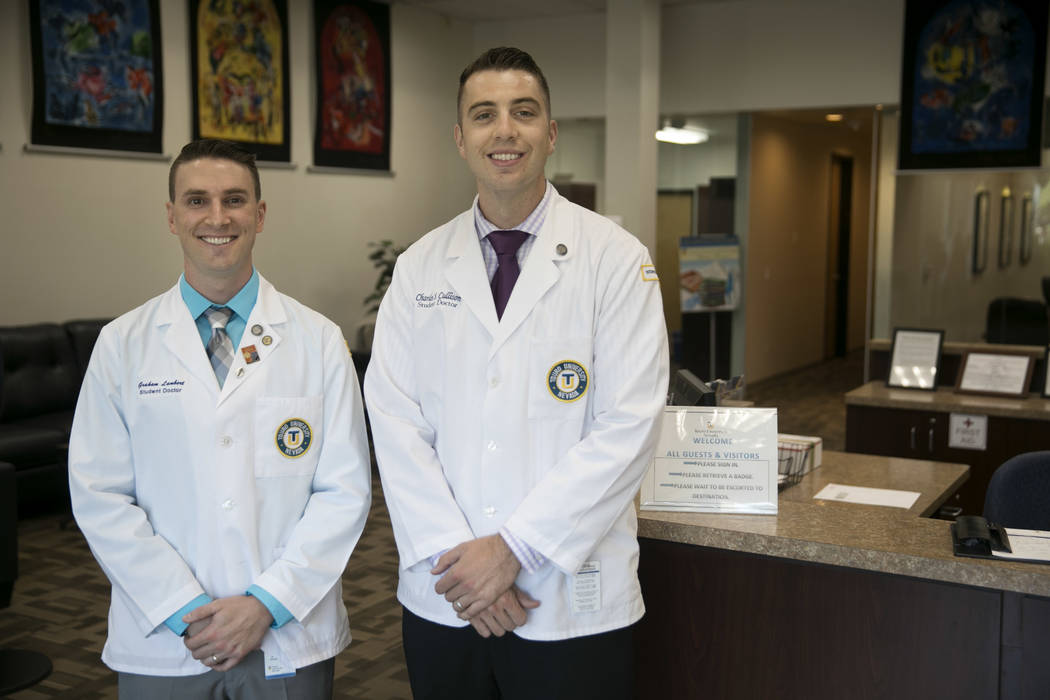 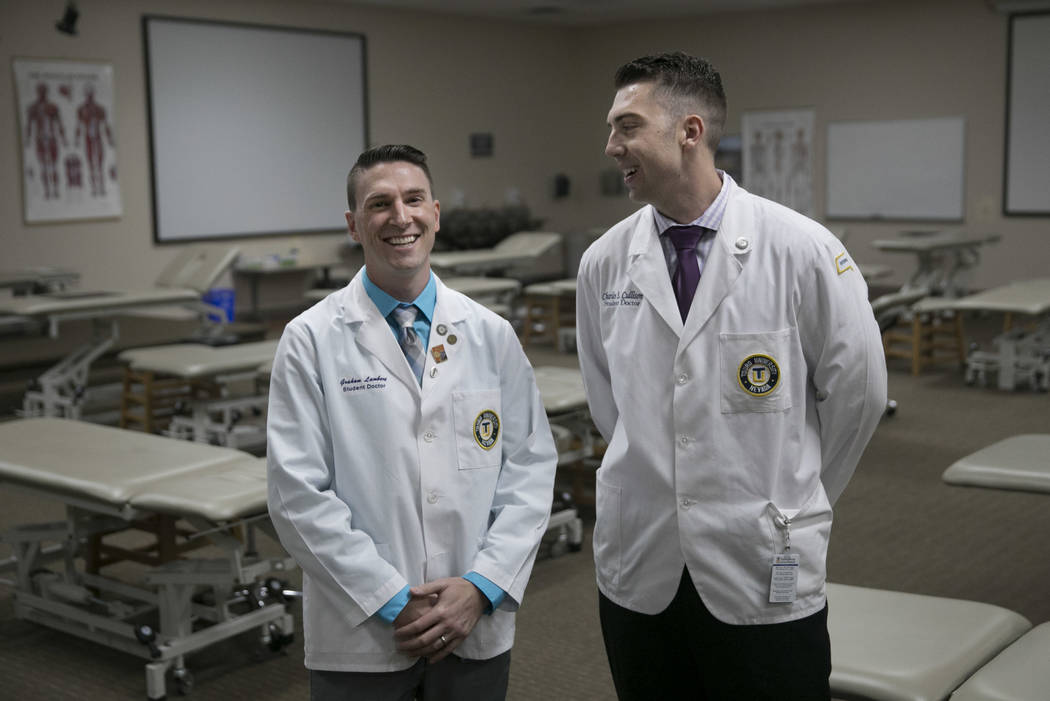 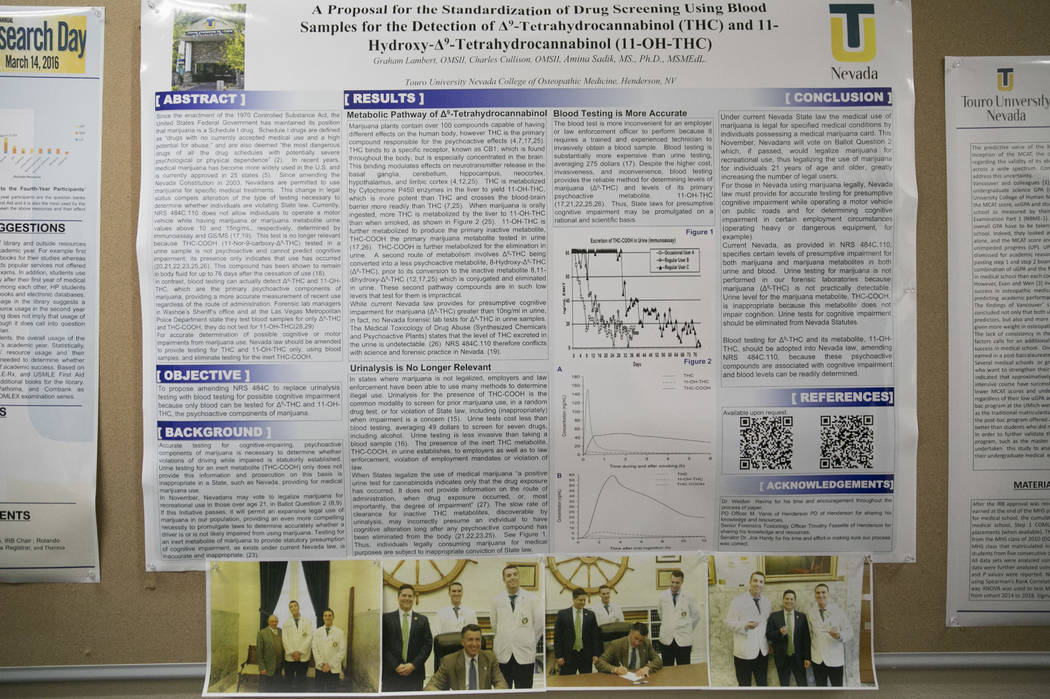 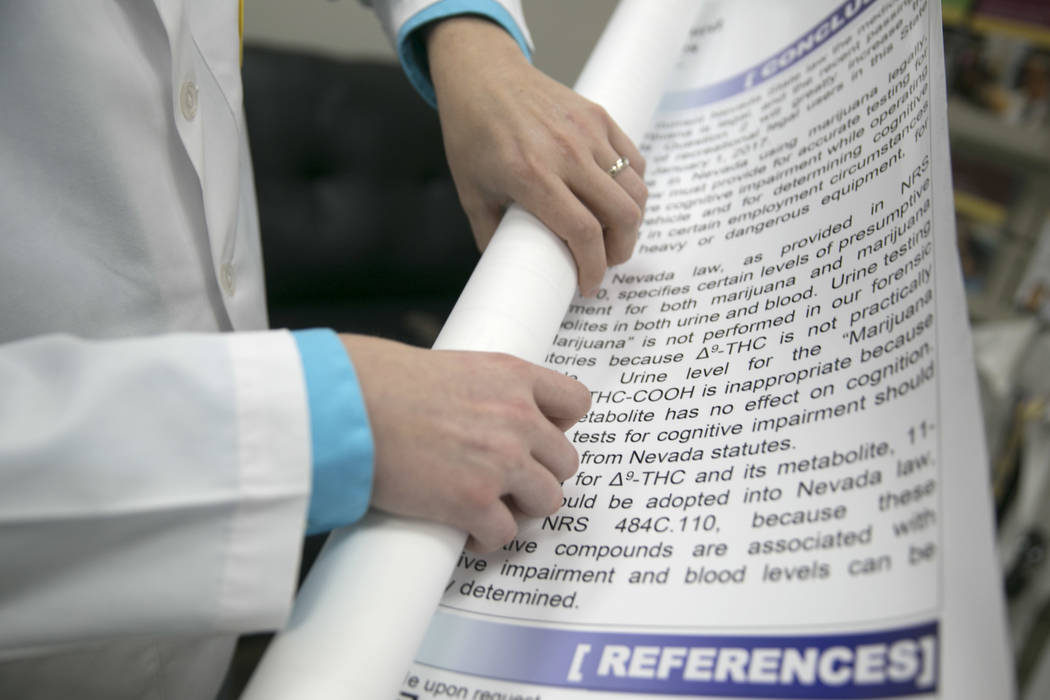 Dr. Weldon Havins was dubious when two graduate students at Touro University Nevada told him last year that urine testing, authorized under the state’s DUI laws, couldn’t detect the components in marijuana that could impair drivers.

“I admit I was a bit skeptical,” said Havins, president of the Nevada State Medical Association and a professor at the Henderson-based medical school. “We were talking about criminal law that had been on the books for years in Nevada.”

It turned out that the 32-year-old Graham Lambert and 25-year-old Charles Cullison — students in his medical jurisprudence class who are both attending Touro through a military scholarship program — had done their homework.

“What the students did is just remarkable,” said Havins, who holds medical and law degrees.

So persuasive was their research that Nevada legislators passed a new DUI measure governing testing for marijuana impairment that Gov. Brian Sandoval recently signed into law. It took effect Saturday.

A blood test is now stipulated to check for delta-9-THC, marijuana’s primary psychoactive ingredient, and 11-OH-THC, a marijuana metabolite, each of which is associated with cognitive impairment.

Before that, the urine tests called for under the old law could detect only THC-COOH, a nonpsychoactive waste product of marijuana that has no correlation with pychomotor impairment and can remain in a person’s system for weeks after he uses marijuana.

“Who would have thought a project for a class and a poster competition could go so far?” said Lambert, still on a natural high from what he and Cullison accomplished.

Lambert, who is married with a 5-year-old daughter, is planning a Navy career. Cullison, whose wife is pregnant and expecting a girl, is planning an Air Force career. Neither is sure what his medical specialty will be.

“Graham and I both study about six to eight hours a day on top of classes that run most of the day,” Cullison said. “Getting involved in this legislation took time but it was so worthwhile. Something we’ll never forget.”

When Havins first told them that they needed to design a project involving medical law and public health and participate in a poster competition — students worked in pairs — Cullison and Lambert had no idea what they would do.

“We were actually drawing a blank on what our project could be … when we read something in the paper about voters going to the polls on recreational marijuana,” Cullison said. “We started to look into it and it really developed.”

They read peer-reviewed journal articles on marijuana from forensic toxicology books and drafted questions they wanted their research to answer. Interviews with Henderson police and a Henderson police toxicologist helped them realize that the Nevada law setting DUI guidelines for marijuana was not based on sound science.

Therefore, Havins said, people could be arrested for marijuana use who hadn’t used it for weeks — and without any evidence of impairment.

“Once I saw an email from them I knew they were the real deal,” said Yeager, who drafted a bill.

In the bill’s first hearing in Carson City, Cullison and Lambert testified that established science proved there was a need to eliminate urine testing in favor of blood testing that could detect forms of THC that signal impairment from marijuana. The pair had an encore performance before the Senate Judiciary Committee.

They obviously were persuasive. Yeager’s bill, AB 135, drew no opposition and the District Attorneys Association and the Criminal Defense Bar Association testified in the bill’s favor. The measure passed easily in both houses and was signed by the governor May 23.

In February, Lambert and Cullison’s poster on testing for marijuana impairment — basically the equivalent of research paper — won the national American College of Legal Medicine competition.

Yeager said the medical students have the state operating on sound science when it comes to testing for the presence of marijuana’s psychoactive ingredients, but more work needs to be done. He said that unlike testing for alcohol — where a blood alcohol level of 0.08 is considered impaired — there is no scientific standard for marijuana impairment.

That means that under Nevada law, a driver could be arrested for a marijuana DUI if just a trace amount of THC is detected.

“The students have shown us that things can be done scientifically,” he said. “We’ve just got to continue working to get things right.”