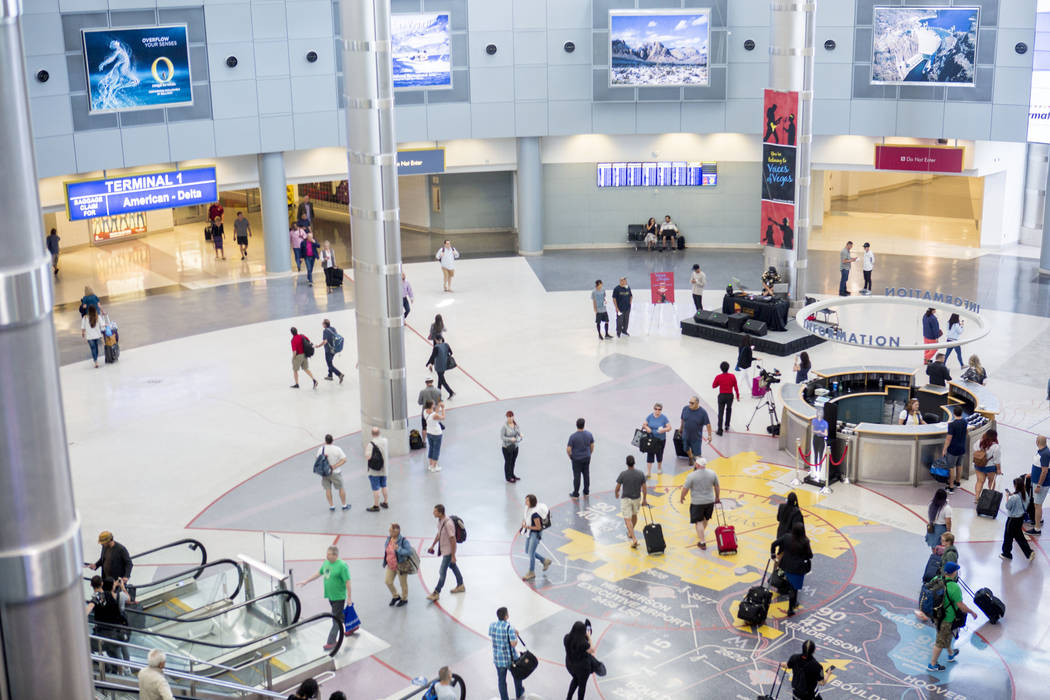 Lighting up is off-limits because airports are subject to federal regulations and federal laws prohibit marijuana use, but marketing of the drug is another matter.

Although commissioners and Aviation Department Director Rosemary Vassiliadis agree that no advertisements should be placed on airport property, there was discord about vinyl-wrapped taxis.

“We have to be realistic about this,” Vassiliadis said. “We never had in mind to monitor ‘this cab can come here, this cab cannot.’ That’s not realistic.”

Vassiliadis pointed out the airport has allowed taxis advertising medical marijuana onto its property and that the practice has never caused trouble with the Federal Aviation Administration.

“I would like to see us to go to the limit at the airport and ban everything as related to recreational and medical marijuana,” he said. “I personally don’t want to see Las Vegas as the target market for the feds to come in and say ‘Hey, you’re pushing the envelope.’”

Commissioner Jim Gibson said the county needed to focus on being practical.

He asked what would happen if an airline passenger landed with a T-shirt sporting a marijuana leaf, or if a dispensary owner whose car was wrapped to advertise their business used the airport parking garage.

“We want to do something that can be enforced,” Gibson said. “Something that, first off, our community can support. Then something that does not strip the operational capacity of the airport.”

Another potential problem is that the airport owns land throughout the county that it leases to private businesses. The county must determine whether advertising marijuana will be allowed there or not.

Commissioners voted to hold the matter for one month and ordered the district attorney’s office and Aviation Department to refine the language of the proposed laws. The county’s Green Ribbon Panel will also meet to discuss the issue.

“We know these people are creative,” commission Chairman Steve Sisolak said of companies advertising marijuana. “I appreciate their creativity, but let’s set the rules down.”