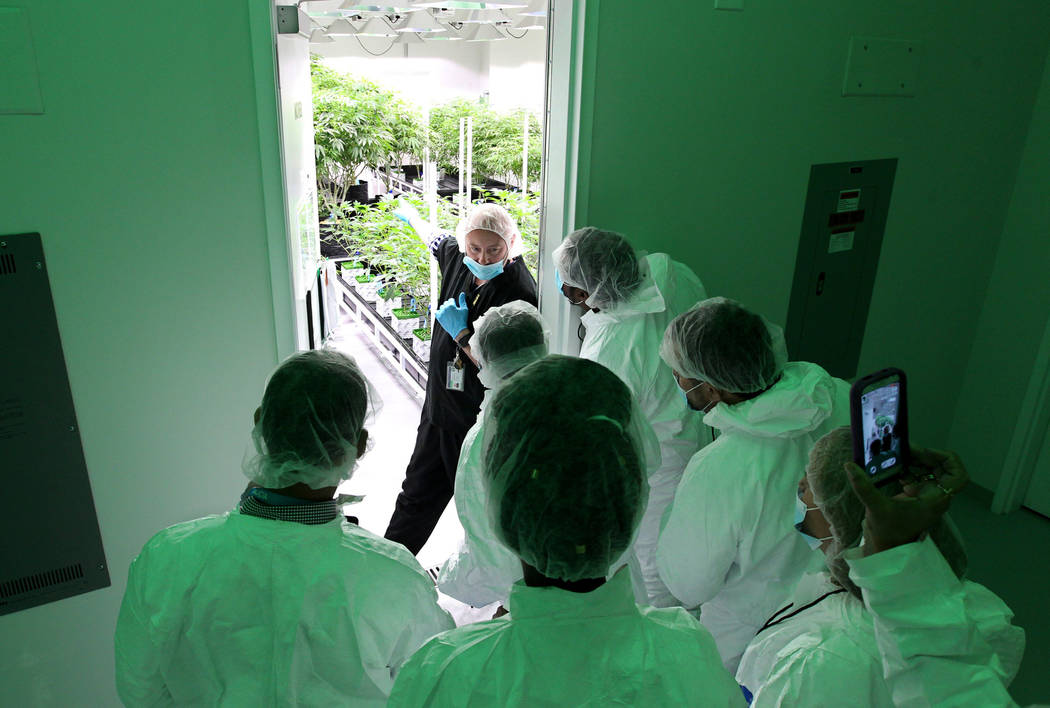 A few cannabis companies are reaping riches after the latest Nevada dispensary licensing round.

Green Growth Brands and TapRoot Holdings have each been awarded seven licenses to operate in the state, while GreenMart NLV took home four.

This month Nevada awarded 61 conditional recreational dispensary licenses, including 31 in Clark County. Currently, there are 65 dispensaries operating in the state.

The Nevada Department of Taxation, which oversees the industry, declined to name the awardees until they receive a final state license after inspection. That could take up to a year.

“We certainly have the intention of opening up all seven locations,” Terry said. “With the addition of these new licenses we are now vertically integrated, as previously TapRoot only had cultivation and production here in Nevada.”

Many companies were looking to snatch up a state dispensary license. Las Vegas in particular remains a top market for many cannabis companies seeking to build a national brand because of the large number of tourists who pass through town.

“Our presence in Nevada has been strategic from the start. With 3 million residents and 42 million annual visitors, this is a market like no other, which is why we chose Nevada as the first state where we will present the full expression of our brands, products and services,” Green Growth Brands CEO Peter Horvath said in a statement.

Nevada has so far lived up to the hype. The state posted nearly $425 million worth of recreational marijuana sales in its first 12 months, beating expectations. Brokerage firm Canaccord Genuity forecasts Nevada sales will reach $1 billion by 2022.

Not all were pleased to see a few players receive so many licenses. The Las Vegas Medical Marijuana Association said distribution should have been more widespread.

“There were a large number of small businesses that were shut out. As a state we need to increase the diversity of ownership. It would be good for the industry and the community,” the association said in a statement.

Nevada limits the amount of licenses held by any one person or group of people in a county of 100,000 or more to 10 percent.

Green Thumb Industries is currently the largest recreational dispensary operator by locations with five. Green Thumb, which last month bought the Essence dispensary brand, did not say if it was awarded more licenses.