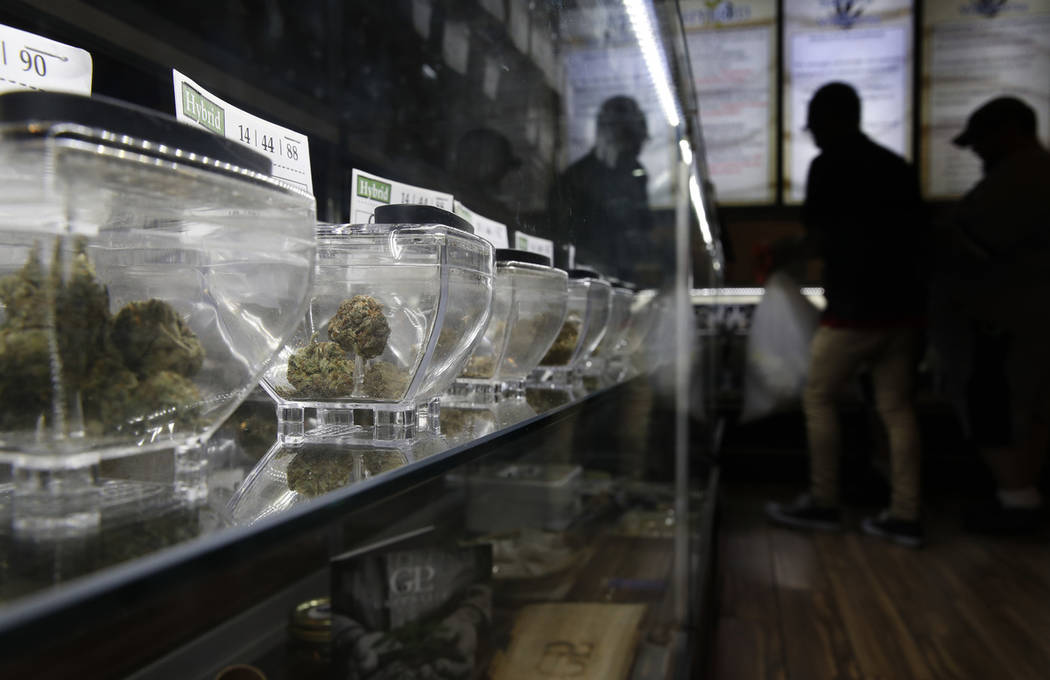 Marijuana is on display at 420 Sahara Wellness in Las Vegas on Aug. 1, 2018. Nevada regulators and industry insiders say the state's first year of adult-use marijuana sales has exceeded their expectations. (AP Photo/John Locher)

Michael Frey and his brother Robert are suing their partner in a Nevada cannabis business for $125 million.

It is the latest in a series of lawsuits by investors in a booming local industry that is creating multimillionaires in a flash.

The Frey brothers own a 50,000-acre cannabis cultivation and production facility in Nevada and are part of a joint venture called Naturex that owns the Zen Leaf dispensary in Las Vegas.

In a lawsuit filed Tuesday in Clark County District Court, the brothers accuse Illinois-based Verano Holdings, which owns the other half of Naturex, of secretly submitting an application for new Nevada licenses without them.

Verano is one of the largest marijuana companies in the U.S., owning or managing 69 dispensary licenses across 14 states, according to its website. It currently operates 10 facilities in seven states and is building dozens more.

The company recently raised $120 million in capital for expansion. This month it hired PepsiCo executive Ron Goodson as president and chief operating officer.

Verano CEO George Archos said the company is aware of the complaint but has not had an opportunity to review the claims.

“Based on what we know of the allegations, however, we do not believe the complaint has merit,” Archos said in a statement to the Las Vegas Review-Journal. “We intend to defend aggressively against these claims.”

The company was the biggest winner of that round, taking home one out of every six licenses awarded by the department.

The Freys say those licenses combined are worth about $150 million. They are seeking half that sum, as well as $50 million in lost cultivation sales to those future dispensaries.

Verano bought a 50 percent stake in Naturex in August 2016 from the brothers for an undisclosed sum.

The brothers said in their lawsuit that they submitted all the necessary information to Verano so it could submit the application on behalf ofNaturex.

However, they claim Verano decided not to submit the joint application because it had not determined where it would build new dispensaries in Nevada.

“Defendants claimed the applications would be incomplete without locations specified in the application materials — albeit an incorrect analysis and unsubstantiated excuse proffered by Defendants — to which plaintiffs reasonably relied on such misrepresentation at the time,’’ the lawsuit states.

The Freys say Verano submitted an application through Lone Mountain without initially telling them.

Verano “intentionally and maliciously usurped the opportunity available and belonging to Naturex and instead utilized the Naturex materials for its own entity defendant Lone Mountain to apply without including plaintiffs and without informing plaintiffs of defendants’ intended course of action,” the lawsuit states. 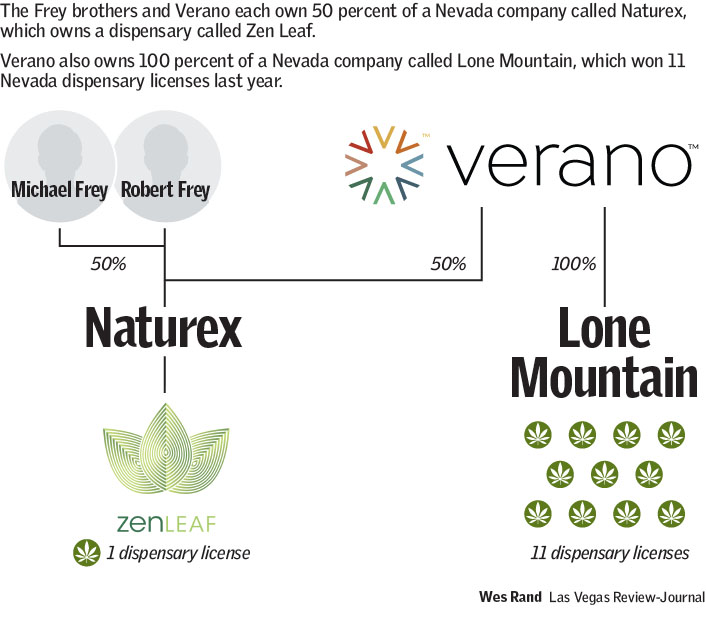