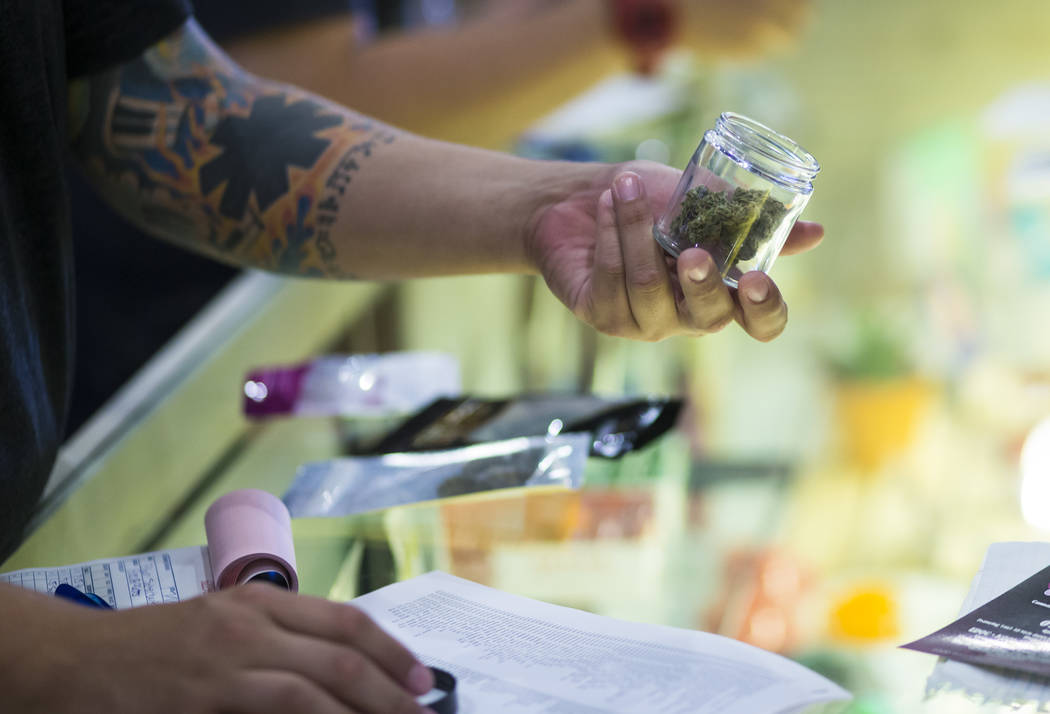 April showers bring May flowers, as the saying goes — and in Nevada’s case, that flower comes from marijuana.

The state set another monthly sales record for the once-illegal plant. Recreational sales in May reached $43.74 million, exceeding the previous record of $41 million set in March, according to state Department of Taxation data released Thursday.

Tax collections for the first 11 months of the fiscal year totaled $62.6 million. That’s 25 percent more than was projected for the entire fiscal year with June collections still outstanding.

The $7.11 million in tax revenue from medical and recreational pot sales for May topped the previous monthly high of $7.09 million in March.

Including marijuana for medical purposes, Nevada reported $47.94 million of sales in May.

Customers contributed $4.37 million to the state from the 10 percent tax on recreational marijuana. Legal recreational sales started in July 2017. 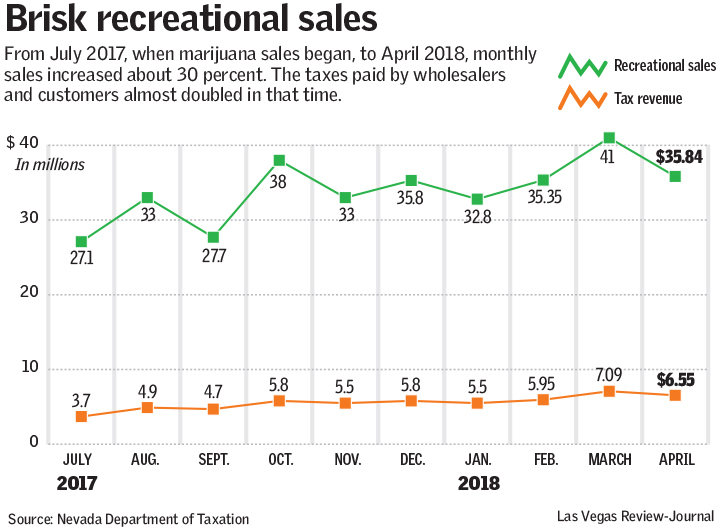 The 15 percent wholesale marijuana tax on growers contributed $2.74 million to the state.

Since recreational sales started, the state has reported $481.46 million of sales for recreational and medical marijuana and related goods. This contributed to the 17 percent growth in taxable sales across all Nevada sectors from July 2017 to May 2018.

“While marijuana-related sales may be a fairly small portion of overall sales activity in the state, they have clearly contributed to the growth Nevada has witnessed over the fiscal year,” according to a taxation department statement.

“Given the month-to-month trends in marijuana-related sales and revenues we have observed, indications are that we can reasonably expect those trends to continue with June’s numbers and into the next fiscal year,” the statement said.

Based on sales to date, Tax Director Bill Anderson says all indications are the trend will continue in June and into the next fiscal year.