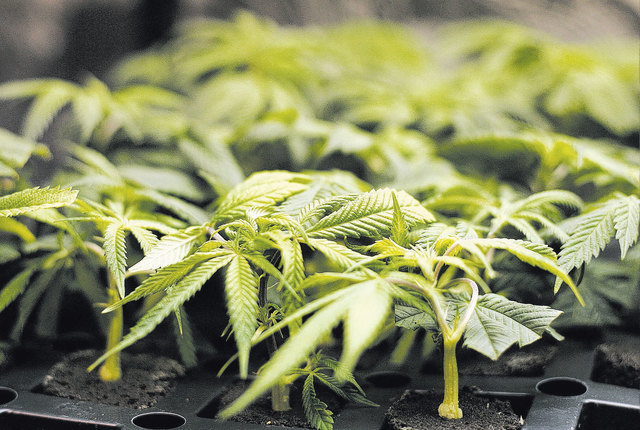 Las Vegas’ first round of pot permit hearings was a marathon, not a sprint.

They approved 26 pot dispensaries, more than double the number set aside for the city by Nevada regulators.

It remains unclear how many of those city-qualified applicants will get the go-ahead from the state health department.

Applicants who receive both city and state credentials will be routed back to the City Council for a final, as-yet-unscheduled suitability hearing.

Those whose applications are denied in both jurisdictions will have to hope for better luck next year.

Five hybrid pot production and cultivation permits were tabled to a later date and five others were withdrawn at the applicants’ request.

Action on those permits almost didn’t get off the ground, thanks to a last-minute motion that aimed to put off an up-or-down vote on the city’s medical marijuana hopefuls until after Nevada regulators are expected to hand down their opinion on the applicants on Monday.

Coffin, who has warned of potential lawsuits stemming from the city’s decision to anoint pot hopefuls before they get the state’s blessing, said a weeklong delay would allow city leaders to approach pot land use and licensing approvals with an “unbiased eye.”

He was backed by Councilwoman Lois Tarkanian and Councilman Ricki Barlow. Together, the three represent all but one of the city’s 29 newly approved pot shop, grow house and production facility locations.

It took council members 45 minutes to finally approve the city’s first medical pot shop applicant, one that more than a dozen area residents stood up to oppose.

Neighbors’ misgivings were trumped by city leaders representing the west side of the valley, where Bob Beers, Stavros Anthony and Steve Ross overrode Tarkanian’s bid to deny approval for a pot dispensary at 3500 W. Sahara Ave.

Nuleaf spokesman Bradley Mayer called the group “one of the longest-running dispensary operators in the country” and lamented the city’s decision to deny it a special-use permit without first hearing from state regulators.

“I believe waiting would have made a difference,” Mayer said. “We feel confident the state will find we are a very qualified applicant. … So yes, we were in favor of having all that information available.”