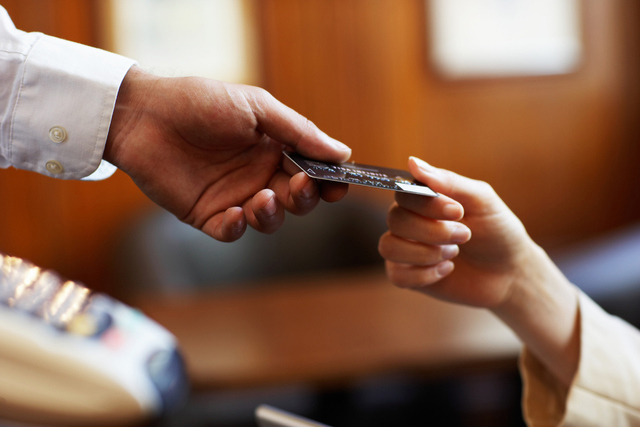 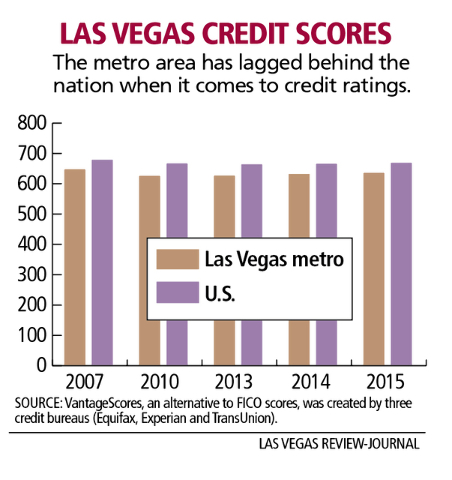 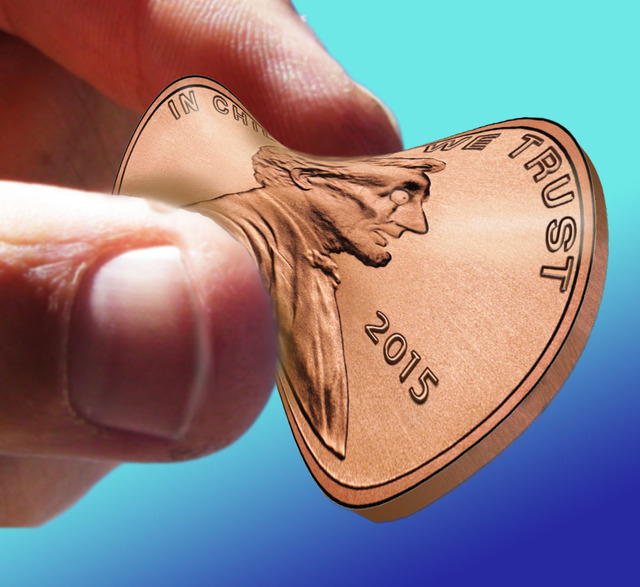 Need groceries or a new coat? Just swipe your credit card. It’s easy to spend when one doesn’t have to count out the money.

According to CardHub.com, a credit card comparison website, Americans were on track to surpass $900 billion in credit card debt by 2015’s end.

Jill Gonzalez, an analyst and spokeswoman for personal finance website WalletHub.com, spoke of the trends in credit card use.

“Credit card issuers are really motivating people to use it for those mundane things like groceries, gas and even things like Starbucks purchases because the award system they offer is pretty lucrative,” she said. “You can get up to 6 percent cash back, depending on your card, whatever you end up putting the bulk of your money on. It used to be (cards were used only for) luxury travel, hotels and plane fare, but that’s really not the case anymore. Post-recession users caught on to the really great rewards points and the reward systems and used them for the more mundane things. So, people now are using them for their everyday spending.”

How much do we owe?

Gonzalez suggested the rewards points aspect of today’s credit cards get people into trouble, with them using their cards just to get that 1 or 2 percent cash back.

“The hope here is that you use the cards and pay them off in full at the end of every month,” she said. “That way, you don’t have debt, but you’re getting that cash back (incentive) for things you’re already purchasing. But we’ve seen in the last few years that people are losing sight of (the proper way to use) the reward system because now people have revolving debt from month to month. They can’t keep up with their bills.”

“Back in the throes of 2008, the average household debt was about $8,400,” she said. “This is just credit cards, not mortgage or anything like that. We saw that significantly lower right when the recession was, so-called, ending. Now, we’re seeing it creep up closer and closer to that $8,400 mark, which was deemed unsustainable almost 10 years ago. … This isn’t just luxury spending; this is everyday purchases they’re putting on their plastic.”

Just as concerning is American consumers’ lack of touch with reality when it comes to how much they actually owe. The total amount of credit card debt that U.S. consumers purport is 37 percent lower than the figures their lenders report, according to the Federal Reserve Bank of New York.

Las Vegas’ numbers — which only take into account card holders within city limits — show the average credit card debt is $5,714, according to http://www.cardhub.com/credit-card-calculator/?

“So, that is a little bit below average,” Gonzalez said. “(That indicates) they have the means to be putting more on their credit cards because they are paying it off, more so than towns near the bottom of this list.”

At the other end of the spectrum is College Station, Texas. Average credit card debt there is $5,601, but based on income and other factors, it would cost Texans five times as much — $25,221 — and take 387 months (about 32 years) to pay it off completely.

“Looking at this, as a whole, people are getting into massive amounts of credit card debt,” Gonzalez said. “We added $70 billion to our credit card debt last year as a country. That has increased every quarter, year over year, just in credit card spending alone since the recession. So, that shows us that consumers have not learned their lesson. They’re spending money that they don’t have. They’re inching closer and closer to these unsustainable levels.”

The trend is causing schools to intervene, teaching students how to budget. Just five states in the country scored an A on the 2015 National Report Card on State Efforts to Improve Financial Literacy in High Schools, a report from the Center for Financial Literacy. Those states were the only ones in the country that require students to take a dedicated semester of personal finance courses. Nearly a quarter of the states received a failing grade, as there were no requirements for teaching financial literacy at the high school level.

John Pelletier, director of the Center for Financial Literacy at Champlain College in Vermont, who authored the report, said he’s visited classrooms where the majority of the high school students expected they would earn at least $100,000 a year.

In Las Vegas, the Junior Achievement Finance Park, assisted by Capital One, sees as many as 4,000 middle and junior high school students. The 12-week program goes into schools and teaches students how to budget and spend wisely. It concludes with a day at the park where they “spend” their income, based on their life scenario, on the necessities of life.

Michelle Jackson, president of Junior Achievement of Southern Nevada, said the program was also about making school a priority.

“It’s critical to teach them at this age because they haven’t gotten to high school yet. There, your grade-point average is critical. … a 3.0 GPA and a 4.0 GPA — the difference could determine which college you get into or what scholarship you receive. So, we focus on eighth grade because we want them to get an idea how important their education is, to make it a priority. With their life scenarios, they see very quickly that the kids who stayed in school longer stand to make more money,” she said.

In 2015, an estimated 73 percent of American households and 71 percent of Clark County households had retirement investments other than 401Ks in stocks, bonds, mutual funds or deposits, according to IXI Services, a division of Equifax. In a financially tight year, such as 2009, it was 68 and 63 percent. Those households are, at least, saving for the future.

Only liquid investable assets are represented and do not include 401Ks. Retirement percentages reflect only IRA investments.

Paying off debt can mean that one’s ability to save for retirement is compromised. A 2014 survey by Bankrate.com, a website based in New York City that specializes in financial rates and information, showed more than one-third of Americans don’t have a penny saved for retirement. More than a quarter of them are ages 50 to 64.

Of non-retirees without access to a 401K plan, 58 percent said it was “not possible” to pay bills and “still” save for retirement, the Wells Fargo report said. That compares to 32 percent of those who have access to a plan, but say they can’t save and pay bills at the same time.

It’s also important to point out that many Americans grossly underestimate how much they will need to retire. A 2015 survey from Fidelity estimated an average of $245,000 for one couple in health care expenses alone. So, even if you think you’re well-prepared for retirement, you may want to rethink that assessment.

“Another scary thought: A lot of people have been saving up since the recession for a major purchase — a new home, a new car,” Gonzalez said. “The average car on the road these days is almost 12 years old. People are ready to buy. They have stable jobs now. So, we’ve been waiting to make these major purchases. Now, that’s not going to go on a credit card. You take out a mortgage for your house. You take out a loan for your car. But when you do buy a house, what comes with it? Buying the furniture and decor. Those things, a lot of the time, do end up on your credit card. “