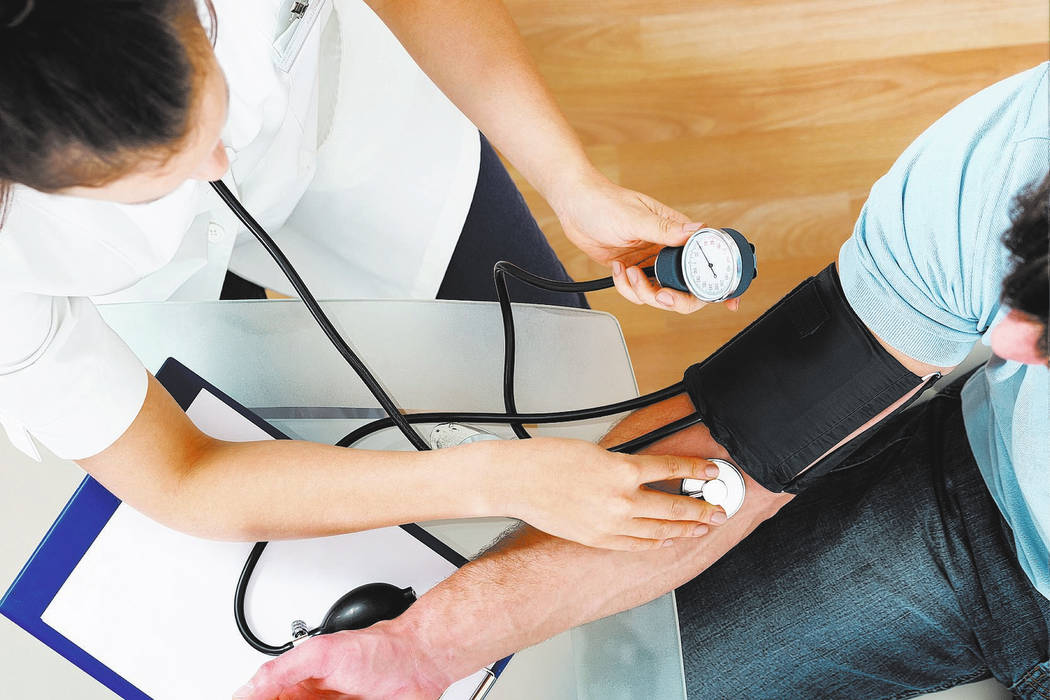 Starting with early voting yesterday — and culminating on Saturday in community gatherings across the state — Nevadans are ready to take part in the first-in-the-West caucuses. It’s a chance for Silver State Democrats to rekindle our democracy and offer their unique perspective as one of the most diverse, most unionized states in the nation. But more than that, it’s an opportunity to stand up to President Donald Trump and chart a better path forward on vital issues such as health care.

Health care is different from other policy issues — at its core, it’s a safeguard against some of the most terrifying, heart-rending moments any of us might confront. It offers dignity in the face of hardship and security at those times when our lives have been thrown into chaos. I know that reality all too well, having endured the devastating loss of my first wife and daughter to a car accident and my son, Beau, to a rare form of cancer. For my family, and for families across Nevada, nothing is more personal than health care.

All of the Democratic candidates vying for your support want to put an end to Trump’s cruel attacks on care and bring the peace of mind of health coverage to every American. But I am the only one running who has actually gotten big, bold health reform done.

One of the proudest days of my life was the day we passed Obamacare. We fought hard against long odds, intractable insurers and deep-rooted cynicism to make it happen. In doing so, we delivered health insurance to 20 million Americans who had been facing life without it — including more than 400,000 Nevadans, more than 150,000 of whom were children. That law protected the care of more than 100 million people with pre-existing conditions, barred insurance companies from capping essential benefits and allowed young people to remain on their parents’ health plans until they turned 26.

It wasn’t just a policy. It was a declaration of our national conscience that health care isn’t a luxury — it’s a right we all deserve.

Nevadans need a president who understands that the worst thing you could do for people struggling with a health crisis is destroy the Affordable Care Act. I believe the best way forward is to build on Obamacare with a Medicare-like public option for every single American who wants it.

You know better than anybody else what works best for your family. That’s why my plan starts with a choice: You can stick with private coverage, including quality plans that unions have negotiated, or you can go with a public option.

That public option will force insurers to keep premiums in check in order to compete for your business. We’ll lower premiums further by ensuring that no American ever has to spend more than 8.5 percent of his or her income on care — and that number will be even lower for lower-income families. Finally, we’ll reduce costs by making it less expensive to choose a plan with lower deductibles and out-of-pocket spending.

This approach gets us to universal coverage faster and more effectively than any other candidate’s — and it does so without erasing the work of unions that have bargained for coverage they like. Most importantly, it’s a plan that we can actually get through Congress right away.

Sen. Bernie Sanders is proposing “Medicare for All” that will cost more than $30 trillion to $40 trillion. When asked how much it’ll cost recently, his answer was, “Nobody knows.” There is simply no way to pay for a program that expensive — roughly eight times the cost of the entire federal budget — without substantially raising taxes on the middle class.

He’s talked about a single-payer system for more than 30 years — but he hasn’t moved the ball an inch in Congress, then or now. House Speaker Nancy Pelosi isn’t for it. Most Democrats in Congress aren’t for it. So how does he propose to get it done?

Vague promises of a “revolution” just don’t cut it as a strategy.

Nevadans want real progressive change on health care — not just talk. Any progress we hope to make will require Democrats to make gains up and down the ballot, so we need someone at the top of the ticket who will buoy candidates in the toughest states and districts. The new members who flipped the House in 2018 will tell you: We simply can’t afford to weigh them down with the baggage of unworkable plans and unpopular labels. Of course, that goes double for the person we choose to take on Trump.

I hope participants in the Nevada Democratic caucuses will join us in standing up for a popular, practical, progressive health care plan that reflects Nevada’s values.