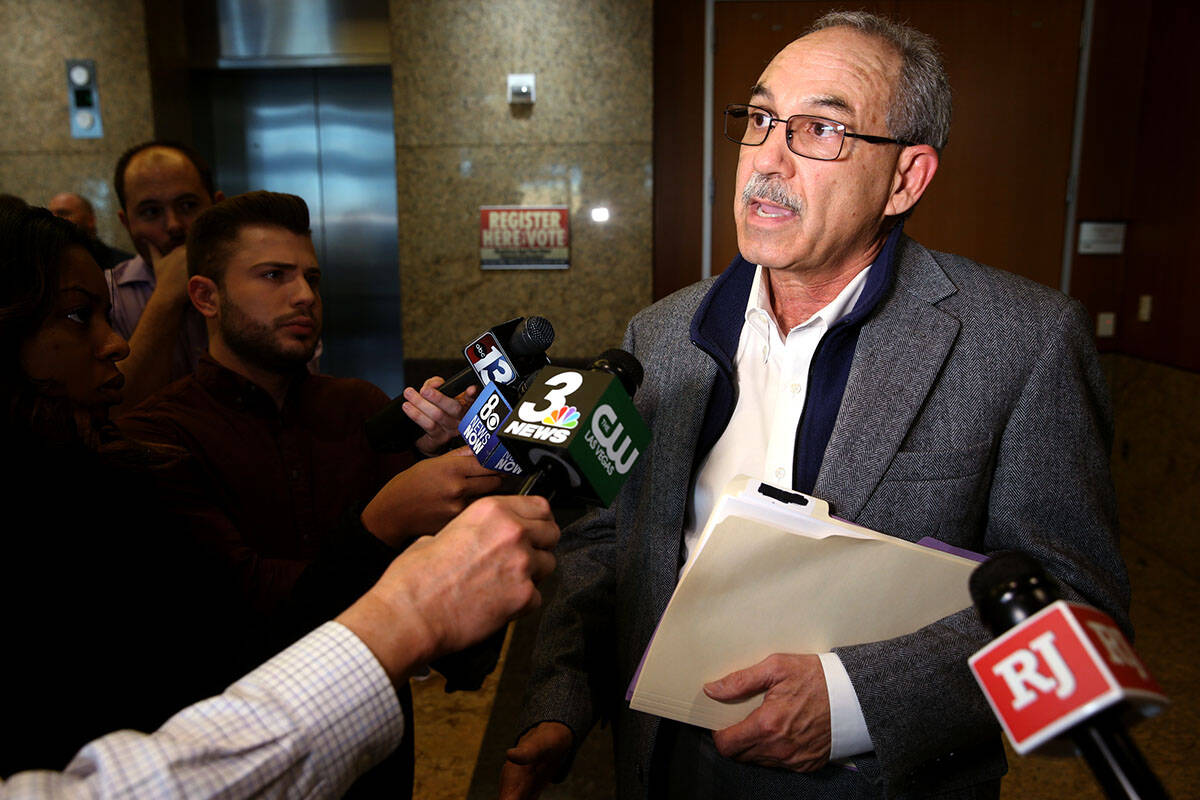 A ballot initiative in Nevada isn’t like a boring date. Even if you no longer find it enjoyable, you can’t get out of it.

In late December, the Clark County Education Association filed a lawsuit demanding that Secretary of State Barbara Cegavske withdraw two initiatives it sponsored. Absent that, voters will decide the fate of the proposals this November.

One ballot question would increase the sales tax by 1.5 percentage points, boosting the rate to nearly 10 percent in Clark County. The other would hike the top gaming tax rate by more than 40 percent.

In its legal action, the union contends the law allows initiative sponsors to withdraw ballot measures. But in previous correspondence, Ms. Cegavske said she would take her direction from a higher law — Nevada’s Constitution. Unless the Legislature approves it, the constitution states, “The secretary of state shall submit” a qualified initiative to voters. “Shall” doesn’t leave any wiggle room.

That didn’t keep the office of Attorney General Aaron Ford from doing the bidding of the teachers union, claiming in a formal opinion that — in this case —“shall” is optional. The easy way to test this theory is to try it with the roles reversed. Imagine Ms. Cegavske, a Republican, declined to submit to voters a tax-raising initiative the union supported. There’s little doubt Mr. Ford and Democrats would have reacted with outrage at her refusal to follow the constitution.

Power politics explains what’s going on. The union used these initiatives as leverage to extract a new mining tax during the 2021 legislative session. That tax was only a small portion of what the union previously claimed was needed to adequately fund education. The union agreed to withdraw initiatives as part of the deal anyway.

Having two massive tax increases on the ballot is likely to harm Democrats, especially Gov. Steve Sisolak. Potential industry spending against the gaming tax increase would likely drive conservative-leaning voters to the polls. That’s before considering that November’s election is shaping up to be a wave election for Republicans.

The union and Democrat leaders appear to know these initiatives are political losers and want an escape clause. But the constitution doesn’t provide one. That’s a good thing. Allowing the union to withdraw these initiatives would only embolden special interests to try similar blackmail-esque schemes in the future.

The Nevada Supreme Court, where this is inevitably headed, has a spotty record when it comes to upholding the clear wording of the constitution. Regardless, Ms. Cegavske is right to prioritize her duty to the constitution above political considerations.