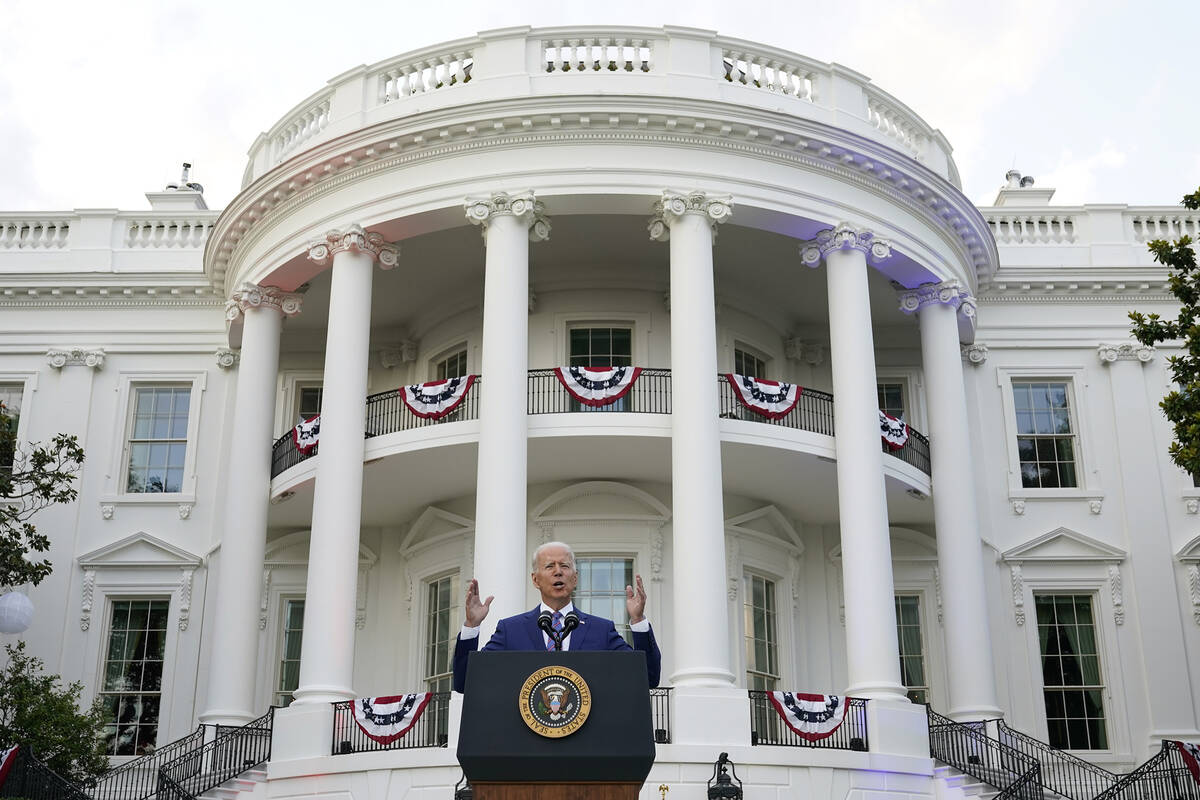 FILE - President Joe Biden speaks during an Independence Day celebration on the South Lawn of the White House, July 4, 2021, in Washington. Last Fourth of July, Biden gathered hundreds of people outside the White House for an event that would have been unthinkable for many Americans the previous year. With the coronavirus in retreat, they ate hamburgers and watched fireworks over the National Mall. (AP Photo/Patrick Semansky, File)

Joe Biden advertised himself as a uniter. But he has been nothing but the divider in chief.

In June 2021, he said that if any of the “right-wingers” have designs to rise against the government they would need “F-15s and nukes,” not just guns. And so as not to be misunderstood how he regards the right-wing extremists — all 74 million who voted for Donald Trump — he said the same thing last week. If the definition of a right-wing extremist is anyone who doesn’t agree with the leftist agenda, then count me among them.

But these are not gaffes. These are the left’s sentiments regarding those of us who treasure the brilliance and sanity of the Declaration of Independence and Constitution. Our founders wrote in those documents about our right to petition the government for a “redress of grievances” if and when tyranny rears its ugly head. And the Second Amendment gives us the ability to make those grievances more weighty.

I want nothing more than to have unity with my fellow Americans. But inflammatory rhetoric spouted by our leader is counterproductive and dangerous.