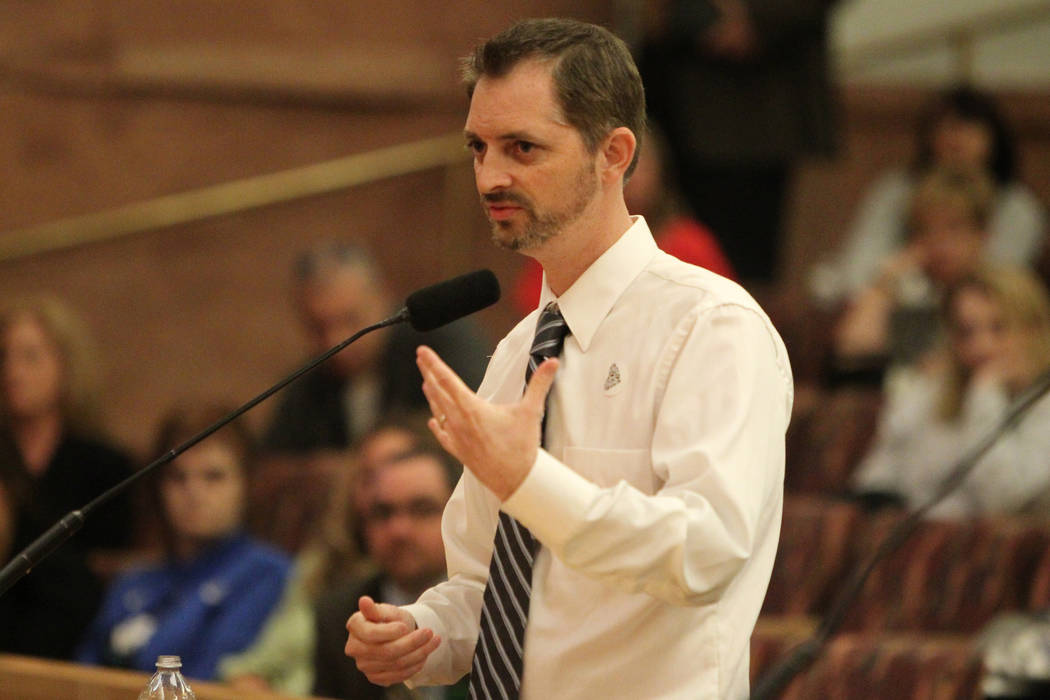 Animal traps should be illegal on public lands, and Nevada should increase the gaming tax to hike education spending. Government should stop the sales of assault weapons and ban businesses from giving away plastic bags and plastic straws.

“Trapping is very unethical,” said Henderson on Nevada Politics Today. “Even a lot of hunters consider it unethical, because the animal is stuck in the trap for long time. They could die from dehydration, starvation, heat stroke.

Henderson contrasted his position with that of Cancela, who he said killed bills last session that would have banned trapping and required hunters to check traps every 24 hours.

“When I entered this race, I was not aware that my opponent was a big supporter of animal traps,” Henderson said.

The Legislature should increase gaming and mining taxes to pay for education, according to Henderson.

“The gaming industry’s taxes have been too low for too long,” said Henderson. “A lot of politicians are afraid to take on the casinos.

“I haven’t done the numbers to see exactly what it should be, but I definitely think there’s room to grow there.”

He also wants to create a state lottery, with the proceeds funding a “teacher trust fund” that goes directly to teacher paychecks.

The definition includes “something that has a detachable clip that can fire excessive rounds of ammunition easily. I’m not a gun expert.”

Henderson has also called for a ban on stores providing plastic bags and plastic straws.

“If you really want a plastic bag, you can bring your own plastic bag,” said Henderson. “So they still will have that freedom.”

“This is my home,” said Henderson. “I live in Nevada. This is my future. If you don’t consider Nevada to be your home, I don’t think you should be running.

“If she really wants to be living in Florida, that’s what she should do.”