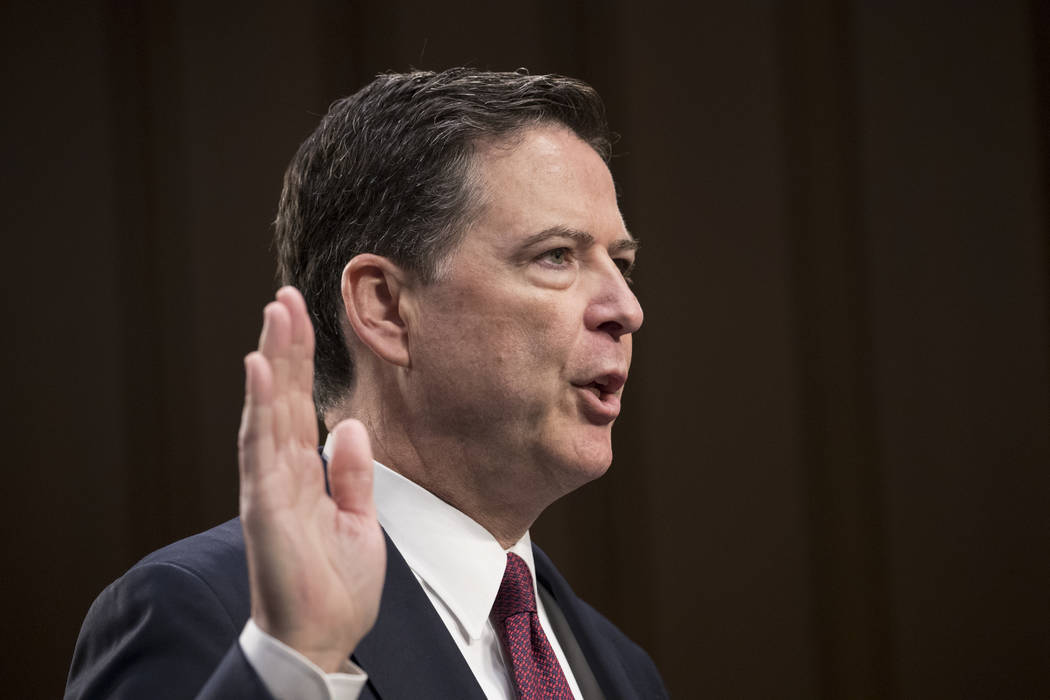 As usual, the media blew the headlines on Friday morning — the day after the Comey hearings.

I watched the whole miserable, wasteful three hours and the only headline should have been: “Script flipped: Trump exonerated, Comey in hot water.”

And the subhead should have been: “FBI chief admits he has no proof of anything; admits Trump was never under investigation over Russia; admits Trump campaign did not have repeated contacts with Russia; admits NY Times lied; admits damning leaks himself; and implicates Obama AG Loretta Lynch for obstruction of justice.”

Sounds like a pretty damn good day for President Trump to me.

Comey admitted he himself leaked sensitive documents. That destroys all of his credibility. More importantly, Comey may very well be charged with crimes after that admission.

Comey stated his leak came only after Trump’s tweet. But the public records show The New York Times published quotes from Comey’s notes the day before Trump’s tweet.

If true, then the former FBI chief may be guilty of not one, but two crimes. First, Comey committed unauthorized disclosure of privileged information. Secondly, he committed perjury under oath if he intentionally distorted the timing of the leaks.

Then there’s the more subtle perjury. Comey was asked a simple question: “If a FBI agent witnesses a crime, is it his duty to report the crime?” There can be only one answer under oath: “Yes.”

But Comey refused to answer “yes” or “no.” Why? Because he was hopelessly trapped. If Comey said “no” he would be committing perjury. If he said “yes” then the immediate follow-up question would be, “Then why didn’t you immediately report President Trump’s crime?” The only possible answer is because Comey knew it wasn’t a crime. Case closed.

Don’t take my word for it. Famed legal expert and Harvard Law School professor Alan Dershowitz said, “under the broadest reasonable definition of obstruction, no such crime was committed.”

Trump was also completely exonerated on the whole Democrat fantasy of a “Russian collusion.” Comey admitted Trump was never even under investigation. It was all a fabrication by liberals trying to destroy the young presidency of Trump.

Even MSNBC host and long-time Trump-hater Chris Matthews admitted after the hearings “There is no ‘there, there’ on Trump-Russia collusion.”

Now it’s time to turn the tables. It’s time for Trump to go on the offensive. Because as every New York street-fighter knows, the best defense is a good offense. Two can play at this game.

It’s time to go after Comey, Loretta Lynch, Hillary and Obama. Take them all on. Name special prosecutors, or special counselors. to investigate all of their scandals and crimes. The door is opened.

It’s fair to investigate Loretta Lynch for what Comey clearly described as obstruction of justice on behalf of Hillary Clinton. And of course, there’s that famous secret meeting between Lynch and Bill Clinton on the tarmac in Phoenix. Comey made it clear that meeting made him queasy. Time to investigate.

Comey is now tainted, so it’s fair to re-open the Hillary email scandal. Remember she not only recklessly allowed classified docs to be hacked because she disobeyed government law, she also deleted 40,000-plus emails after getting a subpoena from Congress.

It’s time to investigate the whole stinking IRS scandal and the IRS commissioner charged with contempt of Congress.

It’s time to investigate the cover-up of Benghazi.

It’s time to investigate the illegal unmasking of Trump officials by the Obama administration.

It’s time to investigate the illegal surveillance of the Trump campaign (and other GOP presidential candidates). This scandal is bigger than Watergate times 10. Obama was illegally listening in.