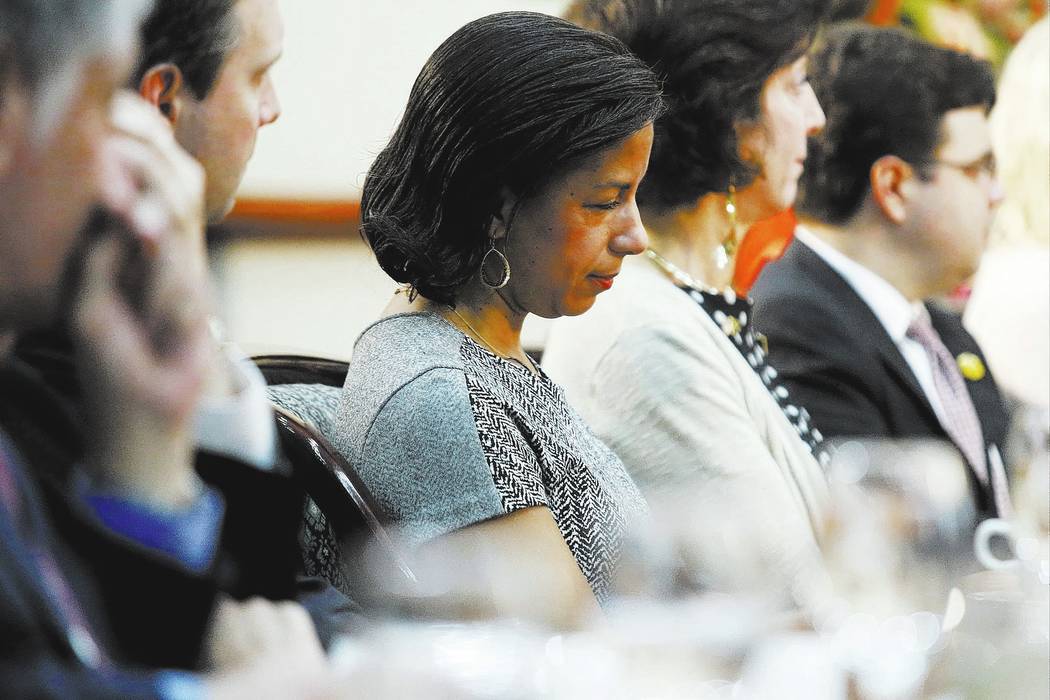 IT’S becoming clear that President Trump was right when he claimed Obama spied on him. This story is on the precipice of turning into the biggest scandal in modern political history. This is Obama’s Watergate — only much worse.

Back in February and March, I made a couple of educated guesses right here in the Review-Journal that may be central to this exploding Obama surveillance scandal.

In my Feb. 1 Review-Journal column, I identified an obscure Obama aide by the name of Ben Rhodes. I pointed out that Rhodes was the main culprit behind some very bad things while in the Obama administration — from the Iran deal, to the U.N. censure of Israel, to the Cuban deal.

But worse, he was involved in media deception. In a New York Times Magazine interview, Rhodes admitted misrepresenting the Iran deal in order to gain the support of the American public.

Rhodes was Obama’s minister of propaganda.

In my column, I begged President Donald Trump to “drain the swamp” by immediately firing Ben Rhodes. I called Ben Rhodes “an Obama plant … out to undermine Trump.”

I also penned a Fox News column that week in which I warned, “Remember the name Ben Rhodes.” I made the case that he was one of the worst people in the Obama administration. A seriously bad guy.

But I went further than my public commentaries. I immediately sent a private note to President Trump and his adviser and son-in-law, Jared Kushner, telling them of my suspicions that Rhodes was the man Obama chose to undermine the Trump presidency by leaking sensitive information. Again, I advised President Trump to fire Rhodes immediately.

How did I know about Rhodes? I studied Obama and his socialist cabal in detail for eight long years. I knew Ben Rhodes did Obama’s dirty work. I noticed in Obama’s final days as president he made sure to reward Rhodes with an appointment to the Holocaust Memorial Council. It was a middle finger to Israel. But more importantly, I had a gut instinct that Ben Rhodes’ appointment was a sign of his importance to Obama and a payoff for his role moving forward — to sabotage the new President Trump.

Well guess what came out earlier this week? Obama’s former National Security Advisor Susan Rice unmasked the names of Trump aides under surveillance and gave the names to none other than the infamous … Ben Rhodes. There’s that name again.

It’s amazing how Ben Rhodes is always at the center of Obama’s bad deals and dirty tricks.

It doesn’t take a Rhodes scholar (excuse the pun) to figure out what happened here. The same Barack Obama who used the power of government to try to destroy critics with IRS witch hunts, also used the power of the NSA and CIA to spy on Trump and his key aides.

Obama ordered surveillance on Trump under the guise of ”Trump’s Russian connections.”

But that also just happened to give Obama vital intel on the Trump campaign. This all started while Trump was running for president against Hillary Clinton. The same Hillary who promised to be “a third term of Obama.” Obama was spying on his political opposition.

My educated guess is Obama passed the information he found while spying on Trump on to Hillary and her team. Which means they knew Trump’s campaign moves before he made them.

Trump won despite Obama’s best efforts to sabotage him, so Obama’s game plan moved in another direction. I’m betting Obama ordered Susan Rice to get all the names of those under surveillance to Rhodes. Then Ben Rhodes got the names and confidential recordings out to his friends in the liberal mainstream media to try to destroy the new Trump presidency.

In my March 8 Review-Journal column, I predicted this entire “Trump Russian scandal” would blow up in the Democrats’ faces. I predicted, “The Democrats just opened up one yuge can of worms. It was the biggest mistake of their lives.”