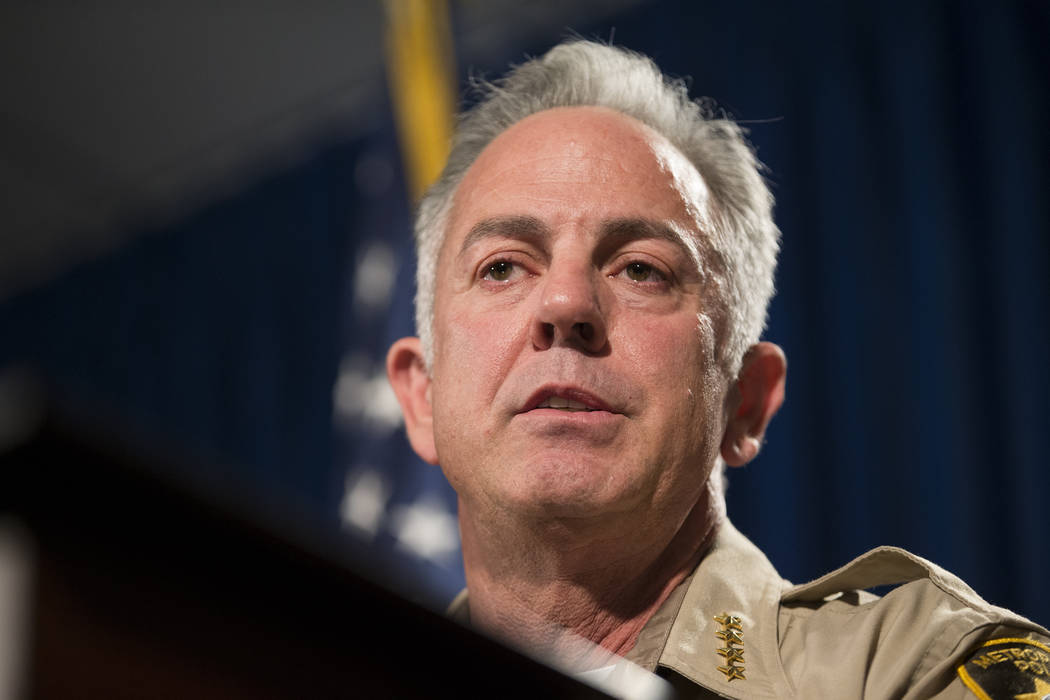 I love cops. I may be the most pro-police media personality in America. Thank God for the brave heroes of “The Thin Blue Line.”

Having said that, I am angry and outraged at Las Vegas’ top cop, Sheriff Joe Lombardo. If a gung-ho, pro-police guy such as me is angry at Sheriff Joe, it’s probably a good idea he listens carefully. I’ve heard from thousands of my fans. His Republican voters are all fighting mad.

Say it ain’t so, Sheriff Joe. It sure looks as if Sheriff Joe, with one bad decision, has single-handedly turned Las Vegas into a sanctuary city.

I’m betting Sheriff Joe will deny that’s what happened. But ask his own Metro officers. I did. Those I spoke to agree with me.

I’ve spoken to many Vegas cops, including several of Sheriff Joe’s top cops (captains and lieutenants). They all agreed that the ruling to no longer turn illegal alien criminals over to U.S. Immigration and Customs Enforcement has indeed turned Las Vegas into a sanctuary city. They reported that members of Sheriff Joe’s own police force overwhelmingly and vehemently disagree with this decision on ICE policy.

I’m certain Sheriff Joe will say, “My hands were tied. I had no choice because of a federal judge’s ruling in California.”

I always liked Sheriff Joe. I’m going to give him the benefit of the doubt. I’ll assume he’s gotten bad advice — no doubt from some bleeding-heart, open borders Vegas lawyer. But trust me, Sheriff Joe, you’ve got to reverse this decision.

In the past few days, I’ve had two constitutional law experts on my national radio show. Attorney No. 1 was Jennifer Braceras, director of the Independent Women’s Law Center, expert on civil rights and constitutional law, graduate of Harvard Law School. Attorney No. 2 was Andrew Arthur, former immigration judge and resident fellow in law and policy with the Center for Immigration Studies in Washington, D.C. Both agreed Sheriff Joe was either wrong or relied on very bad advice.

That California ruling by an extreme liberal Obama judge does not apply to police, only to a specific ICE database and, more specifically, only to ICE in California. They both agreed ICE detainers in Las Vegas are still perfectly legal when used to take criminals off the streets.

And the case Sheriff Joe cites is going through litigation. The two attorneys are both certain it will be overturned. Sheriff Joe had no reason to comply until a final decision by the Supreme Court.

One more important thing for Sheriff Joe to hear. In the two months since Montgomery County, Maryland, put in place a similar sanctuary policy, nine illegal aliens have been charged with rape and sexual assault. The public was enraged. Portions of the anti-ICE sanctuary policy were just rolled back — even in liberal, deep-blue Maryland.

Las Vegas is the tourist capital of America and one of the fastest growing cities in the country. We have a lot to protect. And a lot to lose. This ruling cannot stand.

Sheriff Joe, please reverse your decision. If liberal Maryland can reverse it, so can you.

Contact Wayne Allyn Root at Wayne@ROOTforAmerica.com. Hear or watch the nationally syndicated “Wayne Allyn Root Show” from 3 to 6 p.m. daily at 790 AM and at 5 PM every night on Newsmax TV (Cox channel 96).