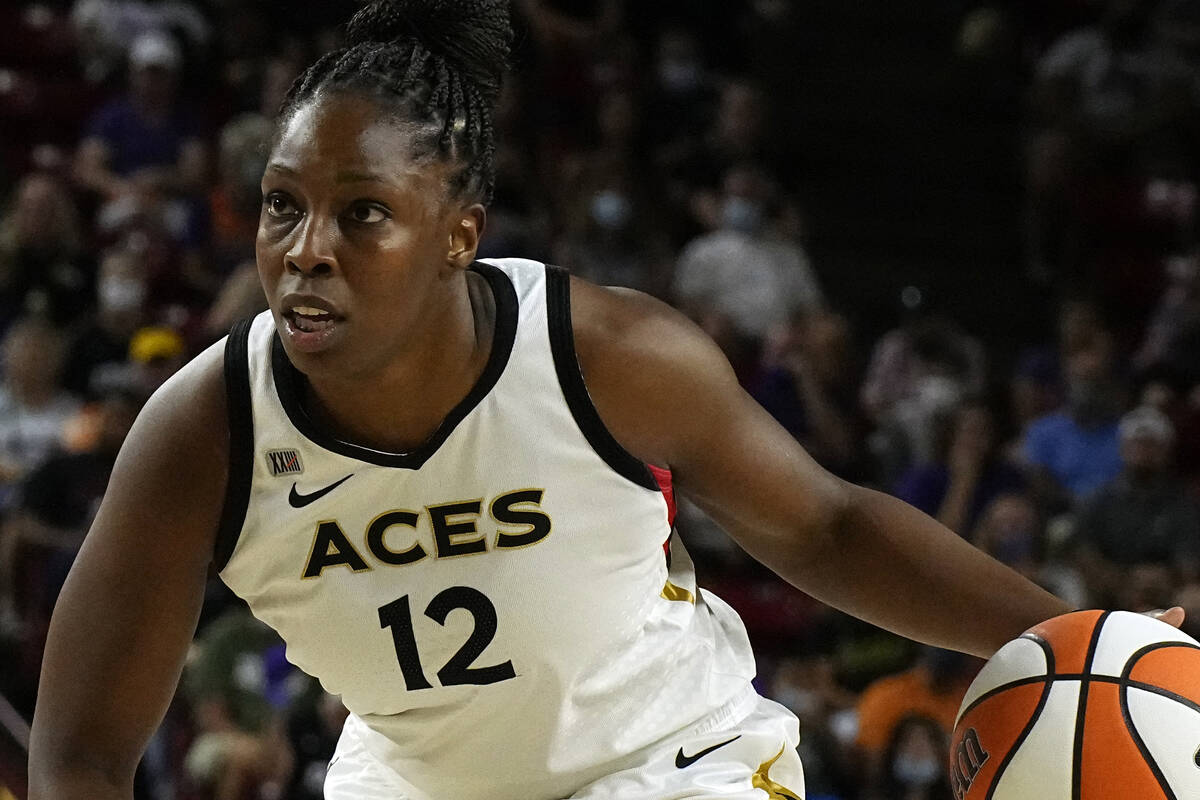 The Raiders aren’t the only team in town struggling with slow starts. The Aces, too, have fumbled away the first quarters in the WNBA semifinals and are facing a 2-1 deficit to the Phoenix Mercury as a result.

In the Game 1 victory, they trailed by nine points at the end of the opening quarter. In Game 2 they faced a 17-point deficit. And they started Game 3 by surrendering 11 consecutive points.

Aces guard Chelsea Gray said “defensively, when we allow them to score easy buckets and have those quarters of 25-plus, that’s when we get into a little bit of trouble.

“Offensively, when we’re not taking the best shot possible, sometimes we’re overthinking a few things,” she added. “We were a bit stagnant. The ball was sticking a little too much. It wasn’t as fluid, with constant movement as usual. That’s what we have to get better at for Game 4.”

There is a sense of urgency for the Aces, who stumbled to their two most lopsided defeats of the season in Games 2 and 3, losing by 26 and 27, respectively.

But there isn’t a sense of panic. Not publicly, anyway.

Aces coach Bill Laimbeer said that an absence of energy has played a role in the slow starts, specifically the one that hampered the Aces on Sunday during Game 3. There figures to be more of that, naturally, in a win-or-go-home Game 4. A study of the Game 3 film yielded several offensive issues that would seem to be correctable.

Even against a Mercury team playing its best basketball of the season.

“Walking the ball over the place. No hard cuts. In the wrong spots. You name it, we did it wrong,” Laimbeer said. “Getting out to the bad start. We put our heads down. … They all realized they were not aggressive at all.”

Laimbeer said the Aces focused in practices on the timing of their offensive sets while adding a “few new wrinkles.” Some of those wrinkles involve 2020 WNBA MVP A’ja Wilson, who is averaging 11.7 points on 38 percent shooting in this series against Phoenix’s formidable frontline of Brittney Griner and Brianna Turner.

Wilson averaged 18.3 points per game during the regular season, and Laimbeer said she “has to really focus and concentrate and understand her responsibility.

“It still falls back on the player,” he said. “The player has to be the one that executes.”

The Aces faced a 2-1 deficit last year in the semifinals against the Connecticut Sun and rallied to win the series and advance to the WNBA Finals. There is an internal believe that the same thing can happen against the Mercury this year.

Gray said “there’s got to be a little bit more pride” in the way the Aces compete Wednesday during Game 4.

“You can’t get caught up in the outcome. When you do the right things each quarter, the outcome will take care of itself,” she said. “We want to bring this thing back to Vegas. There’s got to be a mental focus like none other.”