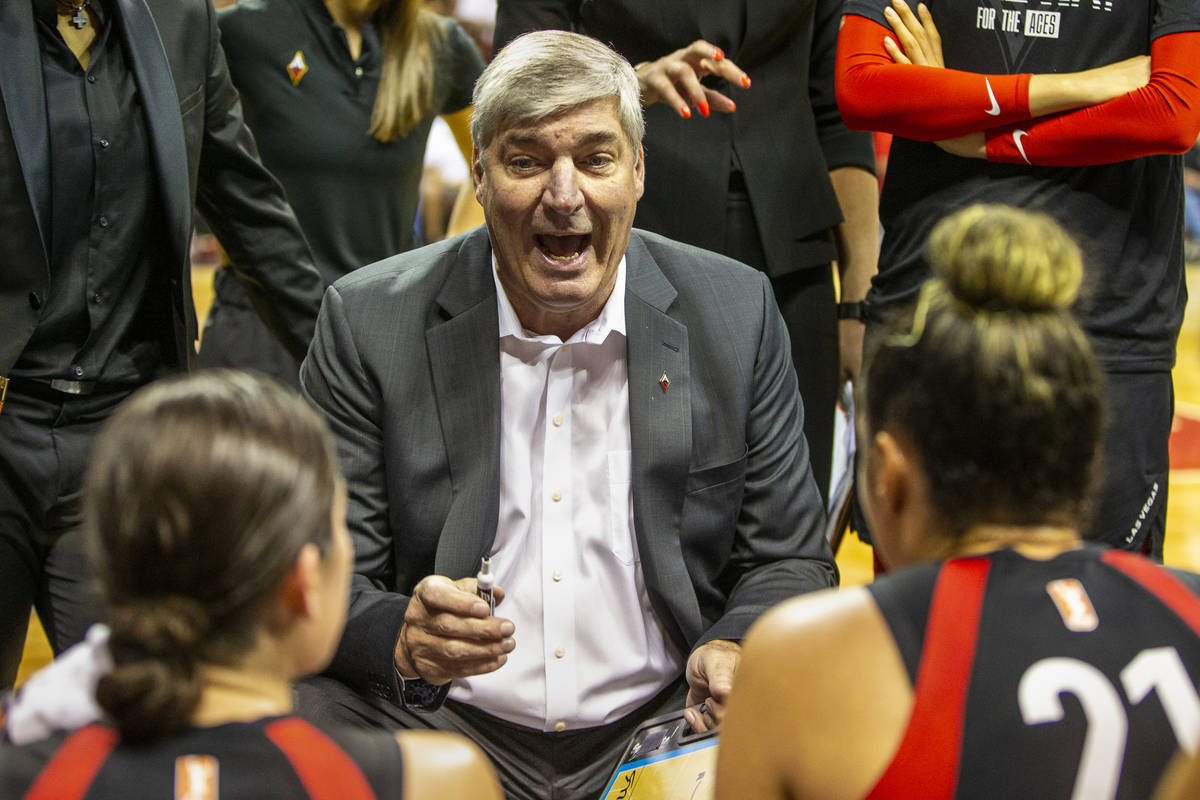 With less than a week left before Sunday’s season opener, Las Vegas coach Bill Laimbeer was asked about what his team has been able to accomplish in practice during training camp.

“Accomplishments … you stumped me,” Laimbeer said. “Not very much at all, except to stay as healthy as we can. That’s hard to say. It sucks to say.”

If there’s one factor that will likely determine which team comes away with the WNBA championship in the bubble in Bradenton, Florida, it’s health.

Whether that’s physical health, avoiding injuries and being able to handle a sprint of 22 games in 49 days, or mental health, making sure the players don’t go crazy with nowhere to go and “nothing to do,” as Laimbeer has often said, the teams that can stay together will have an advantage.

The Aces haven’t had good luck in that regard so far. The roster was leaner than in a normal training camp to begin with, and Las Vegas has yet to have its full team available for a practice.

Kayla McBride arrived late because of a family matter. Carolyn Swords was exposed to someone who had contracted COVID-19, which forced a longer quarantine period. Jackie Young had an abdominal strain that kept her out. All of them are back at practice, but there are others who aren’t as fortunate.

A’ja Wilson, the Aces’ star forward who is expected to take on many of the scoring duties lost when their center Liz Cambage opted out of the season, has been out for a week with a sprained ankle. Laimbeer said she returned to practice Friday, and he’s cautiously optimistic she will be ready for the season opener.

Wilson feels the same way. “I feel great. Even with this ankle injury, I feel great,” she said. “I’m loving my teammates. We’re really starting to mesh and play together. I’m excited to play. My thing this year is working on things that don’t show up on the stat sheet, like pace and moving without the ball. Those will be key for me.”

Guard Sugar Rogers arrived in Florida on Wednesday, but she’ll need to pass COVID-19 protocols to get on the floor. Laimbeer said it’s unsure whether she’ll be available to start the season. On Wednesday, the Aces waived guard Alex Bentley, who they signed last month, because of a knee issue that she couldn’t seem to shake.

Because they have been shorthanded — the Aces have hovered between six and nine available players — they haven’t been able to scrimmage 5-on-5 against each other, but they did get in scrimmages against Minnesota, Dallas and Atlanta in the week leading up to the season opener against Chicago on Sunday.

“I think the team has been able to learn each other with what we have,” free agent signee Angel McCoughtry said. “We have a lot of newcomers, and I like the way we know how to fight through the adversity. We’re just getting the adversity out of the way early, and we just keep moving and keep working with what we’ve got.”

Laimbeer hasn’t been enthusiastic about what he’s seen in the scrimmages against other teams, especially on the offensive end.

Some of that is being without Wilson, who averaged 16.6 points per game last year. In Wilson’s rookie season, before Cambage joined the team, she scored 20.7 points per night and could have more space to operate again this season.

“We have a long way to go,” Laimbeer said. “We’re going to be behind some other teams as we start the season, which is unfortunate. But it’s the hand we’re dealt. We just have to play through and not put our hands down.”

The Aces were the best team in the league defensively last year in terms of field-goal percentage against them, and that figures to be a strength again. Adding McCoughtry, a seven-time All-Defensive Team honoree, should help on the perimeter, but without a shot blocker like Cambage, the question is inside.

Avery Warley-Talbert was signed to replace Cambage, and she’s known as a physical defender and rebounder but is a bit undersized at 6-foot-3. Swords, the Aces’ tallest player at 6-6, will also be called upon to help on defense.

Despite the issues the team has already faced just trying to get people on the court, they’re not using that as an excuse in case they get off to a slow start.

“We demand of ourselves that once we’re done with warmups and we’re on the court, we’re executing at game speed,” Swords said. “We go through all of our drills at pace, so we’ll be ready (when the season starts).”