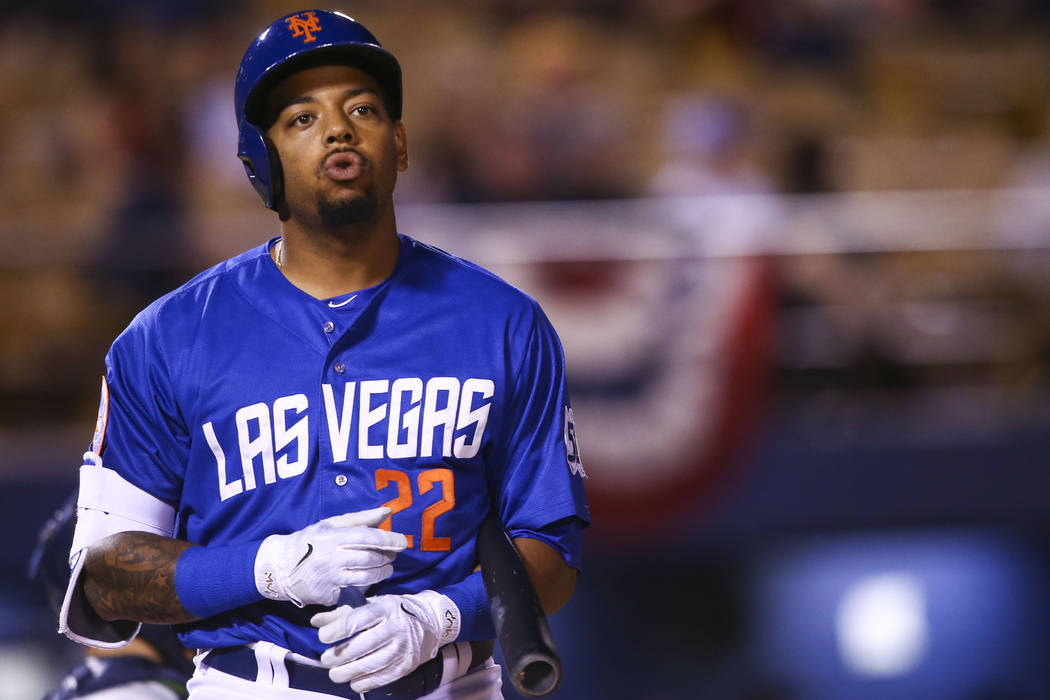 When Dominic Smith was drafted in the first round in 2013, he was told that he might be called upon to play outfield at some point.

It took years until that was brought up again.

With two Mets outfielders hitting the disabled list this month and first baseman Peter Alonso putting up big numbers in Double-A, Smith got his first taste of the outfield on May 19.

So far, he has played right field once for the 51s and left field twice.

“They told me after the draft, they said I would play first, but they said if we sign a big-time slugger or somebody can really hit at first base, then they’re comfortable to moving me to the outfield and I feel OK,” Smith said. “I really worked this offseason to get my body in good enough shape so just in case something did happen or just so I could show my team, the Mets and myself, that I’m more versatile than just playing first base.”

Smith said he played outfield in high school almost every game between his junior and senior seasons because he wanted to show scouts that he could.

But as a professional, it’s been first base only for him.

“Obviously with me being out of shape the last couple seasons, it’s kind of tough to just put me out there but now they see how I’m moving around the field and running around the bases and just being aggressive on the base paths so they thought it could be good for the team and for myself and my career as well,” Smith said.

Manager Tony DeFrancesco has said Smith will likely see two to three games in the outfield per week.

In his first game in the outfield, Smith threw out a runner at second from right field.

Since then, Smith has been doing early work in the outfield a couple times a week as he works to get used to the speed of the ball and how it moves.

“The more reps I get out there, I know I’ll be fine,” Smith said.

Miannay, who has Cystic Fibrosis, wished to be a New York Met for a day.

He spent Saturday hanging out at Cashman Field, playing catch with players, throwing out the first pitch and taking in the game.

After he threw out his first pitch, the 51s revealed that Miannay and his family would be headed to New York to take in the Mets game on May 30.

He left with plenty of souvenirs, including a jersey and a bat from Phillip Evans.

Mets third baseman Todd Frazier is scheduled to join the 51s on rehab on Monday.

Frazier has been on the disabled list since May 8 with a strained left hamstring.