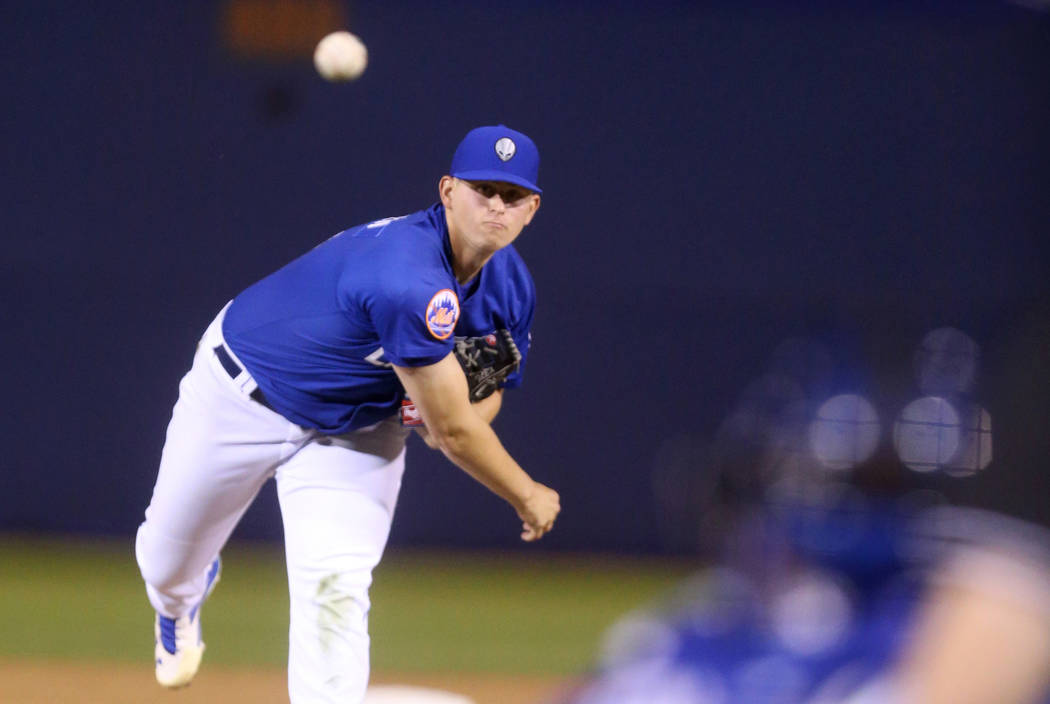 The Tacoma Rainiers had several chances to make the 51s pay on Wednesday.

With 51s pitchers walking 11, the Rainiers had runners in scoring position seemingly all day. But when they needed it most, Las Vegas pitchers always seemed to come through.

And because of that, the 51s walked away Wednesday with their second straight win, beating the Rainiers 5-2 at Cheney Stadium in Tacoma, Wash.

“Our pitching made some pitches when they had to,” Las Vegas manager Tony DeFrancesco said. “Got out of a couple bases-loaded jams. We had a couple double plays. I thought overall just for the amount of walks, they controlled the damage.”

Tacoma scored in the second inning off Chris Flexen, making his first start since June 16, and the ninth against Paul Sewald.

“These guys keep going up and then sitting and not really knowing their role when they get there. It’s kind of tough on a bunch of young kids,” DeFrancesco said. “He (Flexen) pitched one-third of an inning up there, came back down and he’s back in the rotation, so I think it just messes up their between-starts routines and now he’s got to get back to it again.”

Flexen was supported by a run in the first inning on Luis Guillorme’s bases-loaded walk. After Tacoma scored in the second, the 51s responded with Patrick Kivlehan’s RBI single in the third.

Las Vegas (35-44) scored in the sixth inning on Jose Lobaton’s third home run this season and in the eighth on Christian Colon’s sacrifice fly and Jeff McNeil’s RBI double.

McNeil had three hits and Lobaton and Ezequiel Carrera two apiece for the 51s, who won for the seventh time in nine games.

Corey Oswalt was held back from his scheduled start Wednesday, but DeFrancesco said Oswalt was not hurt. The right-hander could be an option for the Mets this weekend in place of starter Jason Vargas, who is on the disabled list with a strained calf.