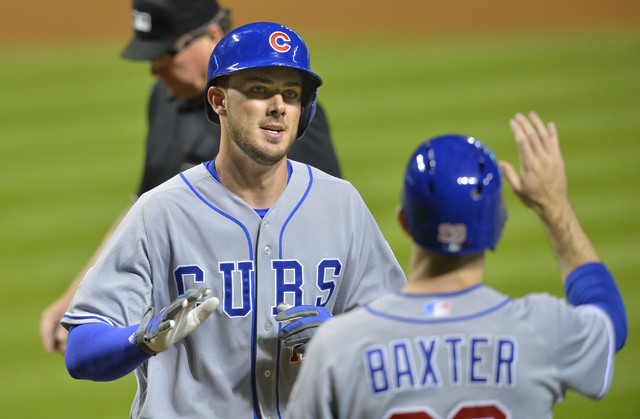 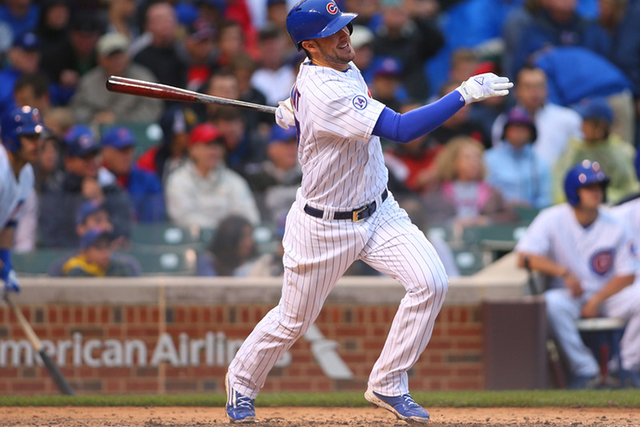 A young slugger from Las Vegas having a breakout season in the big leagues will take part in the Home Run Derby, which will be shown at 5 p.m. Monday on ESPN (30).

However, it won’t be Bryce Harper, who will sit out this year’s homer-hitting contest with his personal pitcher, father Ron Harper, sidelined after rotator cuff surgery. Kris Bryant is the Las Vegan who will swing for the fences on Monday.

The Chicago Cubs rookie third baseman will square off against Los Angeles Angels first baseman Albert Pujols in the new bracket-style format of the annual contest, which will take place at Great American Ball Park.

Pujols, who leads the American League in homers with 26, is the top seed in the field of eight players that are seeded based on their home run totals through Tuesday.

Baltimore’s Manny Machado (5) will face Dodgers rookie Joc Pederson (4) in the other matchup in that part of the bracket, which was announced Wednesday, with the Bryant-Pujols winner facing Pederson or Machado in the second round.

Another change under the new format is that, instead of being given a number of outs per round, each player will have five minutes to hit as many home runs as possible. The clock will stop after after any home run balls hit in the final minute land. It will resume after the next non-homer lands or after a swing and miss.

Players can earn an extra minute if they hit two home runs that land 420 feet or more and a bonus 30 seconds if one of those blasts lands 475 feet or more. The maximum bonus time a player can get is 1:30.

Donaldson hit the season’s second-longest homer April 23 against Chris Tillman with a a blast projected by Statcast to travel 481 feet.

Check out the video of the bomb below.