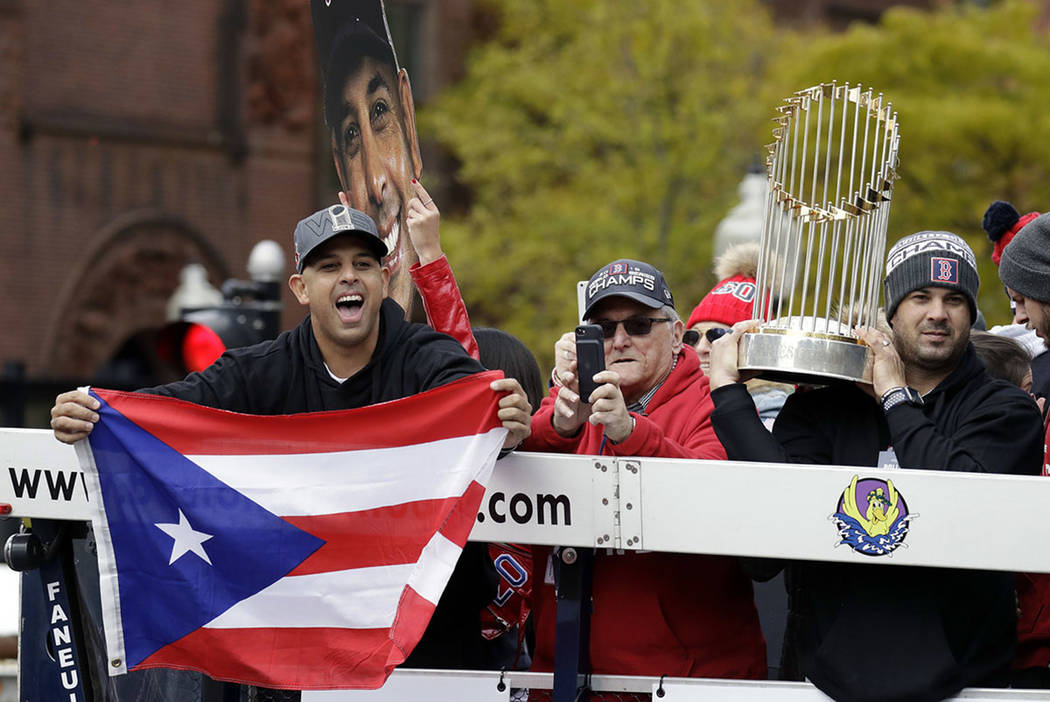 BOSTON — The Red Sox say their brand new World Series trophy has been repaired after getting beaned by a beer can during the championship parade.

The damage occurred during Wednesday’s duck boat ride through Boston, when boisterous fans took to throwing drinks to the players. A team photographer, Jason Varitek’s wife and Alex Cora’s daughter were among those hit.

One can struck the trophy as it was being held aloft, knocking loose some of the golden pennants that rise from the base.

Red Sox spokesman Kevin Gregg says the damage was minor and has already been fixed.

Cora said his daughter was fine, and he said with a smile: “I’ve just got to be ready to make that play.”