If you are having problems accessing today’s e-Edition, please click on this link VIEW E-EDITION
By Kristie Rieken The Associated Press
October 12, 2019 - 8:46 pm 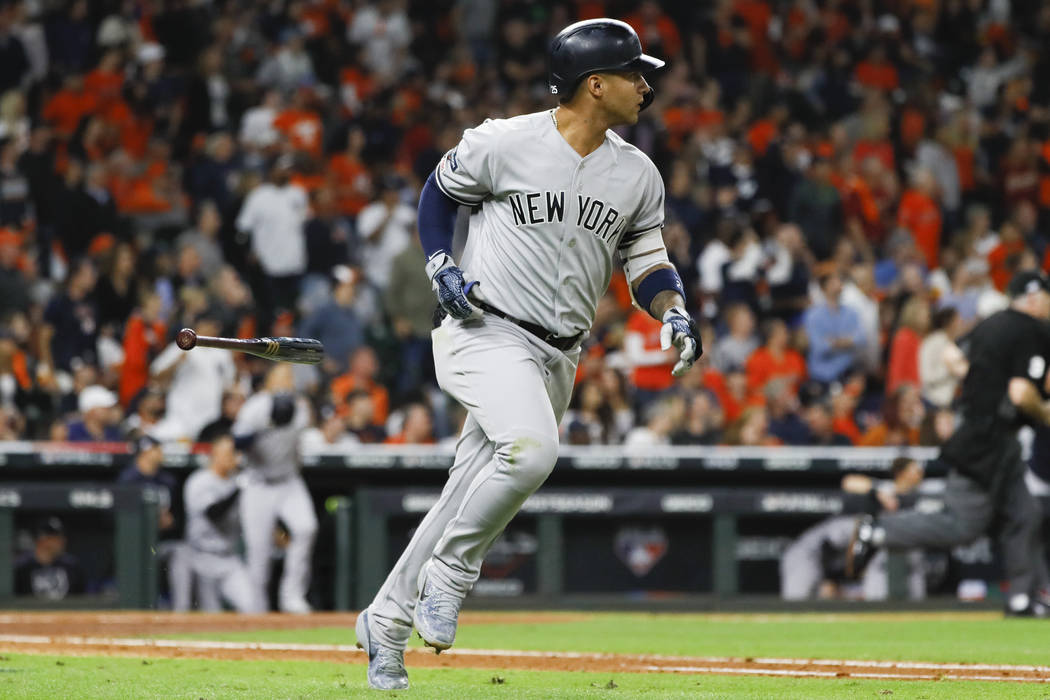 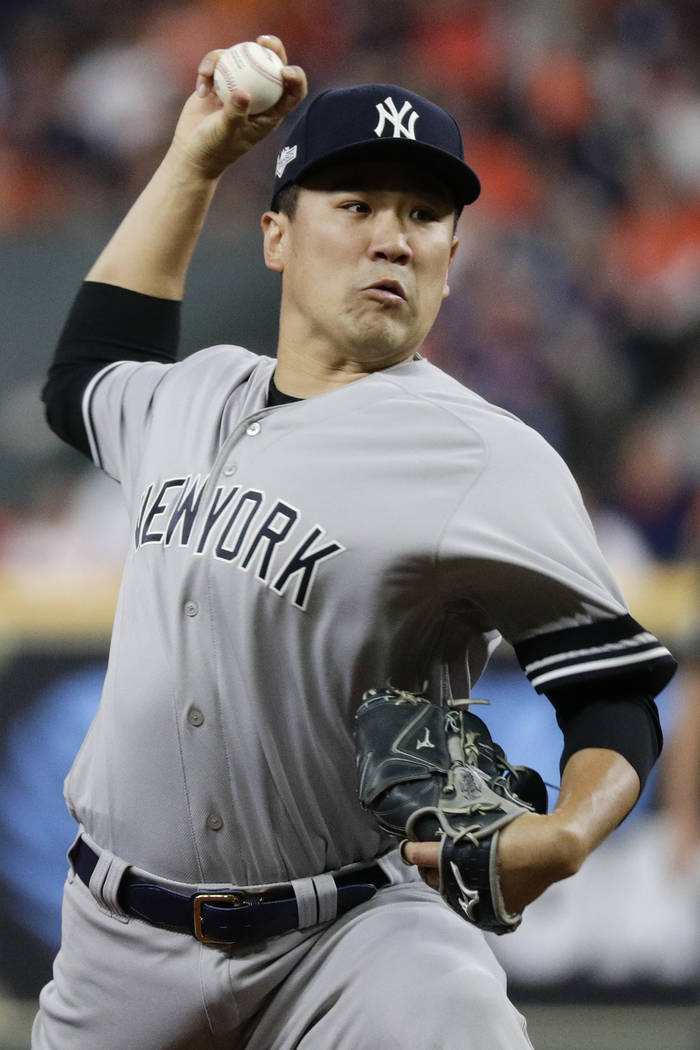 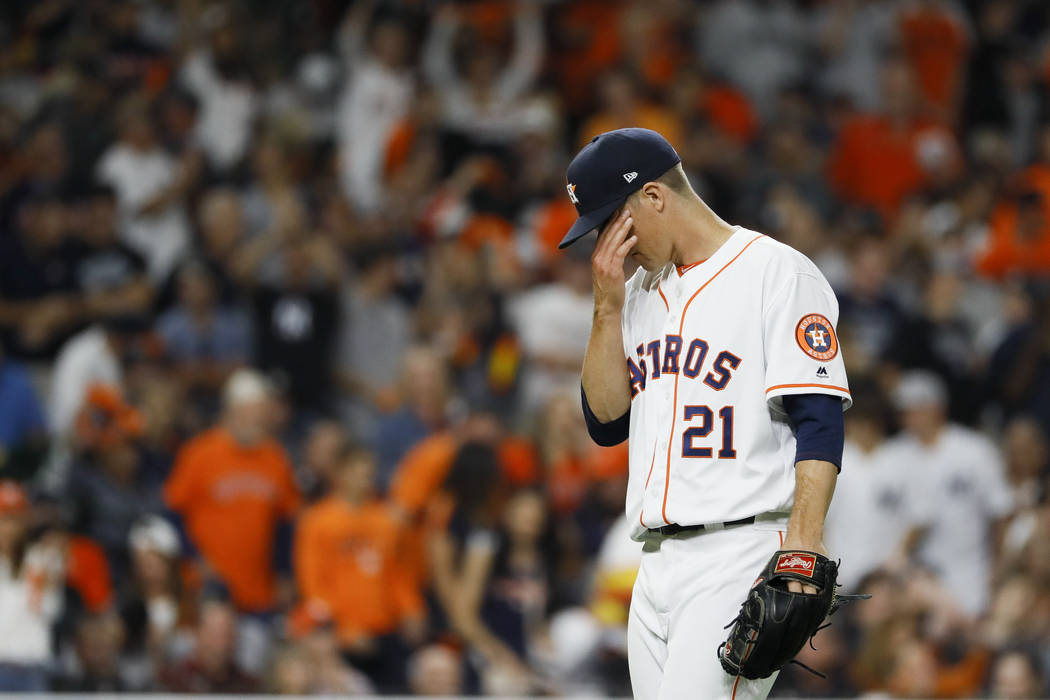 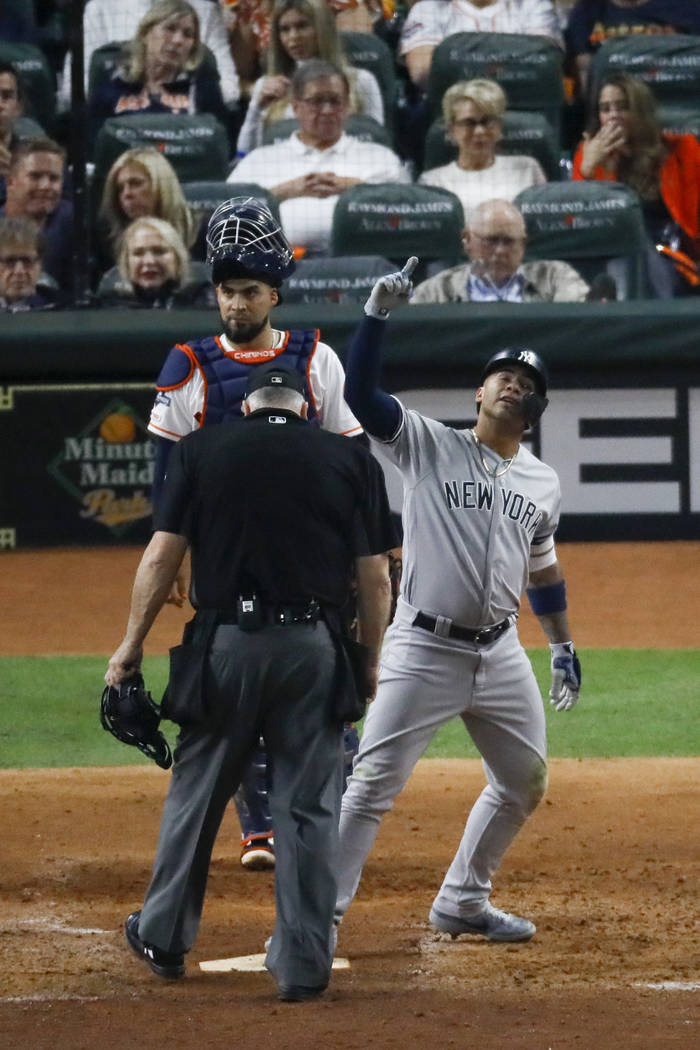 HOUSTON — The youngest Baby Bomber is all grown up. Any surprise Gleyber Torres is doing so well in October?

The 22-year-old Torres kept up his postseason surge with a homer and five RBIs, Masahiro Tanaka polished his playoff resume and the New York Yankees blanked the Houston Astros 7-0 Saturday night in the AL Championship Series opener.

Torres did his part in this matchup of 100-win behemoths with a go-ahead double, a solo homer, a two-run single and an RBI grounder. Moved up to third in the batting order after mashing in a sweep of Minnesota, the two-time All-Star became the youngest AL player to drive in five runs during a postseason game.

“Prepare really well to be here and help my team. So now I got opportunity,” he said.

Brett Gardner, one of New York’s older players at 35, raved about the young second baseman.

“It’s kind of scary for opposing pitchers, but exciting if you’re a Yankees fan,” he said. “He’s just so talented and has a knack for putting the bat on the baseball. No moment is too big for him.”

With so much attention focused on the Astros aces, Tanaka showed he more than belonged on this stage, too. He threw one-hit ball for six innings to outpitch Zack Greinke, improving to 5-2 with a 1.32 ERA in the postseason.

Giancarlo Stanton and Gio Urshela also homered and right fielder Aaron Judge turned in the key play, catching a line drive and doubling Alex Bregman off first base when it was still 1-0.

The Yankees will try to build on their early momentum when James Paxton starts against 21-game winner Justin Verlander in Game 2 on Sunday night.

Houston hardly resembled a club that led the majors with a franchise-record 107 victories. Jose Altuve, Bregman and their teammates were held to three singles.

“I don’t think we’ve really done anything offensively this postseason,” Bregman said. “We need to string together some at-bats.”

The Astros had homered in 30 straight games — every game since Aug. 31 — and their streak was the second-longest in major league history behind a 31-game string by the Yankees this year.

Greinke, acquired at the trade deadline for these kind of moments, produced another lackluster playoff start.

“The Yankees, they can come at you in a lot of different ways,” Astros manager AJ Hinch said.

“Obviously the number’s there and I guess I’m flattered. But the happiest thing for me is us being able to get the W,” Tanaka said through a translator.

Torres picked up right where he left off in the division series where he hit .417 to lead the team — he batted sixth in those games, but was moved higher as Boone tinkered with his lineup to break up the team’s lefty hitters.

Torres put the Yankees out front with an RBI double in the fourth.

There was one out in the sixth when he hit a fastball from Greinke into the seats in left field. Greinke knew it was gone off the bat, and pounded his fist into his glove as soon as Torres left the batter’s box.

Torres singled in the seventh to make it 5-0. He has an RBI in all four of New York’s playoff games this year.

“He likes playing these situations and he’s confident in his ability to produce. And that leads to a dangerous player,” Boone said.

Stanton homered with two outs in the sixth.

The Astros and Yankees were meeting in the playoffs for the third time in five years and facing off in the ALCS for the second time in three seasons. New York’s road win on Saturday night comes after the home team won every game of the 2017 ALCS that Houston took 4-3.

The Astros got Greinke, the 2009 AL Cy Young Award winner, from Arizona in July, hoping to bolster a rotation starring Verlander and Gerrit Cole. Greinke went 8-1 with a 3.02 ERA in 10 regular-season starts after the trade, but has struggled in the postseason and lost both starts.

He was put off when asked if he felt he had to pitch perfectly with no run support.

Greinke took the loss in Game 3 of the ALDS against Tampa Bay in allowing five hits, four of which were homers and six runs in 3 2/3 innings.

Urshela added a solo homer on rookie Bryan Abreu’s first pitch of the postseason to pad the lead in the ninth. Torres drove in another run with a groundout later in the inning.

The Yankees led 1-0 when Bregman drew a leadoff walk in the fifth. Yordan Alvarez followed with a drive that Judge caught on run, and he made a strong throw that first baseman DJ LeMahieu scooped for the double play. Bregman stumbled a bit trying to get back and was nabbed.

“Being able to kind of shut down that inning was huge,” Judge said. “I was excited about that.”