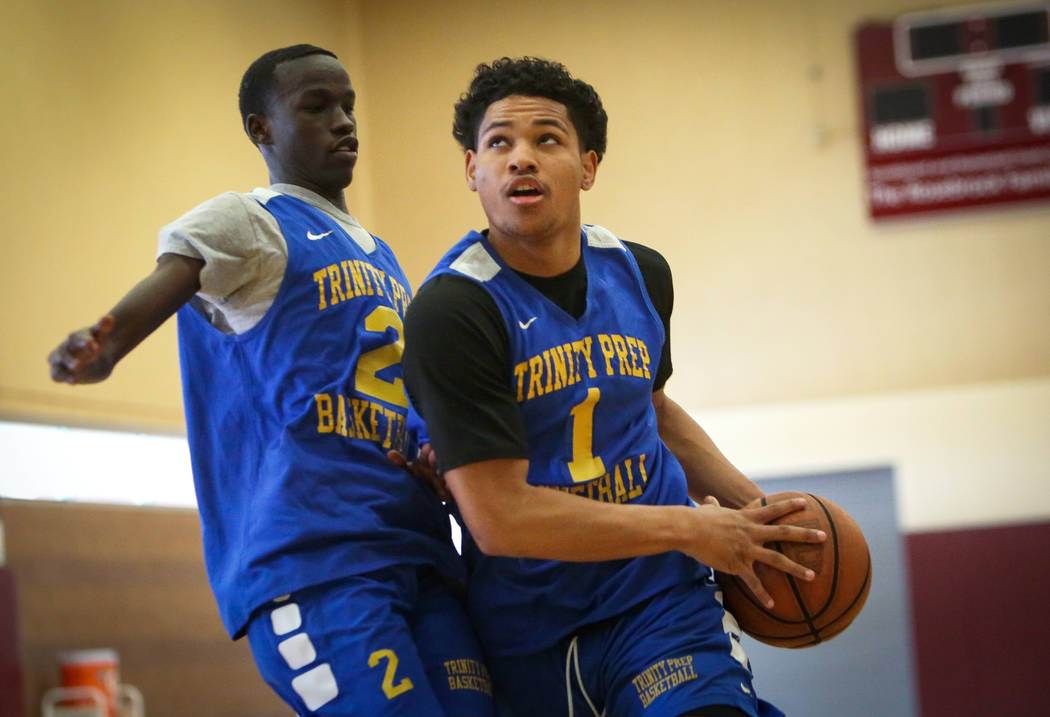 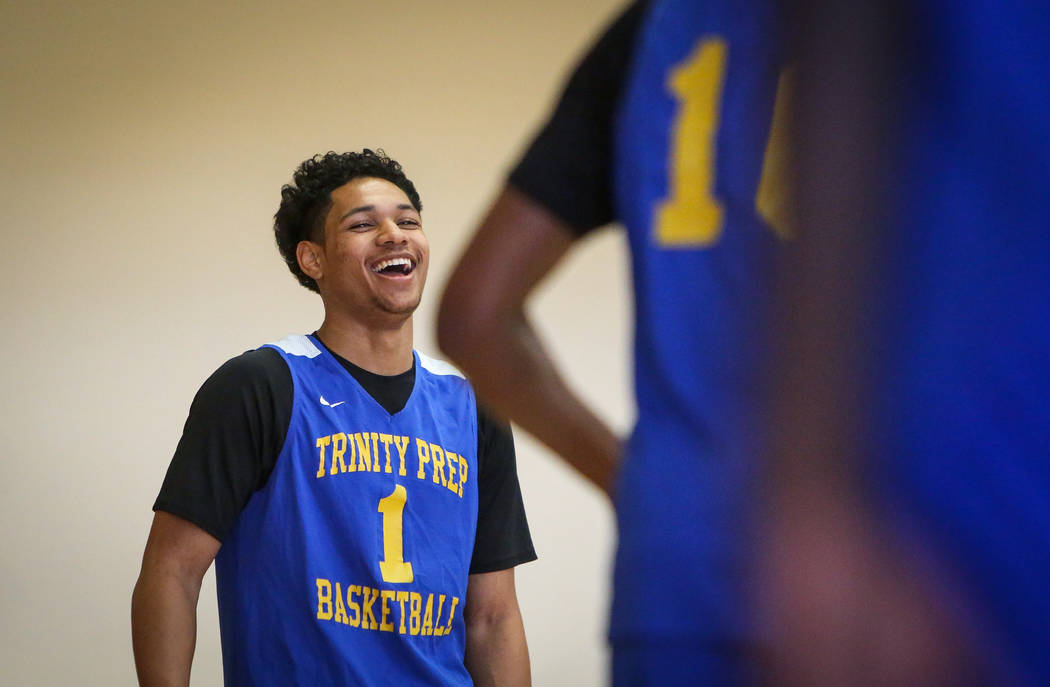 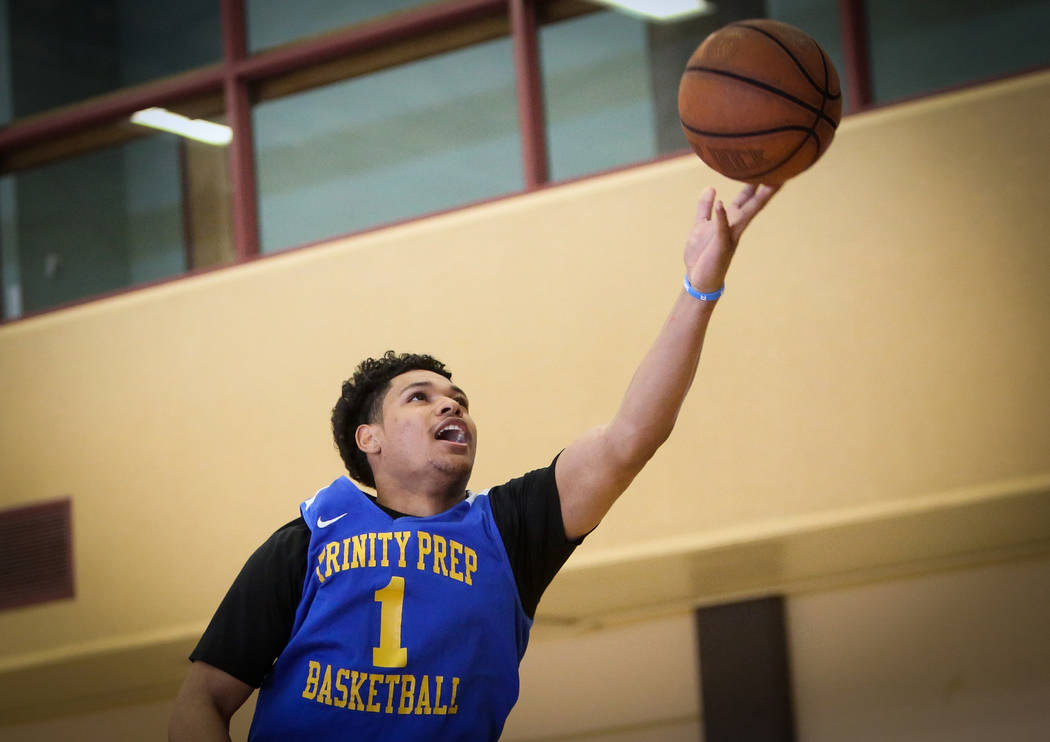 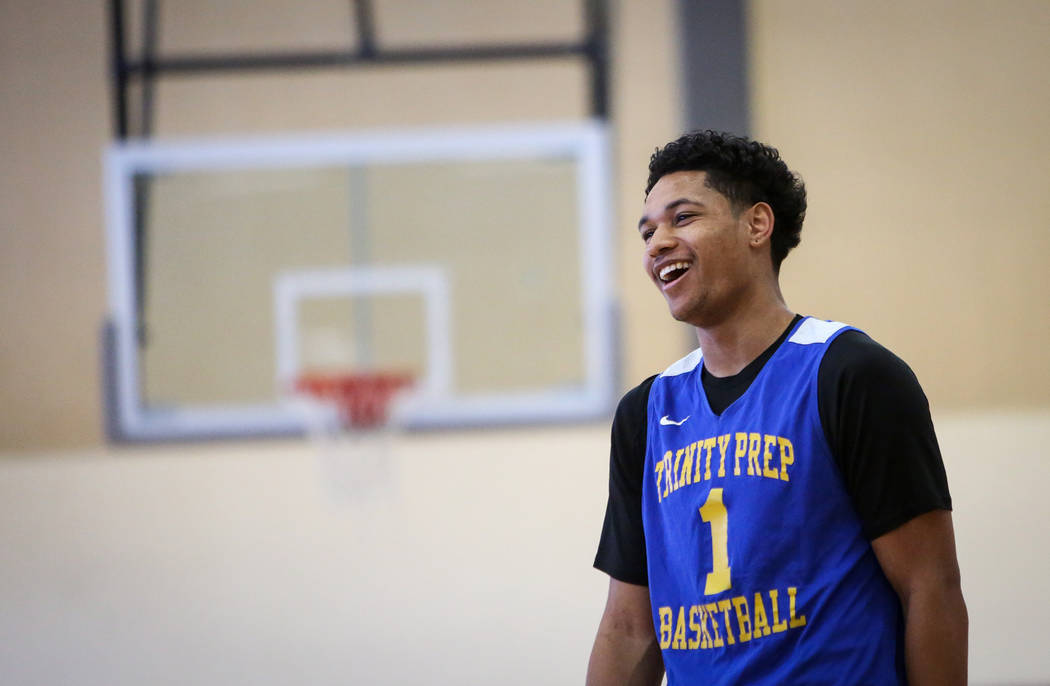 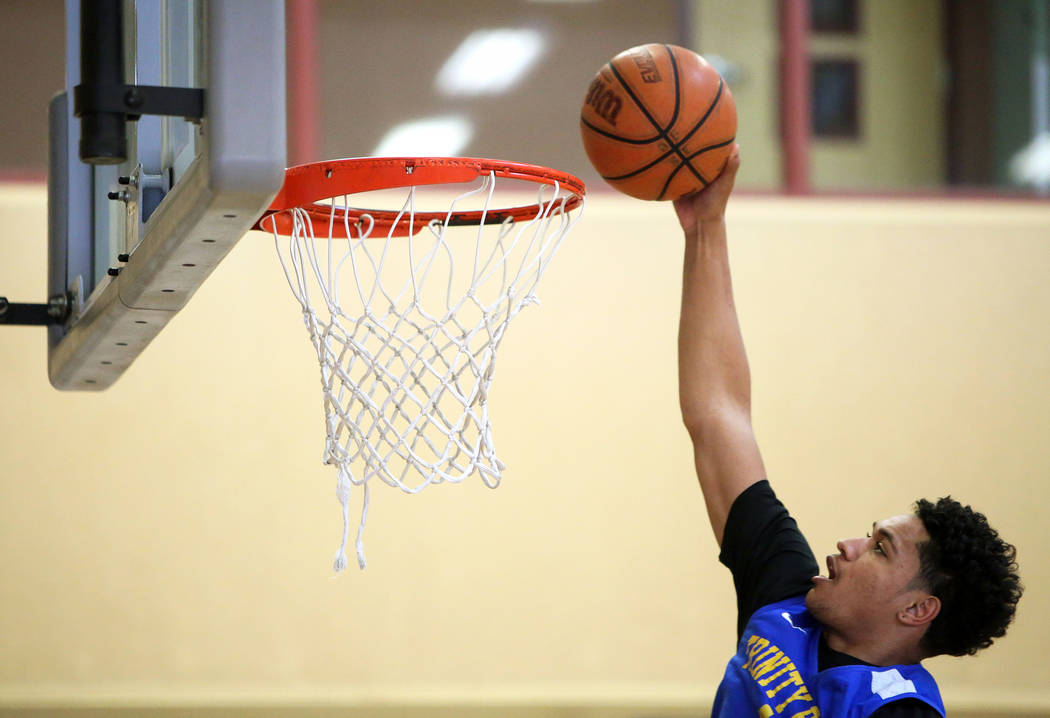 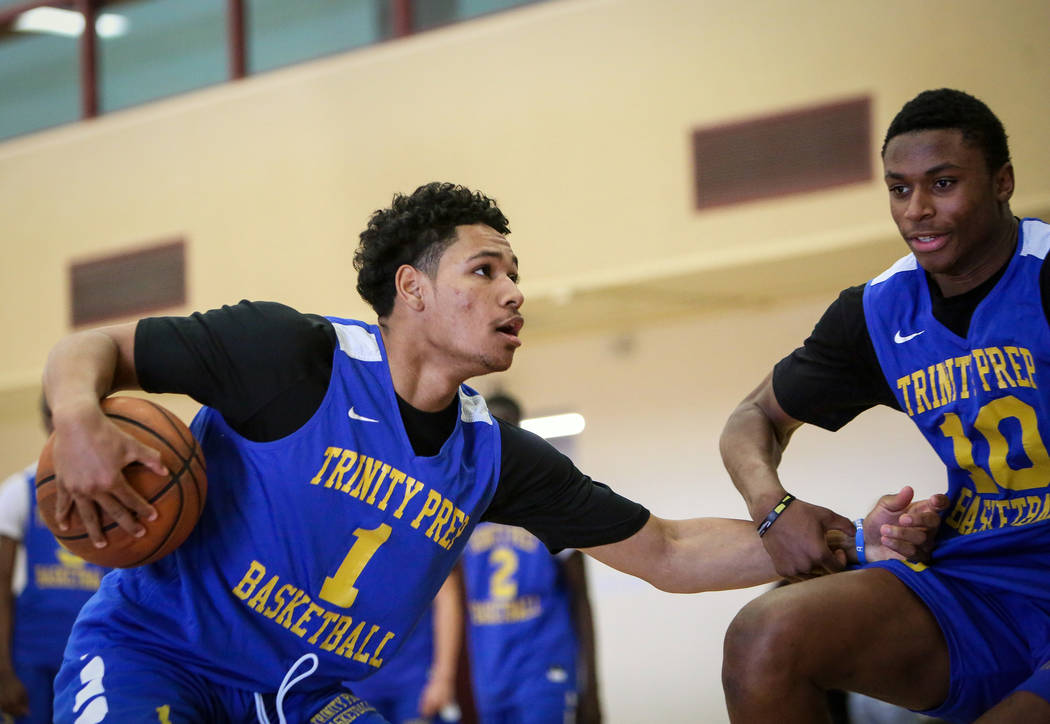 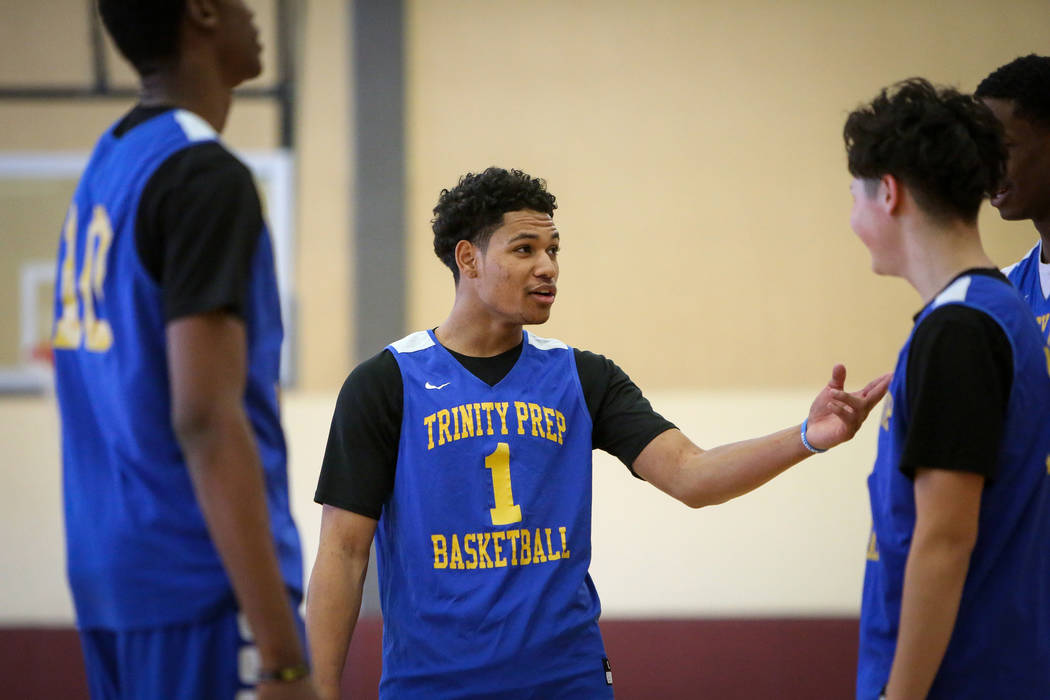 The best kept secret in the Las Vegas Valley is no longer a secret.

Not after completing his transformation from an unheralded, anonymous prospect to a five-star recruit. Not after getting scholarship offers from some of the country’s top colleges. Not after securing an invitation from USA Basketball to its junior national team training camp at the Final Four.

“I’ve always wanted to be able to be a part of Team USA,” Trinity International junior point guard Daishen Nix said. “It’s always been a big achievement for me.”

Nix, a 6-foot-5-inch, 210-pound Alaska native who moved to Las Vegas before high school, will join 54 of the nation’s top prep players at the junior national team training camp from Friday to Sunday in Minneapolis.

He hopes to prove that he is indeed worthy of the ranking bestowed upon him after years of anonymity and is looking forward to competing against the best of the best.

Nix also will attend the Final Four games with the rest of the invitees, including local standouts Jaden Hardy and Richard Isaacs of Coronado.

“He was so excited. … A kid from Alaska born and raised, then moving to Vegas, all of his dreams are starting to come true,” said Nix’s mother, Mina Tupuola. “The first couple years we were here but we didn’t really see much traction in his career path. The last nine months, it’s been a roller-coaster, uphill ride.”

Nix, 17, emerged during his freshman season as a Division I prospect, but played most of his first two years at Trinity International devoid of the attention that typically follows top prospects.

He instead focused on his individual development and blossomed through tedious repetition into a sturdy, pure point guard.

“I told everyone that would listen that he’s the best point guard in the country. But he doesn’t know it yet and hasn’t developed into it yet,” Trinity International coach Greg Lockridge said. “As time went on, he started to see it himself. Now his chest is out, his confidence is sky high and he’s starting to come into his own.”

Nix excelled last summer against some of the country’s best players in the Fab 48 tournament at Bishop Gorman and parlayed his success into scholarship offers from high-major universities.

He starred locally in December at the Tarkanian Classic and averaged 19.9 points, 6.2 rebounds and 5.1 assists on the Grind Session — the league of prep schools in which Trinity International plays — to earn five-star billing and the accompanying double teams and game plans tailored to exploit his weaknesses.

Nix struggled at times with ball security amid relentless pressure from opposing teams, but Lockridge is certain his point guard will adjust and views this weekend as continuation of his maturation.

And another chance to prove himself among the elite.

Joining Nix at the camp will be Hardy, a 6-5 sophomore who is the top shooting guard in his class, and Isaacs, a 6-1 freshman who is among the top point guards in his class. 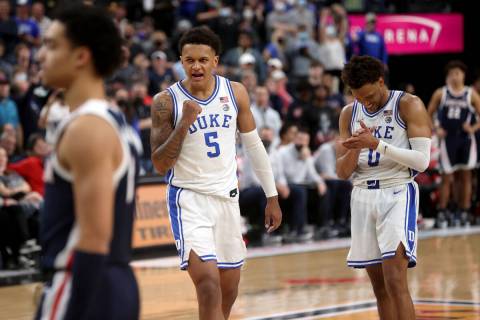 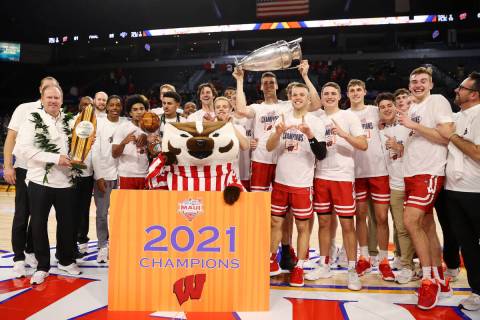 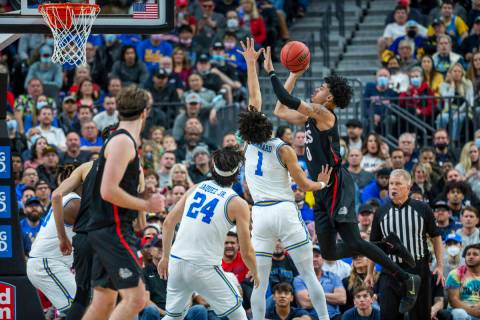