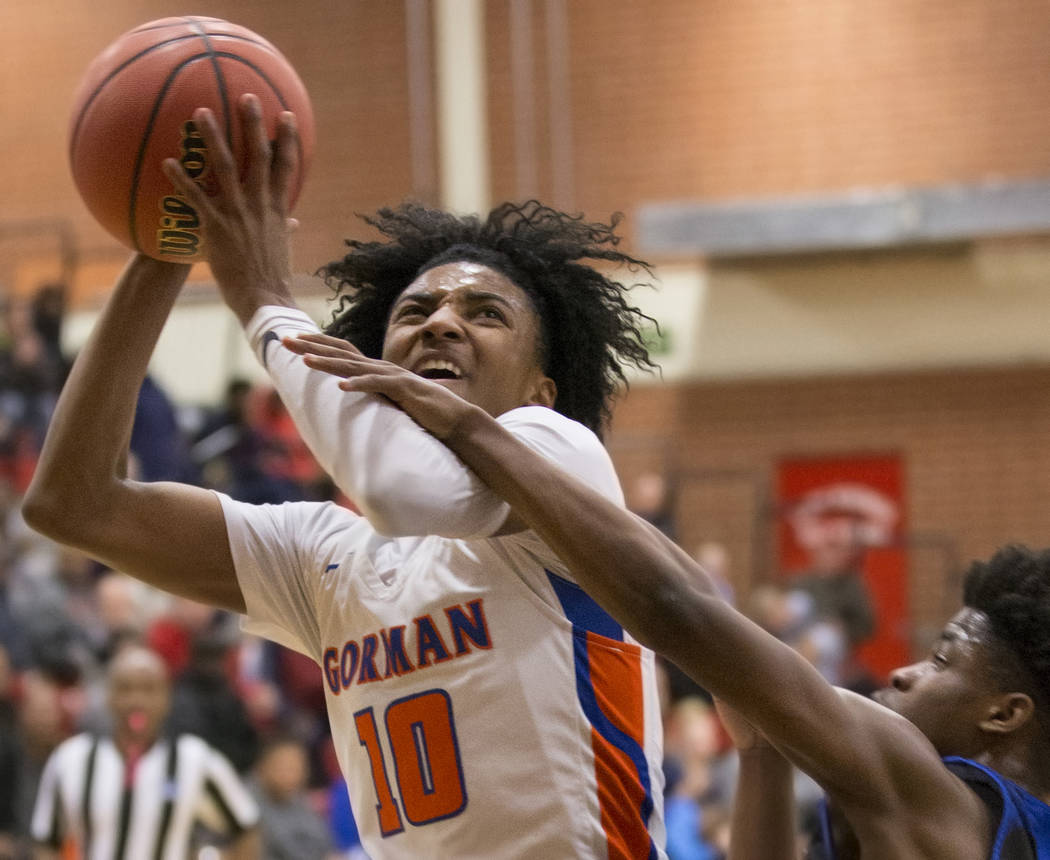 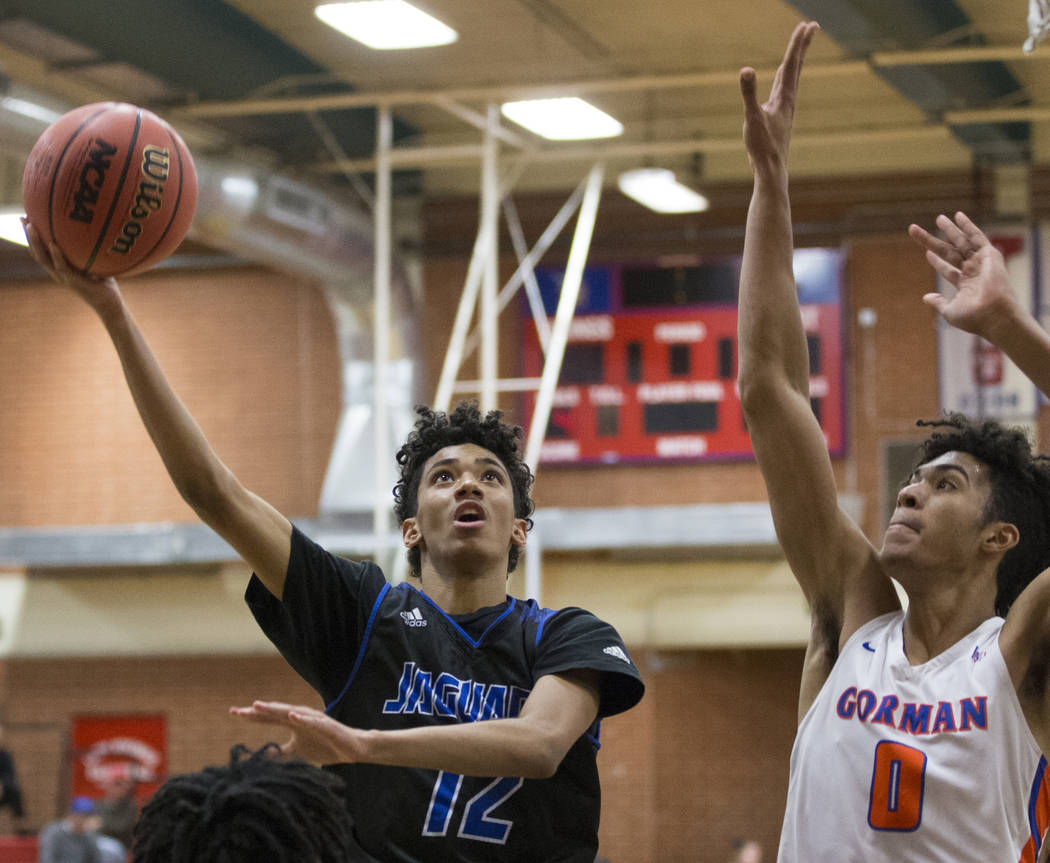 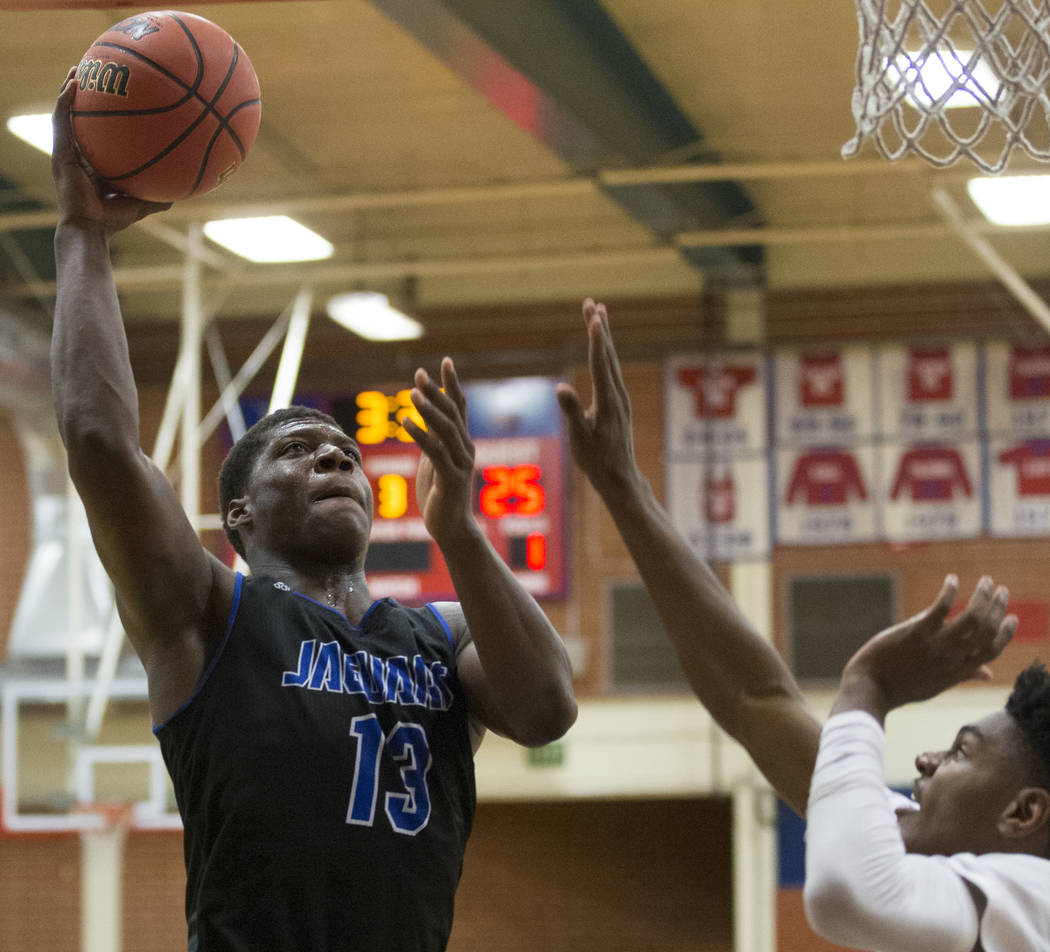 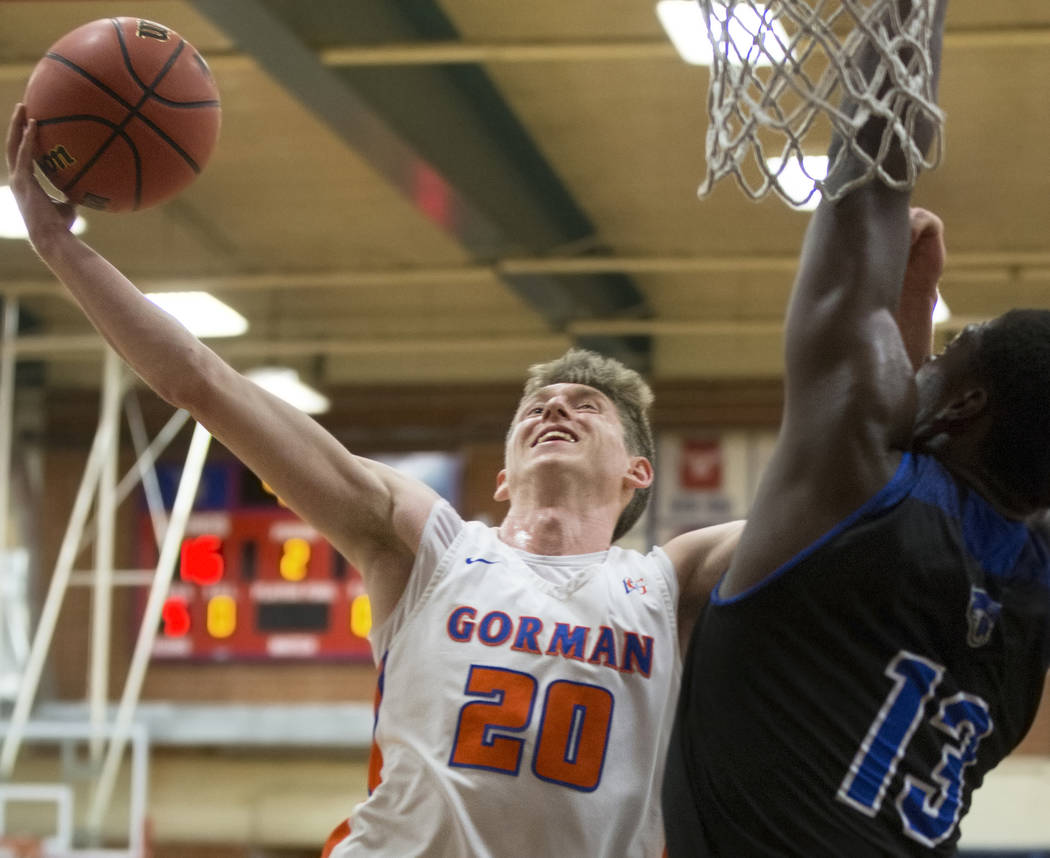 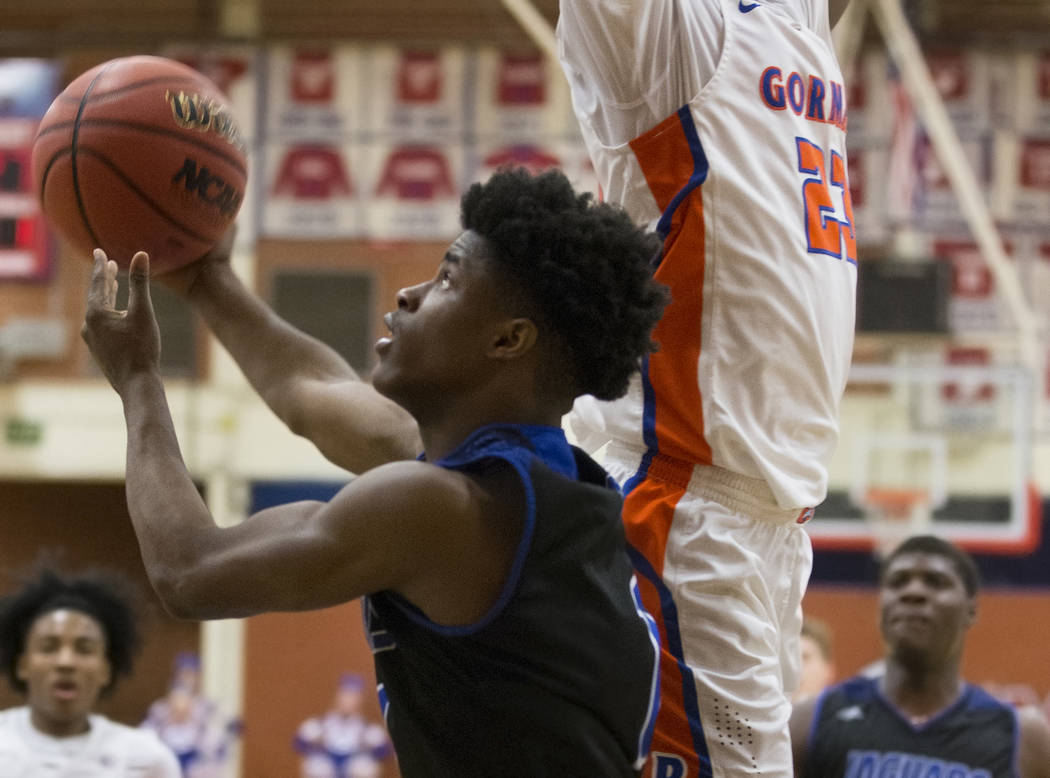 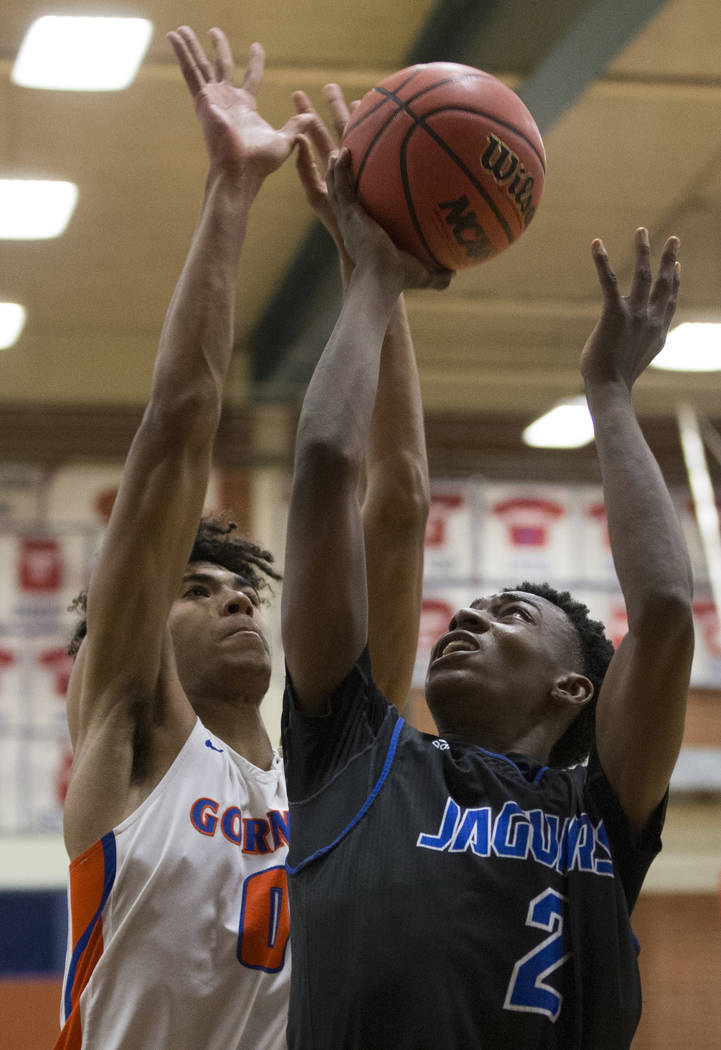 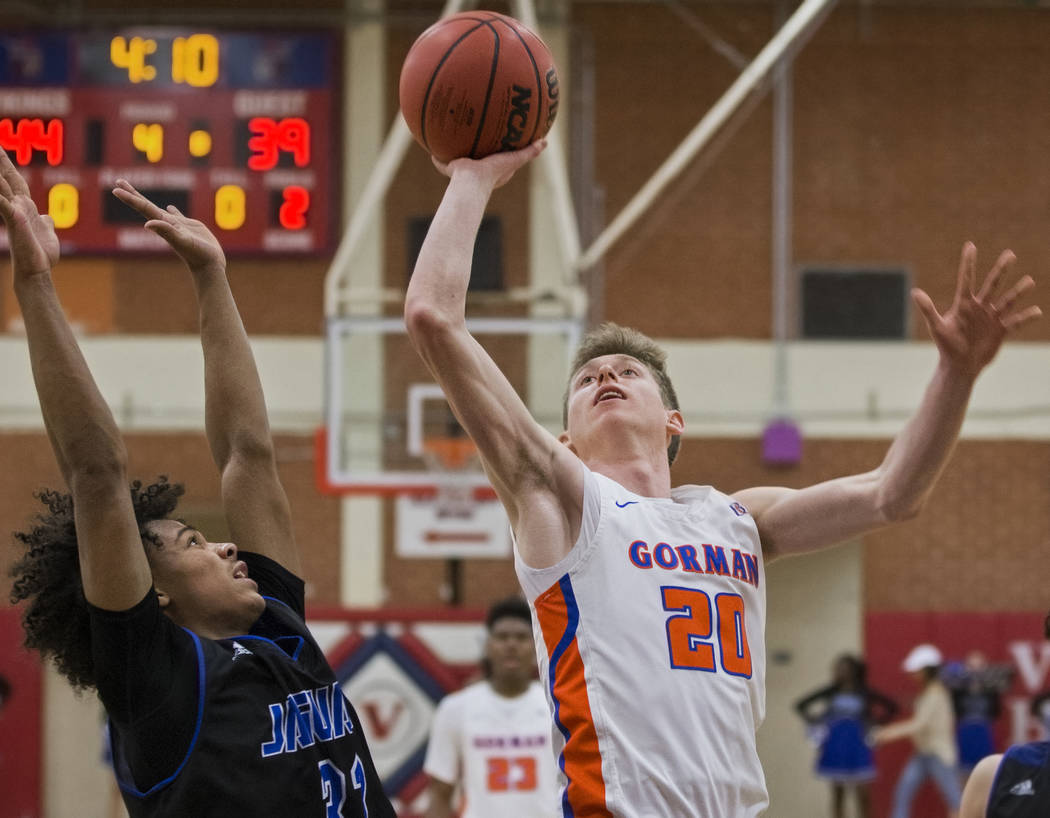 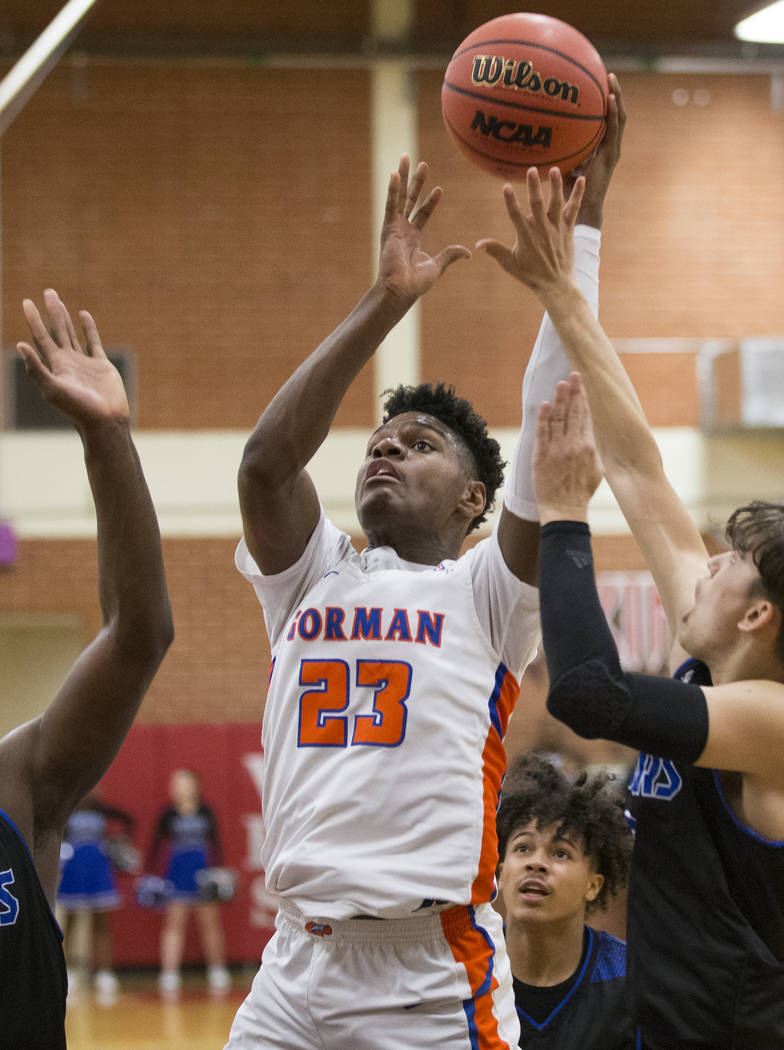 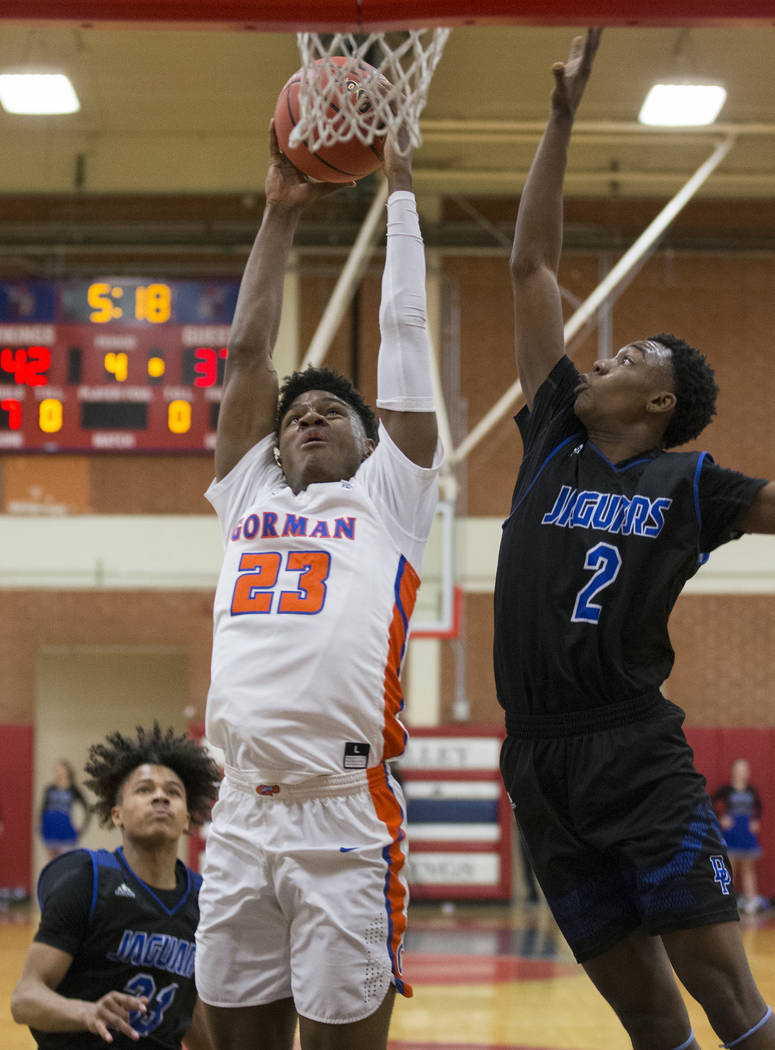 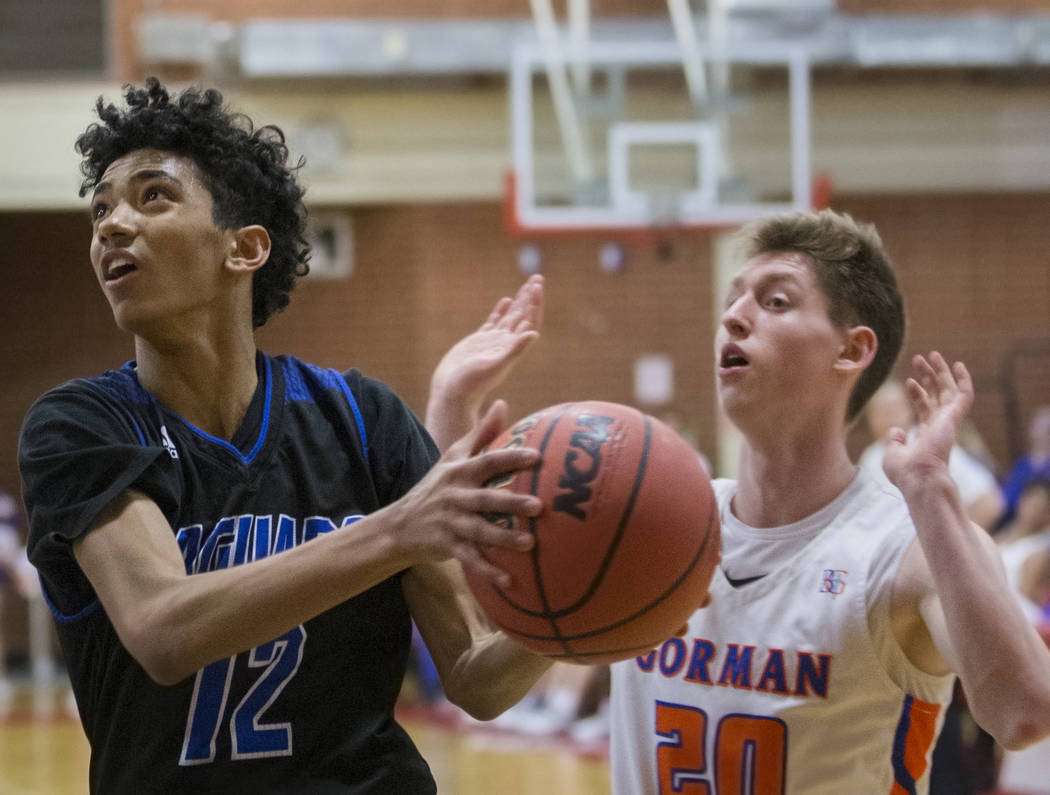 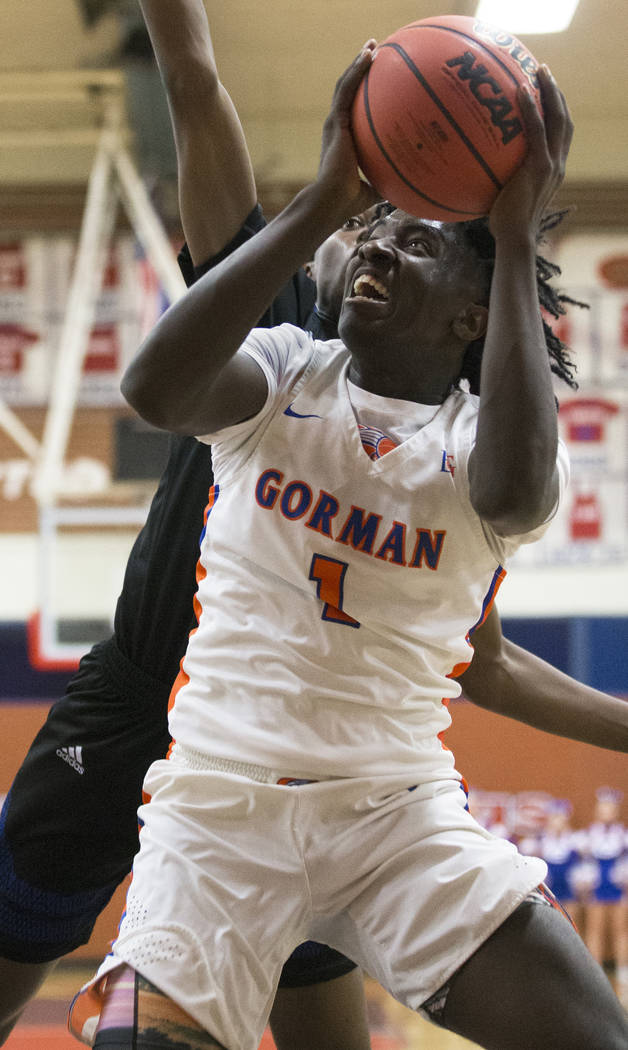 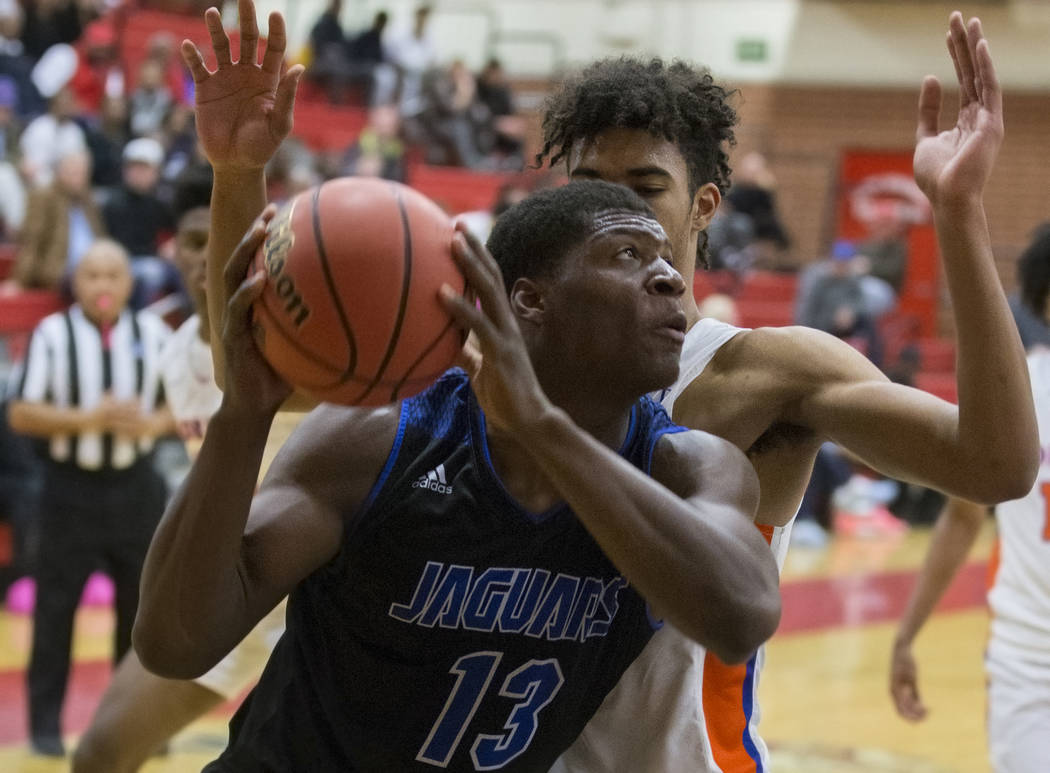 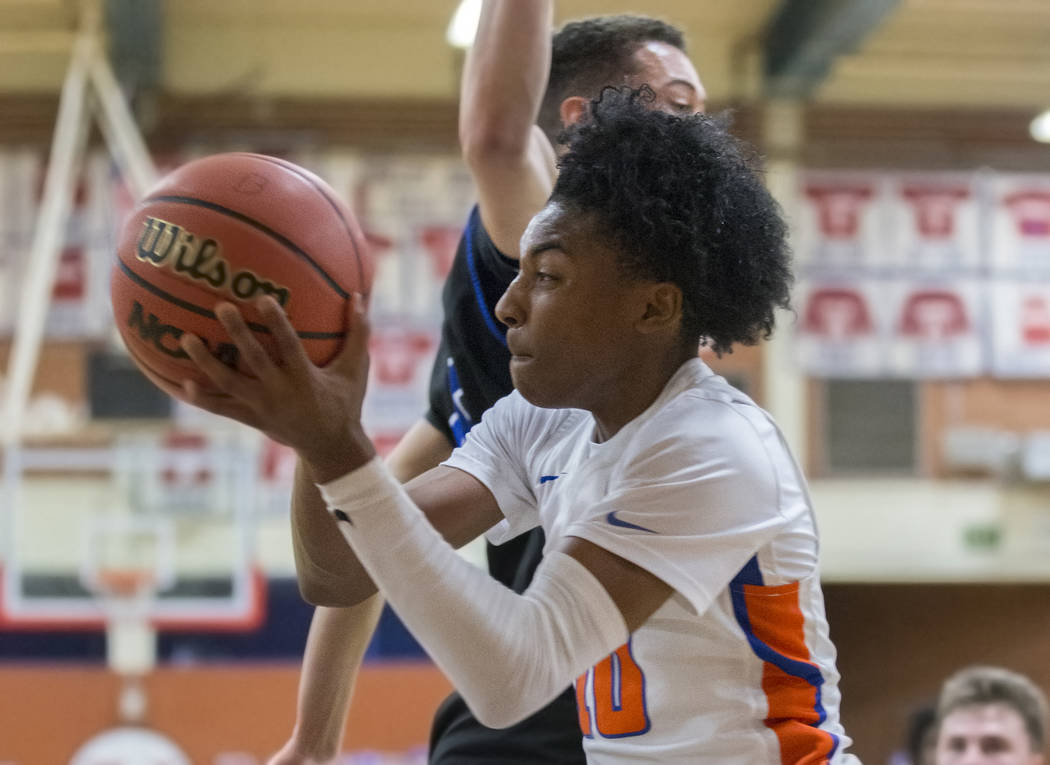 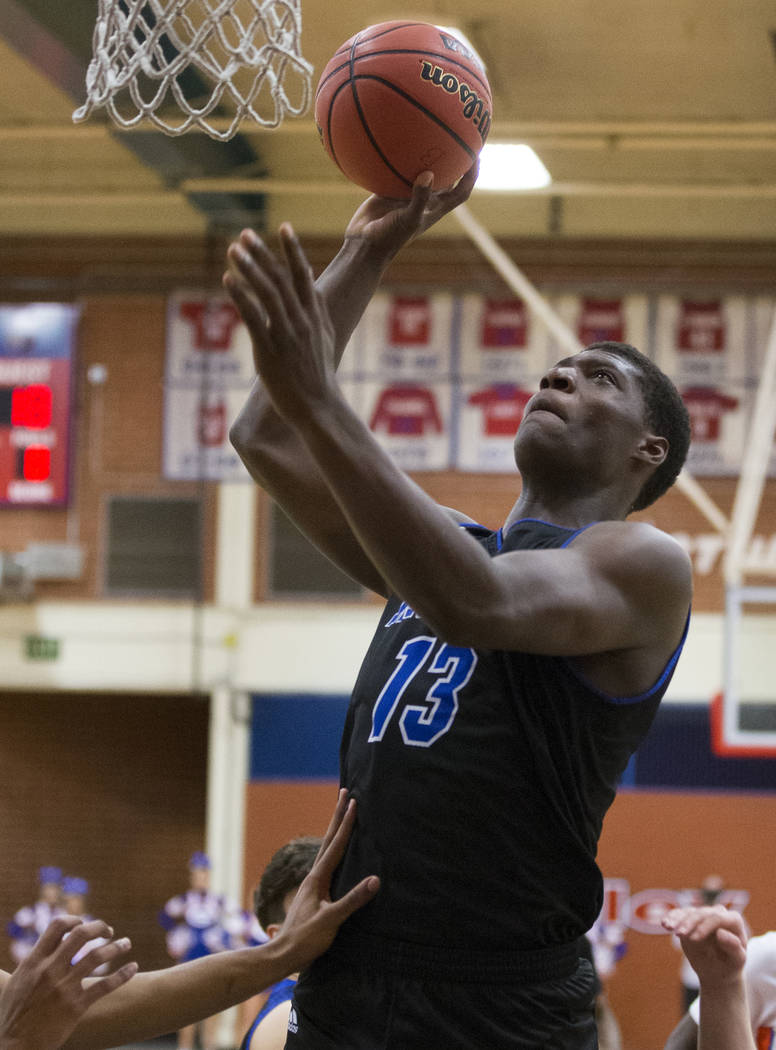 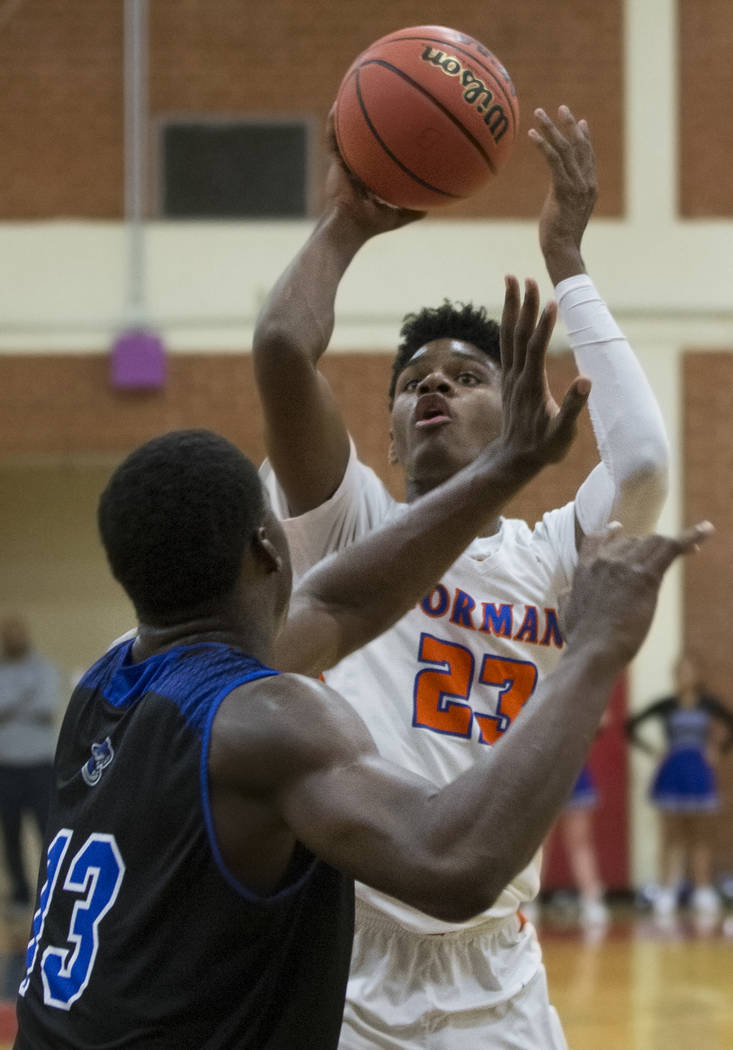 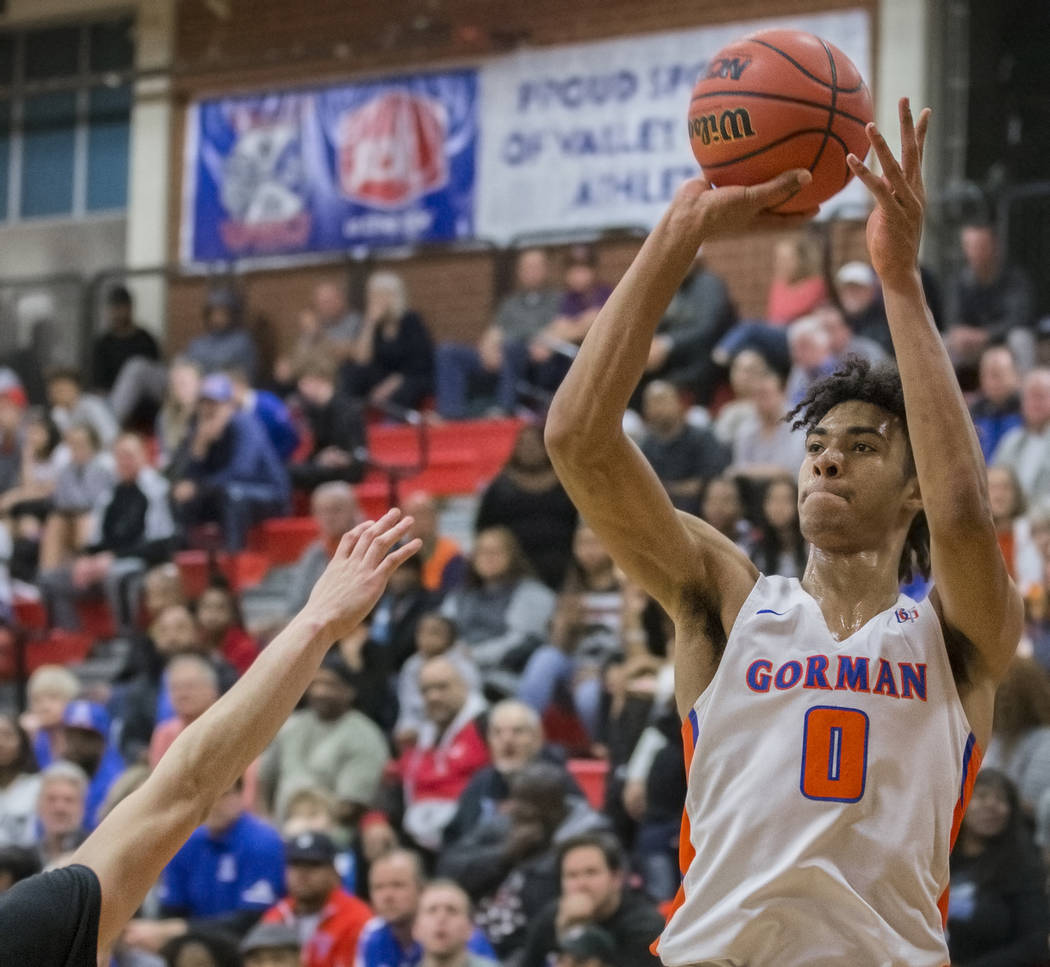 Bishop Gorman’s outside shooting was dismal Monday night, so the Gaels needed another weapon against Desert Pines’ zone defense.

Wilkinson scored all 18 of his points in the second half, including Gorman’s first 12 points of the fourth quarter, as the Gaels defeated the Jaguars 52-42 at Valley High School in the Southern Nevada boys basketball championship game.

“He does a great job in the high post because he’s so explosive,” Gorman coach Grant Rice said. “He can attack and try to go up and lay it up or dunk, or he can take a dribble and kick to the shooter or he can knock down the jump shot.”

The 6-foot-6-inch Wilkinson was 7-for-9 shooting as the Gaels (26-4) patiently worked the ball around the perimeter against Desert Pines’ 2-3 zone and then dumped it into the high post in the second half.

“It’s always good to dissect the middle of the zone and get the ball in the high post,” Wilkinson said. “The high post is where it’s at in the zone.”

Gorman, which was 3-for-24 on 3-pointers, never trailed after opening the game on a 9-0 run, but Desert Pines twice got as close as three points after baskets by freshman Jamir Stephens.

After Stephens made it 40-37 with 7:02 to go, Gorman took more than a minute off the clock before finding Wilkinson for a basket to push the lead back to five.

Noah Taitz had 19 points and Isaiah Cottrell had seven rebounds and five blocked shots for Gorman, which got seven assists from Zaon Collins and eight rebounds from Chance Michels.

“We did a really good job on Milos,” Rice said. “He’s such a good young player, so our focus was really to limit him.”

Darnell Washington had 17 points and eight rebounds to lead Desert Pines (23-7), which plays Clark (23-5) in the Class 4A state quarterfinals at 8:15 p.m. on Wednesday at Arbor View.

With the victory, Gorman gets a bye into Thursday’s state semifinals at Orleans Arena.

The Gaels play the winner of Wednesday’s Spanish Springs-Arbor View game at 6:30 p.m. on Thursday.

“We don’t play until Thursday, so (we will) rest, have some good practices and be well-focused and get ready to win our eighth straight championship,” Wilkinson said.