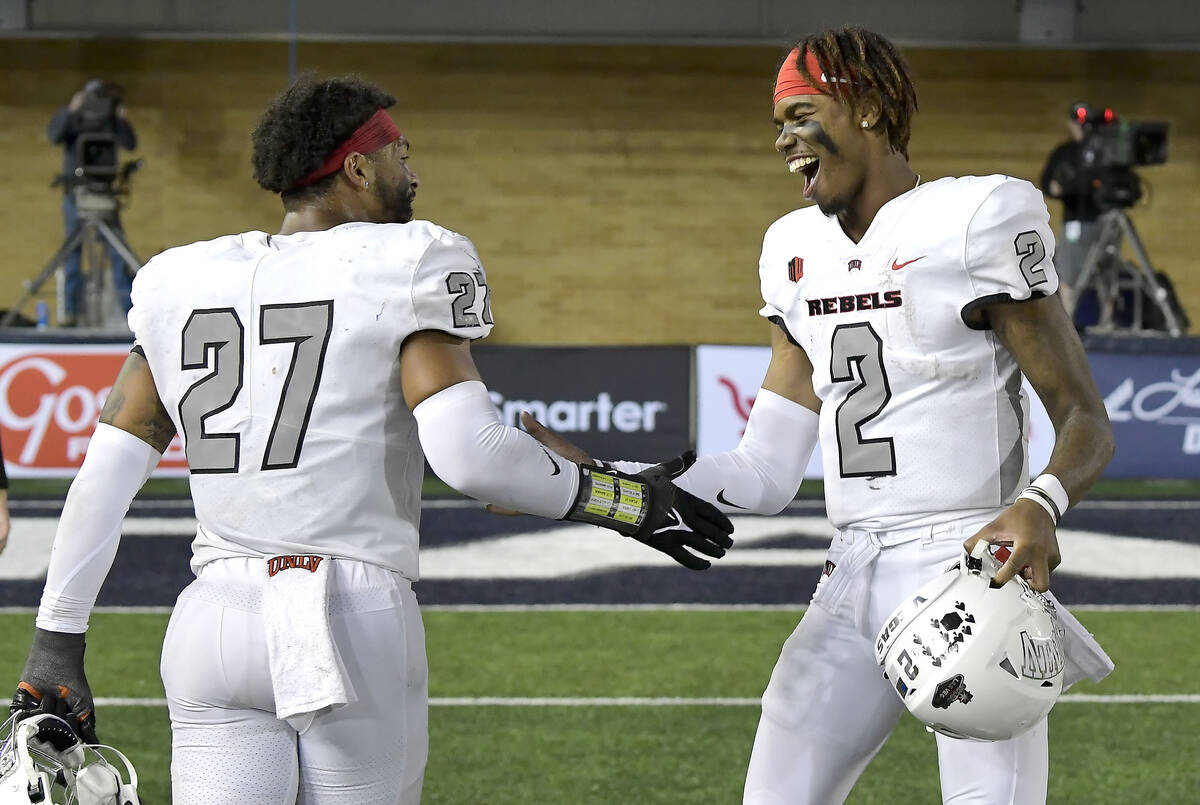 New Mexico at UNLV (-14½, 44): Before getting blanked 38-0 at Louisiana State last week, the Lobos were off to a 2-0-1 start against the spread this season after going 1-11 ATS a year ago. New Mexico also is on an 11-4 under run. Meanwhile, the surging Rebels are on a 10-3 spread uptick after a win and cover at Utah State. UNLV is 2-0 SU and ATS as a home favorite this season. Edge: UNLV and under.

Michigan (-10½, 42) at Iowa: Even after last week’s noncover against Maryland, the Wolverines are still on a 14-5 spread uptick. That includes a 42-3 rout over Iowa in the Big Ten title game in December. The Hawkeyes are 4-4 in their last eight as an underdog and are on a 4-1 under run. Edge: Michigan and under.

Oregon State at Utah (-10, 55): The Beavers are 3-1 SU and 4-0 ATS after last week’s near miss against Southern California. Oregon State has covered two straight against the Utes and pulled off the outright upset last year. The Beavers are 17-6 their past 23 as an underdog, but 2-6 ATS on the road. Utah is 6-1 ATS its last seven at home. Edge: Slight to Oregon State.

Iowa State (-3, 59) at Kansas: The Cyclones have owned the series recently, with wins and covers in the past two meetings by a combined score of 111-29. Iowa State hasn’t lost straight up to the Jayhawks since 2014 and covered four of the past five meetings. But the Cyclones went 1-4 ATS in conference road games last season. Kansas is 4-0 SU and ATS this season, and has covered seven straight since last season. Edge: Kansas.

Alabama (-17, 61) at Arkansas: The Crimson Tide haven’t lost to Arkansas since 2006. But the Razorbacks covered in last year’s matchup and are 11-4 ATS as an underdog since 2020. Alabama is 3-5 ATS in its past eight games away from home. Edge: Slight to Arkansas.

Georgia (-29, 54½) at Missouri: The Bulldogs won the past two meetings by a combined score of 92-20 but couldn’t quite cover the 39½ against Missouri at home last season. Still, Georgia has won all but once SU against the Tigers since Missouri joined the Southeastern Conference in 2012. Georgia is 10-1 ATS on the road since last season. The Bulldogs are also on a 6-0 under run. Edge: Georgia and under.

Arizona State at Southern California (-25, 60½): The Sun Devils have covered two straight in the series. But USC is 4-0 SU and 3-1 ATS this season, and Arizona State hasn’t covered on the road in four straight and five of the past six. Arizona State is on a 5-0 under run. Edge: USC and slight to under.

Stanford at Oregon (-17, 64): The Cardinal have won and covered four of the last six meetings, including last season, but Stanford is on an 0-10 spread skid overall. Oregon recovered from the Georgia beatdown to win three straight but was up against the wall last week against Washington State before escaping with a wild SU win and noncover. The Ducks have covered four straight at home. Edge: Oregon.