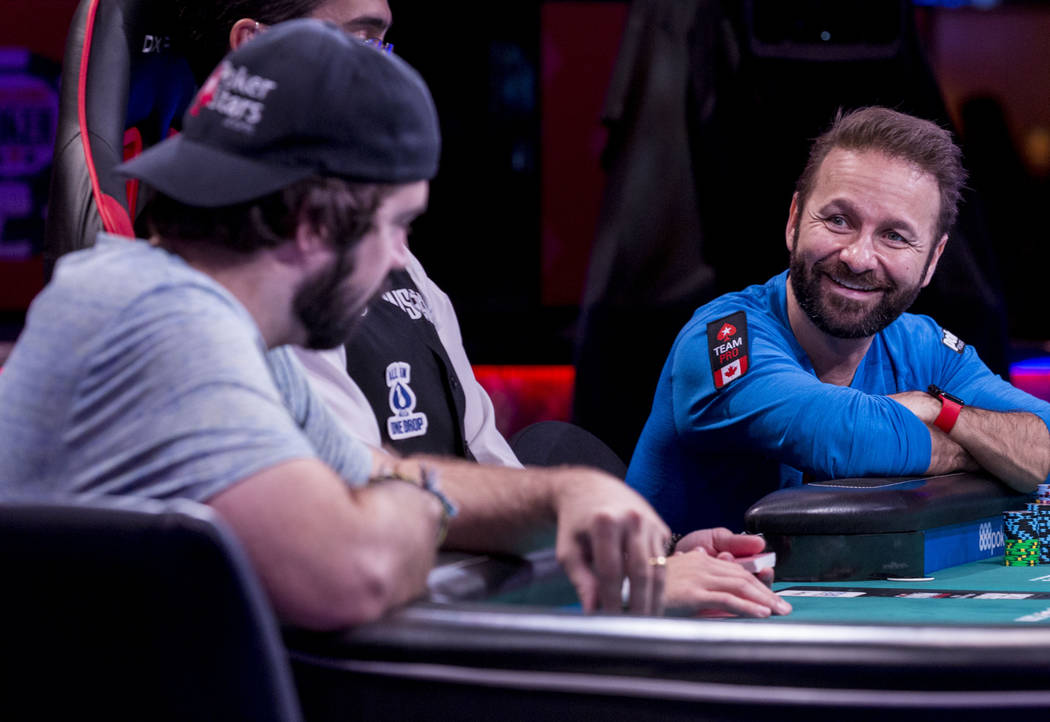 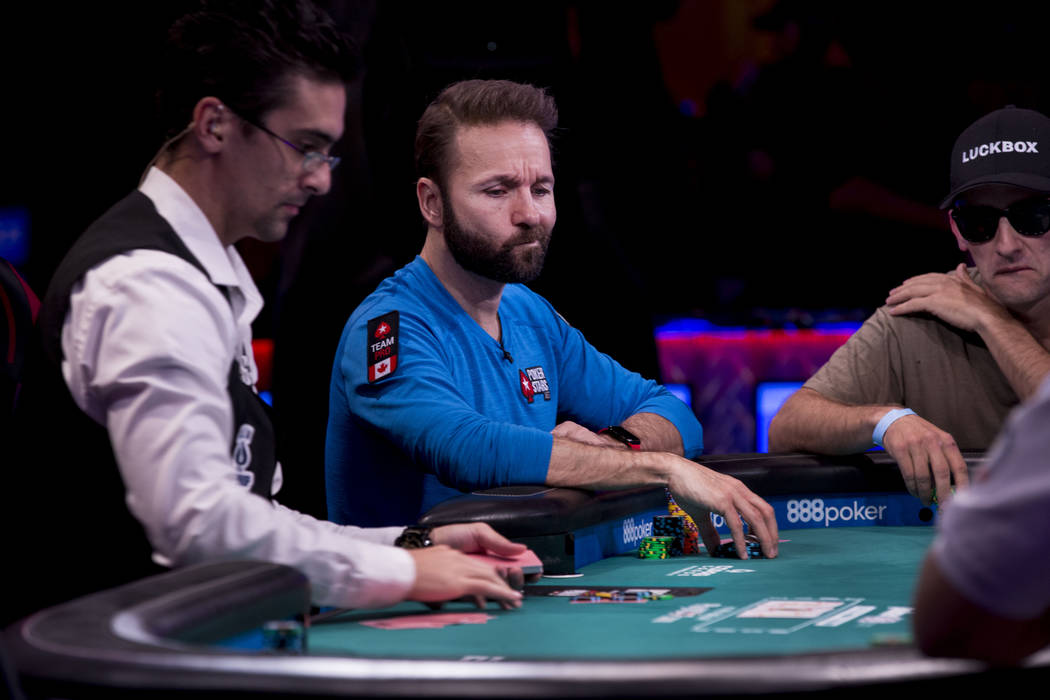 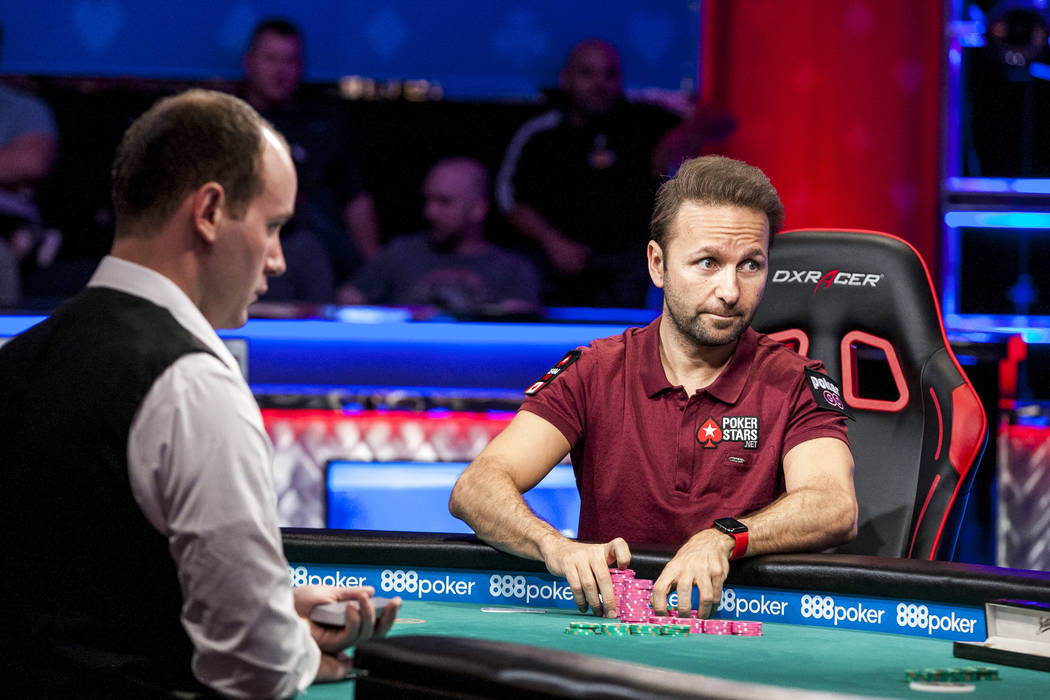 There might be a few new No. 92 Golden Knights jerseys in the crowd at T-Mobile Arena for Game 2 of the Stanley Cup Final after Tomas Nosek became the unlikely hero in a 6-4 win over the Washington Capitals in Game 1.

But poker star Daniel Negreanu has proudly worn his No. 92 Nosek jersey all season long at Golden Knights home games in honor of the undrafted fourth-line wing who was taken in the expansion draft.

“I really liked what I saw from him early on, being on the fourth line, and I wanted to get a jersey from someone on that line,” Negreanu said before the final started. “I also have him on my fantasy pool.”

A long-suffering Maple Leafs fan who was born and raised in Toronto, Negreanu has lived in Las Vegas for the past 20 years and is a Knights superfan. So much so that he has rearranged his World Series of Poker playing schedule around the Stanley Cup Final schedule.

“For the first time in almost 20 years, I’ll be missing a couple events because what the Knights are doing is historic,” said Negreanu, 43. “There’s only one first time an expansion team makes the Final. Nothing like this has ever happened in sports and it’d be crazy to miss it.”

The 49th annual World Series of Poker starts Wednesday at the Rio with the $565 buy-in Casino Employees No-limit Hold’em tournament, the first of 78 events scheduled through July 17.

Negreanu, poker’s all-time money leader with more than $36 million in career earnings, will miss two lucrative events so that he can watch his beloved Knights’ quest for the Cup.

The first is the $100,000 buy-in No-limit Hold’em High Roller tournament that starts Friday and ends Monday. The other is the $10,000 buy-in Omaha Hi-Lo 8 or Better championship that begins Sunday and ends Tuesday.

“The good news about the World Series of Poker is there are (78) events to choose from, so skipping two isn’t the end of the world,” Negreanu said. “This is a once-in-a-lifetime opportunity (for the Knights).”

Negreanu was one of Knights owner Bill Foley’s “Founding 50” tasked with drumming up interest in the community and selling 100 season tickets before the NHL awarded the team to Las Vegas.

“I never even thought of it as a possibility,” he said of the city landing an NHL franchise. “When I heard Bill Foley talking about bringing a team here, I wanted to do everything I could to help.”

Negreanu has 16 season tickets and donates 12 of them to the Folded Flag Foundation and other charities. He missed only six regular-season games because of poker conflicts, and the Knights went 3-3 in his absence.

In April, Negreanu skipped the European Poker Tour’s prestigious Grand Final tournament at the Monte Carlo casino in Monaco for the first time in 10 years so that he wouldn’t miss Vegas’ playoff opener against the Los Angeles Kings.

However, one tournament Negreanu couldn’t afford to miss was the $300,000 buy-in Super High Roller Bowl, which started Sunday at Aria and ends Wednesday night and features a $5 million first-place prize. That meant Negreanu would miss Games 1 and 2 unless he busted out early, and he didn’t anticipate that.

“If something crazy happened and I didn’t win the tournament, then I’d be available,” he said before it started. “But I’m planning on doing well in this tournament.”

He had a massive chip lead after the first day and was in second place as of Tuesday night, when only 10 players remained from the original field of 48.

Negreanu, aka Kid Poker, has cleared the rest of his schedule to follow the Knights and expects to see them hoist the Cup. He likes the Knights in five games.

“I really like our chances in this series,” he said before it started. “I’d be surprised if Washington can win two games, and I’d be thoroughly shocked if they can beat Vegas in this series.”

Keep an eye on Knights wing Alex Tuch. Besides his Nosek jersey, one of Negreanu’s favorites is a No. 89 with “TUCH YEAH” on the back.