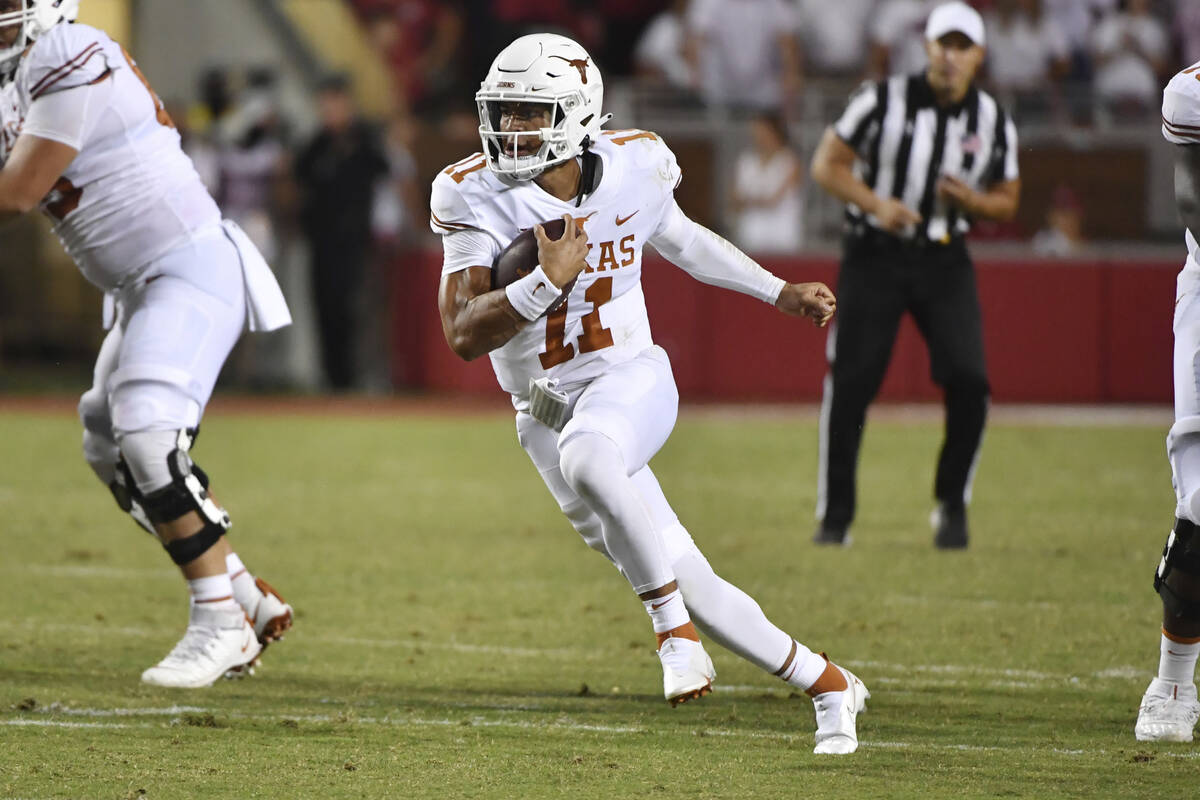 Did teams have a bad week, or did they show who they really are?

Texas and Southern California looked as bad as they could last week after solid opening wins. The Longhorns were crushed 40-21 at Arkansas and changed starting quarterbacks, and USC lost 42-28 at home to Stanford and fired coach Clay Helton.

Texas and USC are far removed from their days as top-tier national powers, but they’re still a lot better than they showed last week. The significant changes at quarterback for Texas and coach for USC should refocus the teams for the inferior opponents in front of them.

Junior Casey Thompson had to wait a long time to get the starting nod for the Longhorns, including a game and a half this season after freshman Hudson Card won the job in training camp. Unlike Card, Thompson has the ability to make plays with his feet, and he rushed for 44 yards and two touchdowns in the late stages against Arkansas.

Rice lost 44-7 last week to Houston and is just the kind of team for the Longhorns to get well against. Lay the 25½ with Texas.

USC has a tougher assignment at Pac-12 foe Washington State, but the Cougars haven’t shown much this season in a 26-23 opening loss to Utah State and a perfunctory 44-24 victory over Portland State.

USC interim coach Donte Williams is on the younger side at 39 and is the first Black man to lead the Trojans. Here’s betting that they respond to him, at least for the first game out. Lay 8½ with USC.

Three other plays for this week:

Ball State +7: Does Wyoming get credit for building a 42-16 lead on Northern Illinois or demerits for blowing it? The Cowboys scored late to pull out a 50-43 victory (and cover -6½ for me) after Northern Illinois scored four straight TDs to take a 43-42 lead. I’m not comfortable laying a touchdown with Wyoming again. Ball State couldn’t hang with Penn State in a 44-13 loss last week, but the Cardinals should find much easier going in Laramie and at least keep it close.

Georgia Southern +24: A dream for a situational handicapper. Arkansas comes off an upset victory over Texas and has No. 7 Texas A&M on deck. Georgia Southern barely beat Gardner-Webb 30-25 and was thrashed by Florida Atlantic 38-6 last week. But the Eagles get starting quarterback Justin Tomlin back from a suspension for academic reasons, and he should have Georgia Southern’s option attack humming enough to run clock and stay close to the disinterested Razorbacks.

Memphis +3½: Another solid situational spot, with the Tigers at home and fired up to face Southeastern Conference opponent Mississippi State, while the Bulldogs might be looking ahead to Louisiana State next week. I’ll take more than a field goal with Memphis.