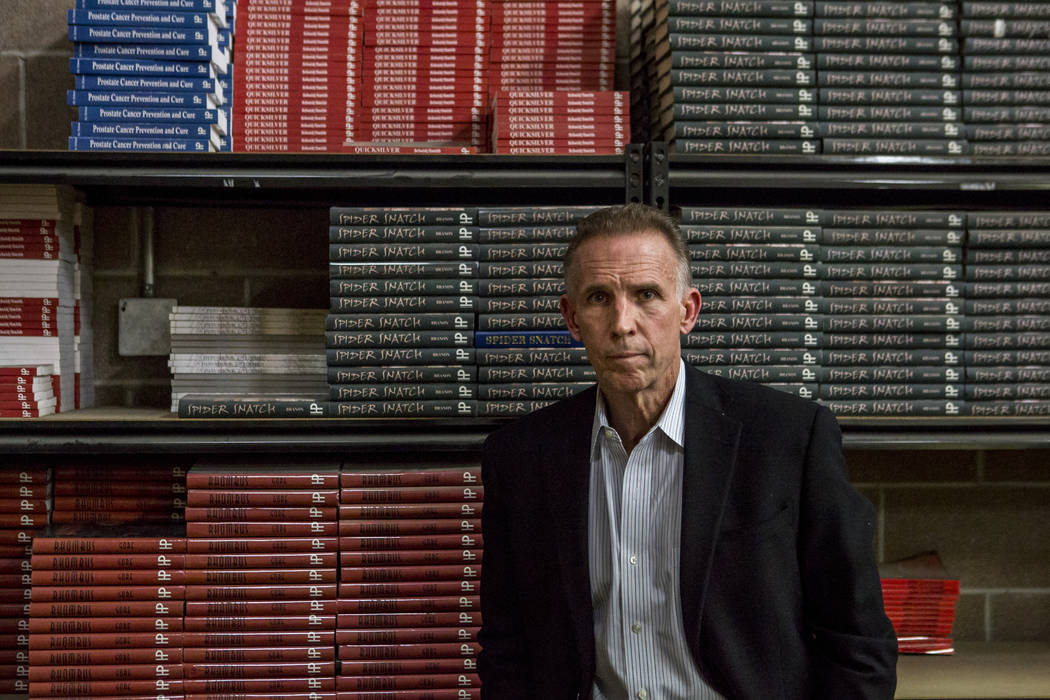 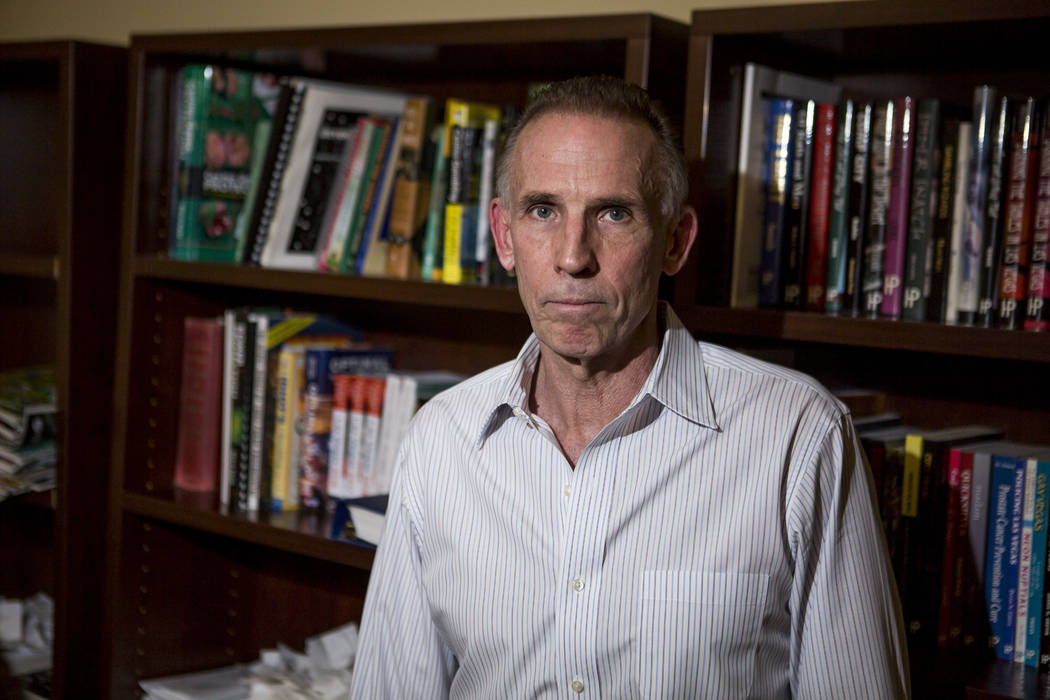 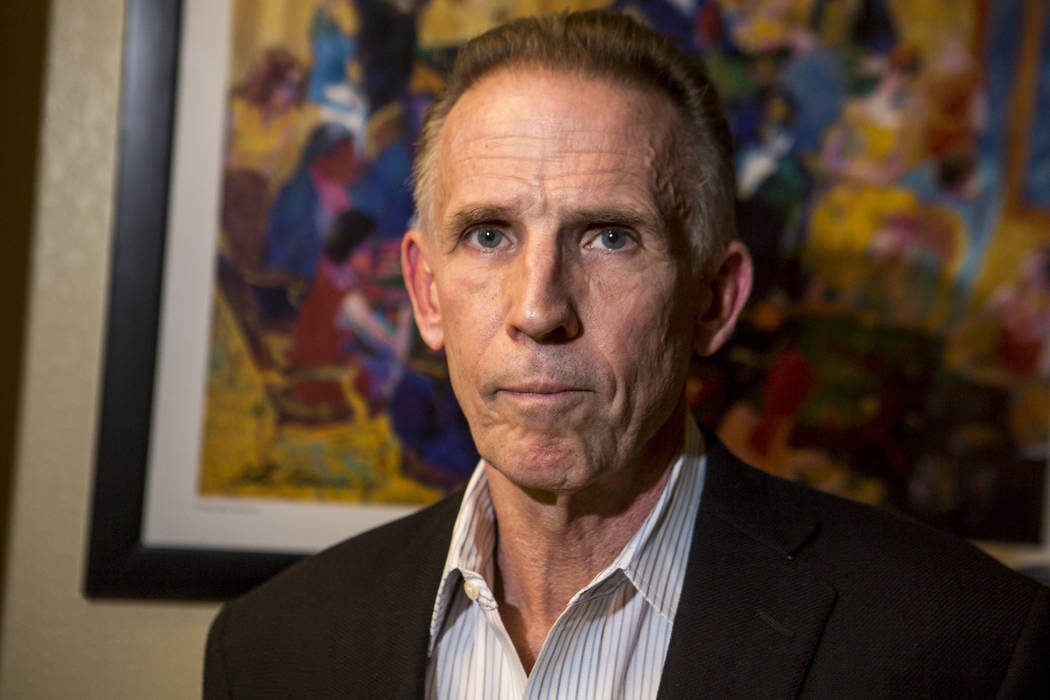 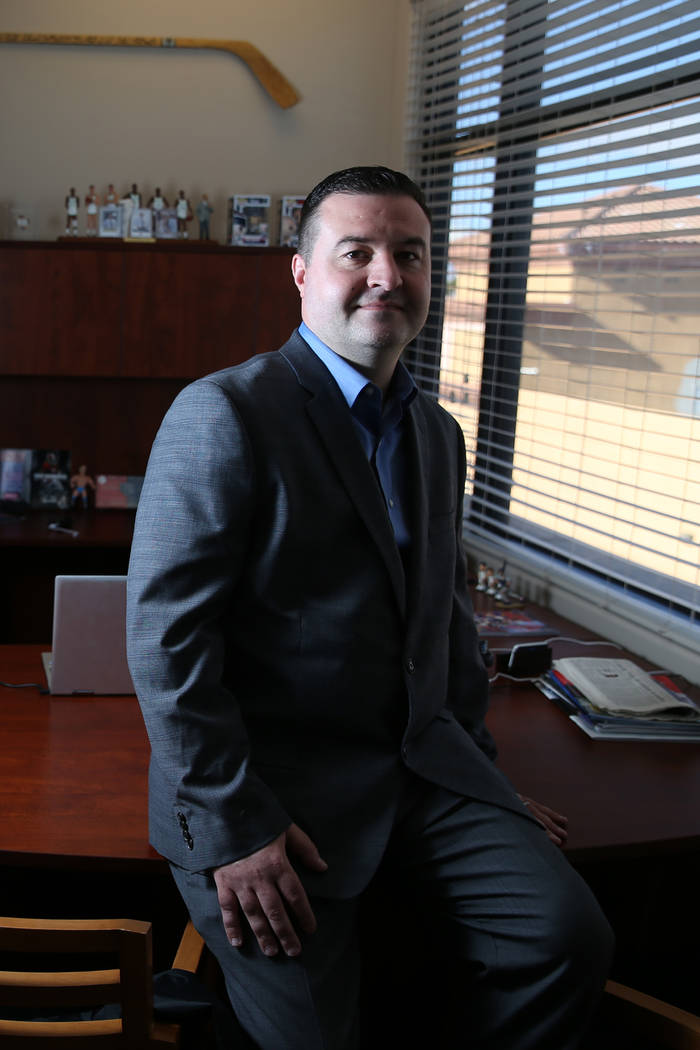 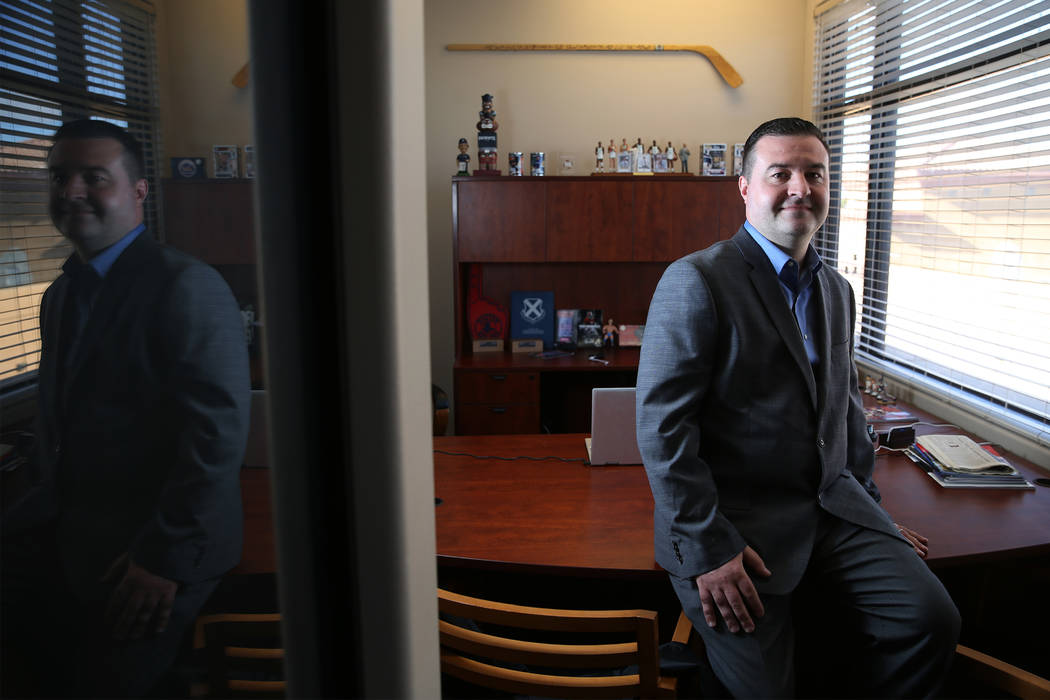 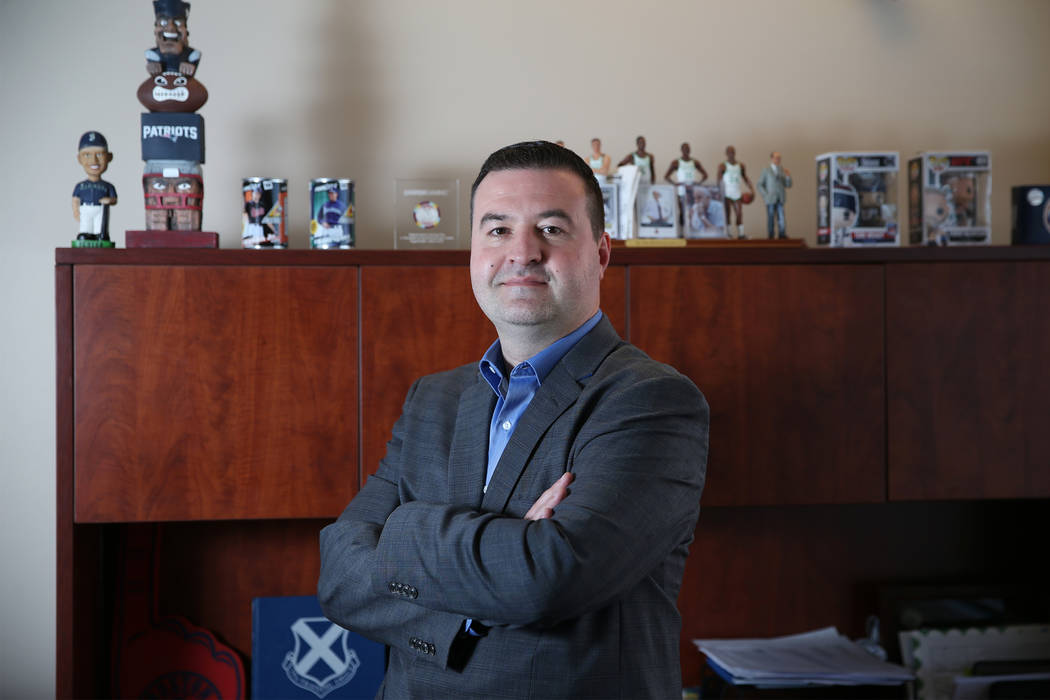 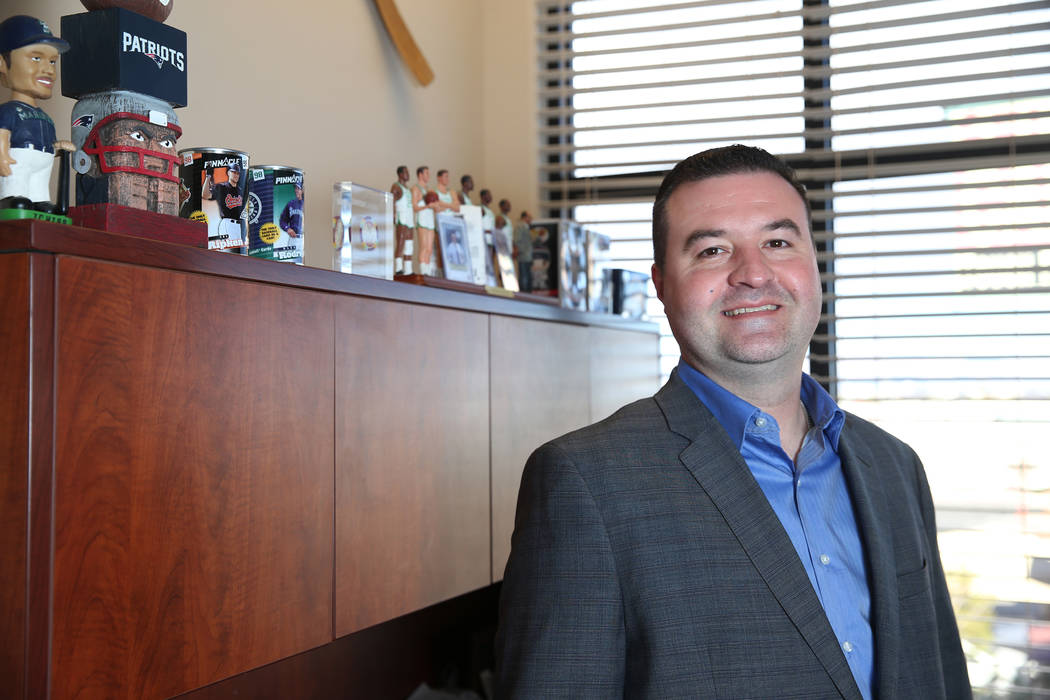 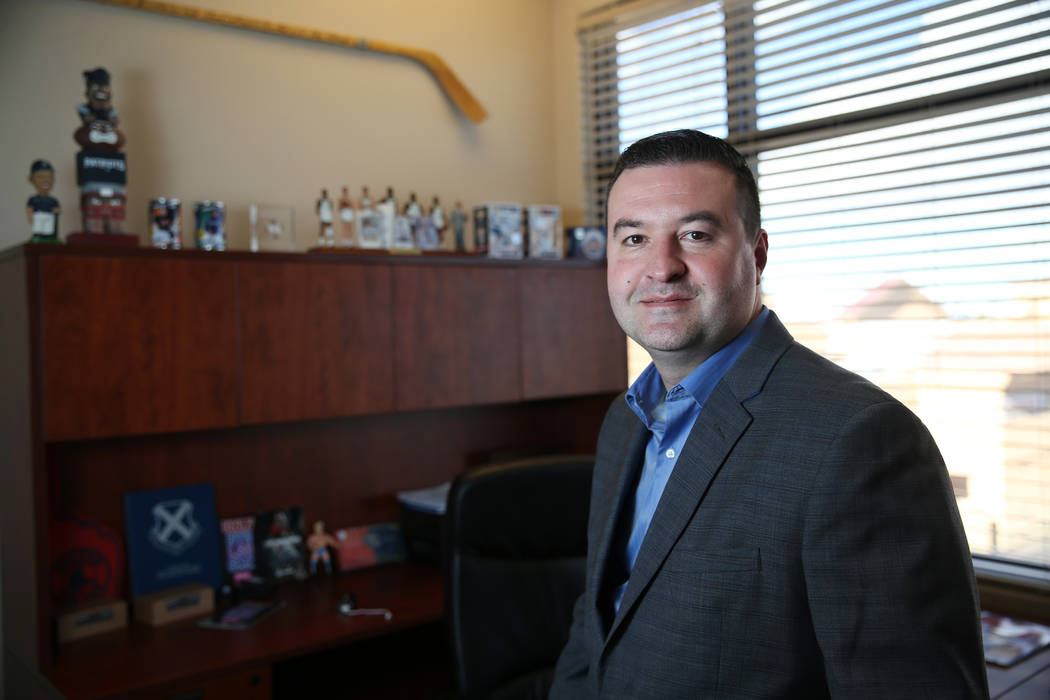 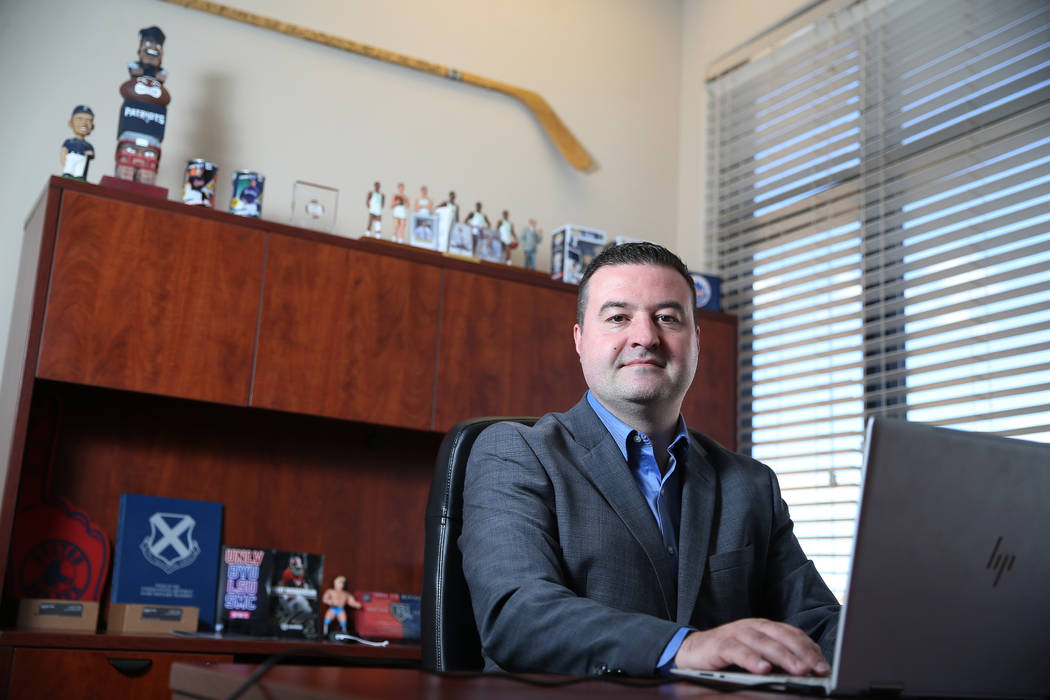 Las Vegas resident Matt Holt left his job at CG Technology in April to launch a company that helps leagues and sports books detect game manipulation and use of insider information.

Anthony Curtis, a Las Vegas gambling book publisher, is developing an online platform that lets individuals wager against one another instead of a casino.

“We have been sitting on this idea for three years now waiting for the right time,” said Curtis, who set up Vegas Betting Exchange last year with two partners. “Sports betting is going to explode the same way poker did in the 2000s. Everybody and their mother wants a piece of this.”

The Supreme Court decision in May overturning a ban on sports betting in most states opened the floodgates to industry innovation.

U.K. market intelligence company H2 Gambling Capital predicted in a November report that legal sports wagering in the U.S. will increase 16-fold to $81 billion by 2030.

The U.S. could catapult from the world’s ninth-largest sports betting market today to the third in just five years, trailing only China and Japan, according to H2.

“Sports betting in the U.S. is a gold rush,” said Holt.

The nation’s largest casino operators — seeking new revenue to offset stagnant slot and table game win — have sprinted out of the gates to capitalize on the legalization trend.

MGM Resorts International has signed wagering partnerships with the NBA, MLB, the NHL and a few professional sports teams that allow it to promote its sports books.

Caesars Entertainment Corp., the largest U.S. casino operator by properties, has signed wagering deals with the Philadelphia 76ers and the New Jersey Devils.

And entrepreneurs like Holt, Curtis and Miller are hustling to build companies that can offer a range of services to sports books, leagues and bettors, both professionals and amateurs.

Today’s sports betting industry startups didn’t just spring up May 14, the day the Supreme Court delivered its decision. Many entrepreneurs around the country began developing their ideas years ago, harnessing the latest technology emerging from Silicon Valley.

“The typical audience that participates in a betting pool at work is the type of client that would be engaging with our app,” said Fabian.

Betcha aims to replicate the social aspect of work pools with leaderboards and badges for the best winning streak. The app will also allow people to bet against one another.

Fabian, who advised Silicon Valley companies on mergers and acquisitions, said he had been experimenting with sports fan engagement apps for years before he launched Betcha.

Other entrepreneurs, like orthopedic radiologist Anand Lalaji, aimed initially to serve the growing daily fantasy sports world. In 2016, he founded Atlanta-based Inside Injuries, which offers analysis on the health of professional football, basketball and baseball players and is now expanding to other sports, including soccer.

“Before the end of May, we weren’t talking to anybody operating in the U.S. sports betting space. Now the number of partners we are speaking with has expanded tremendously,” she said.

To meet the needs of sports books and bettors, Inside Injuries has developed an “injury adjusted spread” for games, Hankin said.

Sports betting startup ideas are also being cooked up inside the halls of higher education.

Joe Asher, CEO of William Hill US, the nation’s largest sports book operator by locations, said he received emails from MBA students with business ideas and links to demonstrations after he spoke recently at the University of Michigan and the University of Pennsylvania.

The sports betting industry is still in the early stages when it comes to the number of startups, said Chris Grove, managing director at California-based research firm Eilers & Krejcik Gaming.

He expects additional waves of startups to emerge as more states legalize wagering and the industry grows, exposing service gaps that are ripe for entrepreneurs to fill. Only 10 percent of the U.S. population currently lives in states where sports betting is legal.

Grove said he sees a need for startups that can help casinos and sports books understand their new clients.

“Companies that can slice up an audience into subgroups and create ads dedicated to them, that is something a major casino is going to be interested in,” he said.

Sports betting startups will need funding to turn their ideas into products or services. At first glance, investors are showing interest in the industry.

Grove estimates legal sports betting-related companies, including media outlets, have raised between $100 million and $500 million in equity and debt funding since May.

“People say a startup should never turn down money. But this is a space that is so white-hot that we actually turned down some funding,” said Holt, whose U.S. Integrity is already on its second round of raising cash.

He would not say how much his startup has raised so far.

Asher said investing in this industry is a gamble, but those who put their money on the right horse can win big.

“Some will lose their money. That is the way it is,” he said. “But if you get the right idea and the right team, you can probably do very well.”