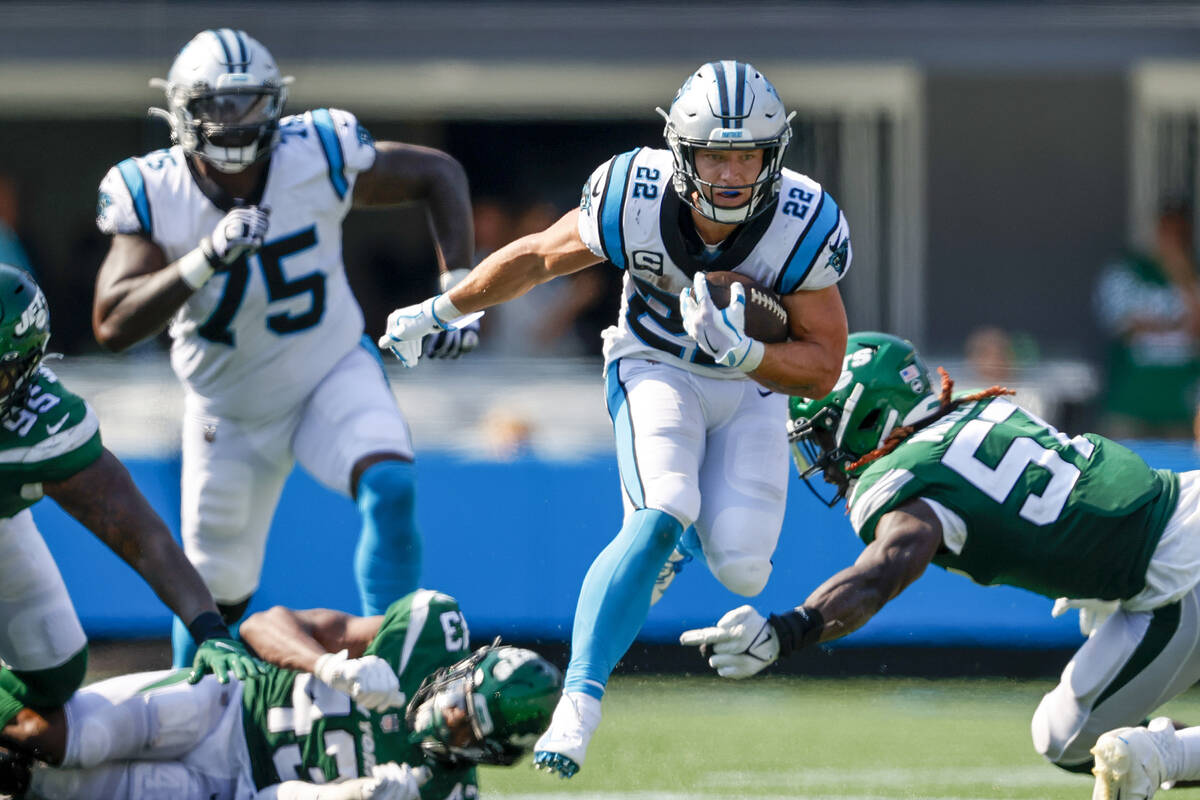 Carolina Panthers running back Christian McCaffrey (22) runs the football against the New York Jets during the second half of an NFL football game Sunday, Sept. 12, 2021, in Charlotte, N.C. (AP Photo/Nell Redmond) 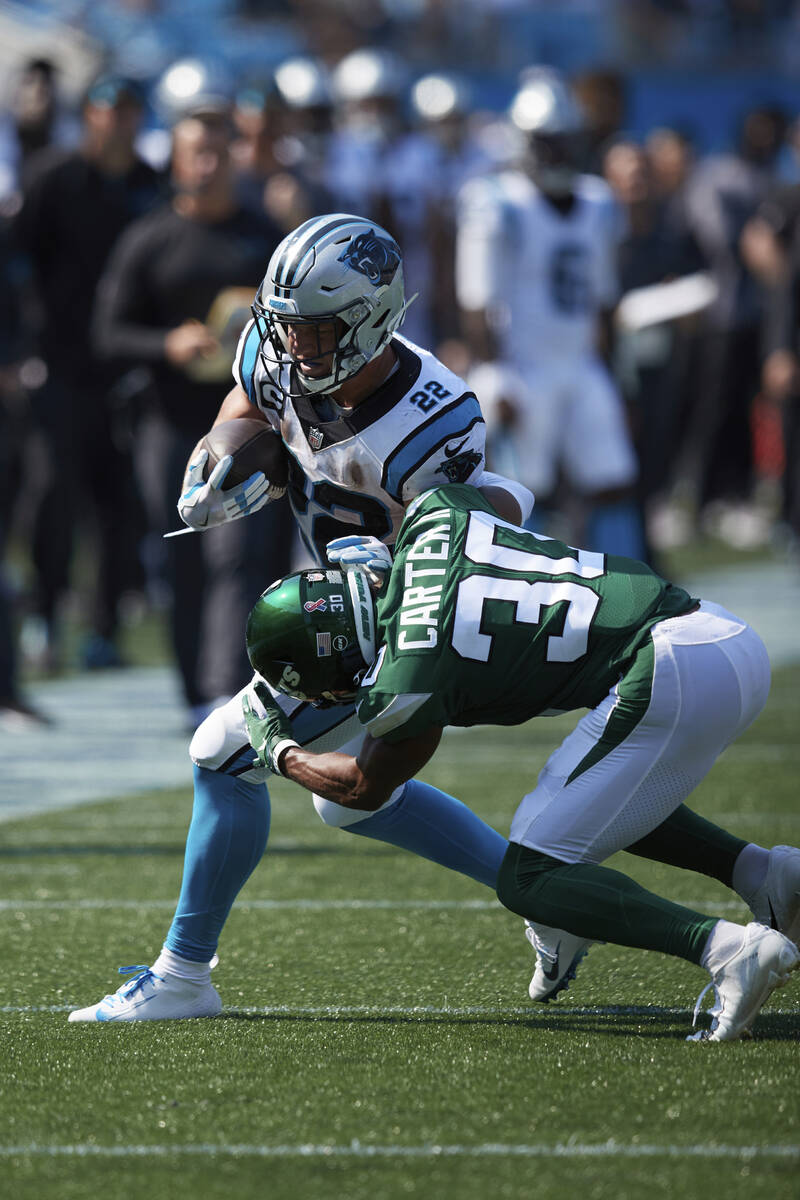 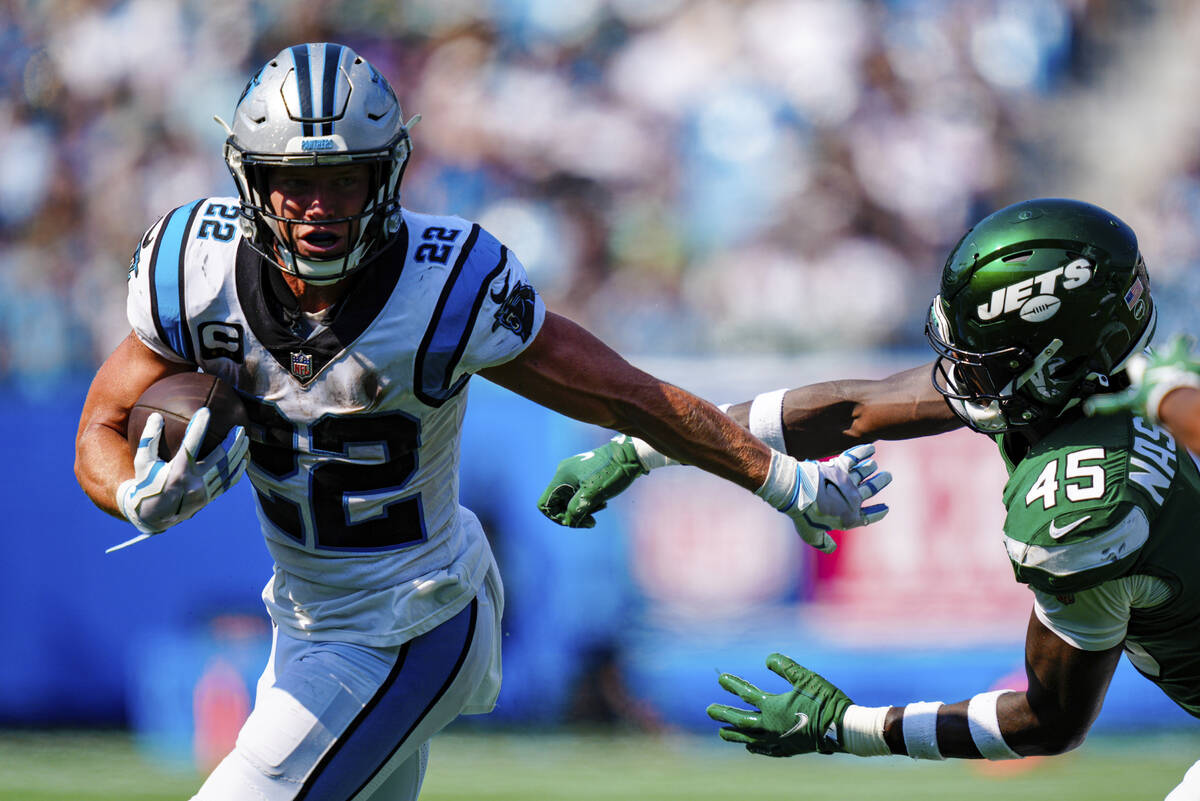 Underdogs went 12-4 ATS with nine outright upsets in the opening week of the NFL season.

The look-ahead line on Sunday’s Saints-Panthers game was a pick’em before New Orleans’ dominant win. But with the Saints’ stock soaring, oddsmakers made them 3½-point favorites at Carolina.

We’ll buy low on the Panthers and back them as home underdogs after they opened their second season under coach Matt Rhule with a solid 19-14 home win over the New York Jets.

Carolina, which led 16-0 at halftime and 19-7 with two minutes left, got a solid performance from new quarterback Sam Darnold, 187 total yards from running back Christian McCaffrey and six sacks from its defense.

Patriots (-5½) over JETS: New England outgained Miami by 134 yards in a 17-16 loss, but had eight penalties for 84 yards and lost a fumble by Damien Harris at the Dolphins’ 9-yard line with 3:18 left. New York lost massive starting left tackle Mekhi Becton to injury. That doesn’t bode well for rookie QB Zach Wilson, who was sacked six times in the Jets’ loss at Carolina. The Patriots have won 10 straight games against New York and are an NFL-best 46-23 ATS (66.7 percent) after a loss since 2003. Bill Belichick is 21-6 against first-year quarterbacks.

Bills (-3) over DOLPHINS: Buffalo outgained Pittsburgh by 119 yards in its 23-16 home loss to the Steelers, who trailed 10-0 at halftime and returned a blocked punt for a touchdown in the fourth quarter. The Bills, who had the league’s second-highest scoring offense last season, crossed midfield on eight of their 11 possessions. Buffalo has won five straight against Miami by an average of 17 points. Bills QB Josh Allen has thrown for 17 TDs and four interceptions in that streak, with 340 yards rushing and three TDs.

Bengals (+2½) over BEARS: Cincinnati faces its former franchise quarterback in Chicago’s Andy Dalton, who led the Bengals to five straight playoff appearances but went 0-5. Cincinnati QB Joe Burrow looked sharp in his return from a torn ACL, completing 20 of 27 passes for 261 yards and two TDs to lead the Bengals to a 27-24 overtime win over the Minnesota Vikings. Ja’Marr Chase and Tee Higgins combined for nine catches for 159 yards and two TDs for a Cincinnati team on the rise. The Bears gave up TD passes of 56 yards and 67 yards in a 34-14 loss at the Rams and won’t move forward until they start rookie QB Justin Fields.

CHARGERS (-3) over Cowboys: After Los Angeles lost 16 one-possession games the past two seasons under former coach Anthony Lynn, it won one in new coach Brandon Staley’s debut in a 20-16 victory at Washington. Second-year QB Justin Herbert threw for 337 yards, and the Chargers outgained the Football Team by 165 yards. Los Angeles should feast on a Dallas defense that allowed 431 yards in a 31-29 loss at Tampa Bay. The Cowboys will put up their share of points in a shootout, but the Chargers have the better defense, led by linebacker Joey Bosa.