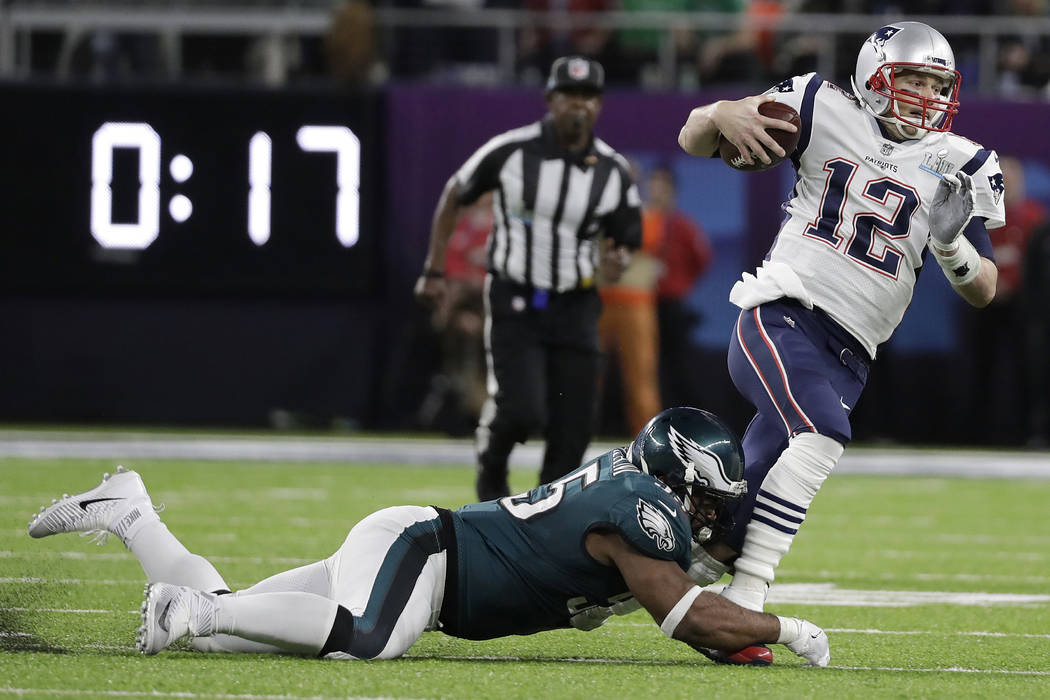 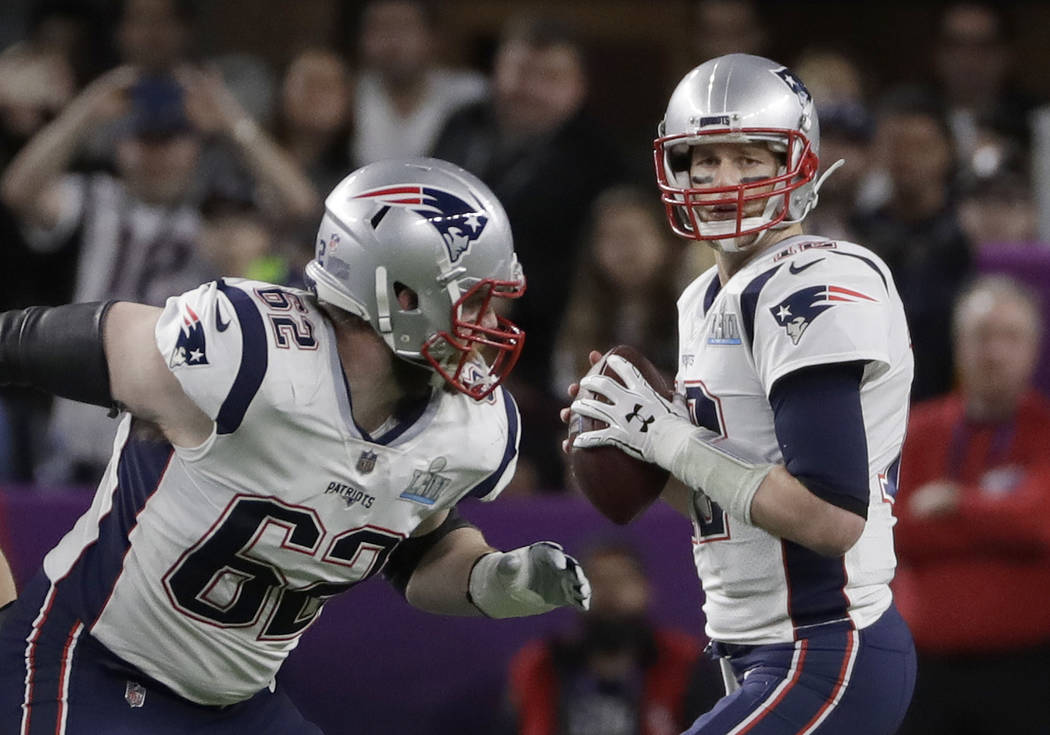 The New England Patriots finally will take a step back in 2018 while the Cleveland Browns will finally take a big step forward.

At least that’s the view of the oddsmakers at the Westgate sports book, which Sunday posted the ever-popular NFL regular-season win totals, along with division and playoff odds and lines on 81 games of the year.

The Patriots have the league’s highest win total, at 11, after closing at 12½ last season, when they went 13-3. They’ve won at least 12 games in eight consecutive seasons and in 12 of the last 15.

“The problem with the Patriots now is there’s no margin of error. If (quarterback Tom) Brady gets hurt, there’s no (Jimmy) Garoppolo coming in there,” Westgate sports book manager Ed Salmons said. “The Patriots would be the Packers without (Aaron) Rodgers now.

“There’s a lot of AFC teams really, really on the come: Jacksonville, Tennessee, Houston, the Chargers, Kansas City, Pittsburgh. And I look for Cleveland to make a dramatic jump this year and be competitive.”

The Browns, 1-31 the last two seasons under coach Hue Jackson, are tied with the Arizona Cardinals for the league’s lowest win total at 5½.

“If Cleveland had any competent coach, we’d probably make their number 7. That’s what we think of their talent level,” Salmons said. “Their defensive front is as good as anyone in football. But their coach is so bad. That’s why the number is so low.”

Besides the Patriots, there are four other teams with double-digit win totals. The Philadelphia Eagles and Pittsburgh Steelers are at 10½ and the Green Bay Packers and Minnesota Vikings are at 10.

The favorites to win their respective divisions in the NFC are the Eagles (minus 160), Vikings (Even), Los Angeles Rams (minus 110) and New Orleans Saints (plus 140).

Nevada sports books were in the rare position Sunday of needing LeBron James and the Cleveland Cavaliers to cover as favorites of between 5 and 6½ points over the Indiana Pacers at home in Game 7.

The Cavs were leading 105-98 in the closing seconds before Pacers point guard Victor Oladipo made an otherwise meaningless 3-pointer at the buzzer for a 105-101 final that burned Cleveland backers and the books.

“It wasn’t a huge decision for us but we needed the Cavs,” he said.

Cleveland is 1-6 against the spread in the playoffs and is dead last in the league ATS this season at 32-56-1.

“Forget about covering 6½ or 7 points,” Avello said. “The whole playoffs, they’ve been life and death to get the wins.”