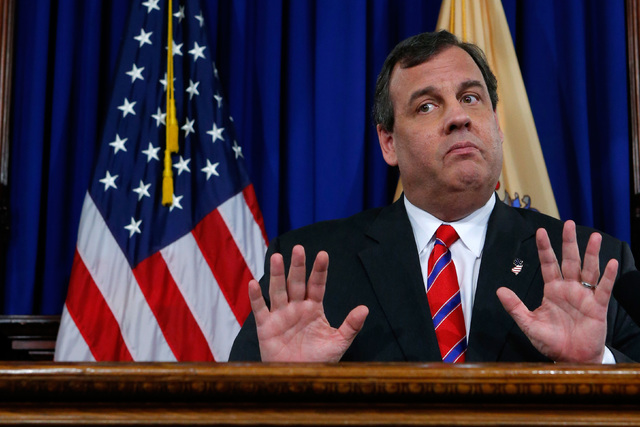 When the U.S. Supreme Court hears arguments on the appealed sports wagering court case that pits New Jersey Gov. Chris Christie against the NCAA, it might also hear from consumer advocates that will argue that it’s the states — not the federal government — that should determine whether their citizens should be allowed to make sports bets.

The Washington-based Competitive Enterprise Institute on Tuesday is unveiling a report, authored by Michelle Minton, that describes the significance of New Jersey’s case challenging a federal sports gambling ban known as PASPA — the Professional and Amateur Sports Protection Act.

Minton’s report outlines the impact on consumer freedom and fraud protection, state revenue and the rights of states and their citizens to decide the question of gambling legalization for themselves.

The case is expected to be argued Dec. 4, with a decision coming by summer.

If the high court overturns a ruling by the Third Circuit Court of Appeals, New Jersey and other states could be allowed to establish their own sports books to take bets on games.

Nevada currently is the only state that can take single-event sports wagers. Delaware, Oregon and Montana have systems in place to take parlay bets on multiple games.

Minton’s report argues that the 10th Amendment assures that states are empowered to address issues not governed by the federal government. She also says PASPA violates the equal sovereignty doctrine by allowing Nevada a privilege other states can’t enjoy.

Repealing PASPA has been one of the key issues undertaken by the American Gaming Association, and it has mobilized a special committee to work with lawmakers to introduce bills that would strike it down if the Supreme Court ruling doesn’t effectively change policy.

Minton also calls for legislative action if the court upholds the appeal.

“Regardless of how the Supreme Court rules in Christie v. NCAA, Congress should act to repeal PASPA and all other federal gambling laws that threaten the sovereignty of the states and put representative government that is accountable to individual citizens at risk,” she said.