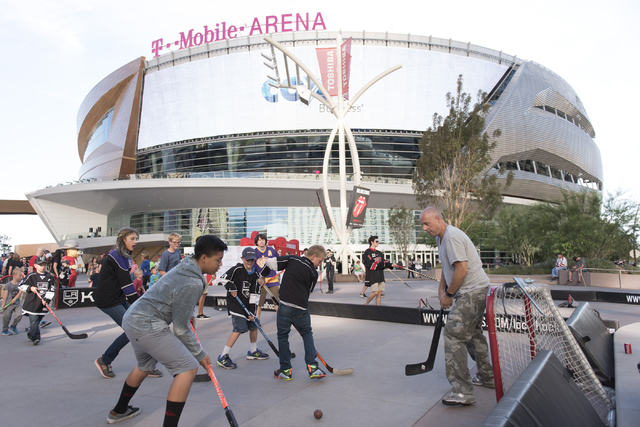 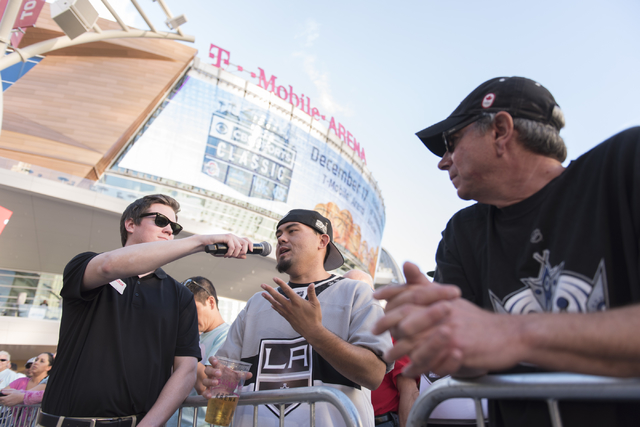 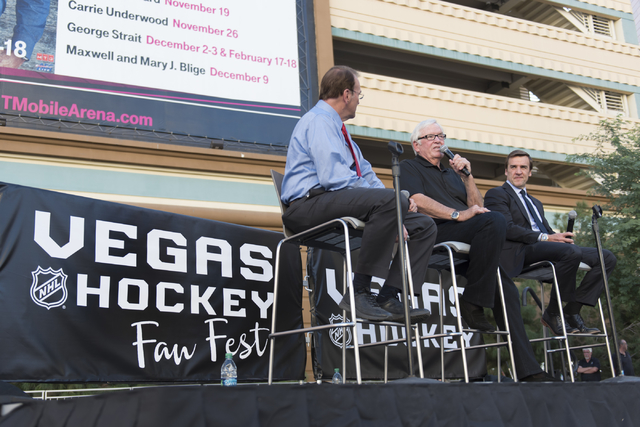 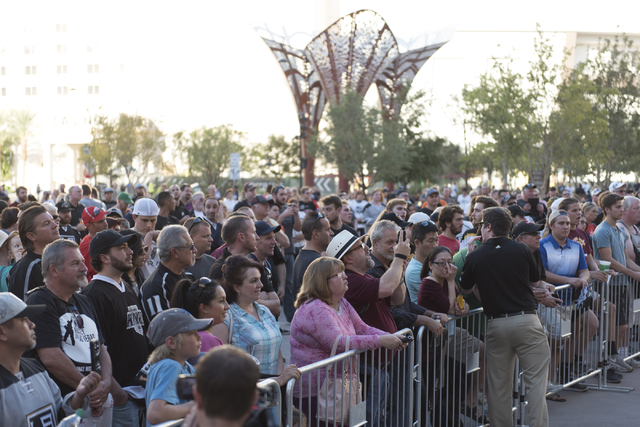 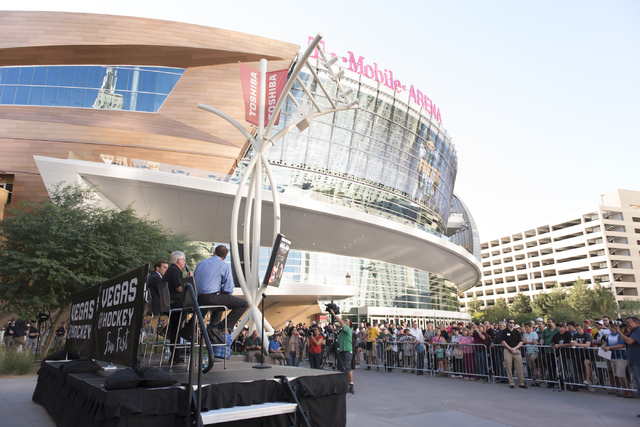 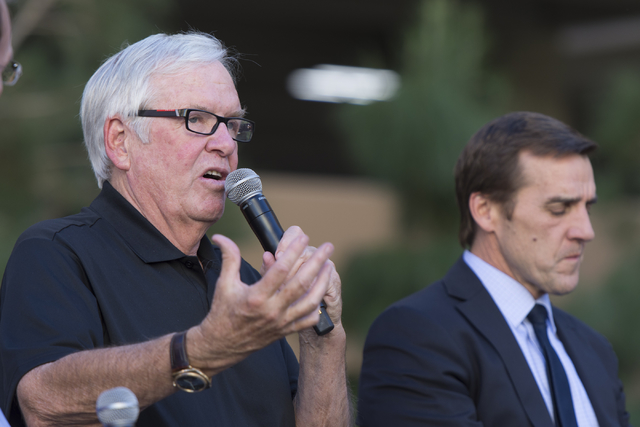 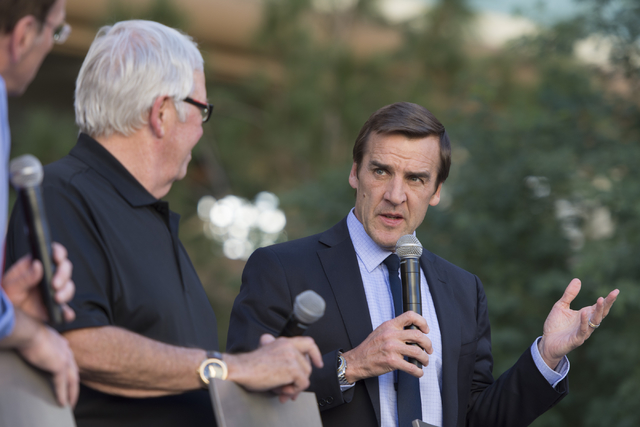 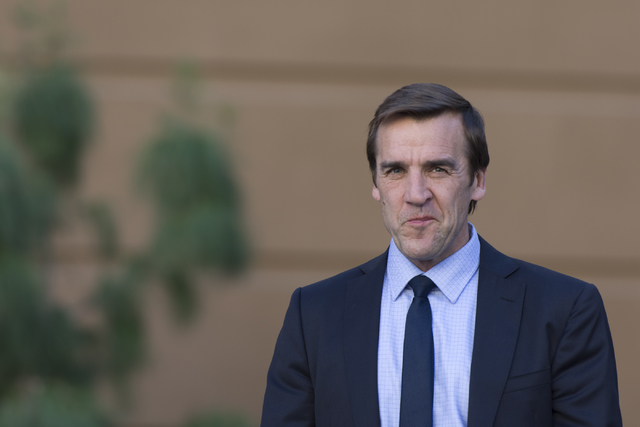 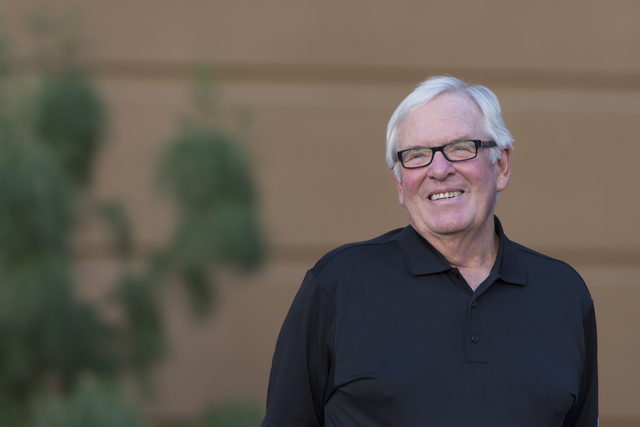 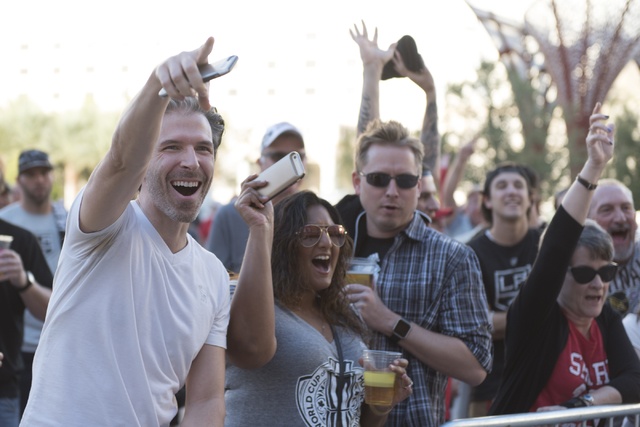 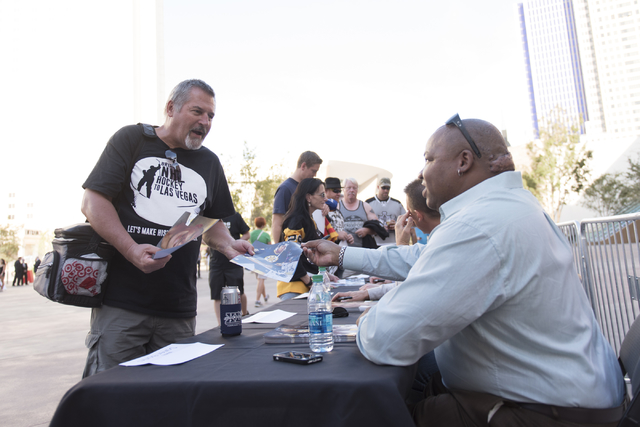 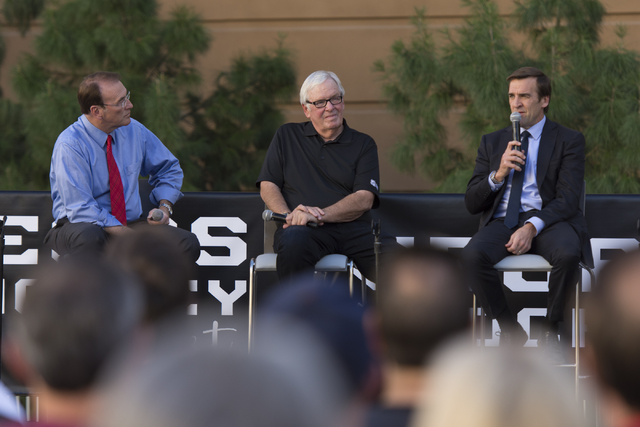 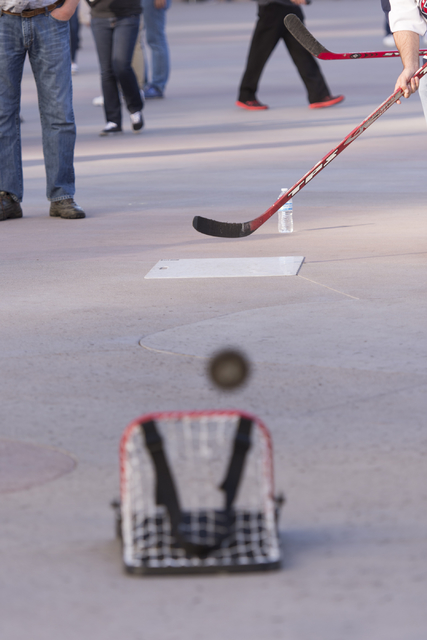 A man hits a puck into a net during the Vegas Hockey Fan Fest at Toshiba Plaza in Las Vegas, Saturday, Oct. 8, 2016. Jason Ogulnik/Las Vegas Review-Journal 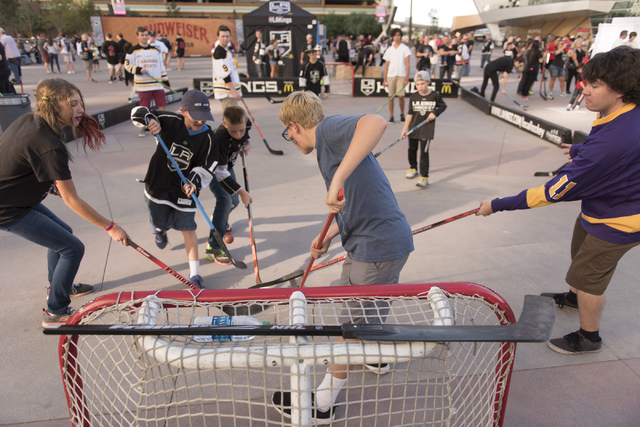 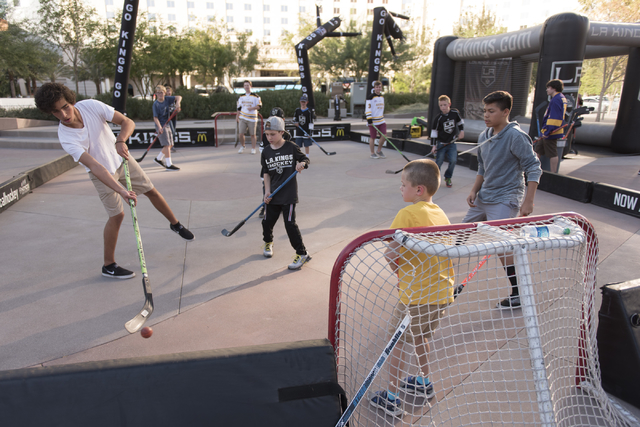 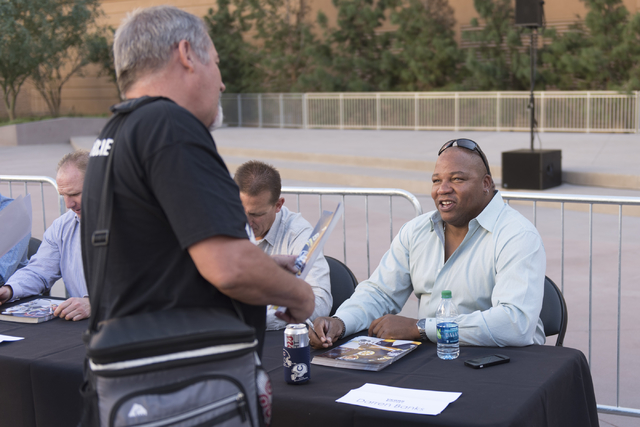 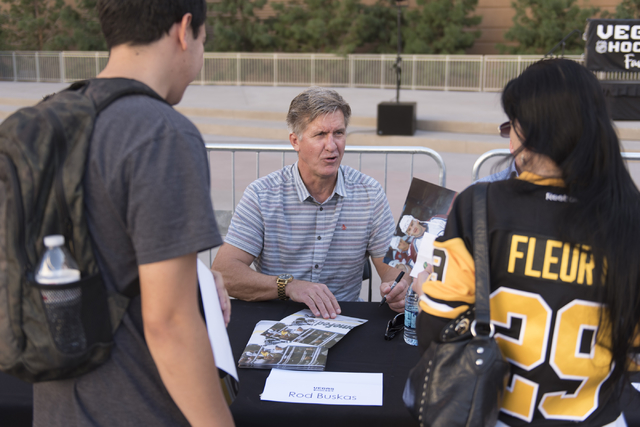 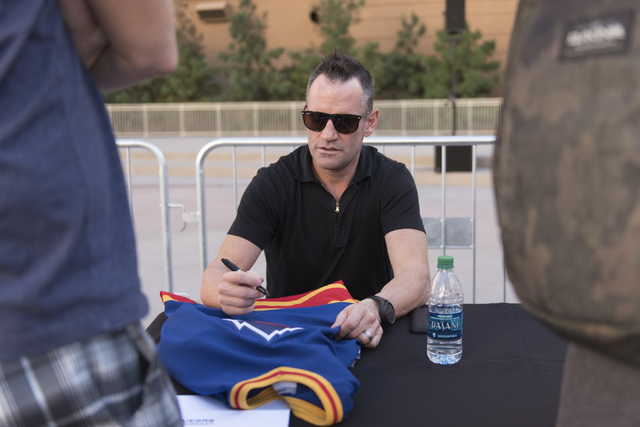 Give Bill Foley credit. He’s always prepared. And he can be pretty candid.

Foley, the owner of the Las Vegas NHL expansion franchise, and general manager George McPhee spent 30 minutes Saturday afternoon taking questions from fans during the team’s Fan Fest at Toshiba Plaza. So when the first question came, Foley was ready for it.

“When will the team’s nickname be announced?”

“I knew that one was coming,” Foley said. “But we’re shooting for Nov. 18 here at Toshiba Plaza. It’s not finalized. We’re working with the arena on the date.

“We’re tinkering with the final colors. We really want it to pop when you see them on our jerseys. But the logo’s been picked. The name’s been picked.”

McPhee was asked if he knew the name of the “Something” Knights.

Foley was asked if he had a problem with the NFL’s Oakland Raiders possibly moving to Las Vegas and what impact it would have on his franchise.

“I’m not going to be politically correct here,” he said. “But I believe if you’re going to spend $750 million of the public’s money, it should be on policemen, firefighters and teachers.

“We have our fan base, and they have theirs. The Raiders will be irrelevant to us.”

Many among the 200 or so fans who attended wanted to know from McPhee what type of team they will see on the ice when Las Vegas begins play in the 2017-18 season.

Las Vegas will be the third among the 31 NHL teams for the entry draft and will pick no lower than sixth. It could get the top selection if the lottery falls its way. There is no lottery for the expansion draft. McPhee and his staff began their first mock expansion draft Saturday morning and will complete it Sunday.

“I’m encouraged by what I saw today,” McPhee said. “I went in somewhat pessimistic. But with our whole staff here today, I feel we’re going to be better.”

Foley was asked about youth hockey and the team’s American Hockey League affiliation.

“We’re going to probably share with another (NHL) team for a couple of years,” he said of the AHL affiliate. “We’re going to start working to build youth hockey as soon as the practice facility opens next September. That’s how you build your fan base, when they’re young.”