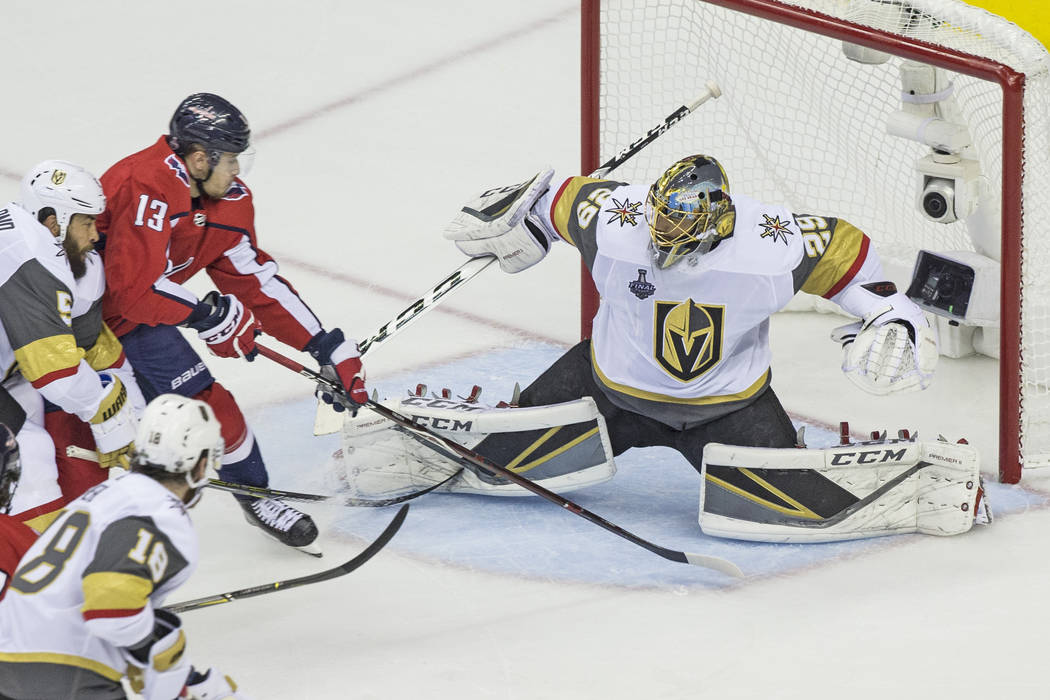 Key numbers after Game 3 of the Stanley Cup Final:

0 — Power-play goals, the first time in the series.

3-1 — Golden Knights’ record in Game 3 during the playoffs.

3-1 — Golden Knights’ record in playoffs coming off a loss.

5-5 — Capitals’ home record during the playoffs.

22 — Capitals’ playoff games this season, the most in franchise history.

24 — Games the Golden Knights had gone without suffering a two-game losing streak.

26 — Capitals’ number of blocked shots, 17 more than the Knights.

38 — Hits by the Capitals, seven more than the Knights.

48 — Combined shots on goal, single-game low for the series.

60 — Career playoff goals by Capitals forward Alex Ovechkin, giving him the sixth most by a European-born player.

64 — Total victories for the Golden Knights this season.

65:42 — Elapsed game time beginning in Game 2 that the Knights went scoreless until Tomas Nosek scored in the third period.

78 — Percentage of series in which the Game 3 winner has taken the Stanley Cup Final.

262 — Goals allowed by the Knights this season.

320 — Goals scored by the Knights this season.