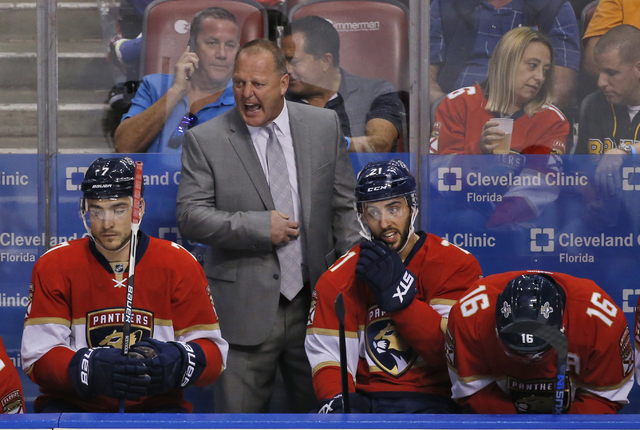 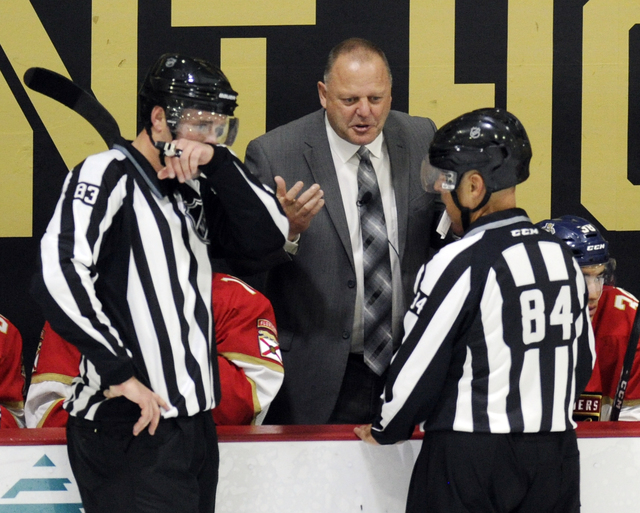 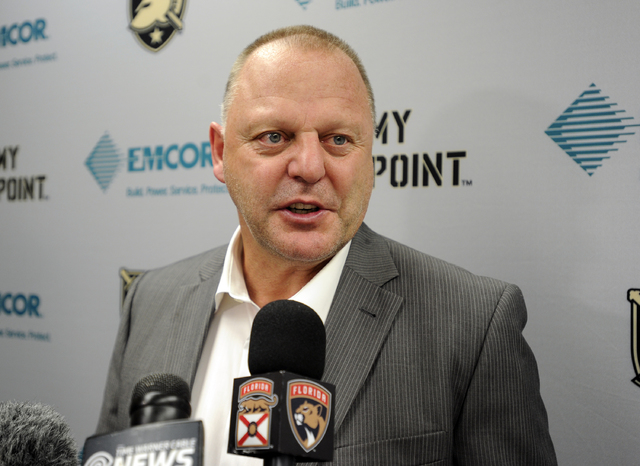 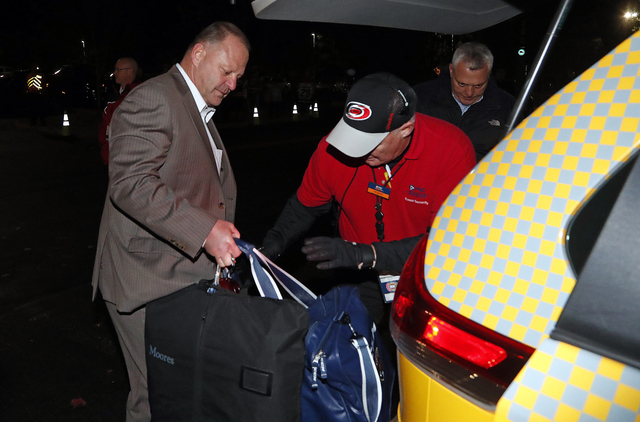 Gerard Gallant, former Florida Panthers head coach, gets into a cab after being relieved of his duties following an NHL hockey game against the Carolina Hurricanes, Sunday, Nov. 27, 2016, in Raleigh, N.C. (Karl B DeBlaker/AP)

The Golden Knights are not going to wait until after the NHL regular season to hire their head coach. Majority owner Bill Foley said Monday the process has been accelerated.

“We might have our hire made before the end of the season,” he said.

Initially, the team said it didn’t plan to hire its first head coach until late spring, after the NHL regular season, perhaps even waiting until after the team had concluded its expansion and amateur drafts. But Foley said that timetable has moved up.

It’s an indication the Knights may have identified their man: former Florida Panthers coach Gerard Gallant, who was let go Nov. 25. While the team would not not say if the Panthers gave it permission to talk to Gallant, TSN hockey insider Bob McKenzie said the two sides have talked.

When asked if the team has talked to Gallant and whether he is their No. 1 target, Foley said, “No comment. But I believe we’re going to get a very good coach.”

Gallant did not return phone calls from the Review-Journal.

What accelerated the Knights’ interest? When the New York Islanders fired Jack Capuano last week, it was learned Islanders general manager Garth Snow had sought and received permission from the Panthers three weeks before to contact Gallant.

However, Gallant, a former Islanders assistant coach, is not on the bench in Brooklyn. Assistant general manager Doug Weight is the team’s interim head coach.