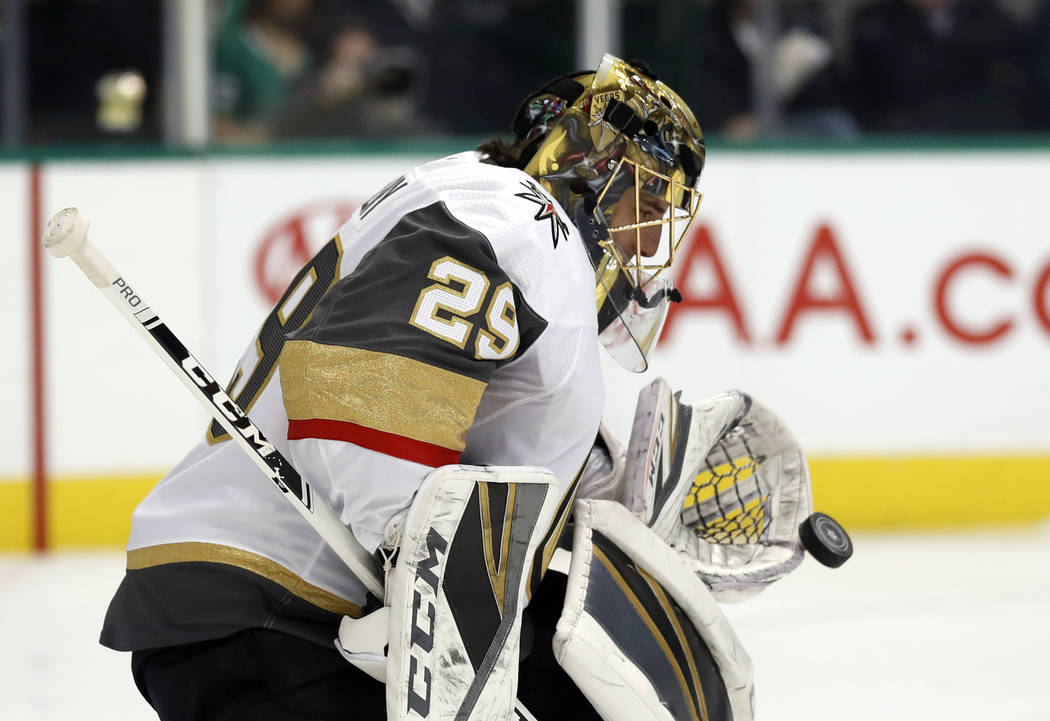 Vegas Golden Knights goaltender Marc-Andre Fleury (29) reaches out to glove a shot from the Dallas Stars in the first period of an NHL hockey game in Dallas, Friday, March 15, 2019. (AP Photo/Tony Gutierrez) 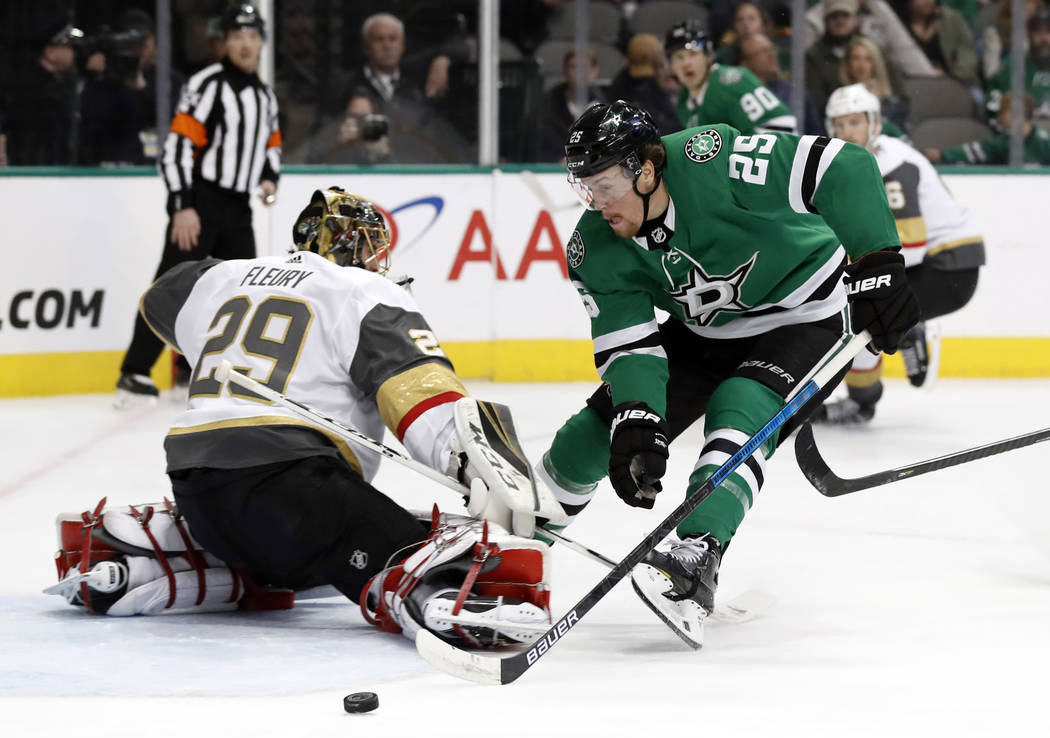 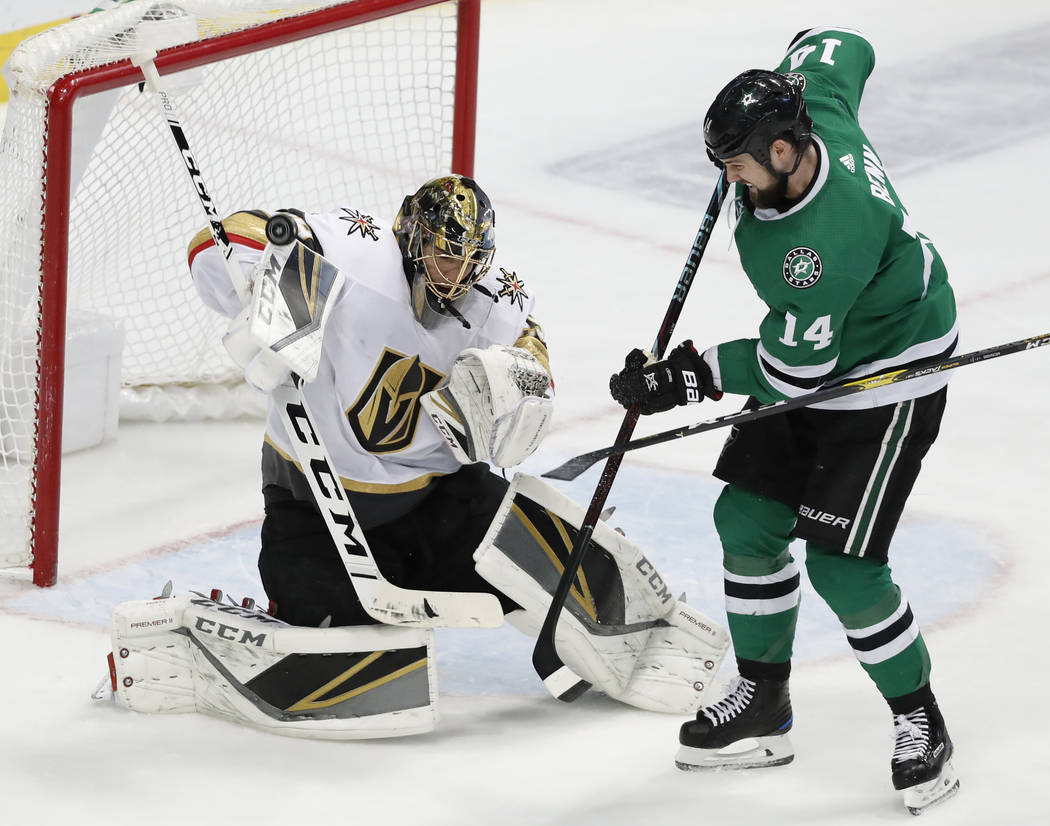 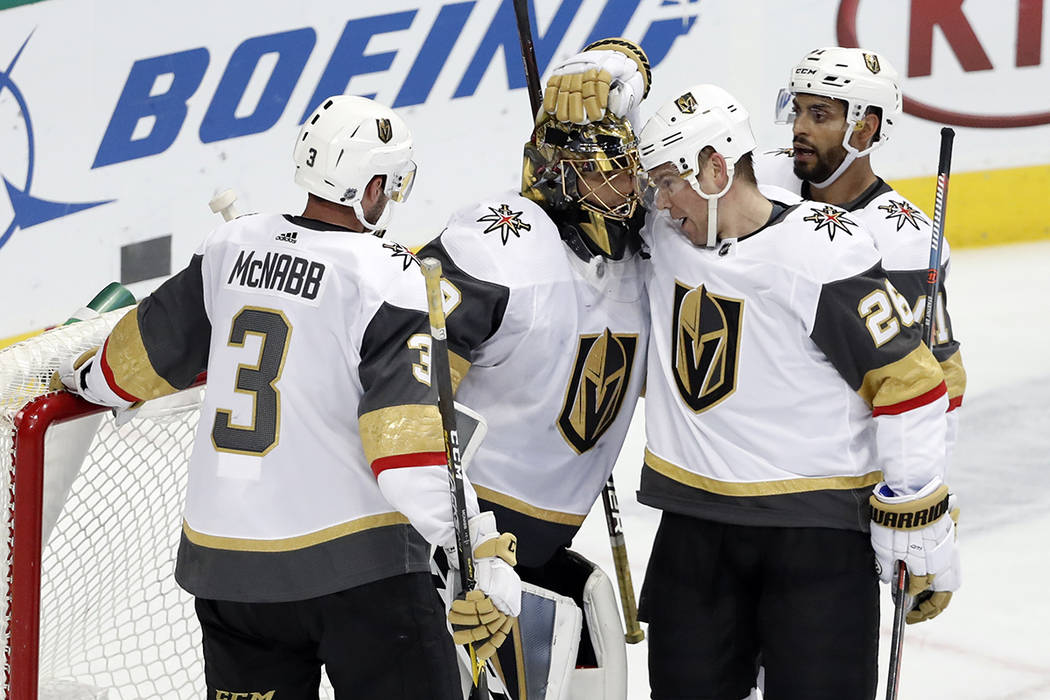 The 34-year-old Fleury played all 60 minutes of a 4-1 win against the Dallas Stars on Friday but didn’t appear at the team’s morning skate Sunday.

Backup Malcolm Subban started against the Edmonton Oilers in a 6-3 victory as the Knights headed into the last 11 games of the season.

Gallant said after the game that Fleury would not travel with the team for Monday night’s game against the Sharks in San Jose.

Fleury’s lead on Dubnyk shrunk this past week because he had a six-day gap between starts thanks to a break in the Knights’ schedule.

“I didn’t practice too much (last) week,” Fleury said Saturday. “I got to rest a bit and just take care of myself. I thought it was a nice time of the season. We don’t get those (breaks) very often, especially at this time of the season.”

The Knights’ game at San Jose on Monday represents their penultimate back-to-back scenario of the season. The Sharks are locked in a duel with the Pacific Division-leading Calgary Flames while both teams own a comfortable lead over the third-place Knights.

If the standings hold, the Sharks and Knights would play in the first round of the playoffs.

“I know them and Calgary are fighting,” defenseman Shea Theodore said. “They’re close in points coming down the stretch. They’re looking to get any points they can get, and we’re looking to take them away. At the same time, (we want to) just play consistent against those teams we might be facing come playoff time.”

The Knights and Sharks will meet for the seventh time in regular-season history Monday. Four of their first six meetings were decided by a single goal.

“They know us, we know them,” forward Jonathan Marchessault said. “We know we both have good teams. It’s just good games every time we play them. It’s another game like the others. We want to show up, be good against them. Let them know we’re still in the hunt.”