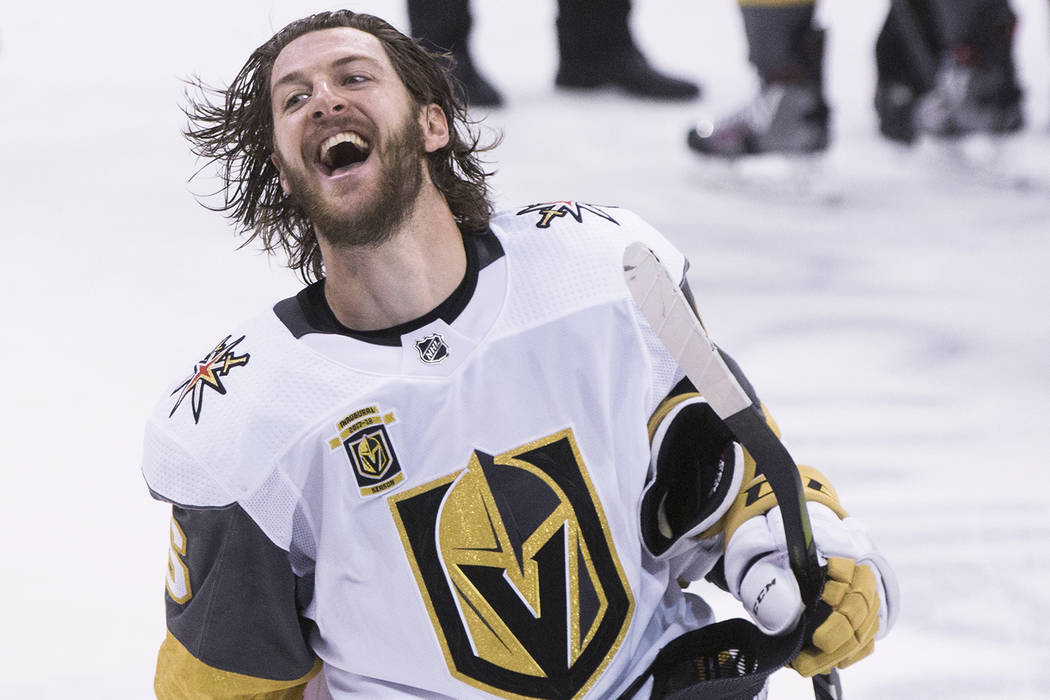 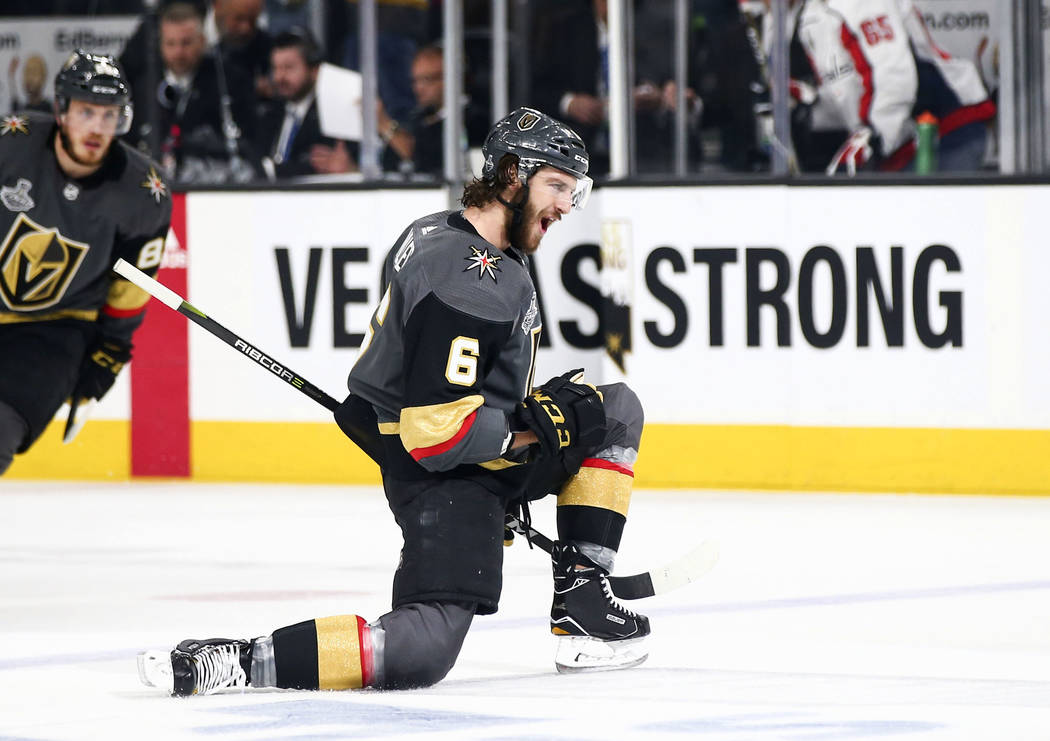 Golden Knights defenseman Colin Miller (6) celebrates his goal against the Washington Capitals during the first period of Game 1 of the NHL hockey Stanley Cup Final at the T-Mobile Arena in Las Vegas on Monday, May 28, 2018. Chase Stevens Las Vegas Review-Journal @csstevensphoto

He now leads the group in salary, too.

Miller’s $3.875 million annual average salary surpasses the cap hit of Brayden McNabb, who was set to be the team’s highest-paid defenseman at $2.5 million per season. The deal includes a modified no-trade clause for the final two seasons.

“Colin took big steps forward last season in all areas,” general manager George McPhee said in a statement. “He is a young mobile defenseman with a great shot who contributed greatly to our team’s success. We are excited for his continued development over the next four years.”

Miller, 25, finished the regular season with a career-high 41 points, including 10 goals, and 53 penalty minutes. He was third on the team with 17 power-play points (five goals, 12 assists) and quarterbacked the No. 2 unit with his hard right-hand shot.

Miller added three goals and four assists during the Knights’ run to the Stanley Cup Final. And he joined William Karlsson as one of two players who did not miss a game during the regular season or the playoffs.

Miller was at the end of a two-year, $2 million contract, and the restricted free agent filed for salary arbitration prior to Thursday’s deadline.

With Miller locked up through 2022, the Knights are projected to have $14.875 million remaining in salary cap space for next season, according to CapFriendly.com. Restricted free agents Karlsson, Tomas Nosek, William Carrier and Shea Theodore remain unsigned. Qualifying offers to restricted free agents expire July 15.

Karlsson and Nosek filed for salary arbitration, with the hearings scheduled to take place between July 20 and Aug. 4.

Miller was a fifth-round pick by Los Angeles in 2012. He was traded to Boston in 2015 and collected 29 points (nine goals, 20 assists) in 103 games over two seasons with the Bruins before being selected in the expansion draft.