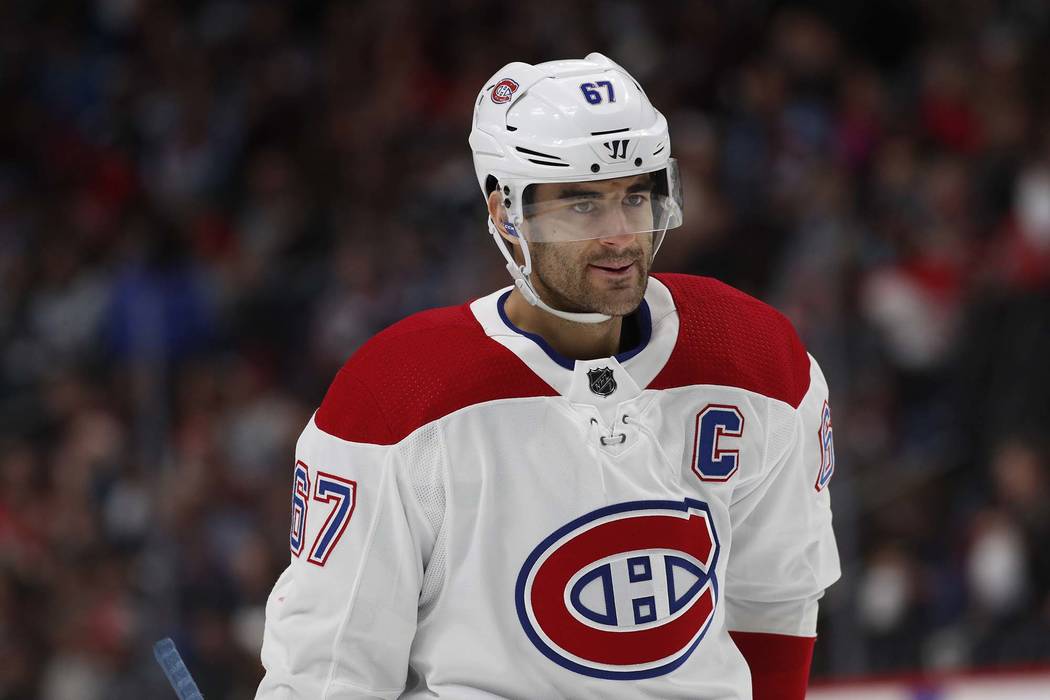 The Vegas Golden Knights on Monday, Sept. 9, signed Max to a four-year extension worth $7 million annually Monday. The Knights acquired Pacioretty from the Montreal Canadiens on Sunday. (David Zalubowski/AP) 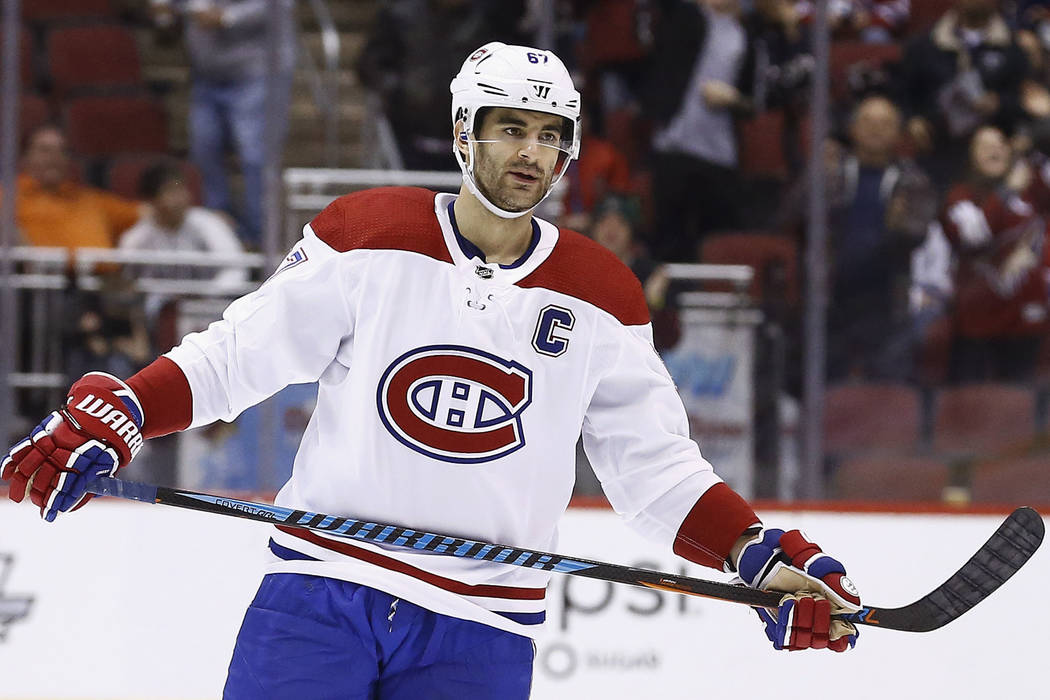 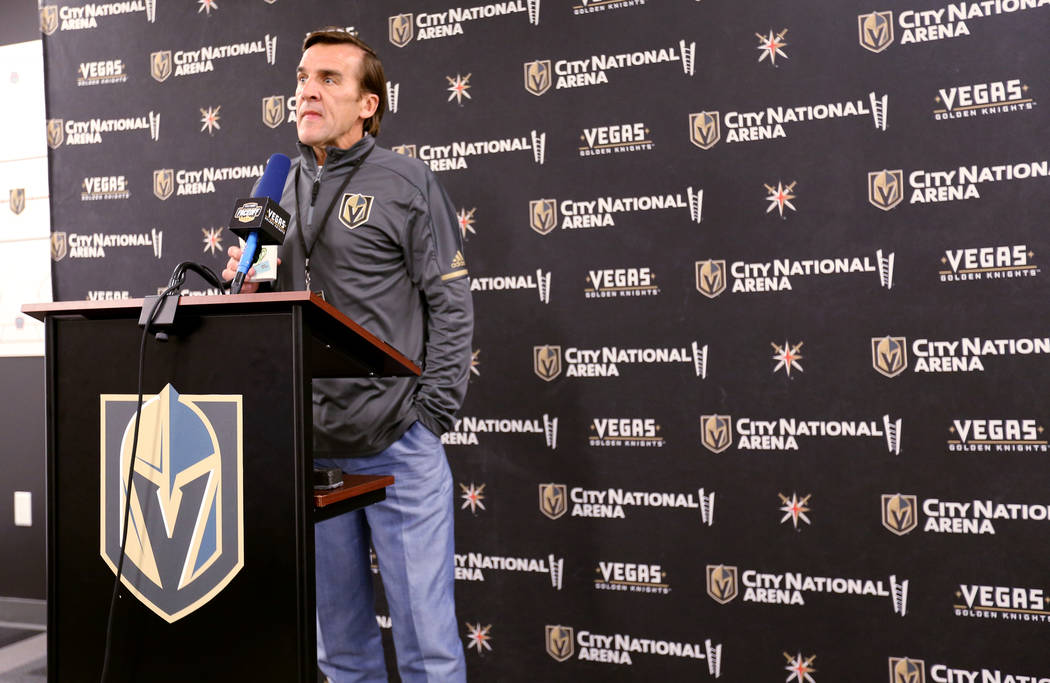 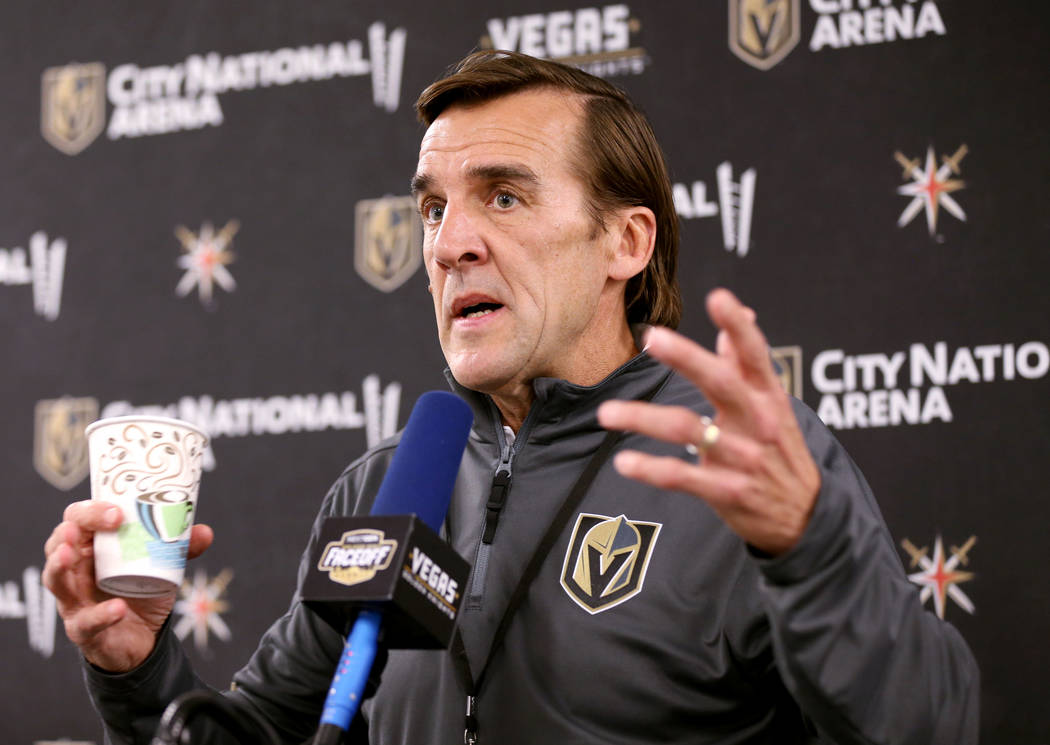 George McPhee was given a deadline of 7 p.m. Sunday by Montreal general manager Marc Bergevin to hammer out a contract extension with Max Pacioretty.

After an afternoon of negotiating, the sides came to an agreement with a minute to spare.

“This deal wasn’t going to happen if we didn’t have an extension,” the Golden Knights general manager said.

With the terms in place, the Knights completed the trade for Pacioretty and announced Monday they signed the veteran left wing to a four-year, $28 million extension.

The Canadiens received forwards Tomas Tatar, Nick Suzuki and a 2019 second-round pick in exchange for their captain.

“He fits the personality of this club,” McPhee said. “We thought it was an opportunity that would be good for this hockey club if we could make it work. So, we went ahead and did it.”

The Knights and Canadiens started to discuss a trade for Pacioretty (pronounced Patch-a-ready) following the draft in June, and talks heated up the past few days, according to McPhee.

Los Angeles was set to acquire Pacioretty at the draft, but he could not come to terms with the Kings on a long-term extension and the deal fell apart.

The Knights paid a steep price to land the five-time 30-goal scorer, who said last week he would not negotiate a contract extension during the season.

Taking into account the three draft picks the Knights sent Detroit for Tatar at the February trade deadline, McPhee effectively gave up a top prospect (Suzuki), a first-round pick, two second-round picks and a third-rounder for Pacioretty.

But the Knights remain in a strong position for the future with plenty of salary cap space ($9.4 million for this season) and a stockpile of draft picks.

The Knights own their selections in the first six rounds of the 2019 draft, along with two additional choices in the third round and an extra in the fifth. They have all seven of their picks in the 2020 draft, plus second-rounders from Dallas and Pittsburgh.

“I think this organization is in a very good place,” McPhee said. “We’re comfortable with what we’ve done, otherwise we wouldn’t have done it.”

Pacioretty has a 10-team, no-trade clause, and his $7 million average annual salary starting in 2019-20 is the fourth-highest in the league for a left wing.

Pacioretty, who turns 30 on Nov. 20, will be the Knights’ highest-paid forward based on average annual salary when the extension kicks in at the start of next season.

“I think you have to look at the players and their physical makeup and their skating ability,” McPhee said, explaining the length of the extension. “When you have a guy with speed, they can typically play longer. If they lose half a step, then they’re just average instead of slow, and that makes a difference.”

Knights coach Gerard Gallant was an assistant coach in Montreal for two seasons and recommended Pacioretty, whose nickname is “Patches.”

Pacioretty was the subject of multiple trade rumors and, as captain, shouldered much of the blame for Montreal’s woes last season.

He produced 17 goals and 37 points in 64 games before his season was cut short by a knee injury March 2 at the New York Islanders, ending a run of four straight 30-goal seasons.

Pacioretty resumed skating at the end of July, and McPhee said he is expected to be healthy when training camp opens Thursday.

A native of New Canaan, Connecticut, Pacioretty has been one of the league’s most consistent goal scorers in his 10 seasons.

“He can score goals,” McPhee said. “He’s a productive player.”

Pacioretty also was one of Montreal’s primary penalty killers and is an upgrade defensively. He is expected to skate on the Knights’ second line with free-agent signing Paul Stastny.

Suzuki, the No. 13 pick in the 2017 draft, was coveted in the deal by the center-starved Canadiens.

He played center Sunday in the Knights’ 5-4 loss to San Jose at the Vegas Rookie Faceoff and also saw time on the wing.

Suzuki’s parents were in Las Vegas to watch the tournament, and McPhee acknowledged that the 19-year-old was surprised at the news of the deal.

“It’s kind of shocking, really, just seeing a good friend of mine getting traded,” Knights prospect Cody Glass said Monday. “I know it’s a business decision and everything, and that’s how hockey goes. I know Nick’s going to have a heck of a career and he’s going to have lots of opportunity in Montreal.”