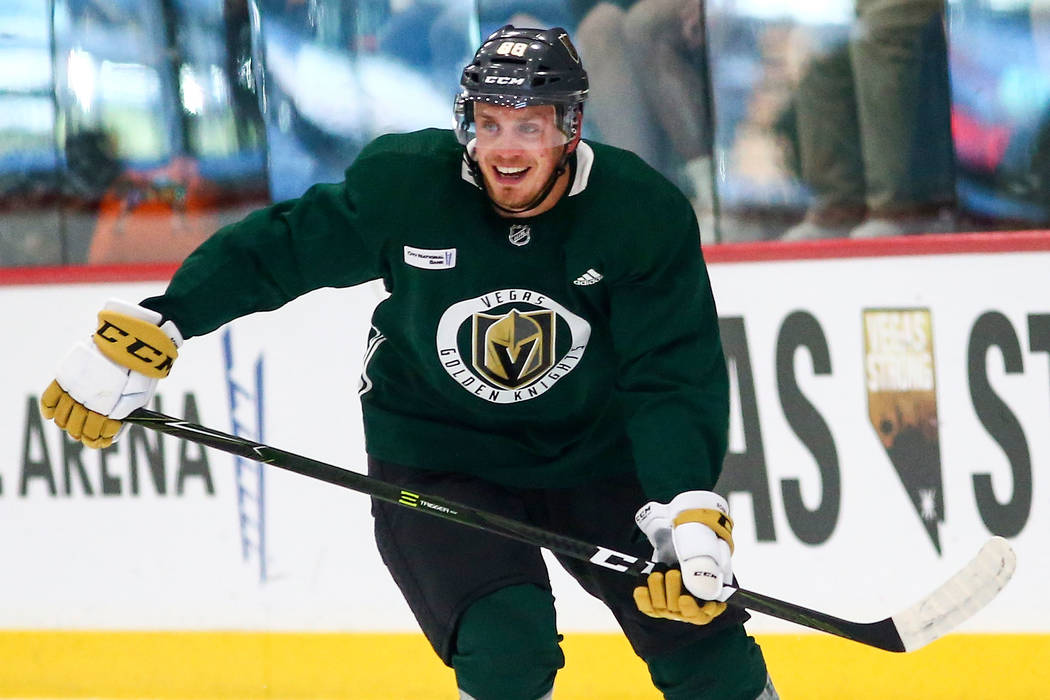 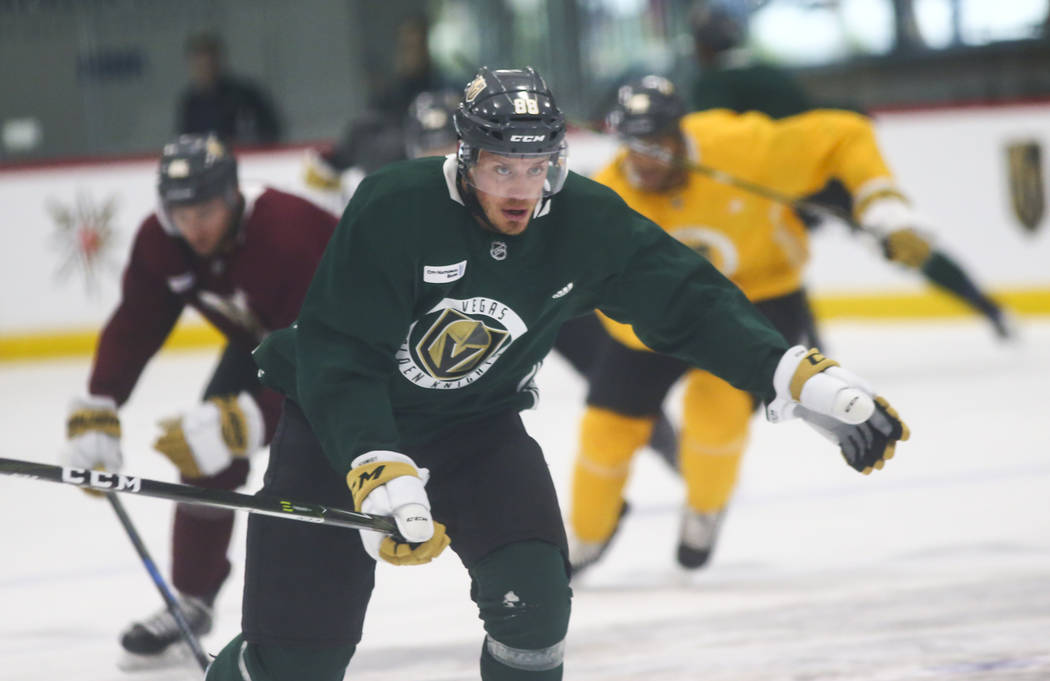 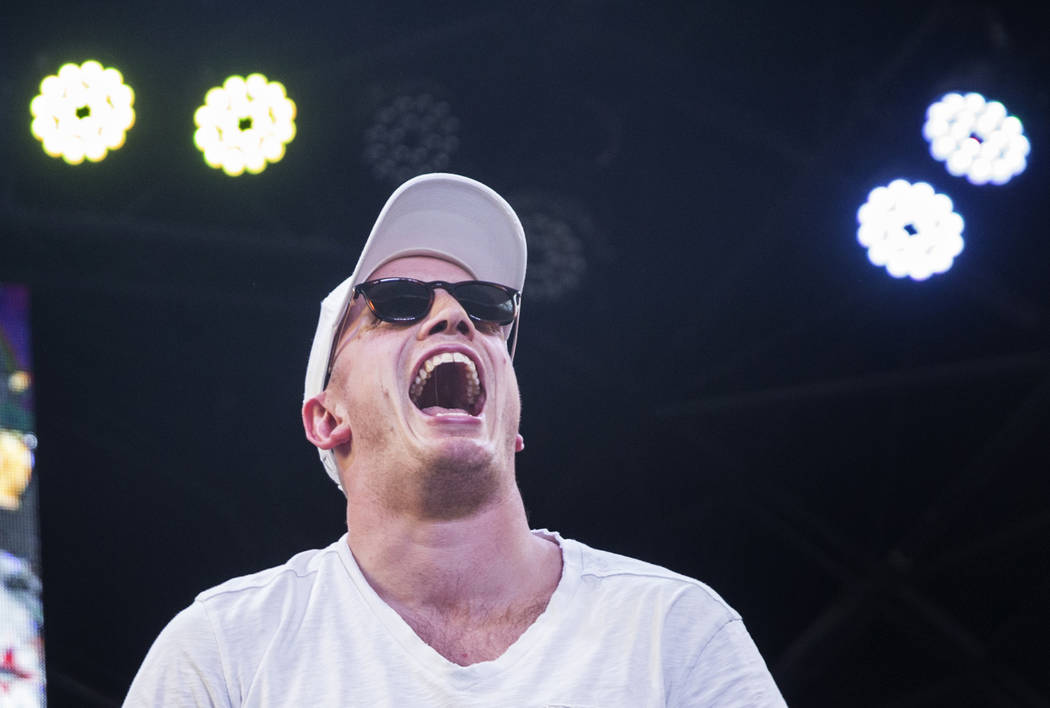 Golden Knights defenseman Nate Schmidt has fun with the crowd during “Stick Salute to Vegas and Our Fans” on Wednesday, June 13, 2018, at the Fremont Street Experience, in Las Vegas. Benjamin Hager Las Vegas Review-Journal @benjaminhphoto 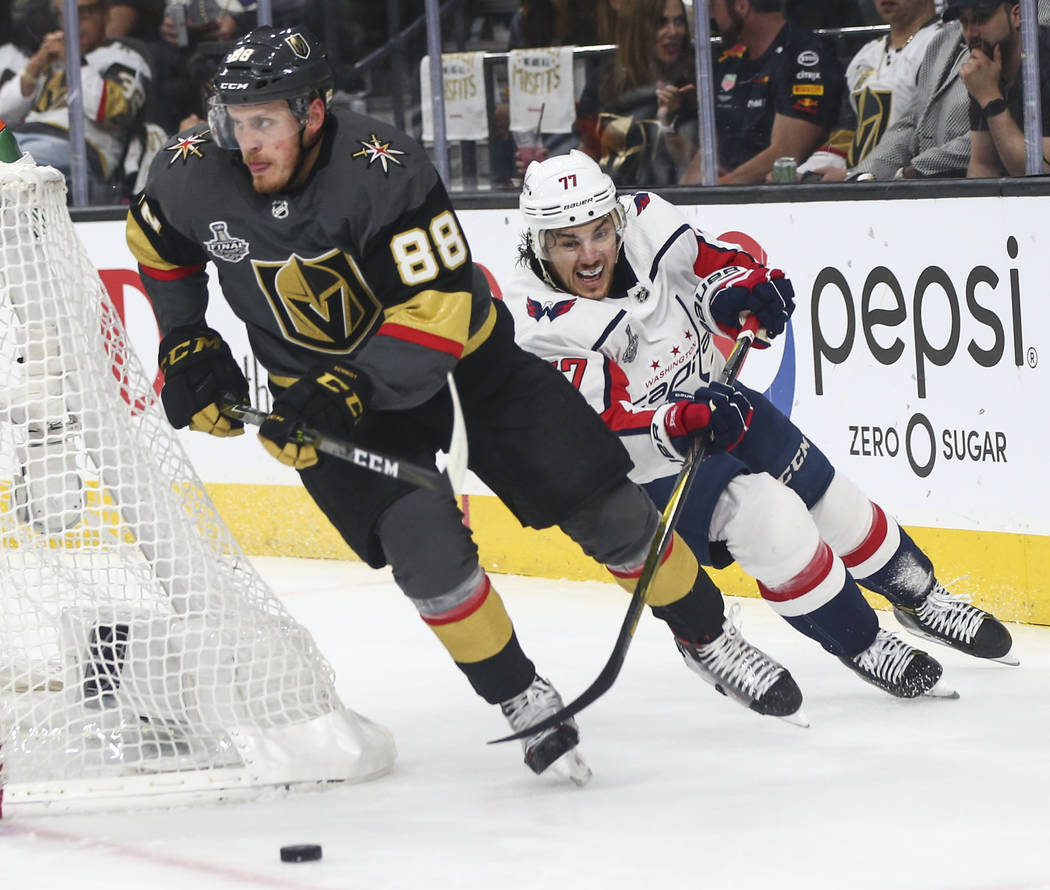 Golden Knights defenseman Nate Schmidt (88) moves the puck while being chased after by Washington Capitals right wing T.J. Oshie (77) during the second period of Game 2 of the NHL hockey Stanley Cup Final at the T-Mobile Arena in Las Vegas on Wednesday, May 30, 2018. Chase Stevens Las Vegas Review-Journal @csstevensphoto 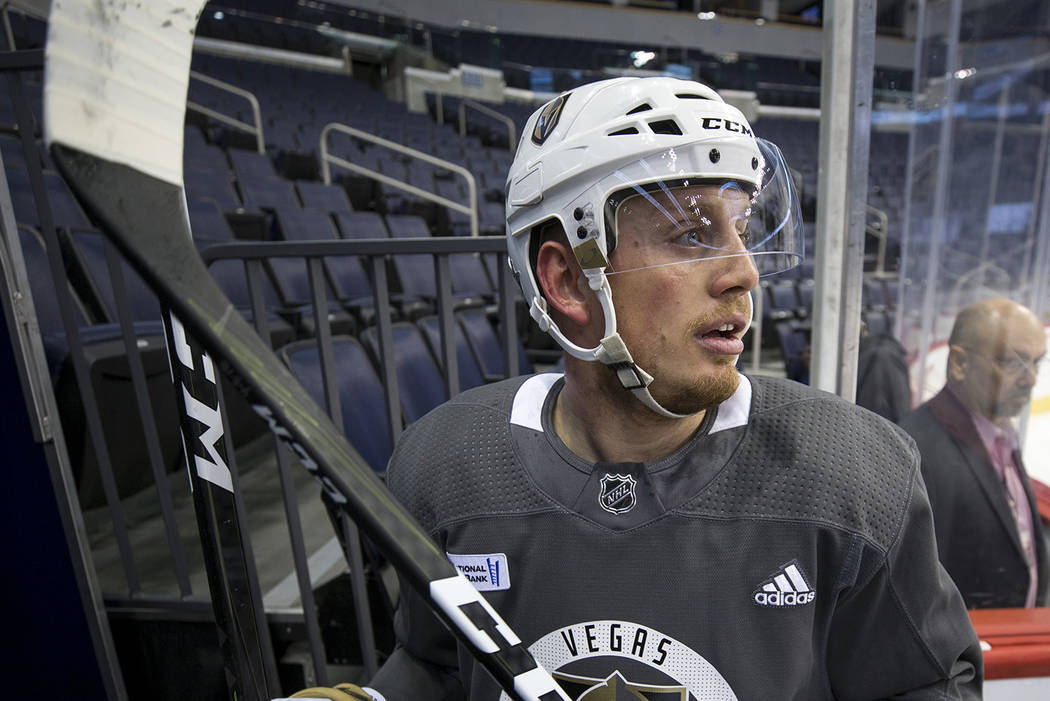 Vegas Golden Knights defenseman Nate Schmidt (88) leave the rink after taking part in the morning skate ahead of Game 2 against the Winnipeg Jets at the Bell MTS Place in Winnipeg, Canada, on Monday, May 14, 2018. Richard Brian Las Vegas Review-Journal @vegasphotograph 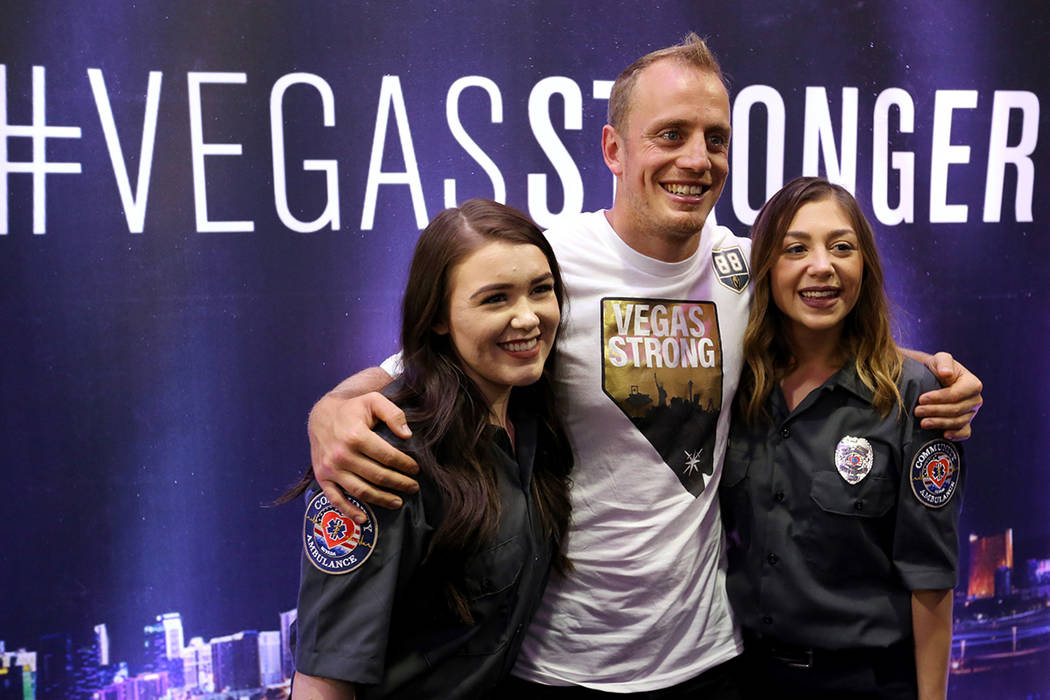 Vegas Golden Knights player Nate Schmidt (88) poses with Randi Sloan, left, and Kaitlyn Rogers during a ceremony honoring members of Community Ambulance "The 21" for their courage under fire, exceptional care for patients and resilience in the wake of the Route 91 festival shooting on the Las Vegas Strip. The medical team members were dispatched to the country music concert or were already on site. K.M. Cannon Las Vegas Review-Journal @KMCannonPhoto 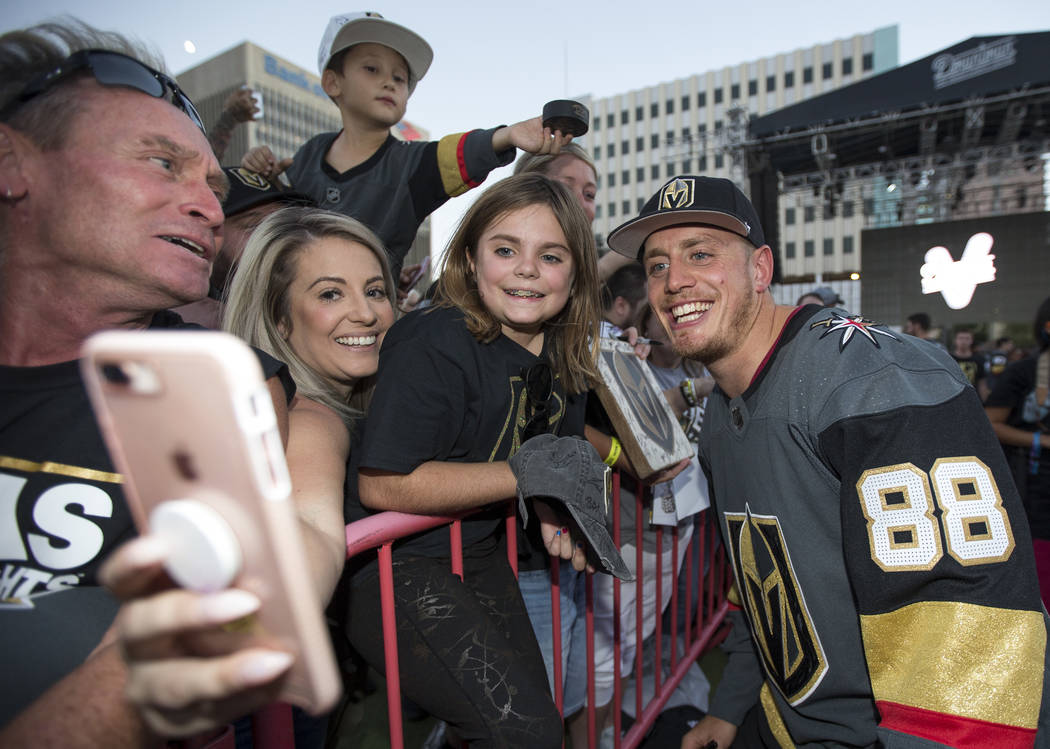 The Golden Knights will be without defenseman Nate Schmidt for 11 more games.

They’ll then have him for seven more years.

The Knights signed Schmidt to a six-year contract extension Wednesday that runs through the 2024-25 season. The deal is worth $5.95 million annually and prevents the 27-year-old, who is in the midst of a 20-game suspension for violating the NHL’s substance abuse policy, from becoming a free agent this offseason.

“I just wanted to say I couldn’t be more excited about being a part of this group, this organization and this city, Las Vegas, for the next six years,” Schmidt said in a Twitter video. “I couldn’t think of myself being anywhere else but T-Mobile Arena, City National (Arena), seeing (Knights fans) each and every day. I just want to thank everyone for all the support through everything that’s happened. It means a lot to me.”

“He’s the kind of defenseman that every team in this league is looking for now,” general manager George McPhee said. “He’s unique in that he’s excellent defensively, he’s become a shutdown defenseman for us playing against the other clubs’ top players, but he also brings a lot of pace to the game and he brings offense.”

Schmidt is eligible to return from his suspension on Nov. 18 at Edmonton. He is practicing with the Vienna Capitals in Austria while away from the team.

“We miss him a lot,” coach Gerard Gallant said. “He’s a big part of our group and we’re real happy to have him long-term.”