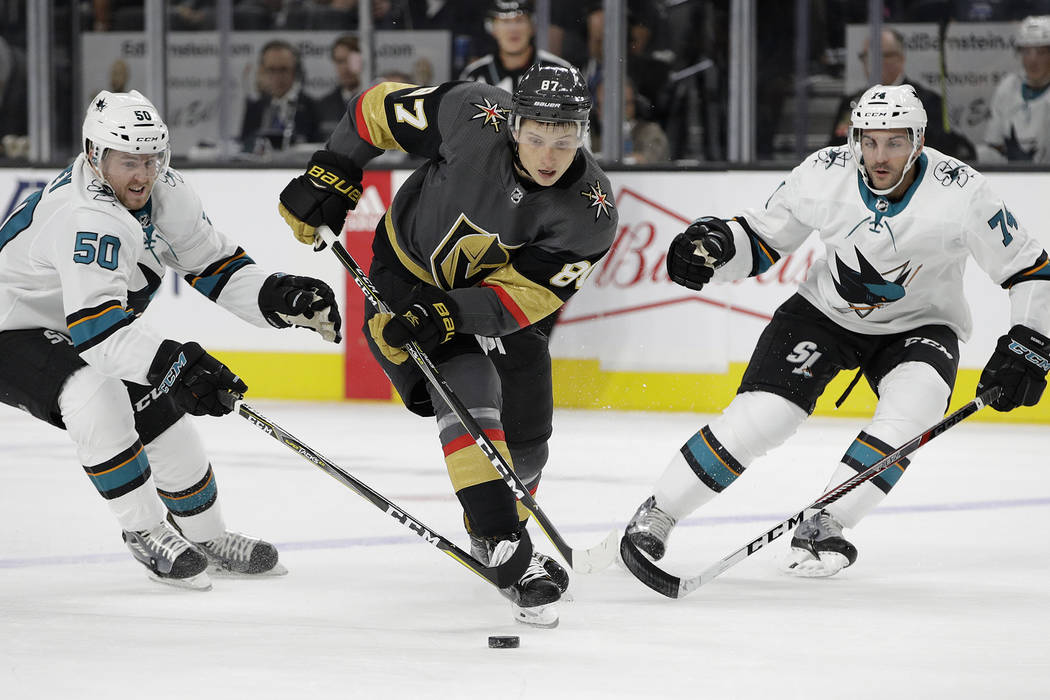 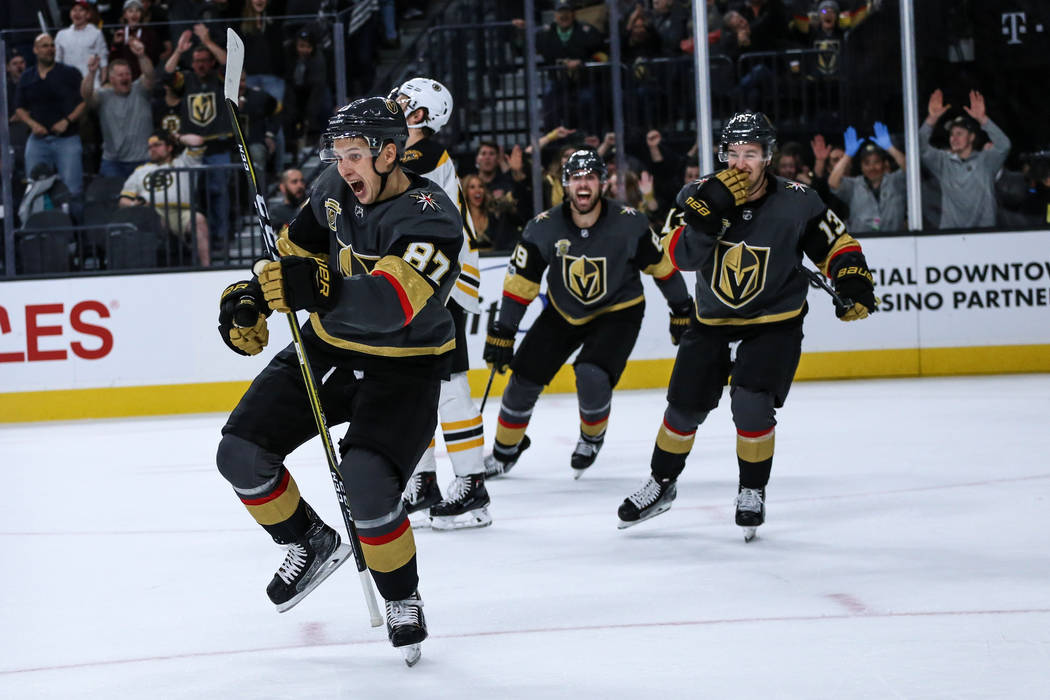 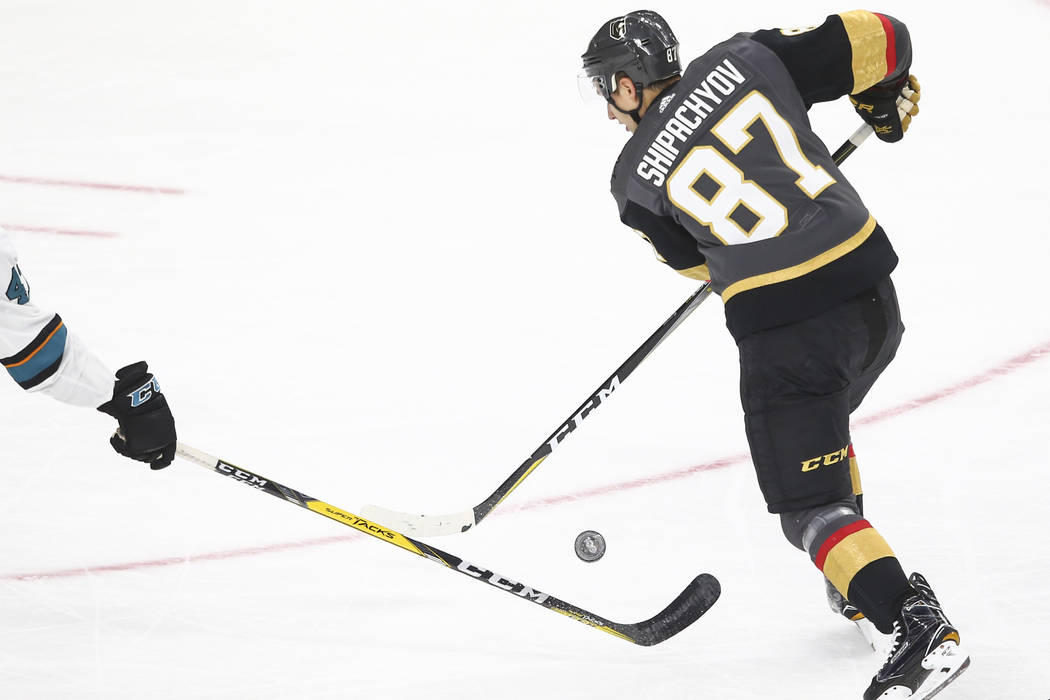 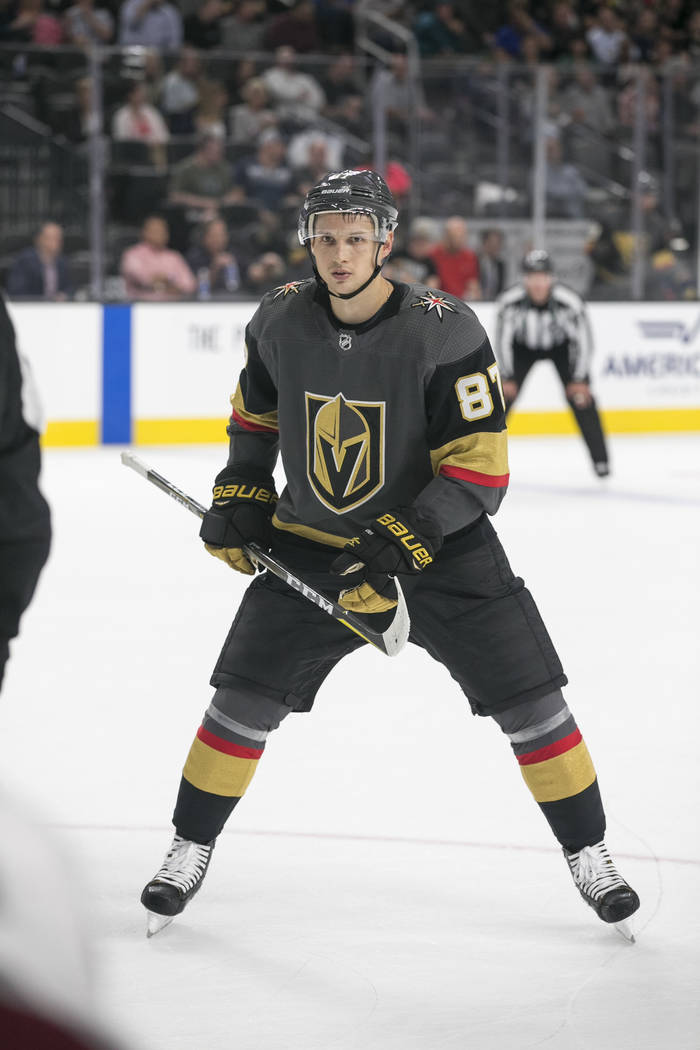 Vegas Golden Knights center Vadim Shipachyov (87) on the ice during the second period of a preseason NHL hockey game between the Vegas Golden Knights and the Colorado Avalanche on Thursday, Sept. 28, 2017, at the T-Mobile Arena in Las Vegas. Richard Brian Las Vegas Review-Journal @vegasphotograph 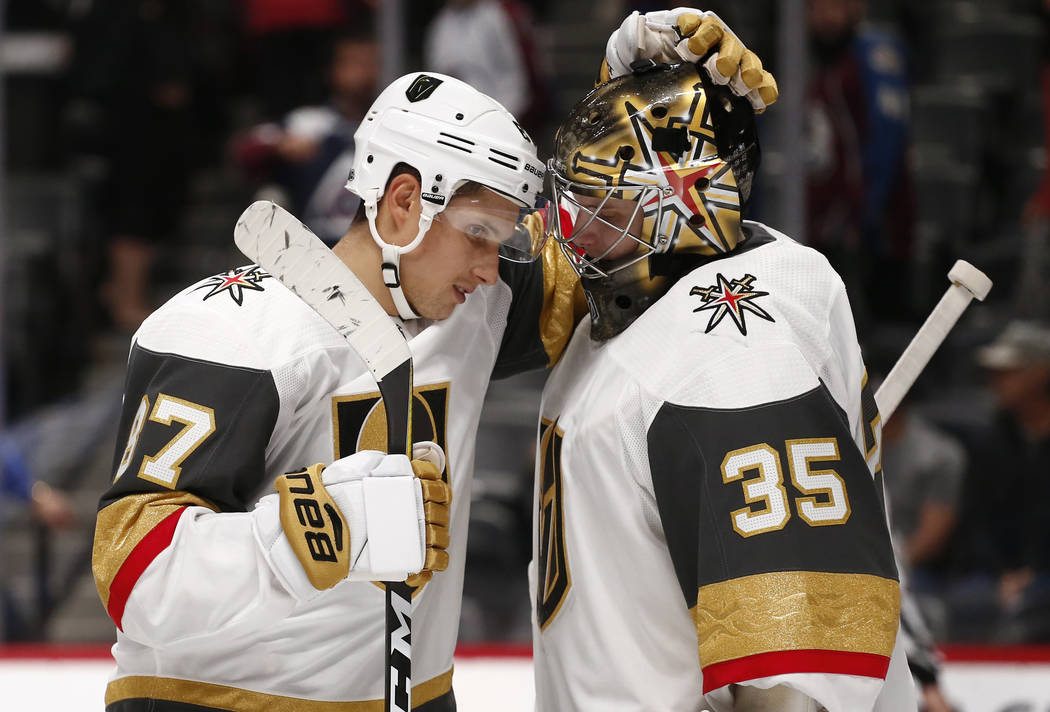 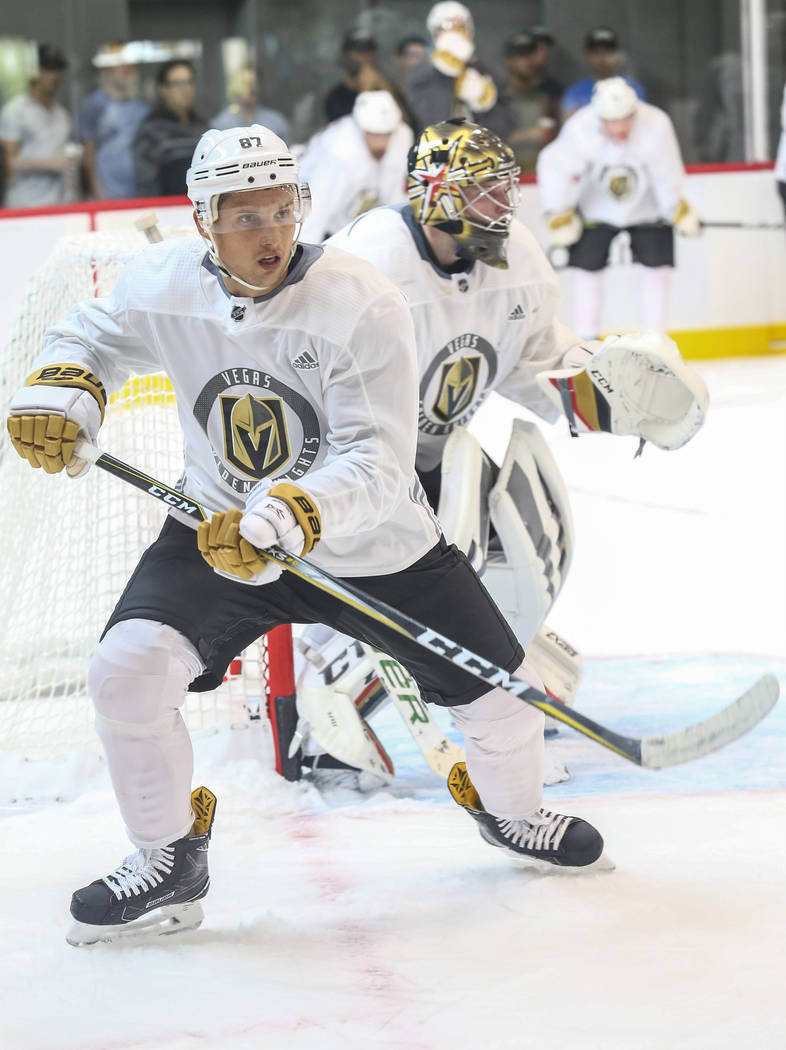 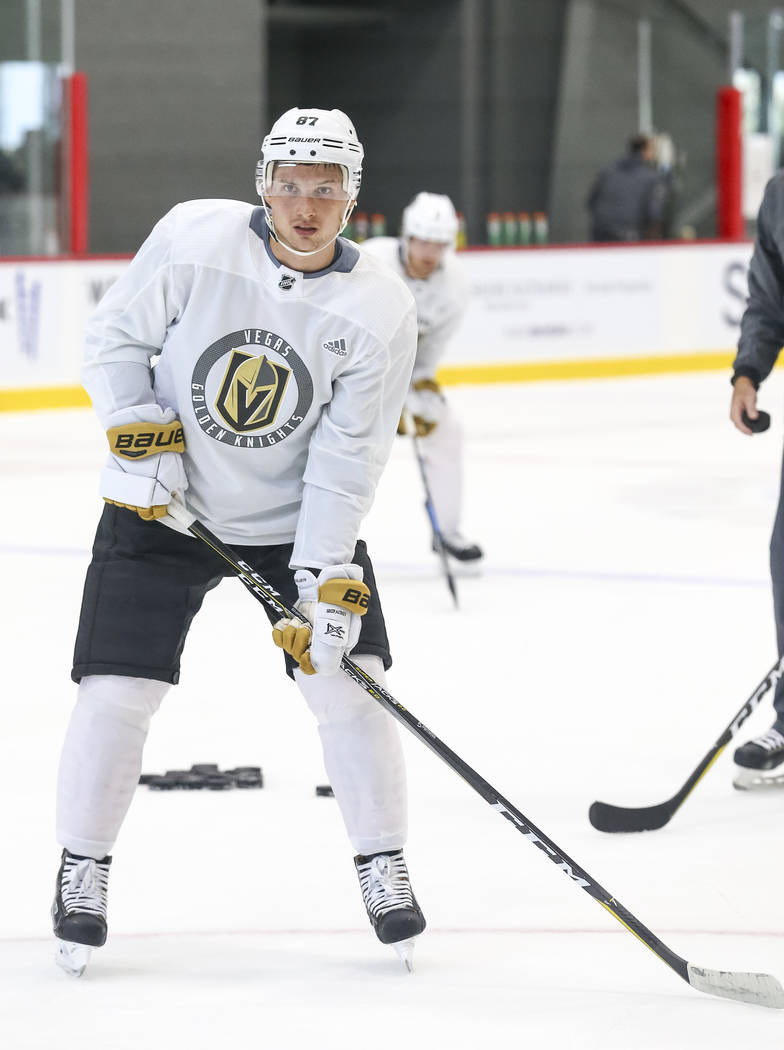 The 30-year-old Russian center was suspended without pay by the team after he left the Chicago Wolves prior to Saturday’s game with Milwaukee and reportedly returned to Las Vegas. However, he did not have the team’s permission to do so, unlike the first time on Oct. 3 when he was allowed to report, then return to Las Vegas and work out on his own.

The team confirmed Shipachyov’s suspension but did not comment further. General manager George McPhee was not made available Sunday. Earlier in the week, the Knights gave Shipachyov’s agent Petr Svoboda permission to seek a trade.

Shipachyov did report to the AHL, skated with the Wolves on Friday in Grand Rapids, but never showed up for Saturday’s game with the Admirals.

The Knights made two other roster moves Sunday, placing defenseman Griffin Reinhart on waivers after Reinhart was sent to Chicago on Friday for what was supposed to be a conditioning assignment. Reinhart had been a healthy scratch the first eight games.

Defenseman Shea Theodore, who began the season in Chicago, is expected to be recalled Monday. In eight games with the Wolves, Theodore has five goals and 11 points.

In addition, defenseman Jason Garrison, who was placed on waivers Friday, cleared waivers Saturday and was expected to report to the Wolves on Monday.

The Knights make their lone visit to Brooklyn on Monday when they face the Islanders at Barclays Center. The Isles’ current home may not be their home much longer as the team is exploring building a new arena at Belmont Park race track, located in Nassau County a few miles from their former home, the Nassau Coliseum.

It’s a quirky building. The ice was considered among the worst in the NHL last year. Barclays, which was built for basketball, has a lot of seats that are not used for hockey and it sometimes looks like you’re playing in an empty arena.

“It’s a different place,” defenseman Nate Schmidt said. “On TV, it looks like nobody’s there. But when you’re there, you see all the people.”

As for the ice, Schmidt said it shouldn’t be an issue as the league has worked with the arena to improve the quality.

“It got better as the year went on,” said Schmidt, who visited Brooklyn multiple times when he was a member of the Washington Capitals.

Knights defenseman Jon Merrill had a homecoming of sorts Sunday when the team worked out in Newark at the New Jersey Devils practice rink that is adjacent to their arena, the Prudential Center.

Merrill was drafted by New Jersey in the second round of the 2010 NHL Entry Draft and played for the Devils from 2013 to 2017, before the Knights selected him in the expansion draft in June.

“Yeah, spent a lot of time here,” he said after practice. “They made it very convenient having it attached to the arena.”

Both Oscar Lindberg and Colin Miller celebrated birthdays Sunday. Lindberg turned 26, Miller 25. Their plans to celebrate while in New York?

“We all went to dinner at Crave Saturday night,” Miller said. “Got some chocolate cake. It was a nice birthday.”