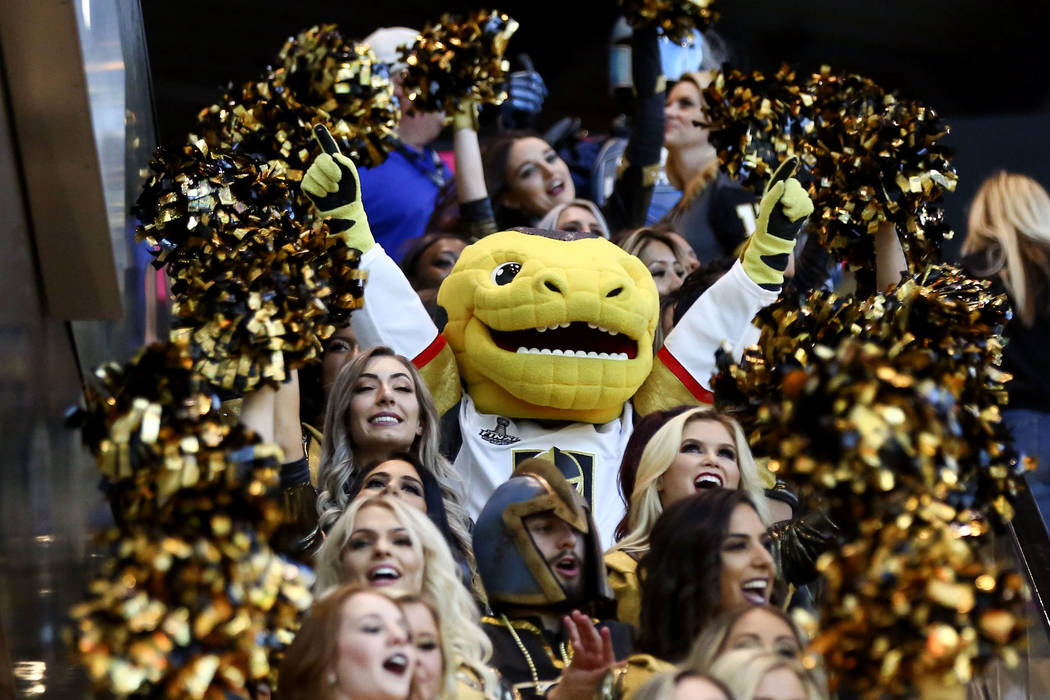 Golden Knights mascot Chance reacts during a pregame parade ahead of Game 1 of the NHL hockey Stanley Cup Final at the T-Mobile Arena in Las Vegas on Monday, May 28, 2018. Chase Stevens Las Vegas Review-Journal @csstevensphoto

No, there won’t be a parade for the Golden Knights’ inaugural season.

But the team still wants to say thank you. Players will raise their sticks in a traditional hockey salute to Las Vegas and their fans.

Outside the D Las Vegas from 5:30 p.m. to 7 p.m. on Wednesday in downtown Las Vegas, select team players, general manager George McPhee, and coach Gerard Gallant will be on 3rd Street Stage to show their appreciation to fans for their support.

There will also be performances from the Knight Line presented by Drumbots, Golden Aces and mascot Chance, according to the announcement.

The event is free and open to the public.