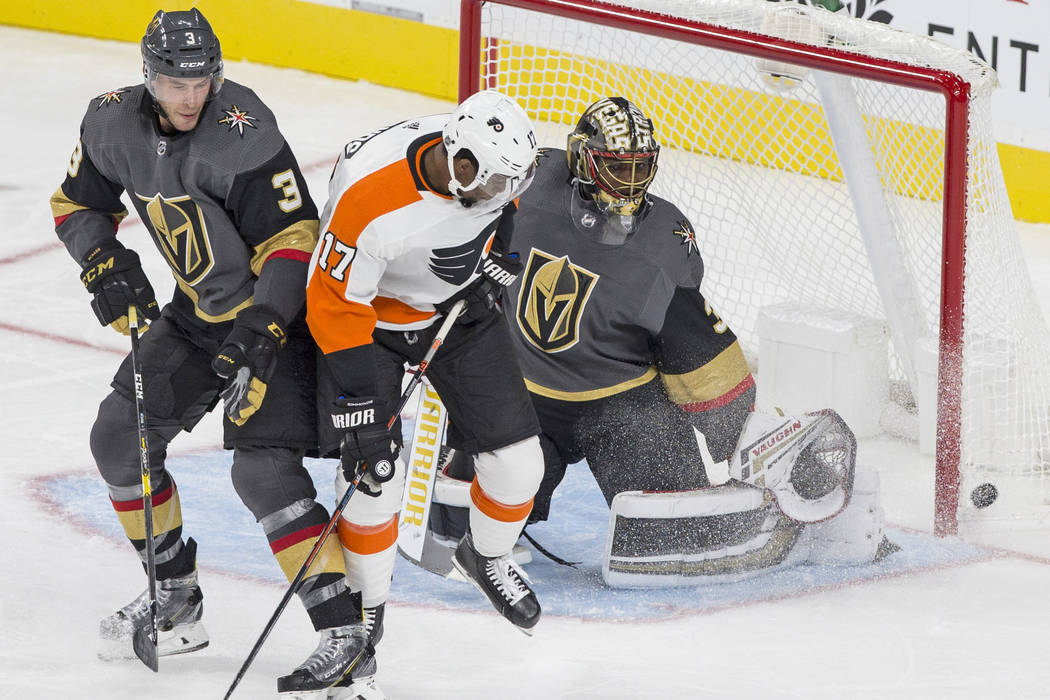 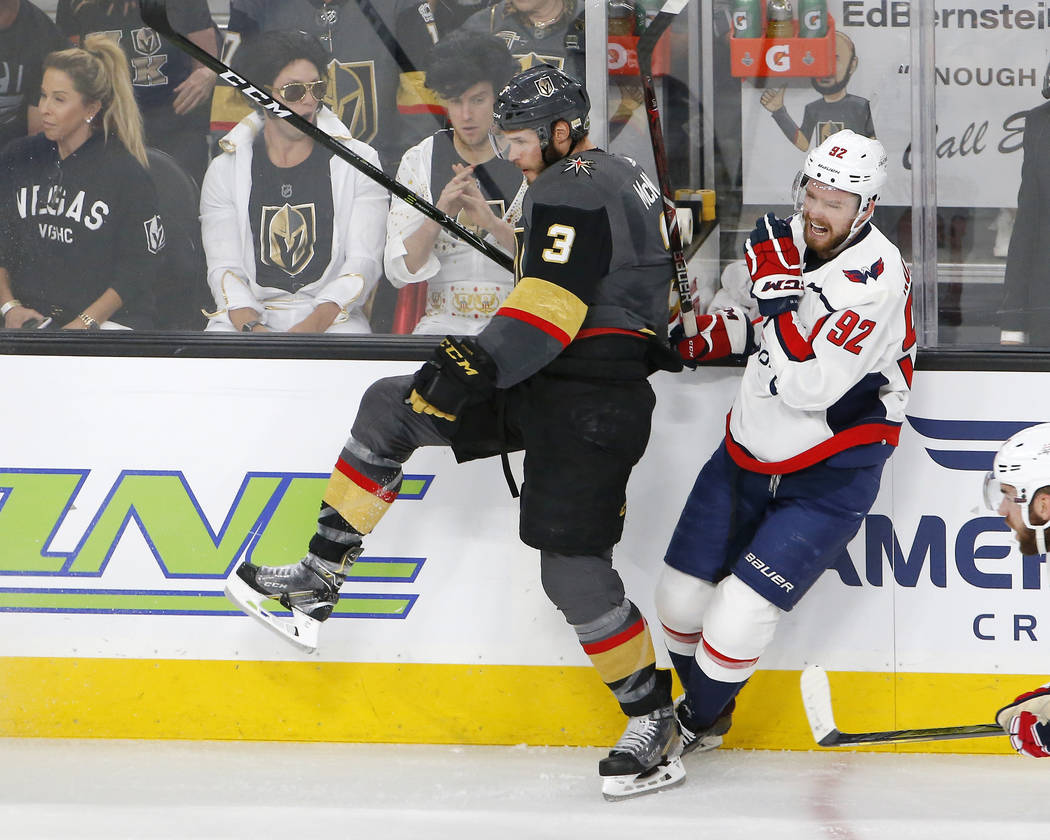 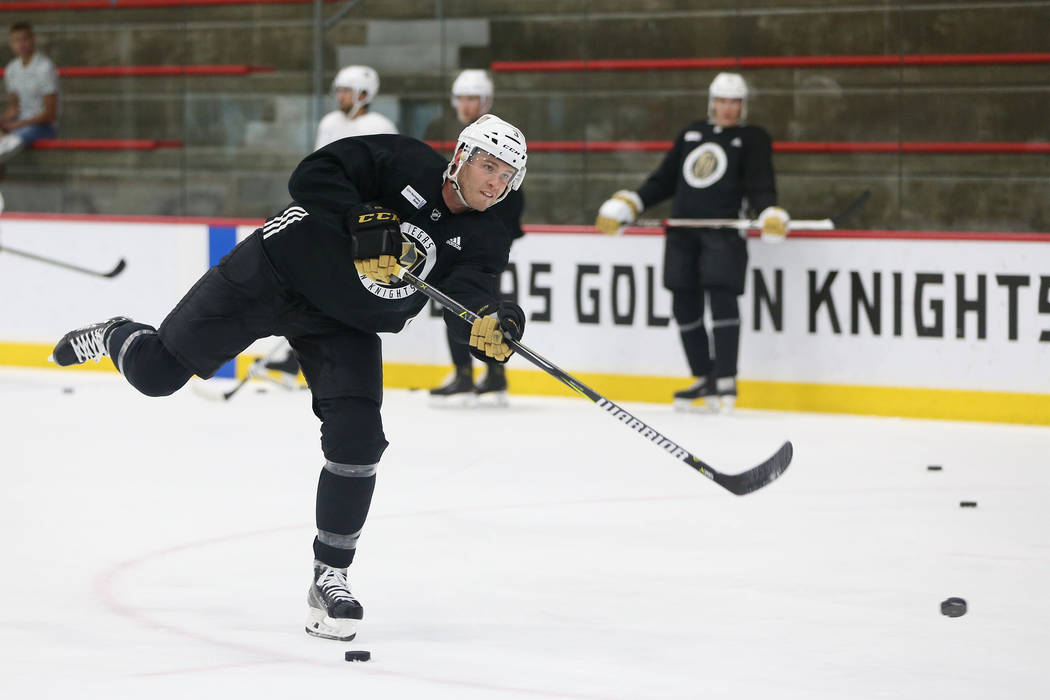 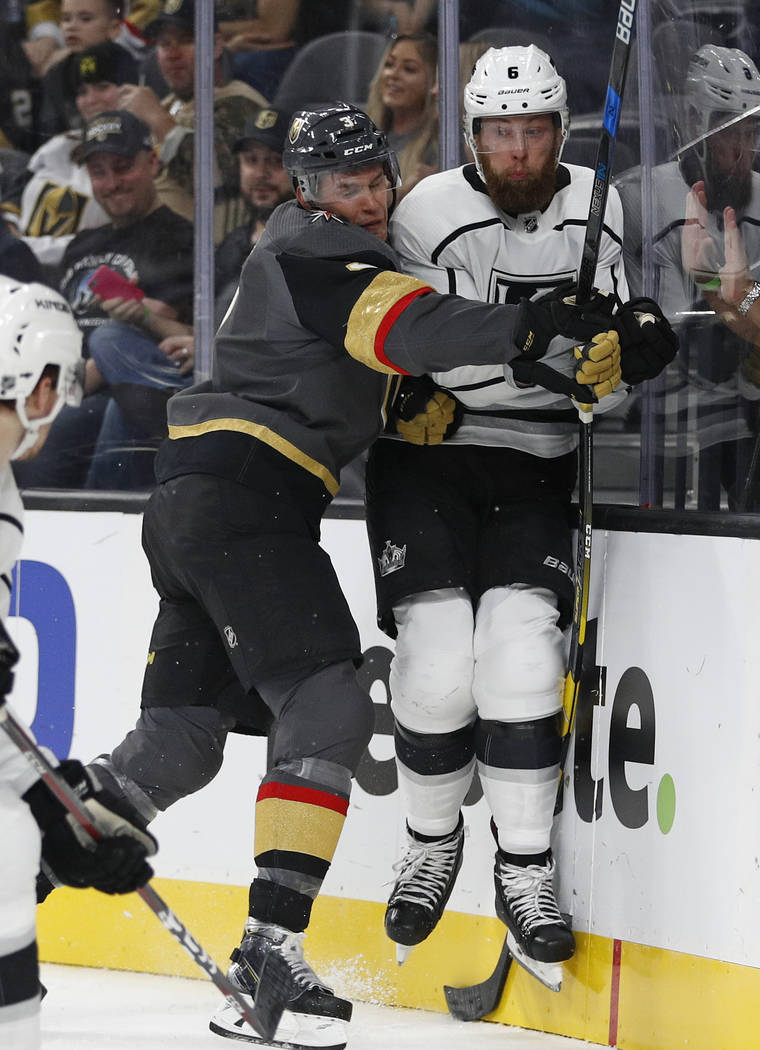 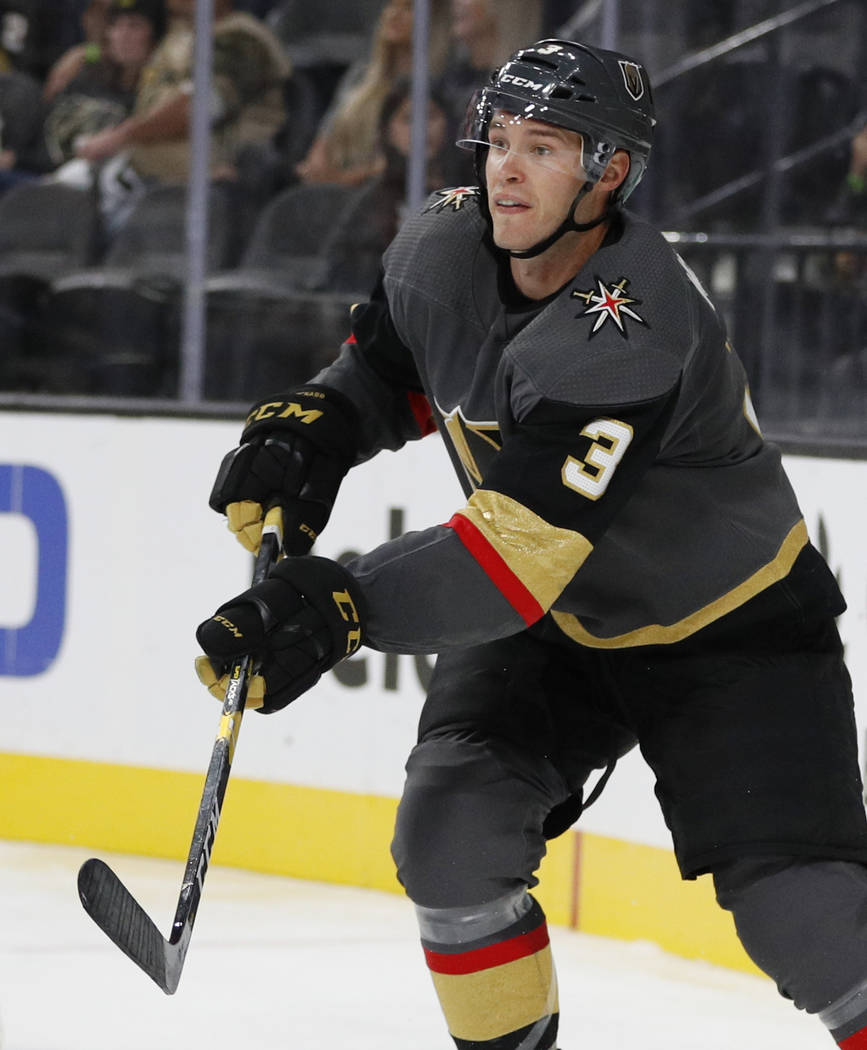 BUFFALO, N.Y. — Golden Knights defenseman Brayden McNabb debuted with the Buffalo Sabres in 2011 but he’s come a long way since then.

“I think I’ve changed as a player,” McNabb said. “I came to Buffalo more as an offensive guy.”

McNabb, who the Knights count on to shut down opponents’ top forwards, apparently fancied himself an offensive force when he was a 20-year-old rookie. He scored the second-most points per game (0.32) in his career during his first season, though it wasn’t enough to keep him in the NHL.

He played 25 games as a rookie, spent the next season in the minors and made only 12 appearances for the Sabres in 2013-14. His offensive gifts weren’t enough to get him minutes, so he morphed into a shutdown defenseman.

That transformation has brought crucial balance to the Knights’ blue line, providing a steadying presence on a team full of speedsters with the puck.

“You go through a lot when you’re a bit younger. You try to find who you are as a player,” McNabb said. “It took a little bit of a transition period for me to learn to play the defensive side well. It’s kind of my game now.”

Carrier comes back to Buffalo

Bruising forward William Carrier returned to KeyBank Center on Monday for the first time since the Knights took him from the Sabres in the expansion draft.

Carrier didn’t make the trip to Buffalo last season because he was injured and he saw how much things have changed in his absence. Since he last skated for the Sabres, the team has a new general manager (Jason Botterill), coach (Phil Housley) and captain (Jack Eichel).

“I think they have a really good lineup now that they’ve made a few moves,” Carrier said. “Jack is one of the greatest players in the league so they’ll be okay for the next few years.”

The Knights got their first look at the No. 1 overall pick in the 2018 draft on Monday in Sabres defenseman Rasmus Dahlin.

The Swedish rookie made his presence felt in the first period when he put a hard hit on Knights forward Erik Haula near the center of the ice.

“(He has) a lot of skill, a lot of talent and he’s going to play a two-way game for them,” coach Gerard Gallant said. “He’s going to be a real good player for them.”

The Knights will host a watch party at Topgolf for their Stanley Cup Final rematch with the Washington Capitals at 5 p.m. Wednesday.