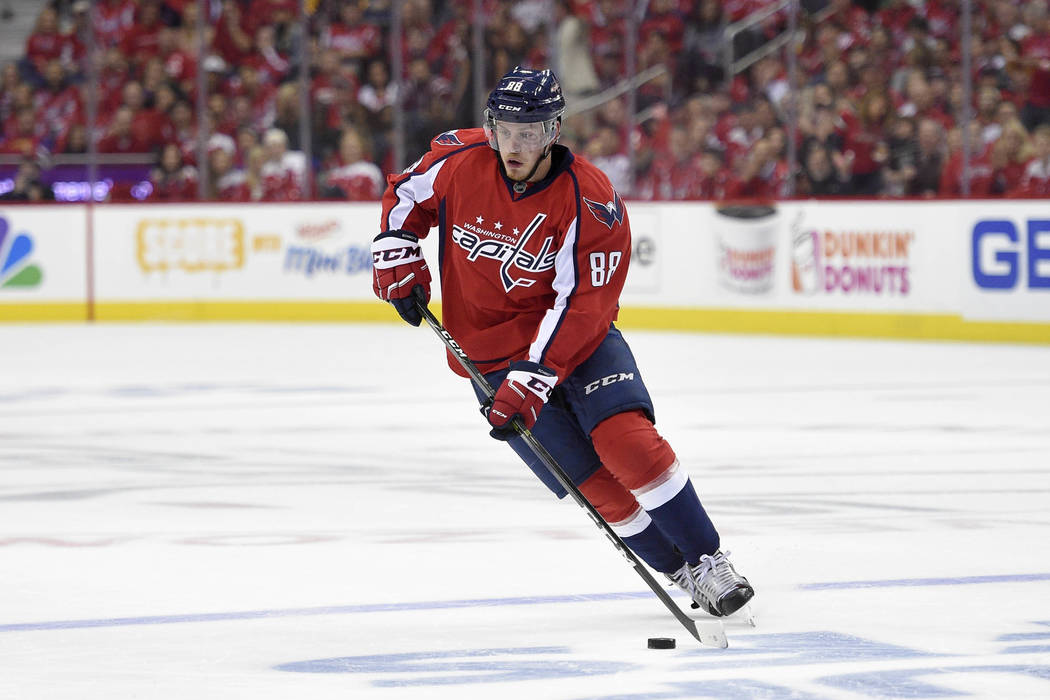 The Golden Knights and defenseman Nate Schmidt met for nearly four hours with a Toronto arbiter Thursday as they tried to settle on a contract for the restricted free agent.

“It went fine,” Schmidt’s agent Matt Keator said after the hearing. “Both sides were very professional and Nate handled it well.”

There’s still time to broker a deal before the arbiter rules Saturday. Schmidt, 26, is seeking a one-year, $2.75 million deal while the Knights are offering $1.9 million over two years. A four-year NHL veteran, Schmidt made $875,000 last season as a member of the Washington Capitals.

Of the 30 NHL players who filed for arbitration, only Schmidt made it to Toronto for a hearing. He scored three goals and had 14 assists in 60 games for the Capitals in 2016-17 and was claimed by the Knights from Washington in the NHL Expansion Draft June 21. However, it was the Capitals who made Schmidt his qualifying offer.

Keator said he planned to talk again with McPhee before the arbiter rules Saturday. When asked if he thought a deal could still be made prior to the ruling, he said, “We’ll see where it goes.”

The team said through spokesman Eric Tosi that it will have no comment until the ruling is announced Saturday or a deal is reached prior to the ruling.

Schmidt had been originally signed by Golden Knights general manager George McPhee as a collegiate free agent in 2013. At the time, McPhee was the Capitals general manager and Schmidt was at the University of Minnesota. In 200 games played spanning his four NHL seasons, Schmidt has scored eight goals, has had 35 assists and is a plus-36 overall while averaging 16:34 minutes of ice time per game. His largest salary was his first two seasons in Washington when he made $925,000 per year.