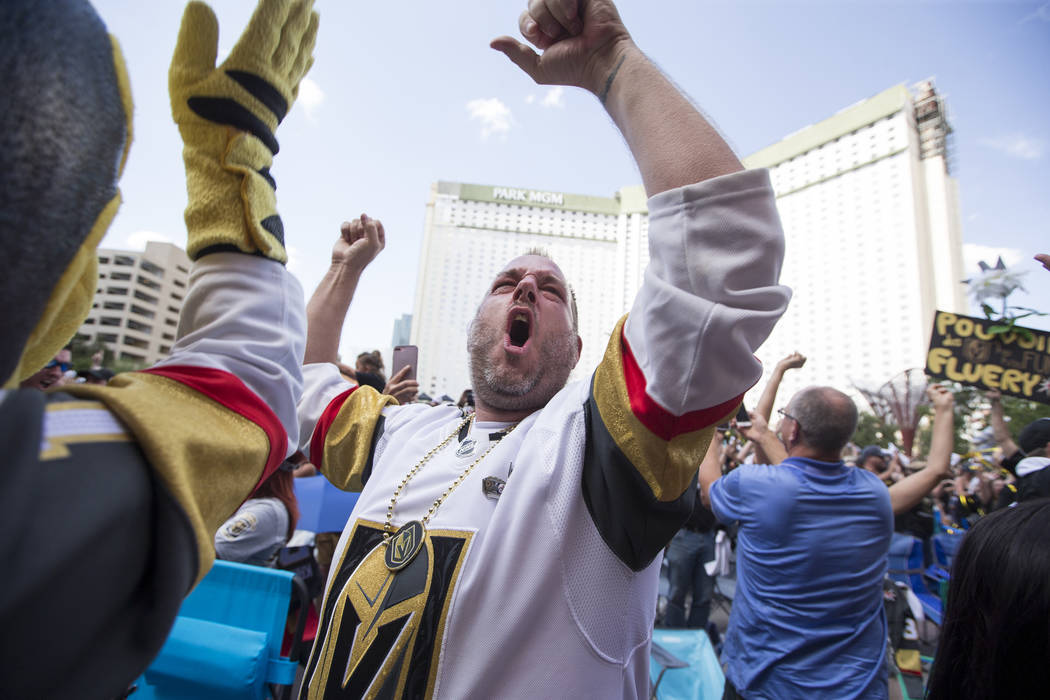 With the Stanley Cup Final less than a week away, ticket holders are trying to cash in on the resale market for Golden Knights home games.

On StubHub, a dominant resale site, asking prices for a ticket to the Knights’ first home game of the NHL’s championship round started at $836 on Tuesday and topped out at a jaw-dropping $10,260.

By Tuesday afternoon, some 2,300 tickets were available on StubHub for the game, and the average sales price was $1,167.

StubHub communications manager Cameron Papp said ticket holders could list their seats on the site starting Tuesday morning, and that prices could fluctuate greatly until the series schedule is finalized.

The NHL announced that Game 1 of the Stanley Cup Final will be played Monday, but the Knights still don’t know who they’re playing or where exactly the series will start.

The Eastern Conference Final between the Tampa Bay Lightning and the Washington Capitals will wrap up Wednesday. If the Lightning win the deciding Game 7, the Cup Final will start at Tampa Bay, but if the Capitals win, it will start in Las Vegas, as determined by regular-season records.

The Knights have shattered expectations by making it this far in their first season, and business has been booming off the ice with roaring merchandise sales and soaring ticket prices on the resale market.

On resale site TickPick, the average sales price to games at T-Mobile Arena in the Cup Final is around $992. The site, like StubHub, wouldn’t disclose how many tickets have been sold, but it said the average asking price to the Knights’ first home game is $1,954.

And on Vivid Seats, the median asking price for a ticket to the first game at T-Mobile is $1,775.