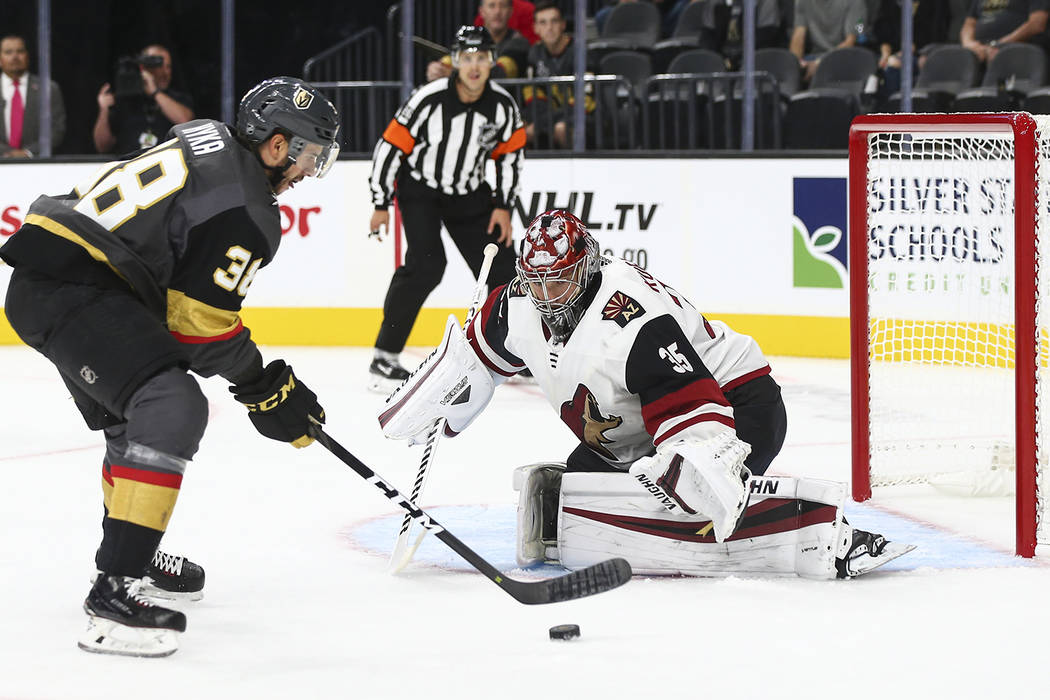 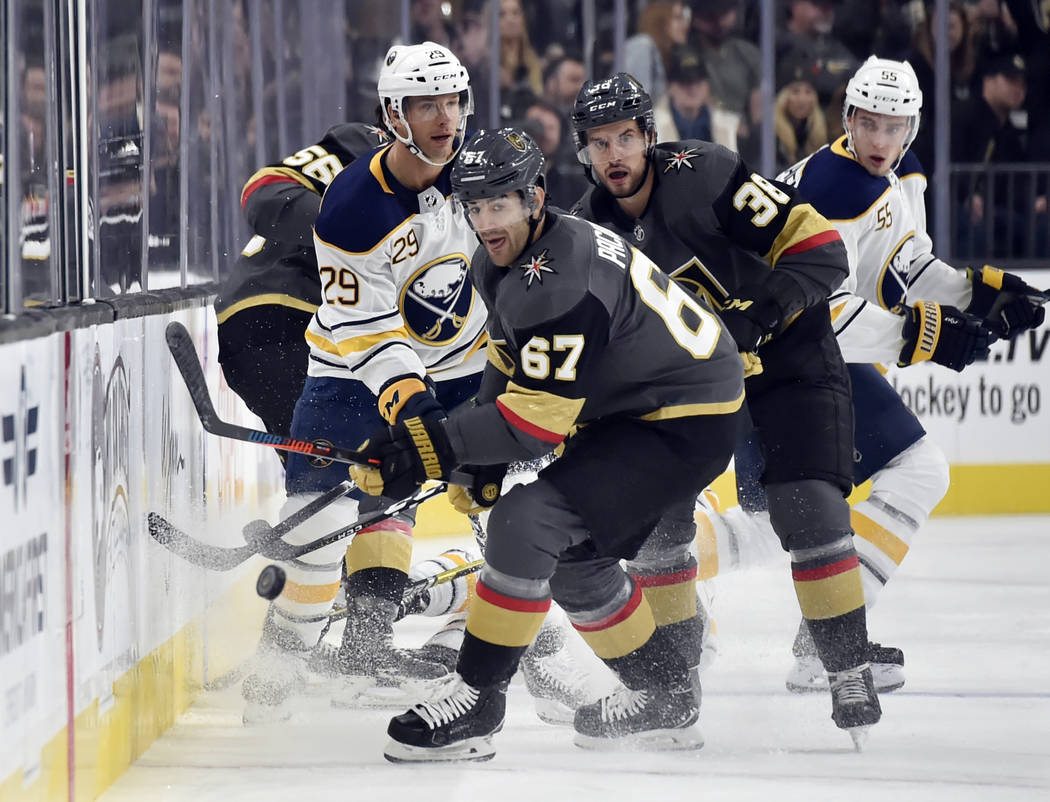 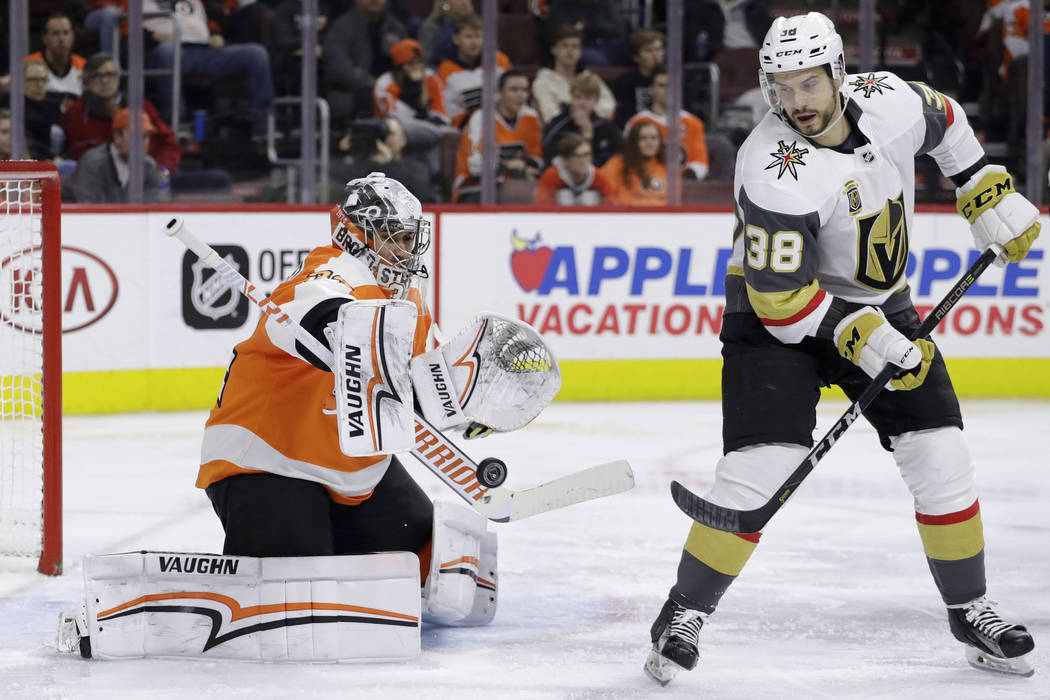 Tomas Hyka had a unique reintroduction to NHL life after being recalled by the Golden Knights last week.

The speedy winger left the American Hockey League’s Chicago Wolves to meet the Knights in Pittsburgh on Oct. 10, only the team wasn’t there. There was a Stanley Cup Final rematch with the Washington Capitals that night so Hyka settled into his hotel room around 9 p.m., ate and watched his teammates go to work on TV.

It was the latest wrinkle in Hyka’s distinct hockey odyssey, which has forced the 25-year-old native of the Czech Republic to overcome numerous obstacles to become a top-six forward for the Knights.

“If you were to tell me that two years ago I would probably laugh,” Hyka said.

He wouldn’t be the only one chuckling, because for years it seemed Hyka would never get his shot at the NHL.

He had a promising preseason with the Philadelphia Flyers in 2011, scoring a goal in his lone game and marking the occasion with a Hulk Hogan-esque, hand-to-the-ear gesture celebration. Details within the collective bargaining agreement made him ineligible to play though and led him to join a junior hockey team in Canada.

“Honestly, I didn’t know anything (about the rules) at that time,” Hyka said. “I was kind of disappointed, but at least I got a chance. That was probably the time that started everything. I saw that I could play in this league.”

He was in for more disappointment the following year when the Los Angeles Kings took him 171st overall in the 2012 draft. The two sides couldn’t agree on a contract, so Hyka went back to Canada for another season, not knowing it would be five years until another NHL team gave him an opportunity.

The Knights ended up betting on him and made Hyka their third-ever player on June 1, 2017.

“You can’t give up on your dream,” Hyka said. “You still have to work and believe. That’s what I said to myself.”

Now Hyka said he’s living his dream skating on the Knights second line with Erik Haula and Max Pacioretty. He started on the third line after his call up, but with the injury to center Paul Stastny coach Gerard Gallant decided to see how Hyka’s speed would play in an elevated role.

So far Gallant has praised the right wing’s energy and skill, and his linemates have been impressed as well.

“He’s got really good poise with the puck,” Pacioretty said. “He adds an offensive element to our line that can help us contribute.”

Added Haula: “I think he brings a lot of speed and energy. He gets up the ice and he makes plays.”

Hyka’s goal is to make enough plays to stick with the Knights all season after appearing in 10 games last year. It would complete his journey from NHL castoff to regular, on a team known for taking unwanted pieces and transforming them into productive players.

“I want to get better and better,” Hyka said. “I want to make the team for the whole season and play here for as many years as I can because it’s a good team and a good organization.”