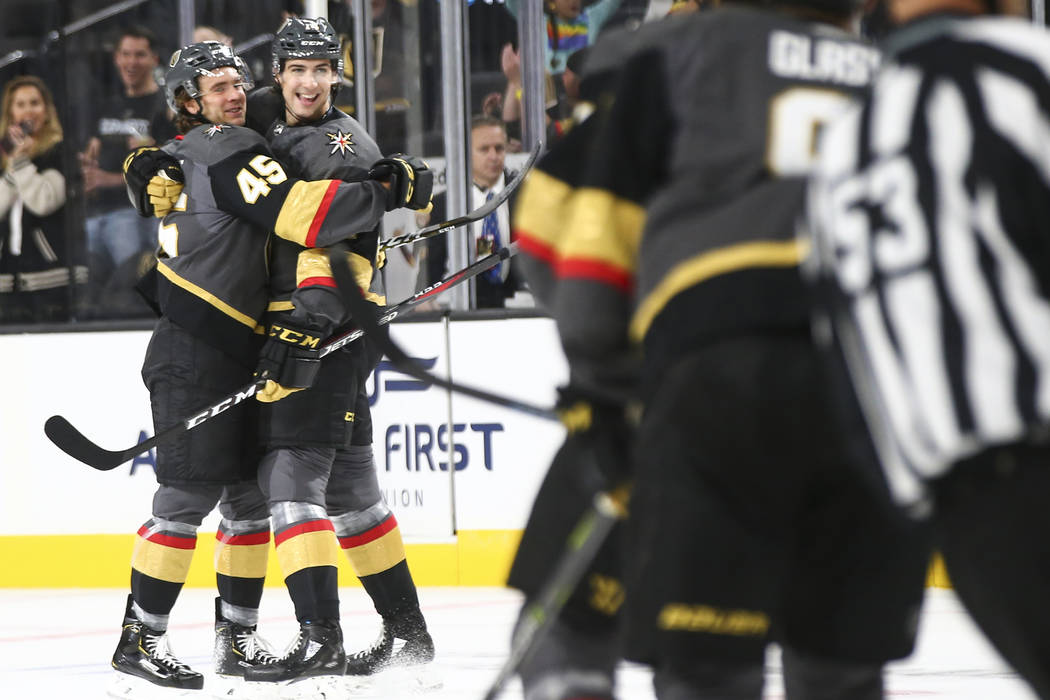 William Hill US has signed a partnership with the Vegas Golden Knights in the first deal between a sports book operator and a National Hockey League team.

The agreement sets a precedent for other NHL teams and sets up Las Vegas-based William Hill US to strike more partnerships as states legalize sports wagering, industry analysts said.

William Hill and the Knights will cross-promote each other through various media, advertising and promotional platforms, the companies said in a joint statement Tuesday. The financial terms were not disclosed.

The partnership will allow William Hill to advertise on the T-Mobile Arena dasher board and in other areas visible on TV. William Hill also gets the right to display leaguewide odds on the large videoboard above the T-Mobile rink during intermission. The two companies will also collaborate on away game watch parties.

No further details were provided.

“This partnership between a major professional team and a sports book operator is a historic, landmark agreement, and we are delighted to be leading the way with William Hill in this space,” said Knights President Kerry Bubolz.

The Knights and William Hill will began rolling out elements of the deal as soon as Monday’s exhibition game against the Colorado Avalanche. Everything is expected to be in place when the Knights open their 2018-19 regular season Oct. 4 at T-Mobile against the Philadelphia Flyers.

William Hill US CEO Joe Asher told the Las Vegas Review-Journal in late August that he has been criss-crossing the U.S. over the past few months to negotiate sports betting deals, including partnerships with professional teams.

“We are proud of the fact that this is the first sponsorship agreement between a sports book and an NHL team in the country,” he said in Tuesday’s statement.

The Supreme Court’s decision in May to overturn a ban on sports betting in most states has opened the gates for gaming and sports betting companies to sign partnership deals with professional leagues and teams.

MGM Resorts International became the first gaming company to team up with a professional league in July, when it signed a partnership with the National Basketball Association. No other leagues have followed yet in its footsteps.

Partnerships with teams are only permitted in states where sports betting is currently legal. It is currently permitted in Nevada, New Jersey, Mississippi, West Virginia and Delaware, and William Hill operates sports books in all five states. Mississippi, West Virginia and Delaware do not have any professional teams, though they do have popular college football teams.

William Hill is already the dominant sports betting operator in Nevada with 108 books. Its partnership with the Knights may not increase its local recognition much, said John DeCree, an analyst at Union Gaming in Las Vegas. However, it will boost the company’s exposure to out-of-state visitors as well among NHL team executives, he said.

“It certainly gets the rest of the NHL thinking about deals, and it puts William Hill in a good position as a first mover,” said DeCree.