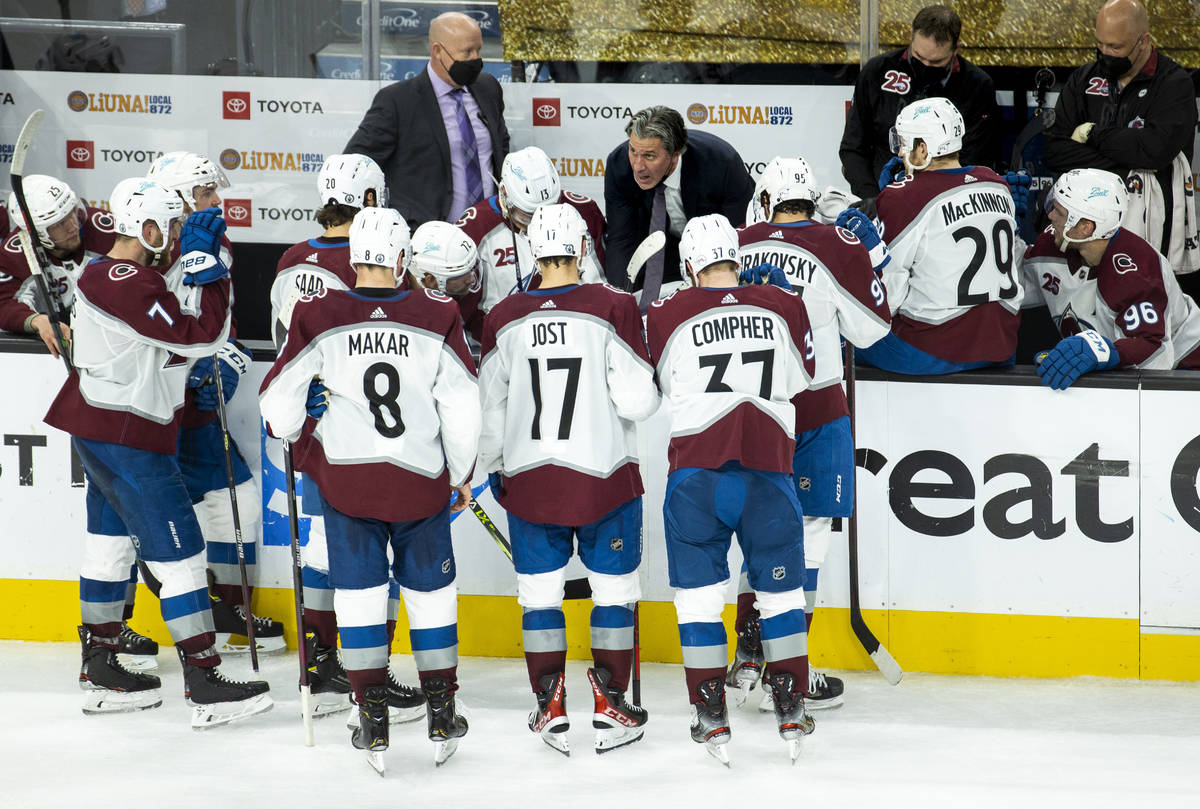 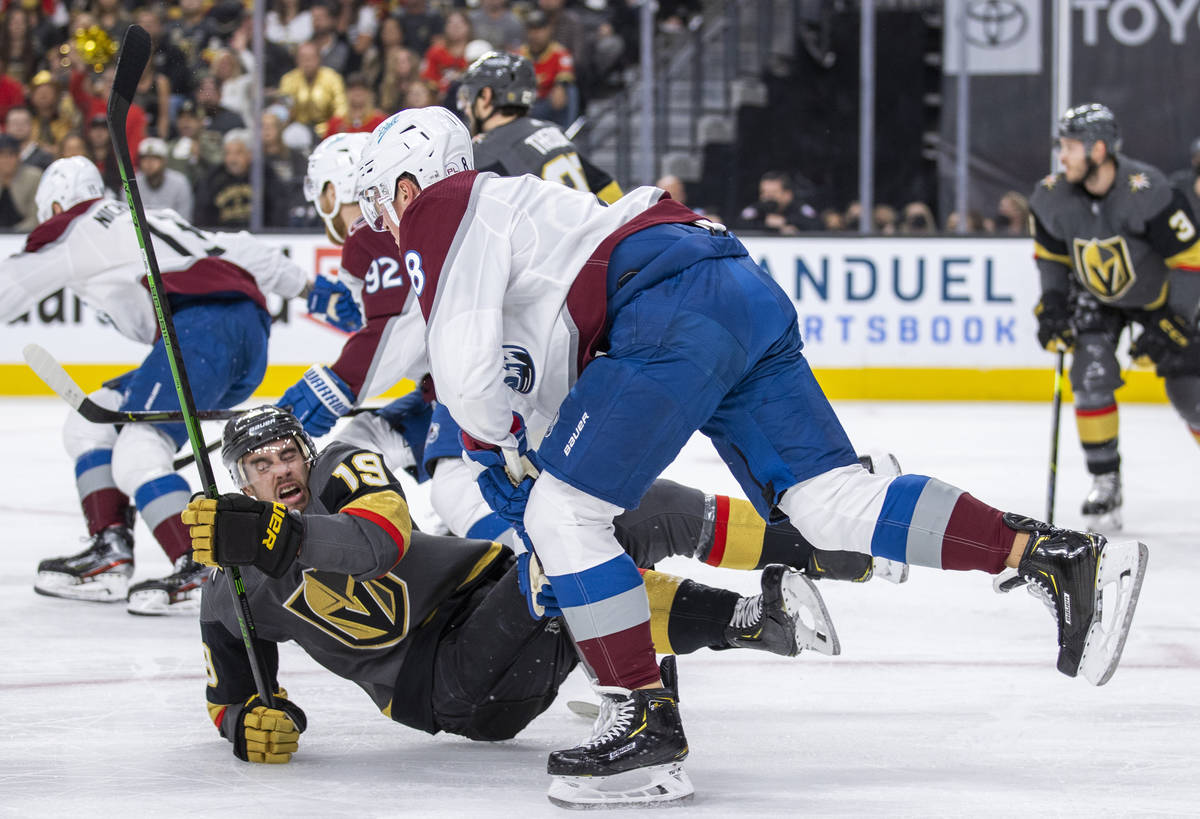 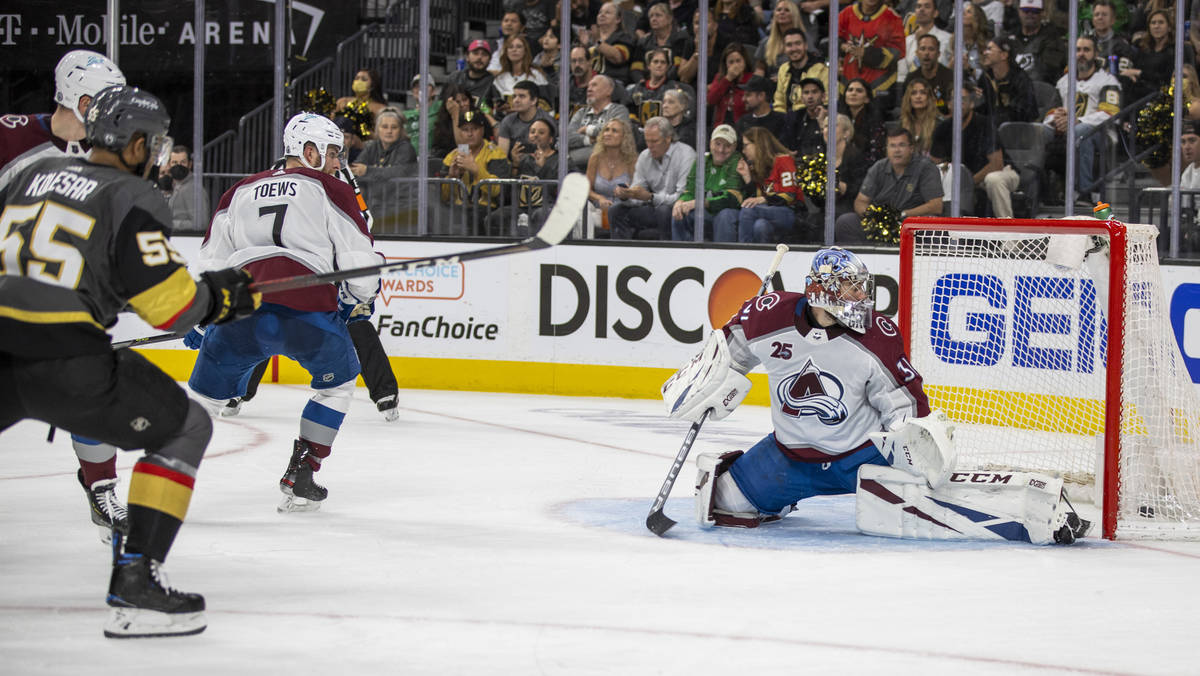 Colorado Avalanche coach Jared Bednar was cleared to be behind the bench for Game 6 of the West Division final against the Golden Knights, a team spokesperson confirmed Thursday.

Bednar missed the team’s morning skate because of an irregularity with his COVID-19 test results, according to the team. Goaltending coach Jussi Parkkila ran the workout at T-Mobile Arena.

The Avalanche lost the best-of-seven series in six games after winning the first two games in Denver.

Colorado forward Joonas Donskoi said after the morning skate the team expected Bednar to be behind the bench for the Presidents’ Trophy winner.

“We come to the rink and we prepare,” defenseman Devon Toews said. “We’re ready to go as a group. We’re excited for the challenge.”

It took Mattias Janmark two periods to get his timing back. Once he did, the Knights’ third-line forward made an impact in the Game 5 comeback in Denver.

Janmark forced the turnover leading to Alex Tuch’s goal that cut Colorado’s lead to 2-1 early in the third period and gave the Knights belief they could rally.

“I thought he got better as the game went on. I thought the third period was his best,” coach Pete DeBoer said. “It slots us in spots where it really creates some depth and some mismatches we feel with him and Tuch on the third line.”

Janmark, who had a hat trick in Game 7 of the first round against Minnesota, was injured during Game 1 against Colorado when he was sent airborne by a late hit from Avalanche defenseman Ryan Graves.

“It was nice to be on the ice,” Janmark said. “It’s always hard, especially in the playoffs, to watch from the side. I think the team played great when I was out of the lineup. Just trying to come in and do my part.”

Injured forward Peyton Krebs was seen skating with the Knights’ taxi squad Thursday and was wearing a shield to protect his fractured jaw.

Krebs, the team’s top draft pick in 2019, underwent surgery May 9 after he was hit in the face by a shot from defenseman Shea Theodore. General manager Kelly McCrimmon said at the time Krebs would be out indefinitely, and he could be available if the Knights advance to the Stanley Cup semifinals.

“We’re hopeful if we can keep playing that he’s a player that would be available for selection by the coaching staff,” McCrimmon said May 29.

Krebs won the Four Broncos Memorial Trophy as Western Hockey League Player of the Year on Thursday. He led the junior league in scoring with 43 points (13 goals, 30 assists) and had a 23-game point streak. 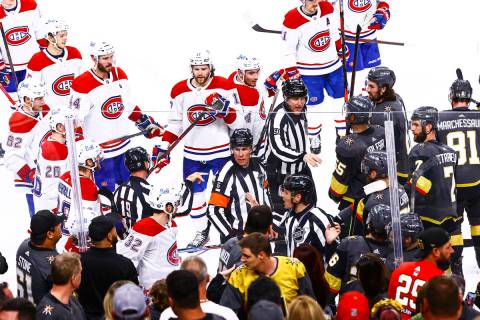 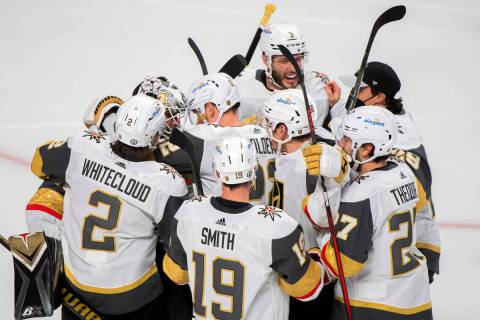 The Golden Knights defeated the Montreal Canadiens in Sunday’s Game 4 of the Stanley Cup semifinals, but many fans were not happy with the TV broadcast. 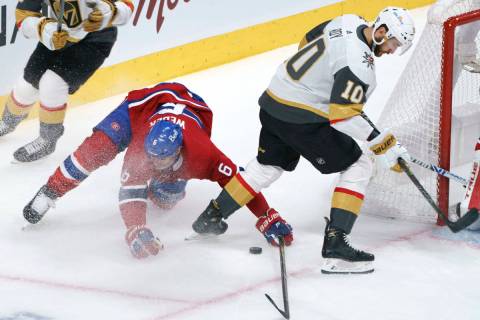 The Golden Knights have trailed in all three of their series in the postseason and come back to tie the series every time. They are tied with the Montreal Canadiens 2-2. 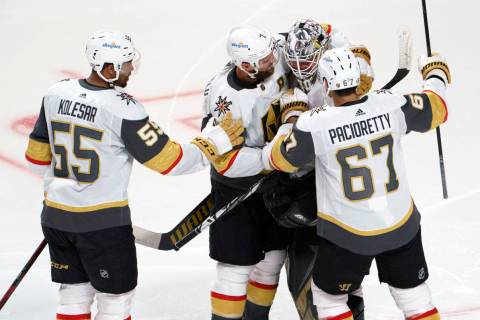 Golden Knights coach Pete DeBoer has the difficult decision of whether to stick with Robin Lehner or return to Marc-Andre Fleury for Game 5 against the Montreal Canadiens. 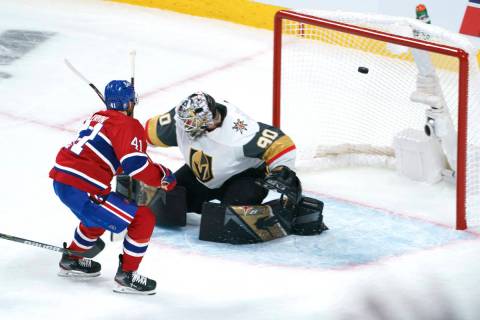 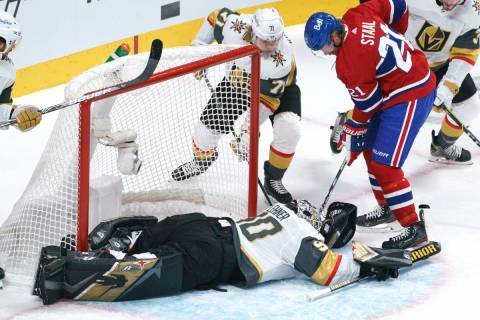 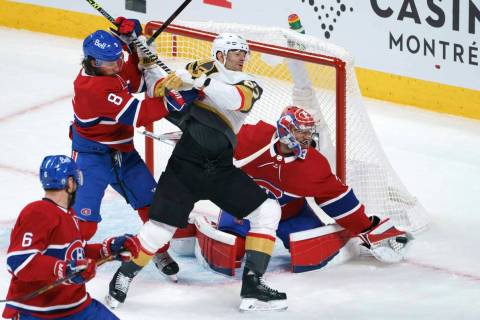 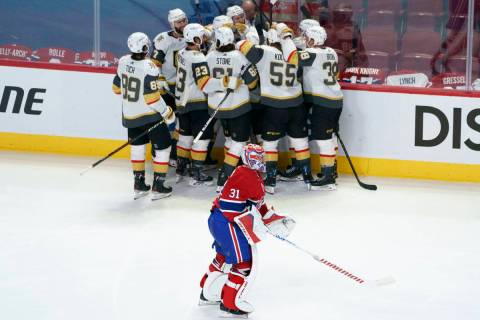 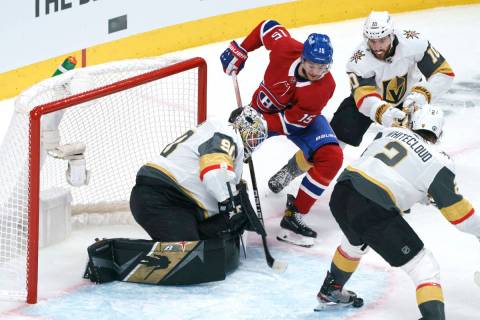