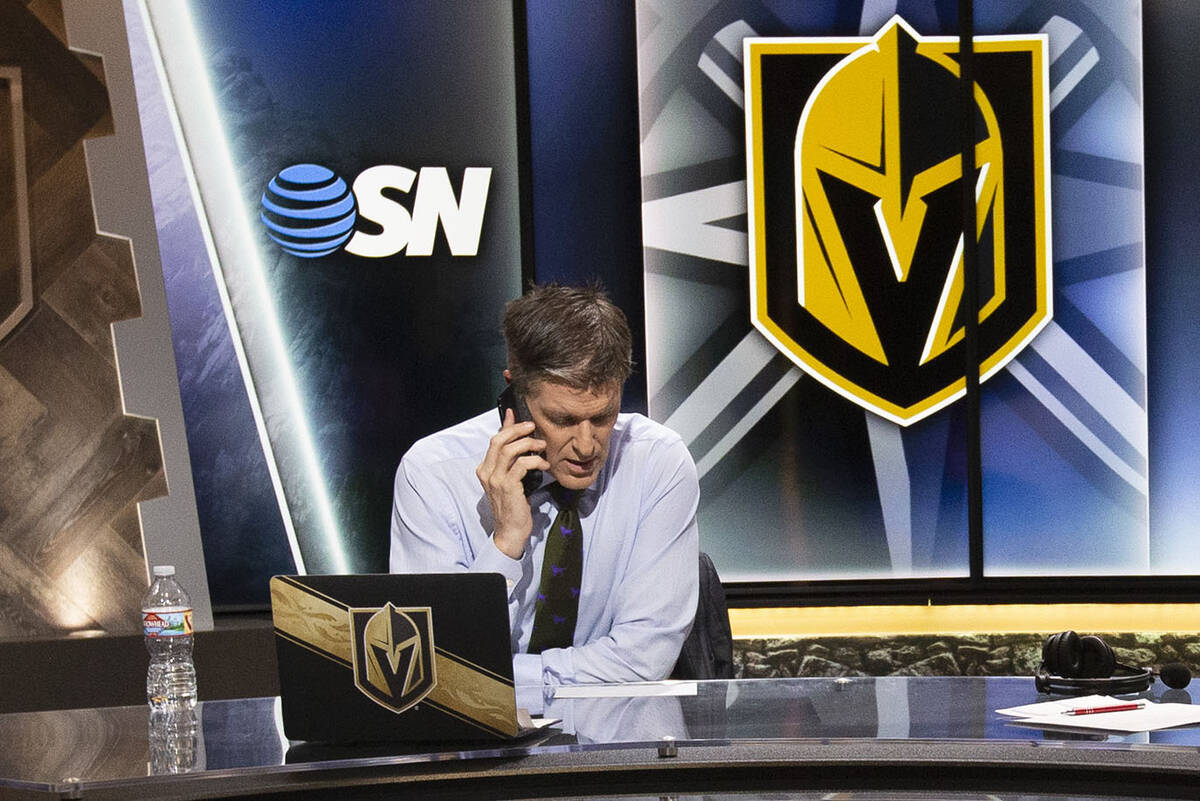 He is expected to make a full recovery, according to the team.

Daren Millard will miss tonight’s game; he was hospitalized after a bicycle accident yesterday. He suffered significant injuries but is expected to make a full recovery.

“I am beside myself missing such a pivotal game,” Millard said in a statement. “I will be back at the desk as soon as possible to help bring you this incredible playoff chase. When I get back on the bike will be another story. Go Knights Go.”

Millard, 51, was hired by the Knights in 2019 after he spent 20 years as an on-air host with Sportsnet in Canada.

In addition to his TV hosting duties during game days, Millard co-hosts the “VGK Insiders Show” with Ryan Wallis on Fox Sports Las Vegas radio (98.9 FM, 1340 AM). He also has a podcast called “The Chirp” that is produced by NHL Studios.

Millard has served as a practice goalie for the Knights at times this season.

Prior to arriving in Las Vegas, Millard hosted Sportsnet’s “Hockey Central @ Noon,” “Wednesday Night Hockey” and other NHL studio shows for the draft and trade deadline day. He also reported on a range of sports for the network, including the summer and winter olympics, major junior hockey, curling, Rogers Cup tennis and the PGA Tour, before leaving in 2018.

Millard is a native of Brandon, Manitoba, and started his broadcasting career in 1990. The Manitoba Sportswriters and Sportscasters named him to their media roll of honor in 2014 for excellent service to sports journalism.