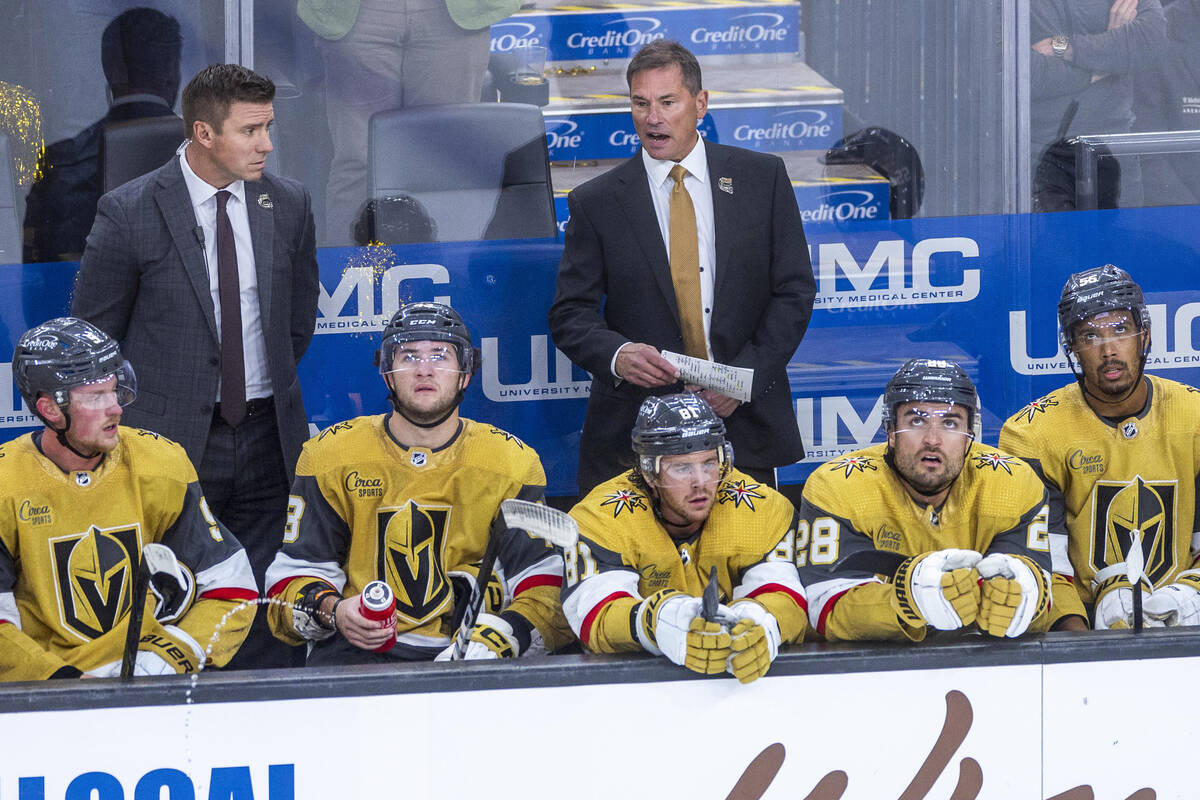 Bruce Cassidy often looked to the rafters during his six years coaching the Boston Bruins at TD Garden.

The banners tell the story of an Original Six franchise with plenty of history. Cassidy added to that with an Eastern Conference championship in 2019 and a Presidents’ Trophy in 2020. He wanted to add a seventh Stanley Cup championship. He couldn’t.

Cassidy gazed at that ceiling again Sunday, one day before he coaches the Golden Knights against the Bruins for the first time since his June 6 firing in Boston. The fact that the Knights hired him by June 14 shows how coveted he was. Cassidy has backed up that reputation by leading his new team to the Western Conference’s best record through 26 games.

The best record in the NHL, however, belongs to the Bruins. That should make Cassidy’s return not only emotional but also a high-powered hockey game.

“They’re firing on all cylinders in every category,” Cassidy said. “I’m looking forward to it.”

Boston, in many ways, turned Cassidy into the coach he is today.

He spent years in the organization climbing the ladder. Cassidy, who had been fired in previous stops coaching the Washington Capitals and the Ontario Hockey League’s Kingston Frontenacs, joined the American Hockey League’s Providence Bruins as an assistant in 2008.

He made the most of his second opportunity to lead an NHL team. The Bruins’ defense and special teams were elite under Cassidy. They came one win from lifting the Stanley Cup Final in 2019, losing Game 7 on home ice to the St. Louis Blues.

The relationship ended three years later. Boston, after losing to Carolina in seven games in the first round, replaced Cassidy with former Dallas coach and St. Louis assistant Jim Montgomery.

“I think Claude laid a terrific foundation,” Cassidy said. “We built off that. Monty’s continued to do the same.”

The Bruins and Cassidy are finding success after their split.

The Knights, after missing the playoffs for the first time last season, are on pace to get in without a sweat in part because of changes to their defense and special teams. Right wing Jonathan Marchessault and defenseman Alex Pietrangelo have praised Cassidy’s communication skills. Defenseman Brayden McNabb and captain Mark Stone have been impressed by his intelligence. Stone said Cassidy can pick up details within a game, such as who is having success on faceoffs, and make adjustments.

And, despite Cassidy’s reputation as a direct and demanding coach, left wing William Carrier said Cassidy is giving the Knights freedom.

“He lets you play,” Carrier said. “All he wants us to do is show up, play with some energy out there.”

The Bruins have had a remarkable start under Montgomery, too.

They lead the NHL in goals per game (4.00) and goals allowed (2.13). They’re third on the power play and second on the penalty kill.

Boston has won 10 of its past 11 games and is 14-0 at home. Early-season injuries to first-line left wing Brad Marchand and top-pair defenseman Charlie McAvoy hardly caused the team to break a sweat. McNabb called the Bruins the Knights’ “biggest test of the year.”

The clash of the two conference titans would make Monday a must-see matchup even without the history involved. The fact that it is there makes it even better.

“They’re playing great hockey,” Cassidy said. “It’ll be a big challenge for us. Hopefully there’s some things, individual players we can help with. We’ll see tomorrow.”