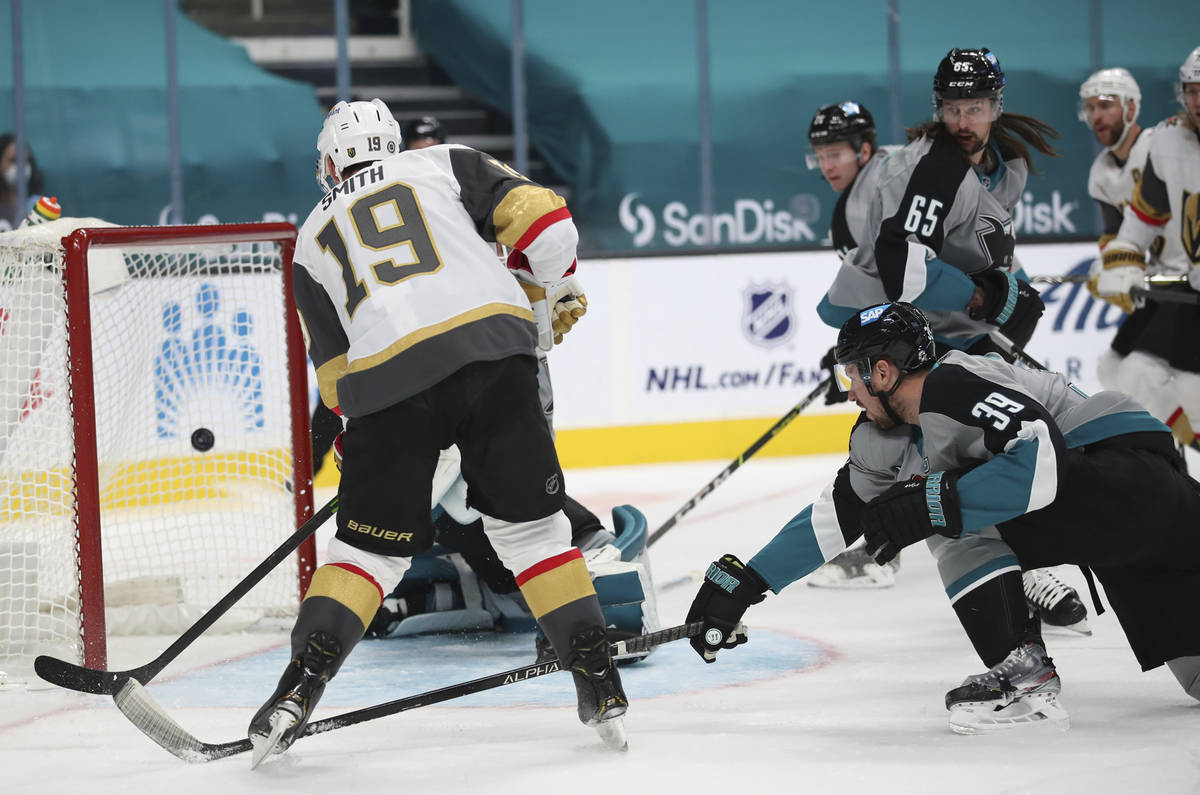 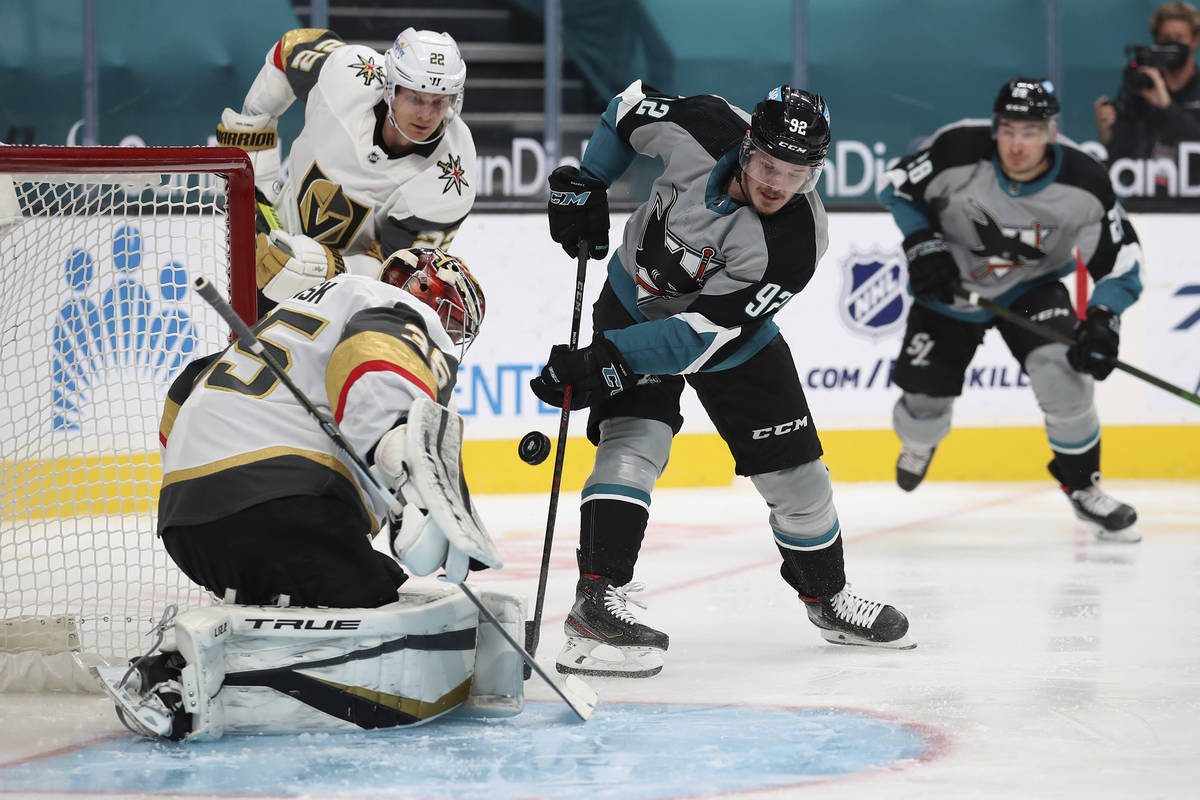 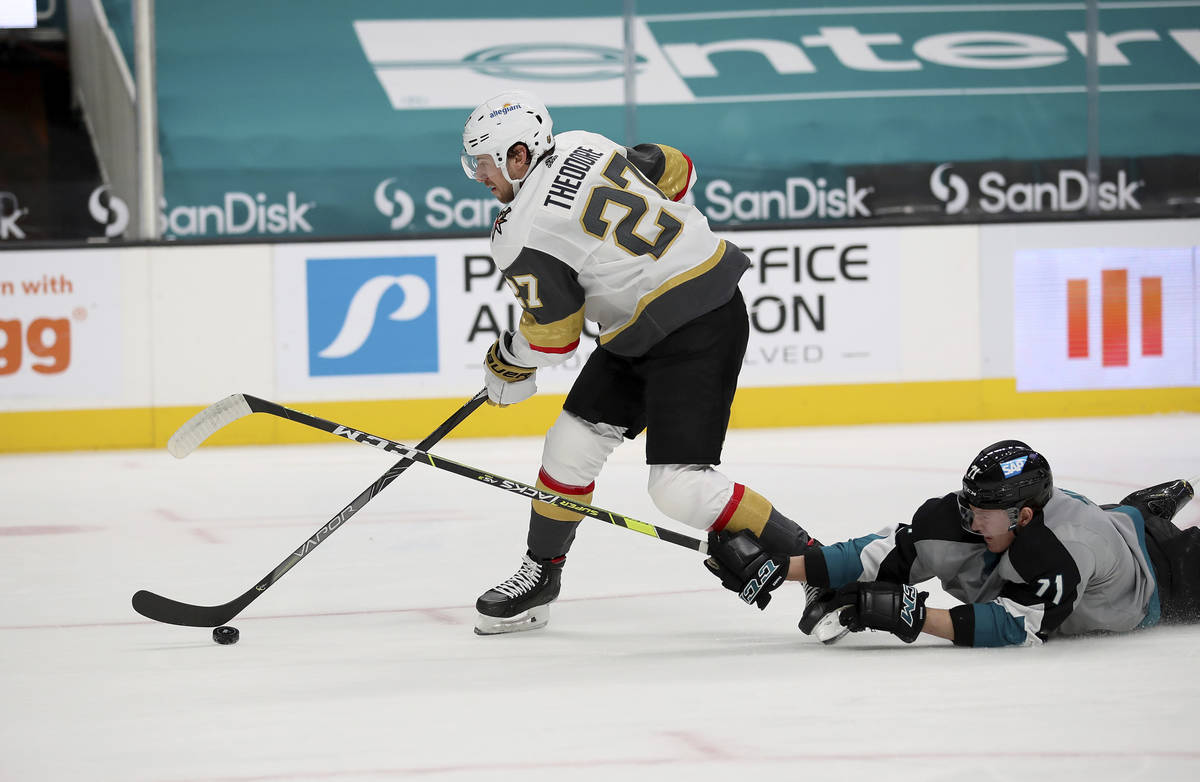 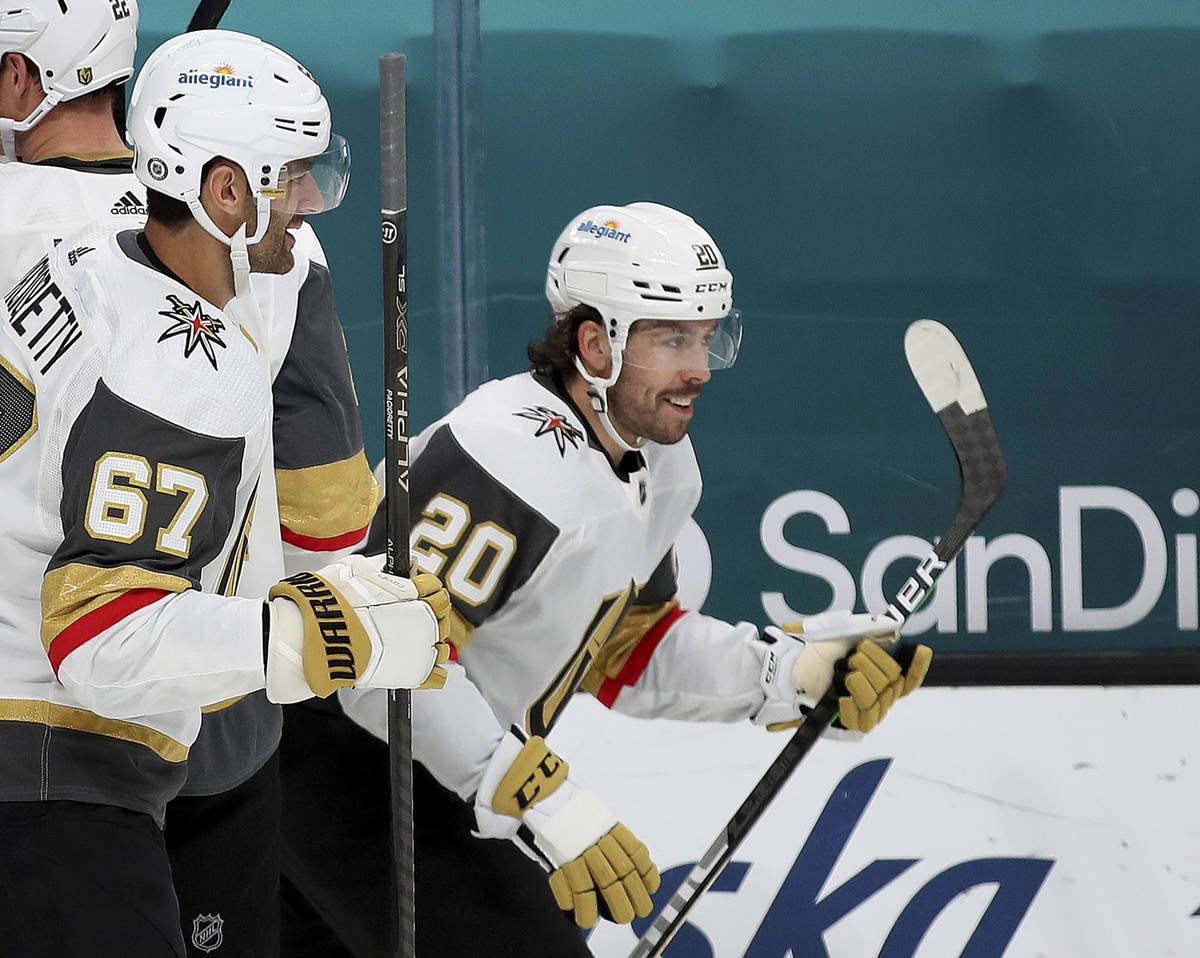 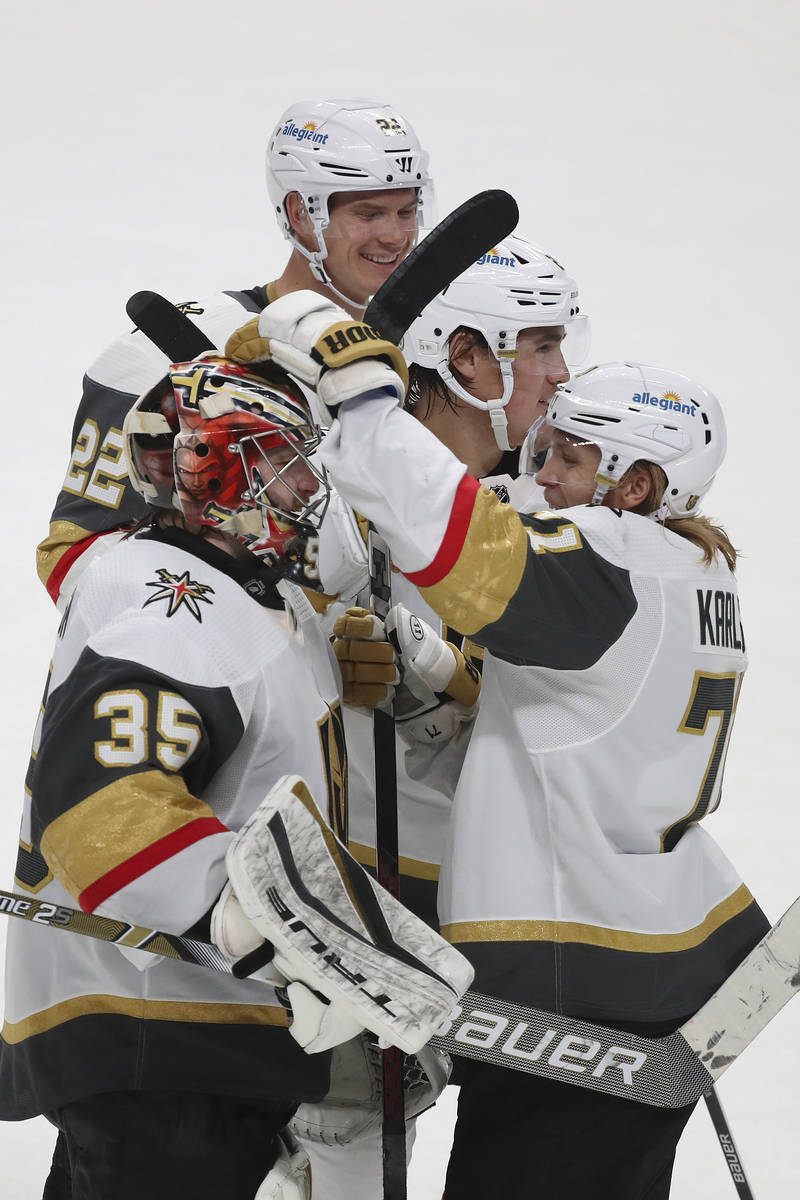 Oscar Dansk skated to the bench during a timeout late in the third period and was greeted with some words of encouragement from defenseman Nick Holden.

Jonathan Marchessault and Alex Tuch followed with a fist bump and a stick tap.

“I think they just said ‘We’ve got your back. We’re going to get one for you here,’ ” Dansk said. “And they sure did.”

Max Pacioretty scored 1:25 into overtime Friday to pick up the backup goalie after his late miscue in the third period and give the Golden Knights a 5-4 win at SAP Center in San Jose, California.

Pacioretty finished with two goals and an assist. Tuch scored in the third period to help the first-place Knights (15-4-1, 31 points) win their fifth straight overall despite squandering a three-goal lead.

Dansk was given the nod in the opener of a back to back against the Sharks after Marc-Andre Fleury started the past 10 games. He finished with 25 saves in his first start since Feb. 21, 2019, at Philadelphia and improved to 4-1 lifetime.

Dansk came up with a key save on Patrick Marleau during a third-period Sharks power play, but made himself sweat for his first victory since 2017.

After Sharks defenseman Brent Burns tried to spring Kevin Labanc with a long pass, the puck rolled into the Knights zone. Dansk whiffed on his clearing attempt and Labanc was able to tap in the tying goal with 1:07 remaining.

“You’re going to face challenges and that was a challenge in itself,” Dansk said. “I really just had to own up to it and go play again. There’s no other option and try to help the team once again.

“We’ve got each other’s backs out there, and we don’t ever give in or give up. It was an unfortunate play, and I’ve got to be better than that. But that’s team sports. We help each other out.”

In the overtime, defenseman Alex Pietrangelo carried the puck down low and slid a pass across to Pacioretty, who one-timed the winner past Sharks goalie Devan Dubnyk.

It was Pacioretty’s 59th game-winning goal, second-most in the NHL since 2010-11 behind Washington’s Alex Ovechkin (72). Pacioretty has scored 15 times in overtime, tied with Toronto’s John Tavares for third most in that same span. Ovechkin (17) and Boston’s Brad Marchand (16) are the only players with more.

“You’ve got to have the mindset that you have to attack on the 3-on-3,” Pacioretty said. “I’ve had a lot of looks like that as of late and I’ve got a lot of wood on them and they haven’t gone in. I kind of fanned that one and that one ends up going in so that’s just the way the game goes, I guess.”

Reilly Smith scored his first goal since Feb. 7 and Chandler Stephenson added a goal in the first period. Mark Stone finished with two assists and has nine points in his past three games.

The Knights have won three straight over their rival and are 10-1-3 all time in the regular season against San Jose. In the past six meetings, the Knights are 5-0-1 and have outscored the Sharks 21-10 over that stretch.

Knights forward Ryan Reaves, who fought San Jose’s Kurtis Gabriel off the opening faceoff of the third, was helped off the ice with 6:43 left in the period favoring his right leg. DeBoer did not provide an update after the game except to say he did not believe the injury was serious.

The Knights scored three goals on eight shots against Sharks starting goalie Martin Jones, who was pulled early in the second period after Pacioretty’s long-distance shot slipped through his pads.

San Jose answered at 6:01 of the second period when Burns’ drive from the point went in off the post to cut the Knights lead to 3-1. Officials initially didn’t see the puck go in the net, and the in-arena horn sounded in the middle of play so it could be confirmed by review.

Fourth-line forward Matt Nieto converted on an odd-man rush at 12:43 of the second to bring San Jose within a goal.

“I think the guys wanted to play hard for (Dansk) and find a way to get a win for him,” coach Pete DeBoer said. “Unfortunate bounce there at the end, but the guys dug deep, and the most important thing was he found a way to win.”

The rivals faced off for the first time since their heated encounter Feb. 13, and tensions simmered in the first period after the Knights scored two goals 1:15 apart to take control.

Smith scored his fourth goal at 5:48, snapping a 10-game goal drought. William Karlsson circled the net and drew a pair of Sharks defensemen toward him before he slid a pass to Smith, who was camped alone at opposite side of the net.

Stephenson added to the lead when he swatted a chip pass from Stone through the legs of Sharks defenseman Mario Ferraro and past Jones for his seventh goal.