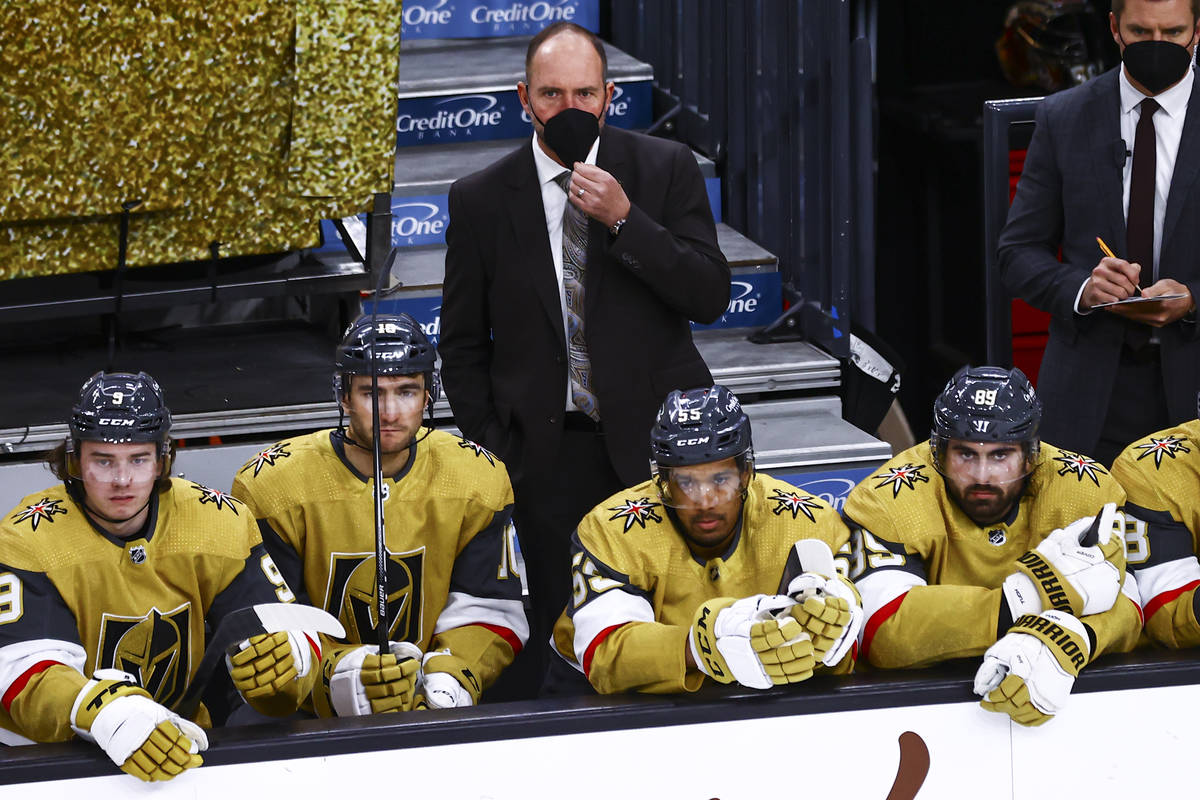 The Golden Knights didn’t request an early checkout from their hotel in San Jose, California. They were given one anyway.

Prior to Friday’s game, the Knights were among the guests booted from the Fairmont Hotel when the property filed for bankruptcy and abruptly closed.

“I think that’s a first for probably everybody on our team,” defenseman Nick Holden said Saturday.

The Knights held their morning skate Friday at SAP Center and returned to the Fairmont Hotel for their pregame meal. After players went back to their rooms for an afternoon nap, director of team services Rick Braunstein sent out a message with instructions to pack their bags and bring all their belongings with them when they leave for the game.

The NHL COVID travel protocols designate a single hotel in each city for all visiting clubs to use during road trips.

The Fairmont Hotel is one of several in the San Jose area suffering financially from the effects of the coronavirus pandemic.

The owners of the upscale 805-room hotel told the San Jose Mercury News they are attempting to find a management partner and are expected to reopen within two to three months.

“It was just a surreal experience,” coach Pete DeBoer said. “Hopefully this is the end of the COVID year, but it was almost the topping on top of the cake for what the past year has been, for everybody in the world. Just another thing thrown at you, another thing to deal with.

“Not that I’m putting it in the same breath as dealing with COVID, but it was just one of those things that we got thrown at us. We dealt with it.”

The Knights exited the Fairmont Hotel in the afternoon and jumped to a three-goal lead before winning 5-4 in overtime over the San Jose Sharks at SAP Center.

Following the game, the Knights left the arena and checked in to a new hotel. Holden suspected that the move was easiest on defenseman Alec Martinez and most difficult for Alex Tuch and Ryan Reaves, who had to pack up their gaming systems.

“I think it was pretty seamless,” Holden said. “(Braunstein) did a great job letting everybody get their preparation, pregame nap, all that stuff in. We just had to pack our bags like we were going to be leaving. Behind the scenes, everything was taken care of so we could just focus on the game last night and on today.”

DeBoer was a teammate of Keith Gretzky in juniors with the Windsor Compuware Spitfires during the 1985-86 season.

During Christmas, DeBoer said Gretzky gave him a ride back to Windsor and they stopped in Brantford, Ontario. While there, DeBoer met patriarch Walter Gretzky and toured the family’s home, including the famous basement filled with memorabilia from Keith’s brother, Wayne.

Later, while DeBoer was coaching in Florida, his oldest son played in a hockey tournament in Brantford and Walter Gretzky dropped the puck for the ceremonial faceoff.

“Always willing to give back,” DeBoer said. “Amazing man and a tough loss for hockey.”