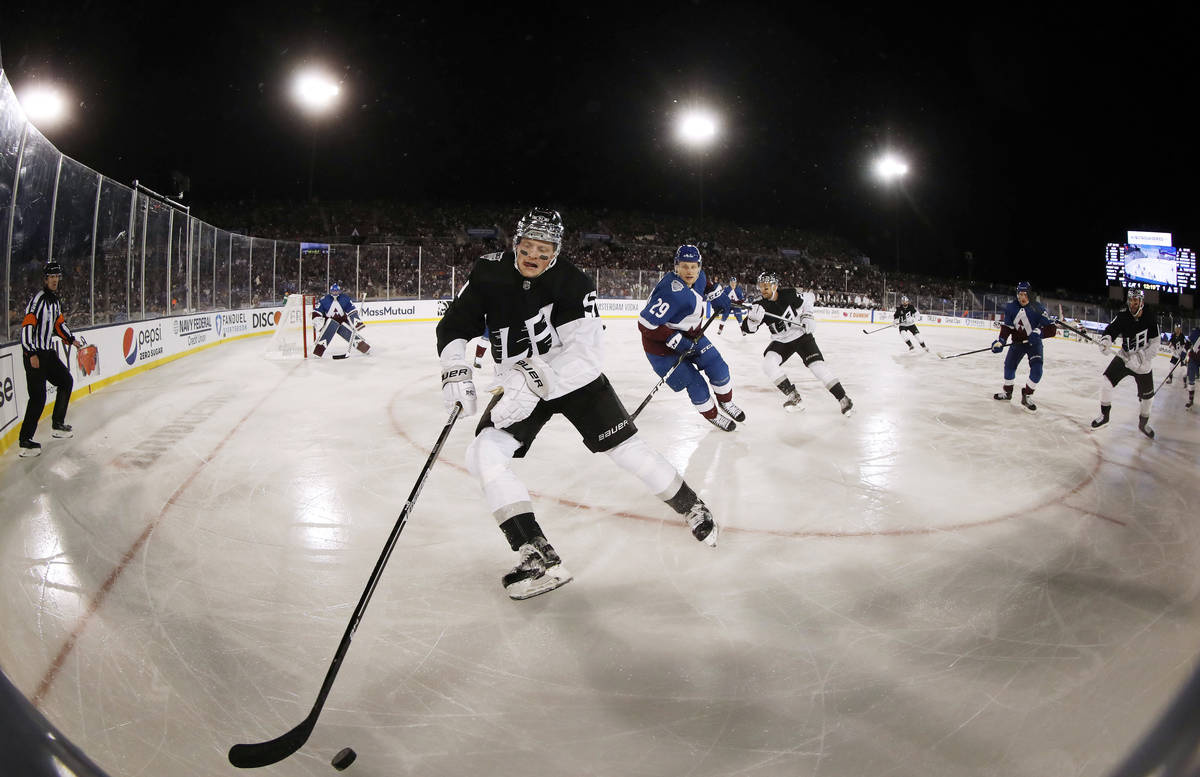 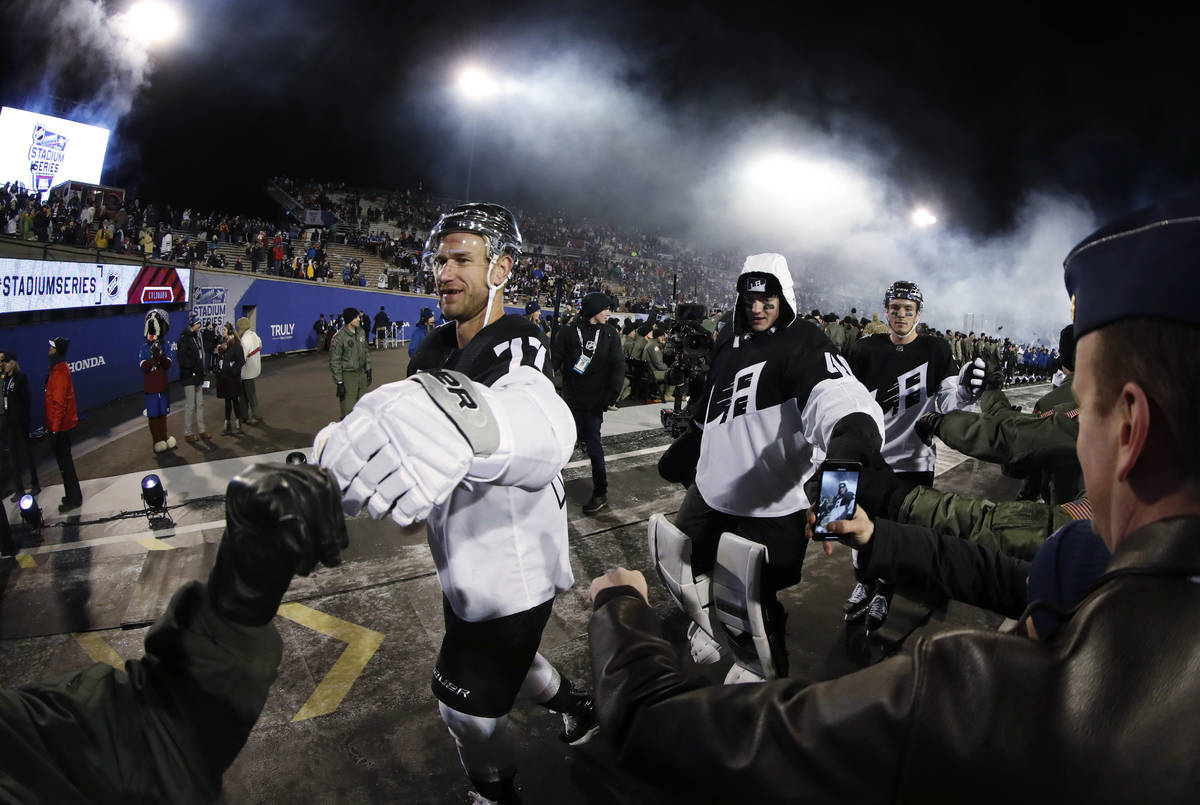 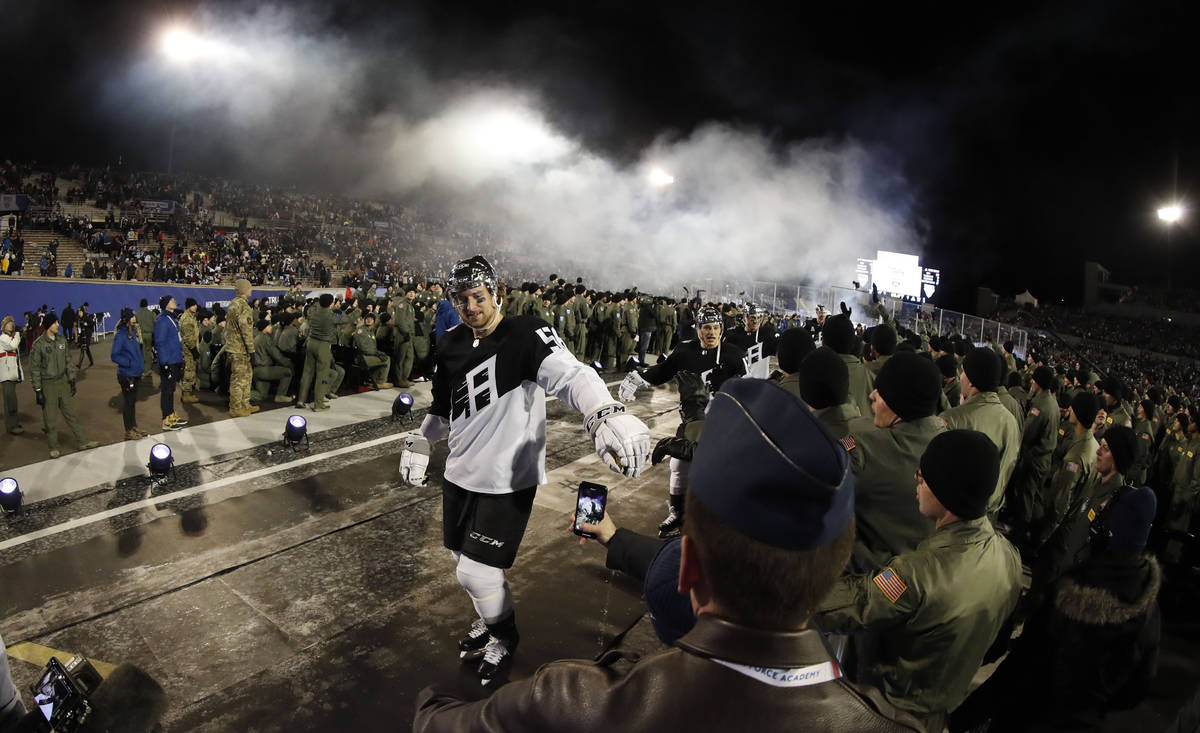 Los Angeles Kings defenseman Kurtis MacDermid is congratulated by cadets while heading back to the locker room after the team's NHL hockey game against the Colorado Avalanche on Saturday, Feb. 15, 2020, at Air Force Academy, Colo. The Kings won 3-1. (AP Photo/David Zalubowski) 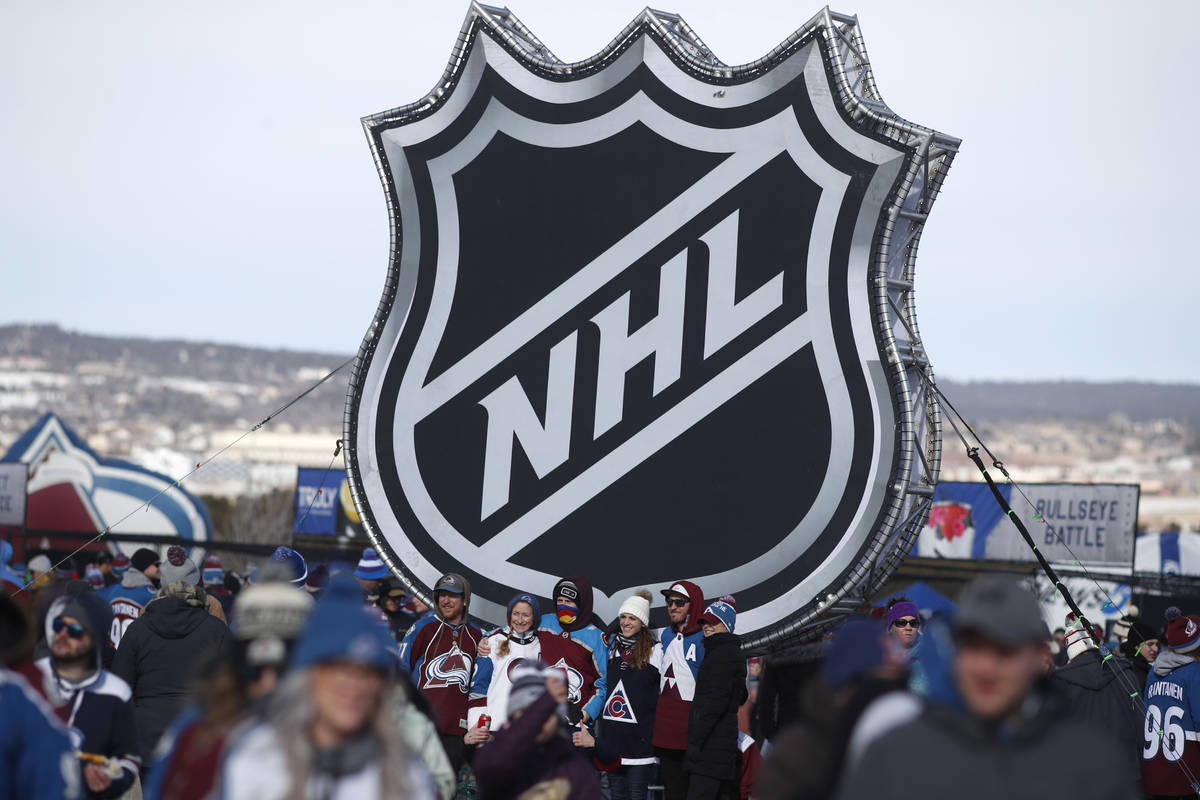 Most hockey players first fall in love with the sport outdoors, whether it be on a rink, pond, lake or anything in between.

It only makes sense that the NHL started to take its games there in the 21st century. Outdoor hockey has become one of the league’s key traditions in the past 14 seasons, with multiple games taking place outside each year since 2014.

“It’s one of the purest forms of the game that we can play,” Avalanche captain Gabriel Landeskog said. “Obviously, outdoors, most of us grew up skating on lakes and outdoor rinks. It just makes it very special to be able to do that at the highest level possible.”

Saturday’s game in many ways takes the NHL full circle because one of its first outdoor experiences was in Las Vegas. The first outdoor game between two of its teams was an exhibition between the Los Angeles Kings and New York Rangers on Sept. 27, 1991, at Caesars Palace.

The Kings, featuring superstar Wayne Gretzky, won 5-2 before a sellout crowd of 13,007. The game did have a few snags. The ice was fine despite the usual high September temperatures. But a swarm of grasshoppers was unexpectedly drawn to the bright lights and shiny surface and froze on the spot.

Still, it proved an outdoor game was possible.

“(Kings owner) Bruce (McNall) thought we were nuts,” said Rich Rose, then-president of Caesars World Sports. “But the more we talked, he got it. He was all about promotion, he realized bringing Gretzky (to Los Angeles) was so valuable. I said, look, if you guys are in, we will figure out a way to do it. And they said we’re in.”

The NHL took the next step Nov. 22, 2003, by playing a regular-season game outdoors. The Montreal Canadiens defeated the Edmonton Oilers 4-3 at Commonwealth Stadium in Edmonton, Alberta, before a crowd of 57,167, which easily set the league’s single-game attendance record. It was the first game of the Heritage Classic between Canadian teams.

That emboldened the NHL to create its signature outdoor event: the Winter Classic. Played for the first time in 2008, it matched the Pittsburgh Penguins and Buffalo Sabres on New Year’s Day at the Buffalo Bills’ Ralph Wilson Stadium.

More than 71,000 fans piled into the stands to see the Penguins win 2-1 in a shootout. The game was a hit beyond New York, too. A light snowfall made the scenery perfect for NBC’s telecast and gave the NHL its highest rating for a regular-season game since 1996.

“It’s the best hockey to play,” said Knights goaltender Marc-Andre Fleury, who was at the game with the Penguins but didn’t play because of an injury. “Growing up, I always thought playing outside was the best memories of hockey growing up.”

The success of the Winter Classic put the NHL’s outdoor efforts into overdrive. The game became an annual New Year’s Day tradition and the marquee event of the regular season.

The league took that formula — big arena plus exciting matchup equals made-for-TV spectacle — and applied it regularly afterward. The NHL scheduled additional outdoor games with the launch of its Stadium Series in 2014, giving teams that couldn’t land a Winter Classic a chance to play outside after New Year’s Day.

The Lake Tahoe games — the Philadelphia Flyers and Boston Bruins will play Sunday — represent another step in the outdoor evolution. It’s the first regular-season event in which the NHL didn’t enter an existing stadium and set up a rink. Instead, it built a venue on the 18th fairway of a golf course.

The league hopes the setup will allow Lake Tahoe’s natural scenery to shine through and make for a compelling TV visual. It could lead to similar events if it resonates with fans.

“It’s going to be a hockey spectacular,” said Steve Mayer, the NHL’s chief content officer. “If we do get a great response, I think at the league office we’ll talk about what the future of games at crazy, beautiful, wonderful landmark places happen to be.”